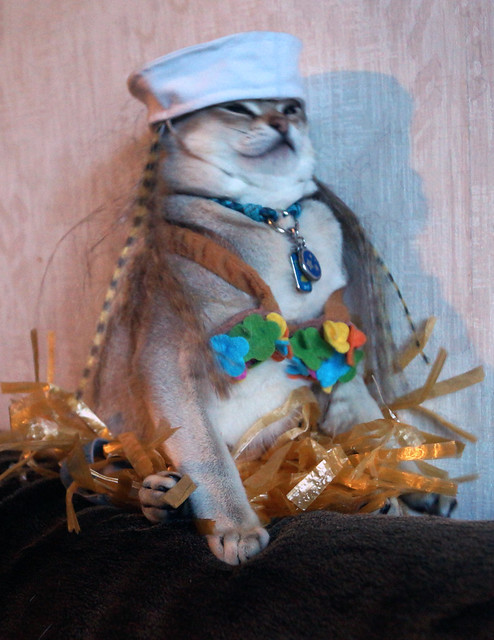 So we dressed up this year. First up was Izaak, wearing the infamous “Honey Pie” costume. Let’s just say…he’s not a natural. 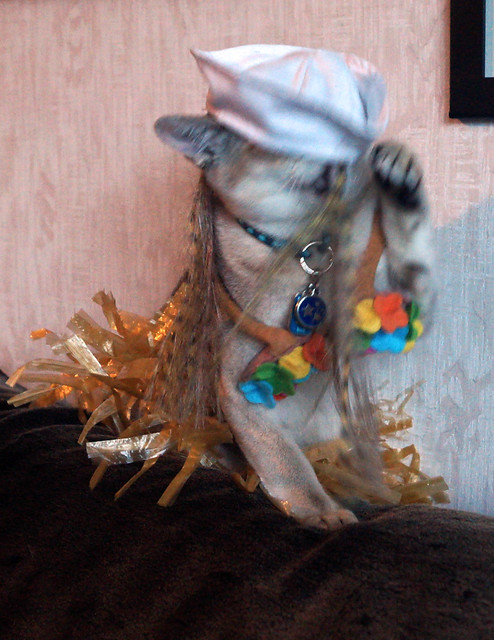 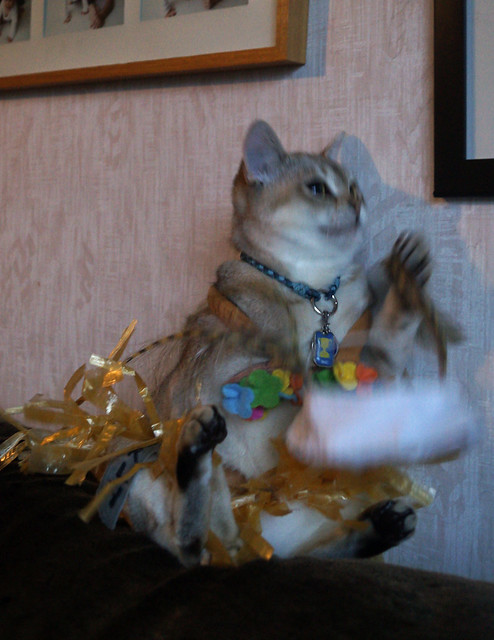 He had a hard time with the hat in particular. 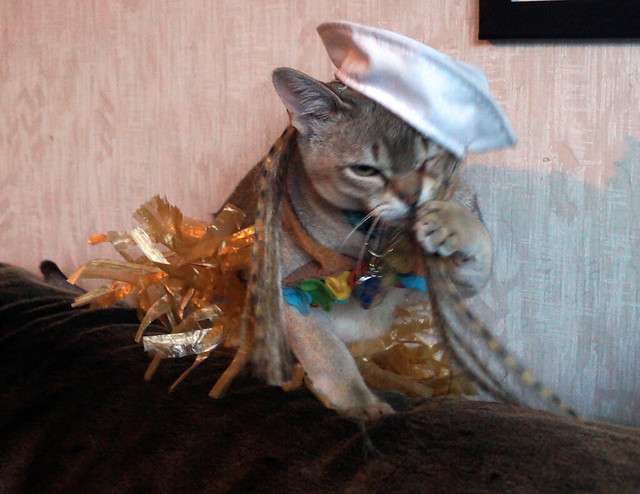 And then he was very distracted by his hair. 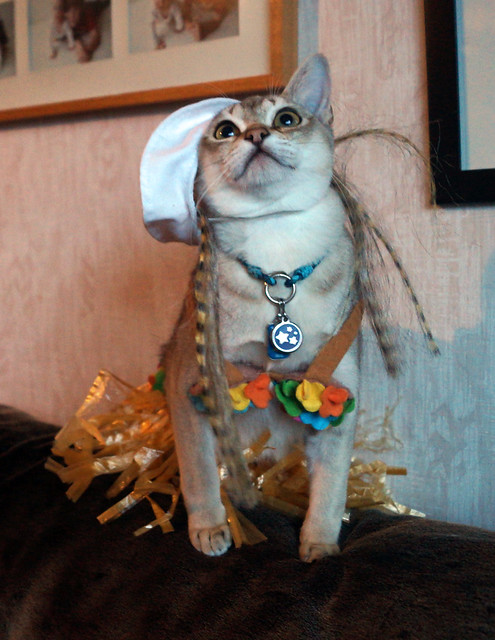 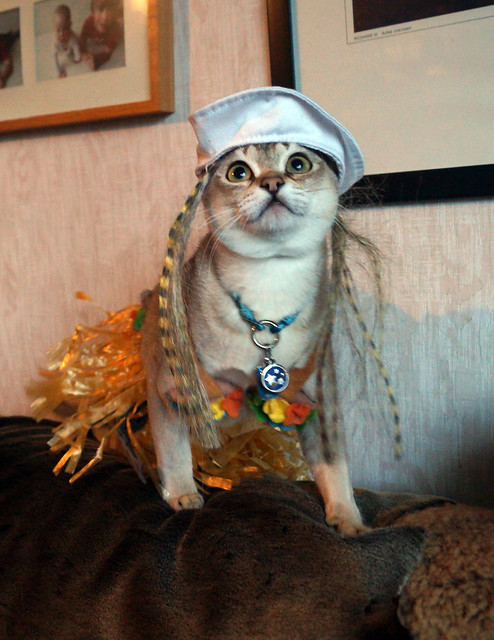 In the end, he managed to get a couple of awesome shots, though. 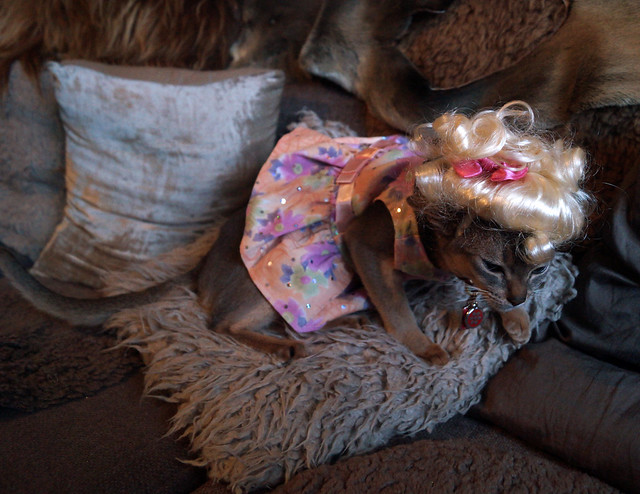 Next up was Lorelai. No real costume for her, just a pretty dress and a blonde wig. 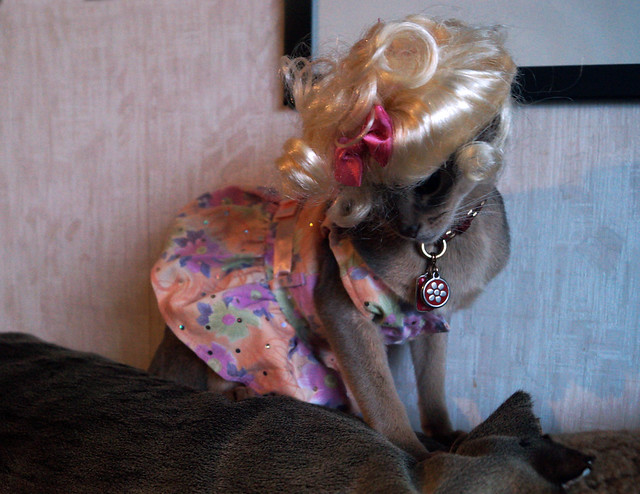 Rory had as hard a time with her wig as Zak did with his hat/wig combo. 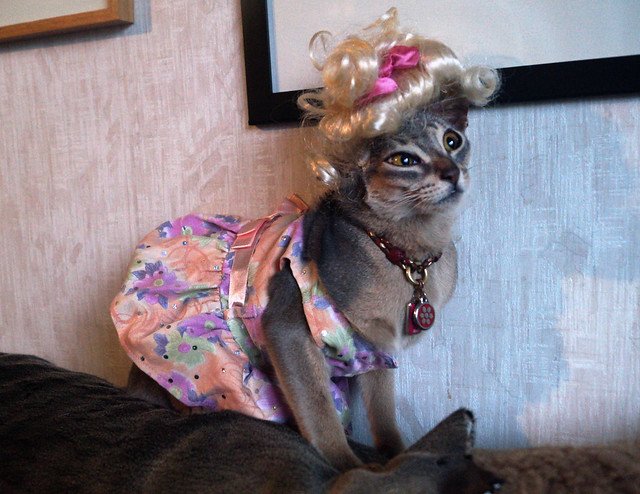 It would have looked cuter on her if she’d have stopped making faces. 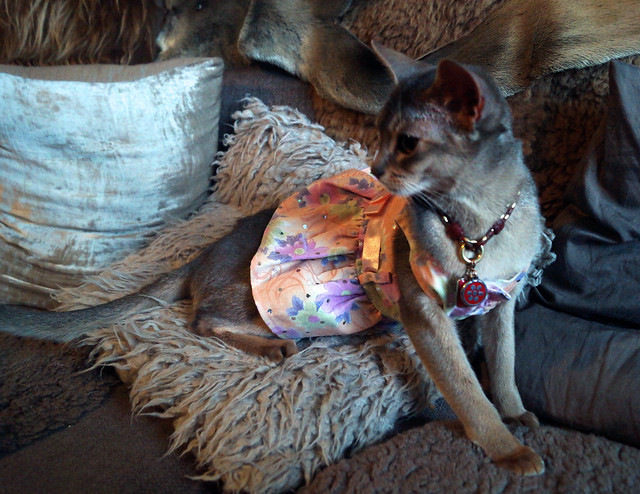 She didn’t mind the dress, though. Just the wig. 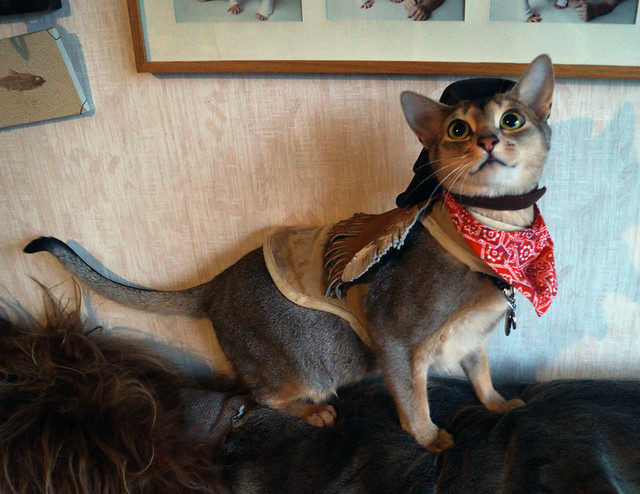 Next we had Alfred, wearing Jacoby’s cowboy outfit. 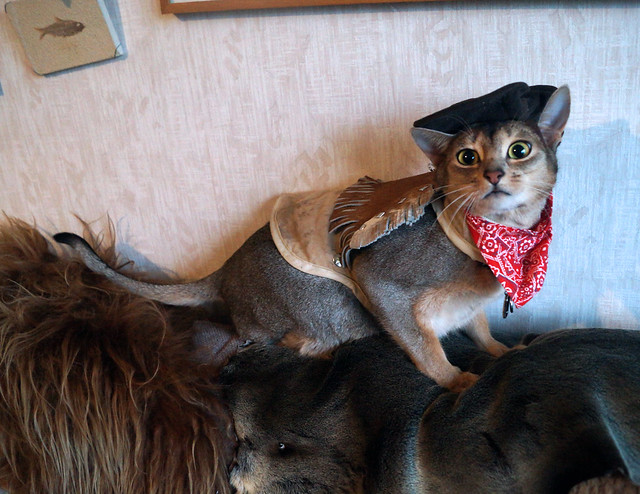 Given how hard it was to get him to wear his Red Sox outfit, I was pleasantly surprised at how well he wore this costume. 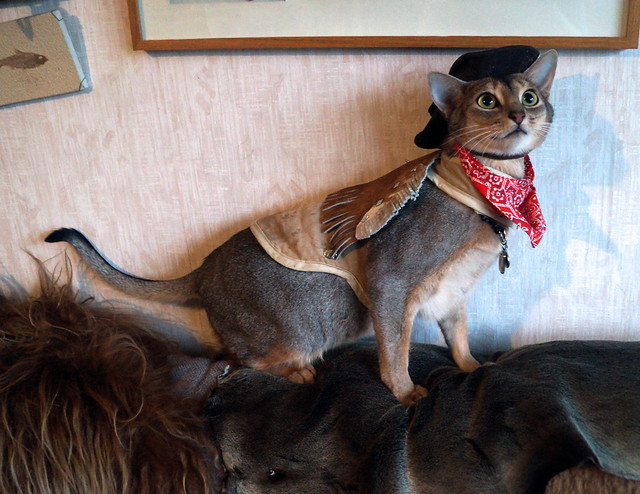 He had a little trouble with the hat at first, but ended up rocking the western look. 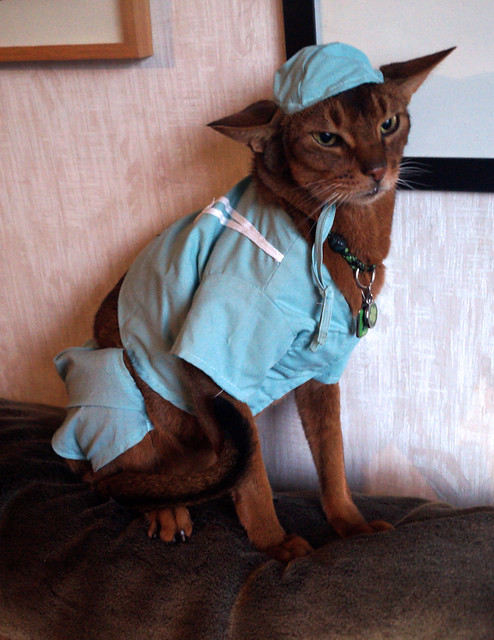 Jake, of course, has so many outfits to choose from; apart from the dresses, they’re basically all his. After going through them, I thought it would be fun to reprise his doctor’s scrubs outfit. 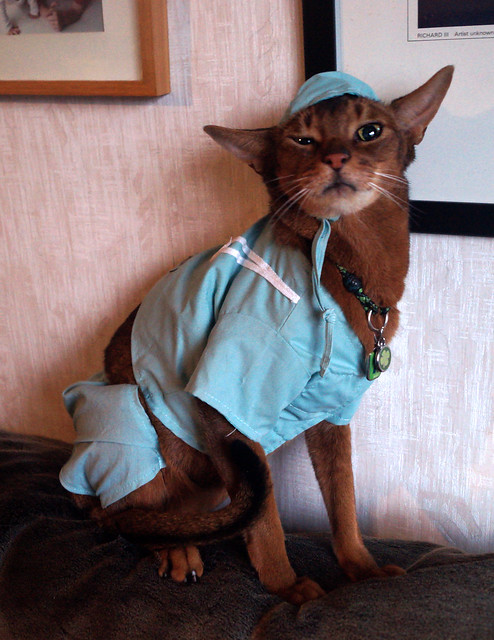 It took him a second to remember how to wear the cap. 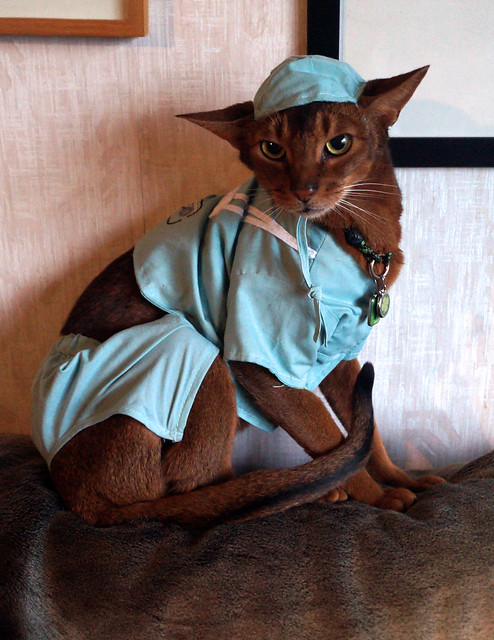 His ears aren’t really airplane-angry. It’s just the hat’s elastic that makes them look like that. 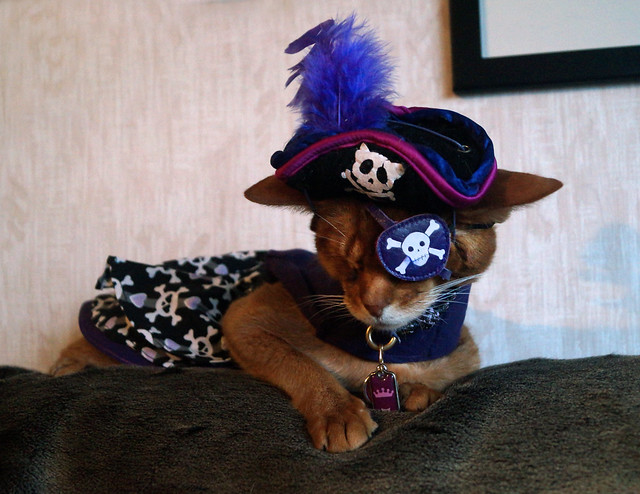 Last, but not least, we have Angel. Who, of course, wore her pirate’s costume. 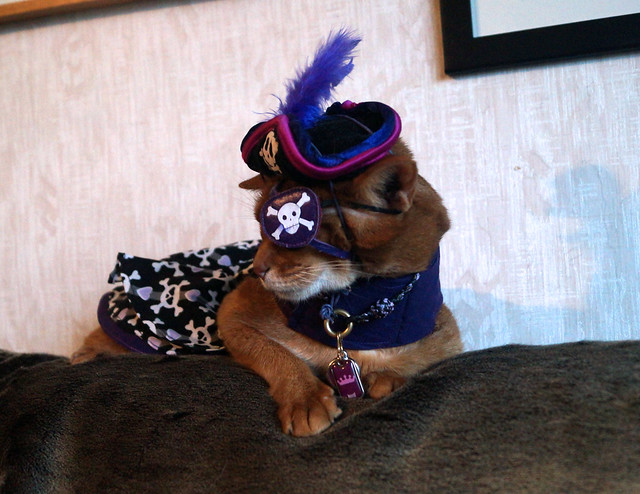 Which she wore like a boss. Of course, she pretty much only ever wears this costume and no other, while Jake wore one he han’t done in years, and the younger cats had never worn a costume at all. 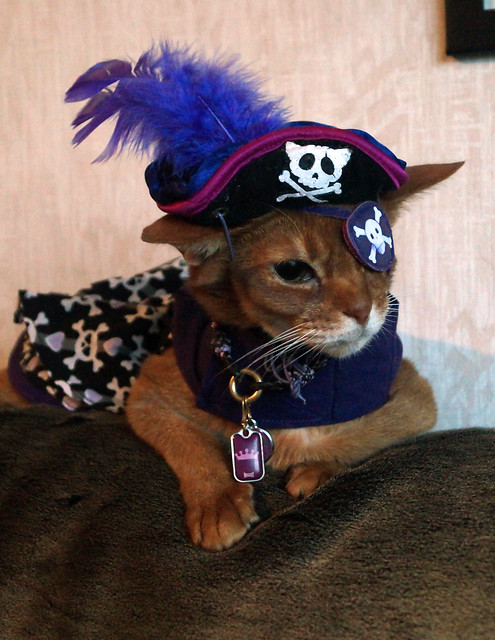 It’s not often that Angel is the best poser of the bunch…but there’s a first time for everything!