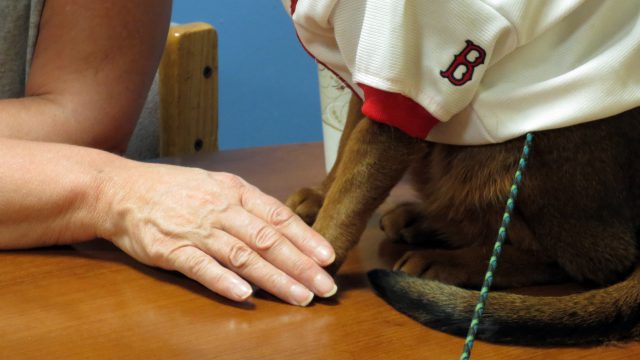 On Sunday, the Boston Red Sox won their fourth World Series in fourteen years, which is incredibly awesome. Even more awesome, I was able to watch them every step of the way, because just this year, Swedish television started showing MLB games. I mean, I have been here for over two years, but when I saw they were (finally) showing baseball, I was so happy. 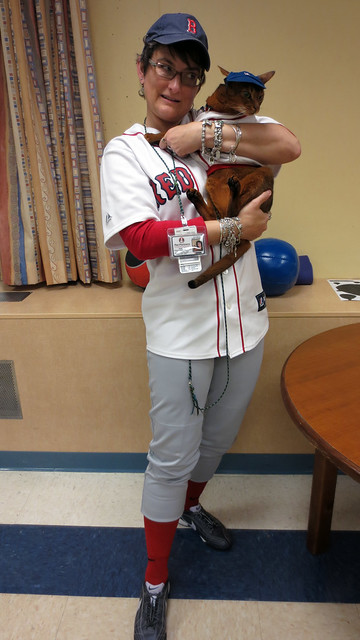 It also reminded me of when they won five years ago. About a week before they won, at the beginning of the series against the Cardinals, Jacoby and I went on a therapy visit to the Fuller Center in full Red Sox regalia. 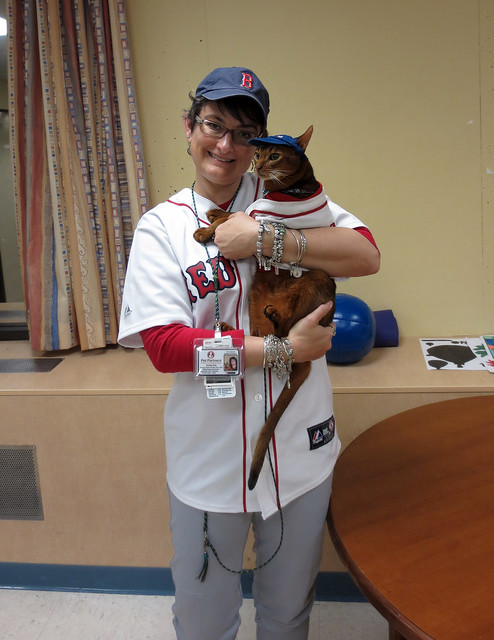 We rocked it – I even found some real baseball pants to go with my jersey. 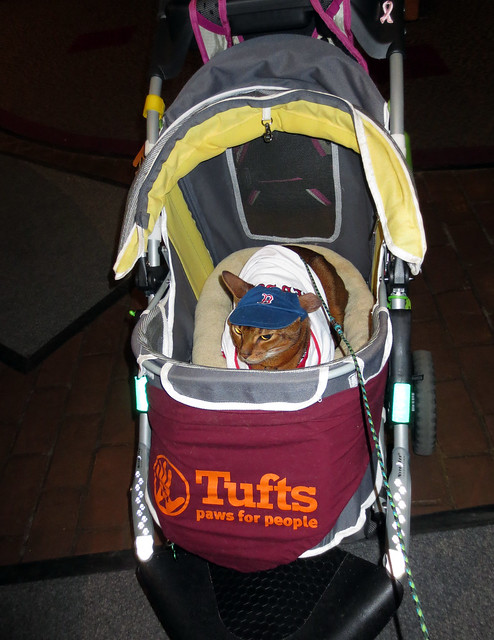 Jake was so good about wearing his Red Sox hat. 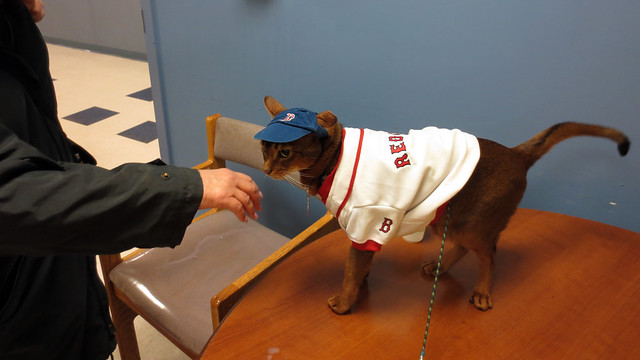 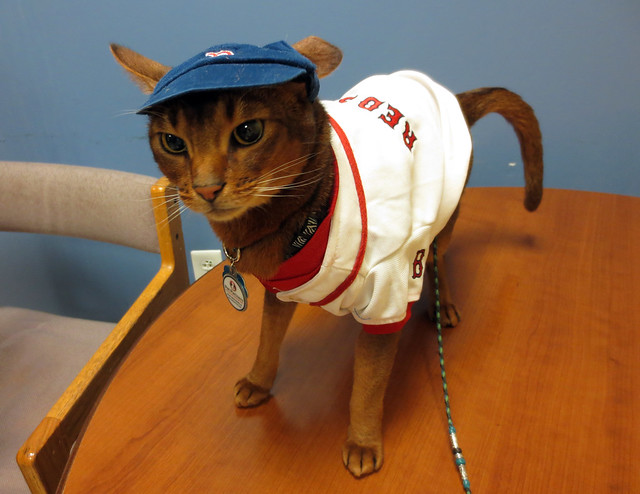 He actually wore it for most of the visit. He’s such a good boy. 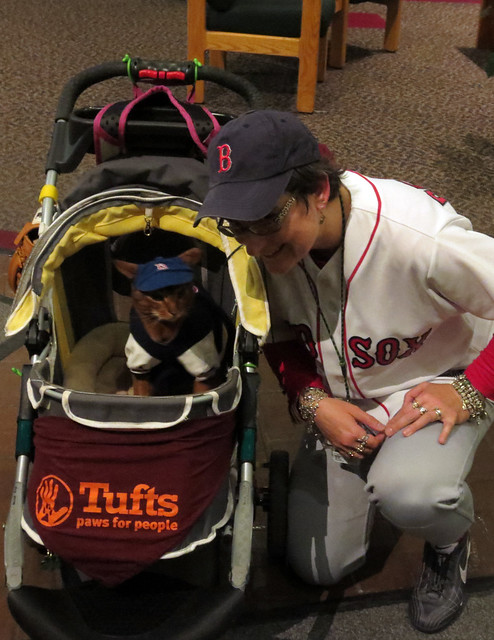 I actually miss going on therapy visits, with Jake or with anyone else (Lorelai and Izaak, I think, would also be great therapy cats), but there doesn’t seem to be anything like that in Sweden. Too bad, too…because Skaraborg’s Sjukhuset is really close to where we live and super easy to get to by bus