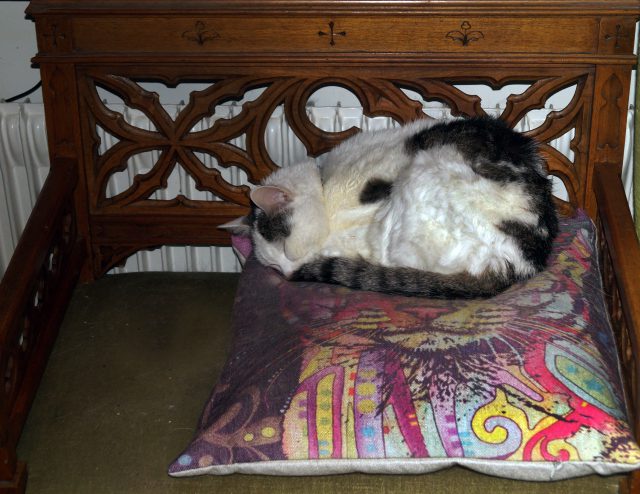 A couple of years ago, Sherry sent me a Dean Russo Abyssinian print cushion cover for Christmas. We thought it would be the perfect cover for Pyret’s pillow…and she agreed. 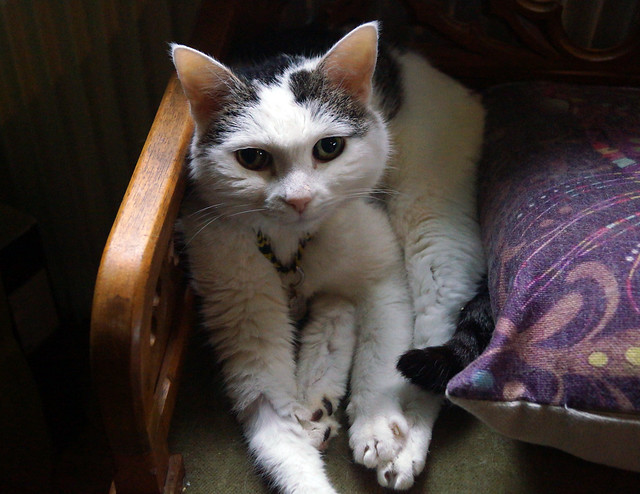 Sometimes, though, she sat next to it, rather than on it. Not sure why, but okay… 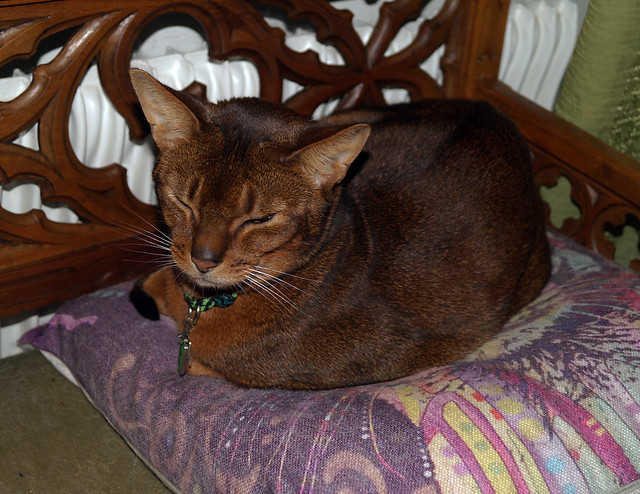 Occasionally, when Pyret was sleeping in one of her other spots, Jacoby would commandeer her pillow, but he was the only cat who ever slept on it apart from Pyret. After she died, nobody slept on it. For months, it just sat there unused. 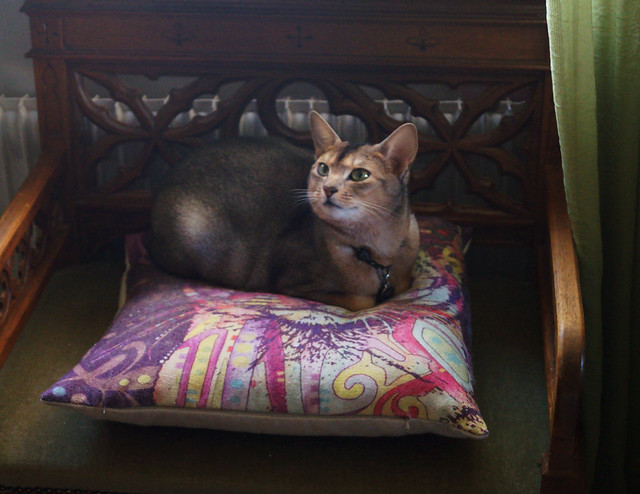 Until recently. In the past month or so, Alfred has taken to using Pyret’s pillow. It’s near the radiator, so perhaps that’s a factor, or maybe it’s to do with the afternoon sun…but I have no idea why it sat empty for so long, or why Freddy decided to start napping there. 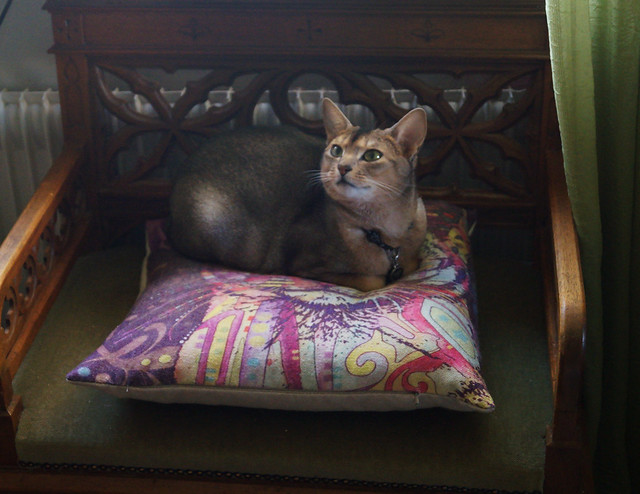