Today is Thanksgiving back in the States, but we actually had our “Thanksgiving” dinner last Thursday. 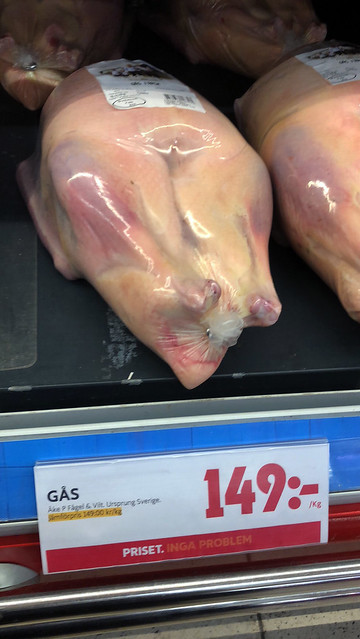 The reason for this is more utilitarian than anything else. Since last year, I have wanted to cook a goose. In Sweden, geese are traditionally cooked for St. Martin’s Day, celebrated on 10 November. I didn’t know this last year when I first saw whole geese in the shops last year…I wanted to get one for Christmas, but by the time I was ready to buy one, they were nowhere to be found! Because they are only available in early November. 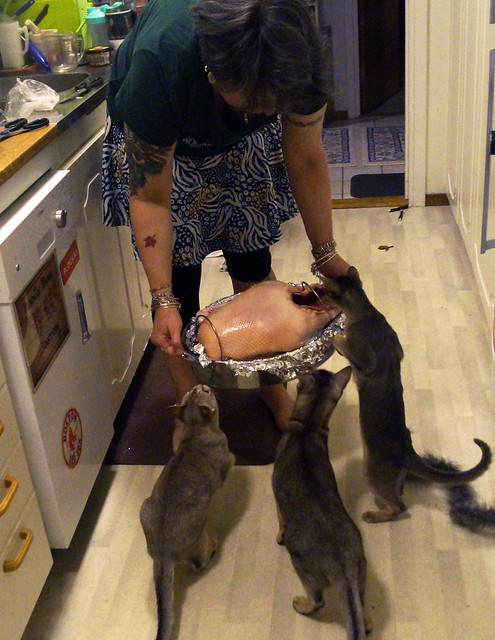 This year, I was on full alert for geese, checking all the stores for geese. And I found them at two stores. I snagged a better deal than the above for the one we had for our early Thanksgiving, but Björn (who works at the same mall that the supermarket I took that photo at is in) got a second one we froze for a third of the price. But for the first one, I wanted to cook it fresh, not frozen, and the use-by date was the 15th…so, we decided to have Thanksgiving a week early. 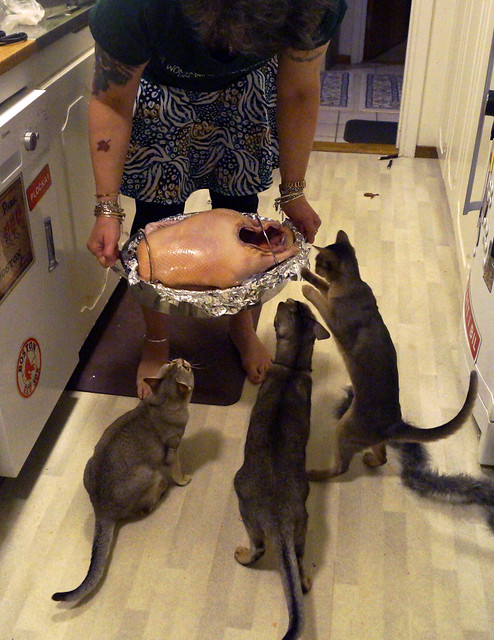 I have cooked whole chickens, turkeys, pheasants and ducks, but never a goose. I followed my usual Chinese-style, boiling-water-to-tighten-the-skin trick, and I even found a kick-ass Asian-style roast goose recipe.

The thing to keep in mind, here, is that the goose weighed 5kg. Of our five cats, the one who weighs the closest to that is Alfred, who, the last time I weighed them all, came in at 4.7kg. Yep, that’s right…Freddy officially weighs more than Jacoby! 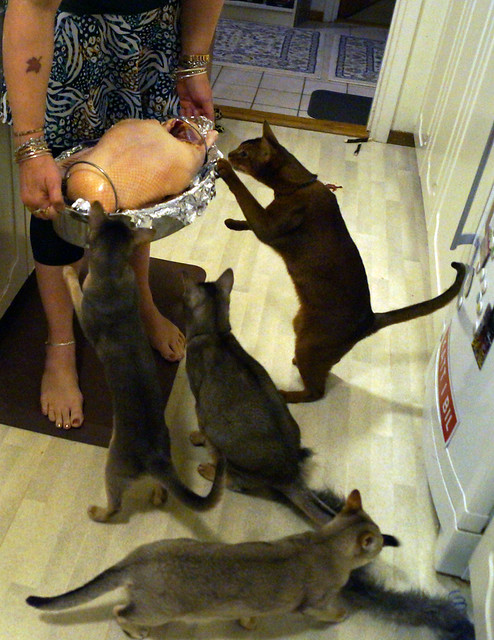 None of the cats was the least bit intimidated by food that weighed more than they did. 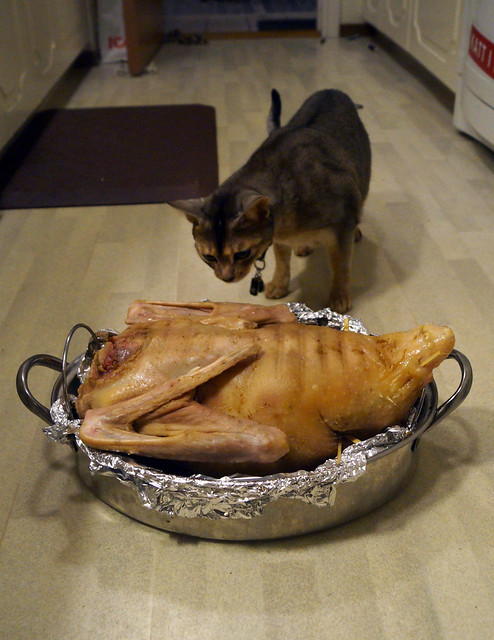 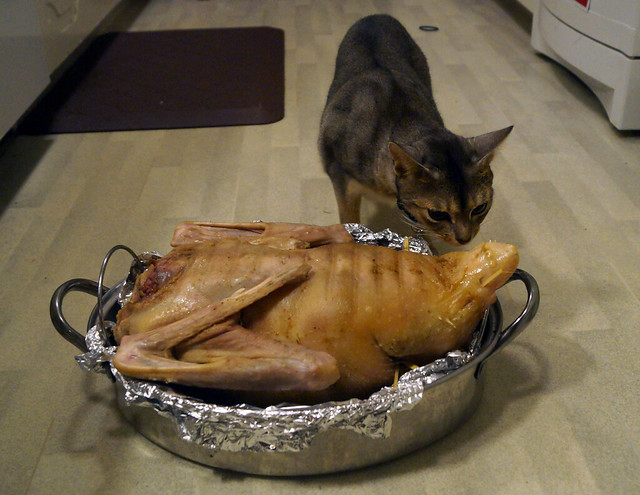 Freddy even tried to take a bite! 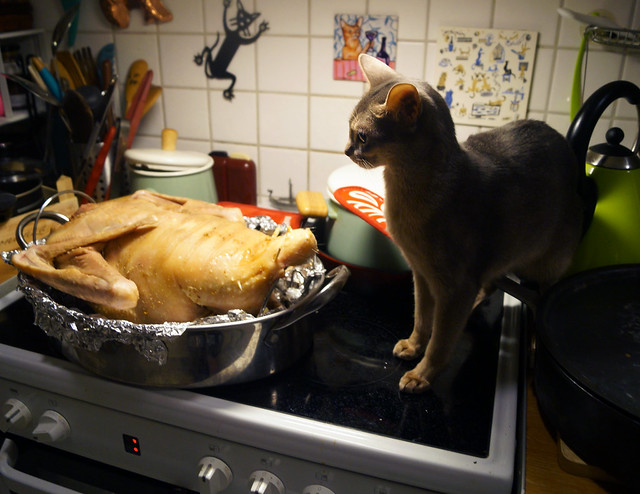 Lorelai is our smallest cat – smaller even than Izaak! She only weighed 2.4kg the last time I weighed them. She was very impressed with the goose. 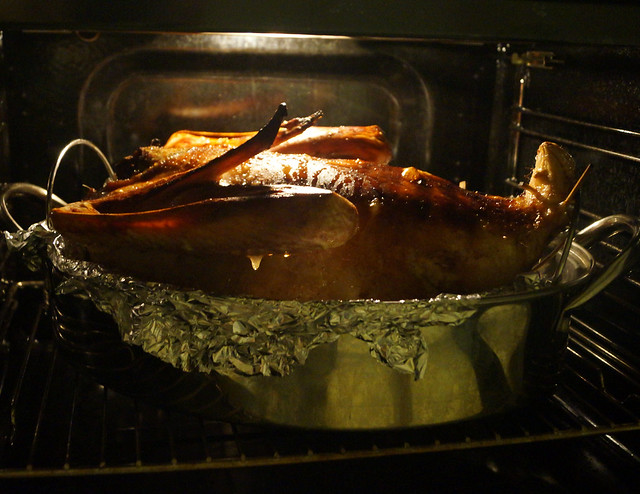 Another trick I use when cooking birds is to start cooking it breast down (upside-down from the way people usually roast a turkey). This way, the juices run DOWN into the breast and keeps it moist. Then for the last hour, the bird is flipped over so the breast can brown. Goose cooks a lot faster than turkey, though, which I was not expecting. I’ll know better next time. 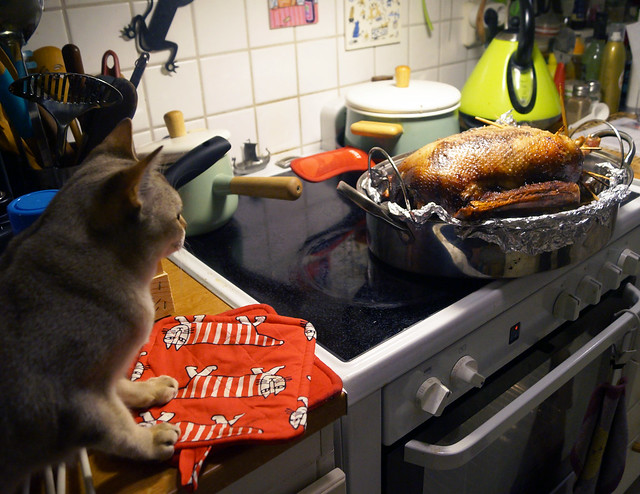 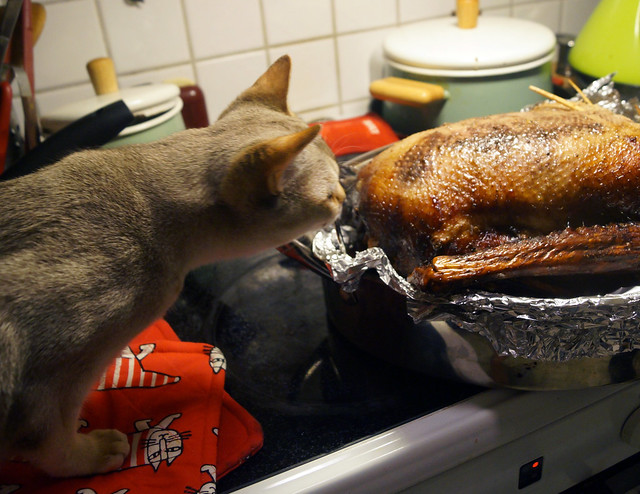 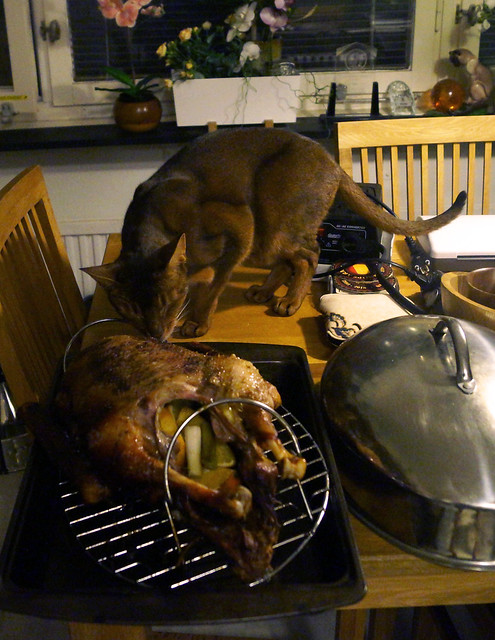 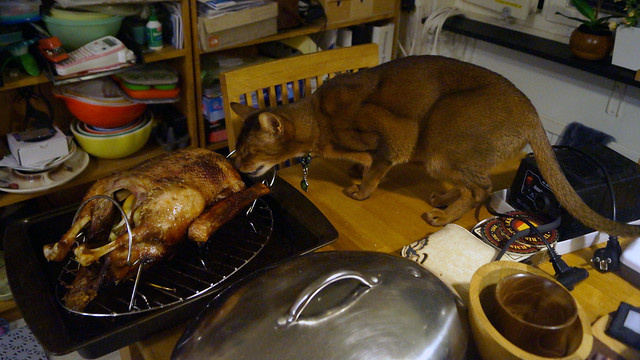 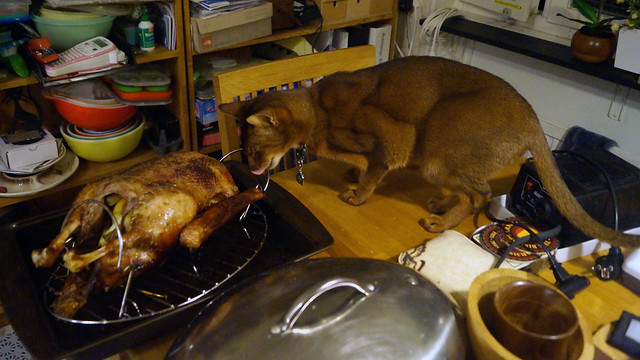 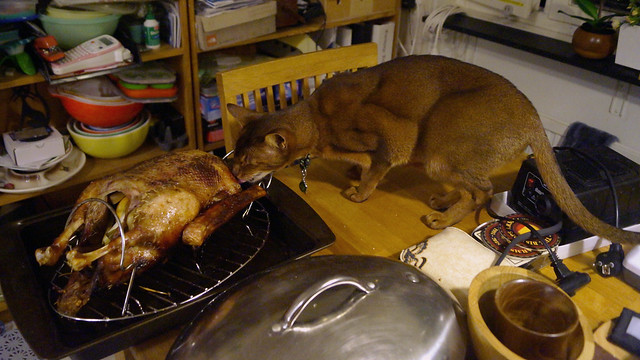 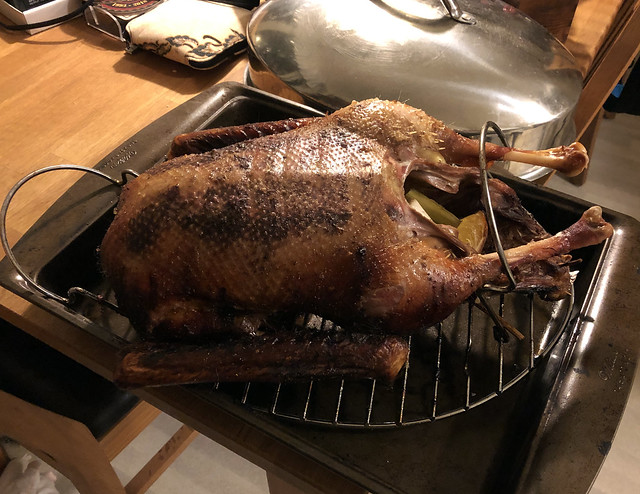 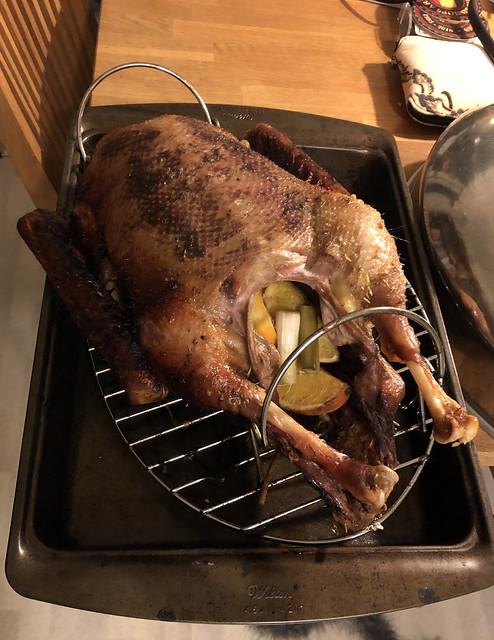 I don’t cook my birds with stuffing per se, but I do stuff the inside cavity with ginger, garlic, scallions, and, for this particular recipe, orange wedges. It adds flavour to the meat from the inside. I also boil them down with the carcass when I make stock, which makes for very tasty soups. 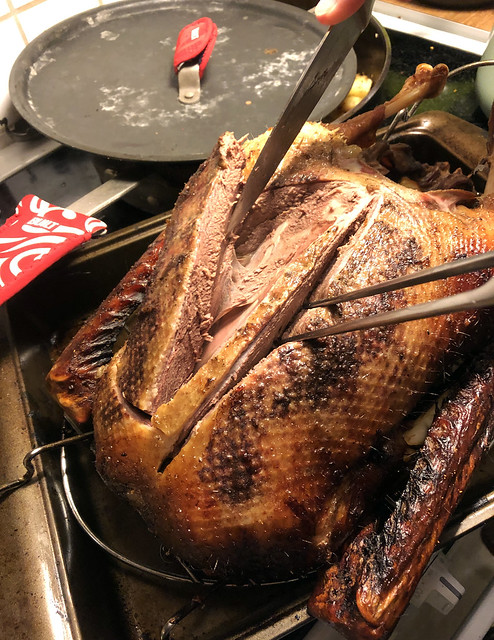 The meat inside is so much richer and more flavourful than turkey…but overall, it seems there is less edible meat per kilo than a similar-sized turkey. All in all, an interesting exercise. I can’t wait to try it again!

3 thoughts on “Aby-a-Day- 22 November: Happy Thanksgiving, or, as we call it in Sweden, “Thursday””