On Thursday, I posted about our early Thanksgiving goose. But I saved the best part for today…and of course, the best part of any bird is the neck! Usually, I bake it alongside the bird and eat it myself as a snack. But since Izaak loves his chicken necks so much, I decided to let him have the goose neck. 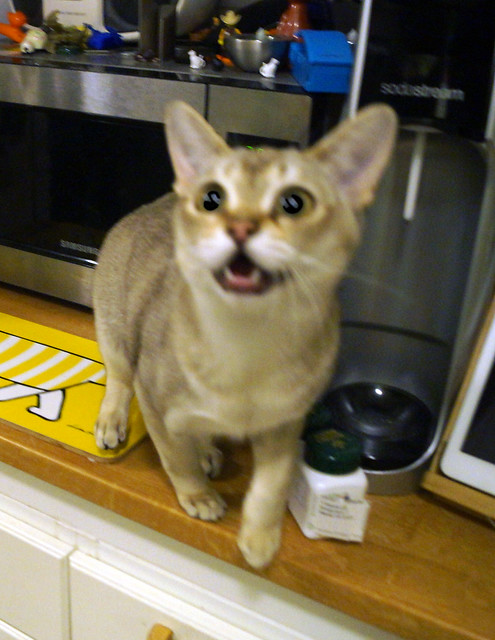 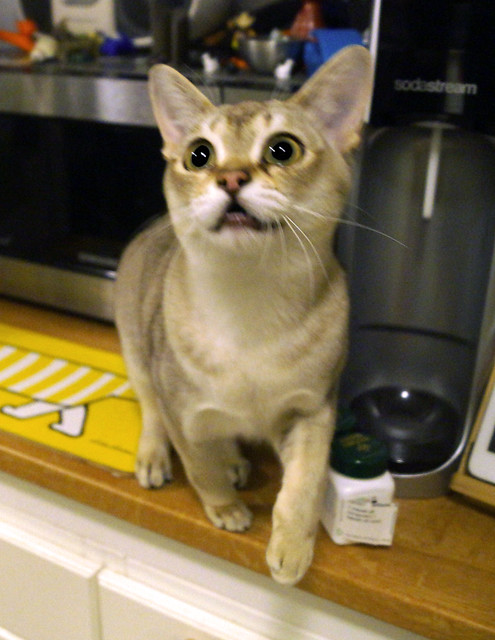 I know these photos are blurry, but look how excited he is! 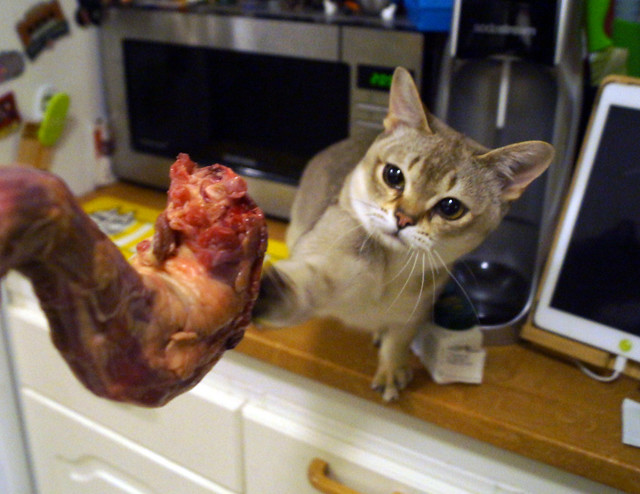 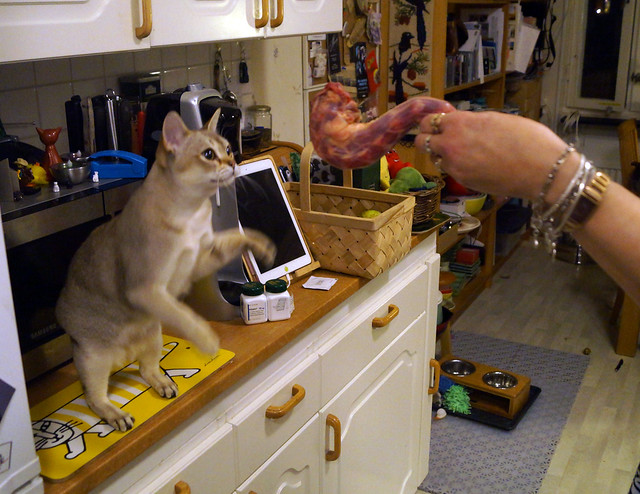 The neck was nearly as long as he is! 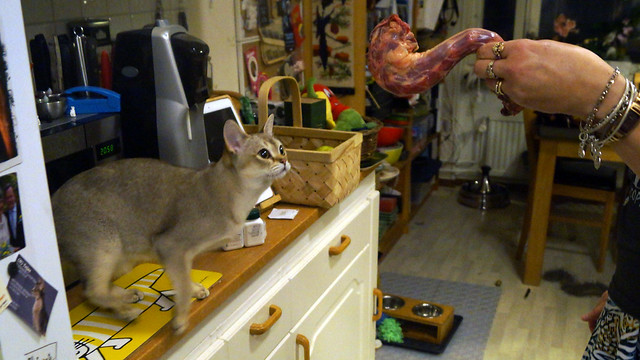 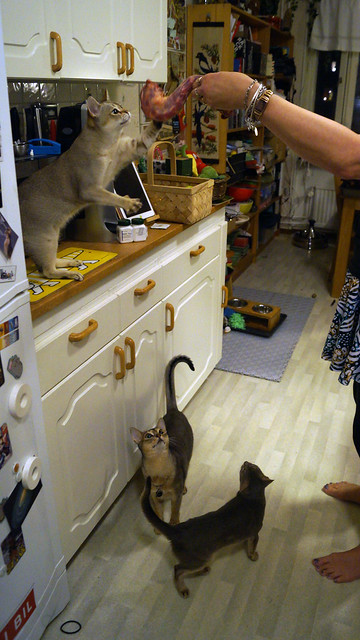 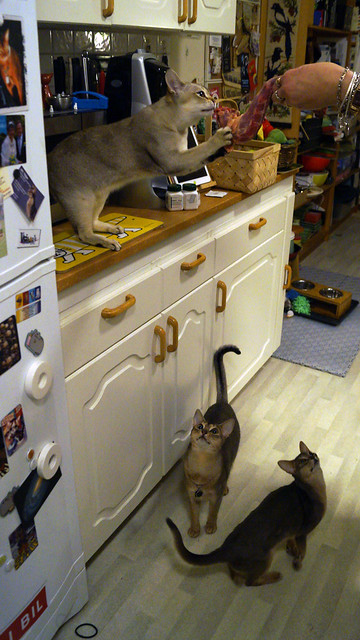 Lorelai and Alfred were very interested in the neck, too. 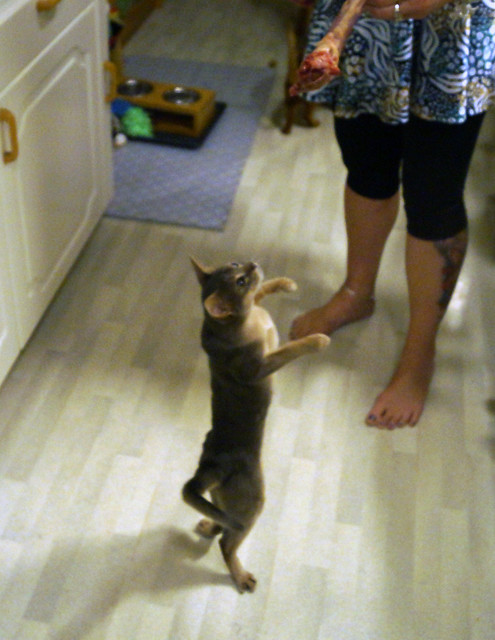 Rory was willing to dance for it! 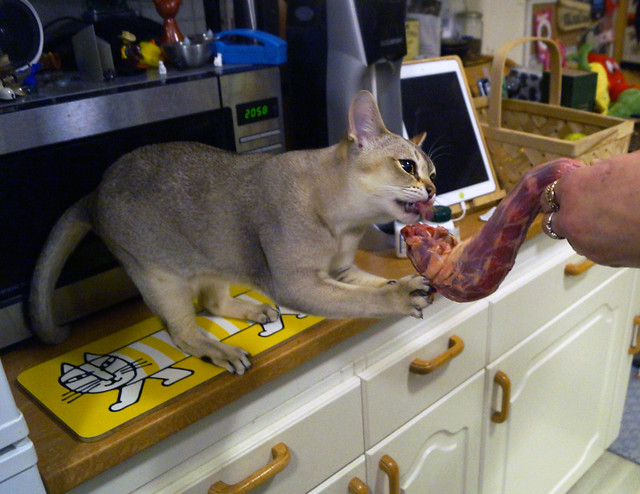 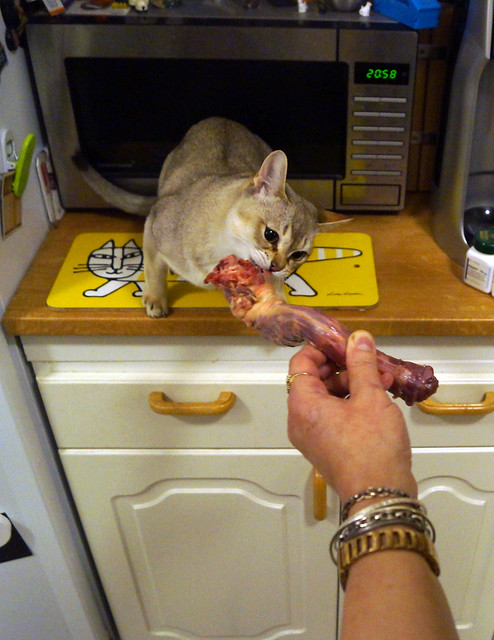 It’s hard to see in the photos, but Zak is really pulling on the bone! He’s like a little terrier. 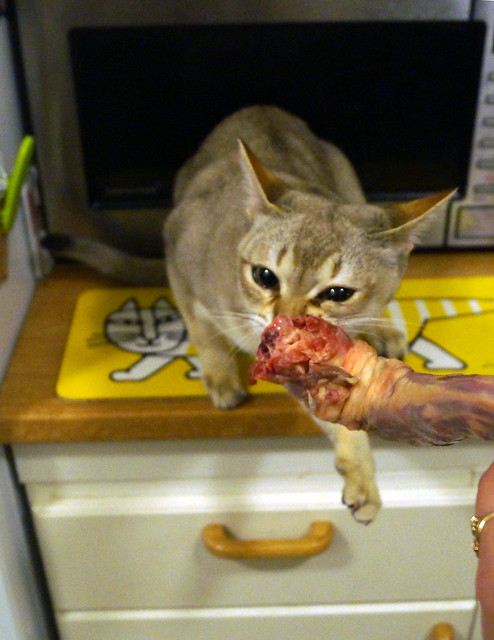 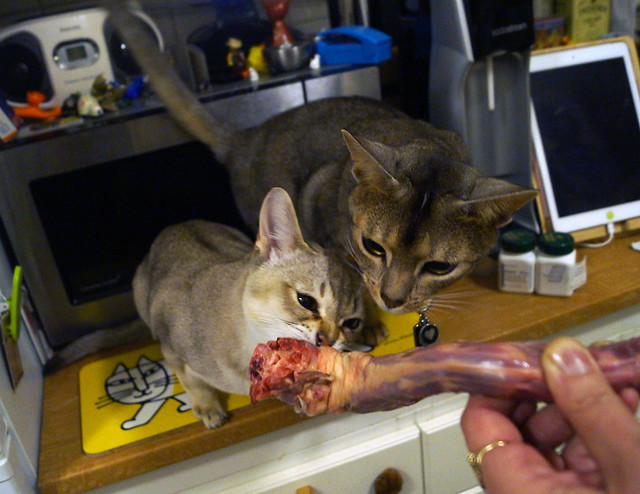 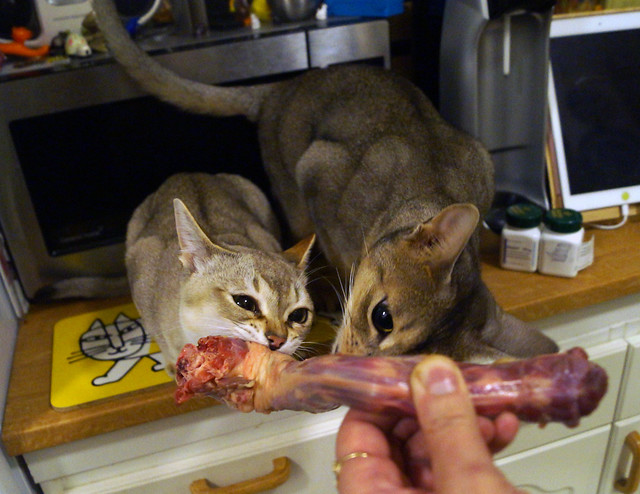 The growling got louder when Freddy couldn’t stand it any more and hopped up on the counter to get closer to the meat. 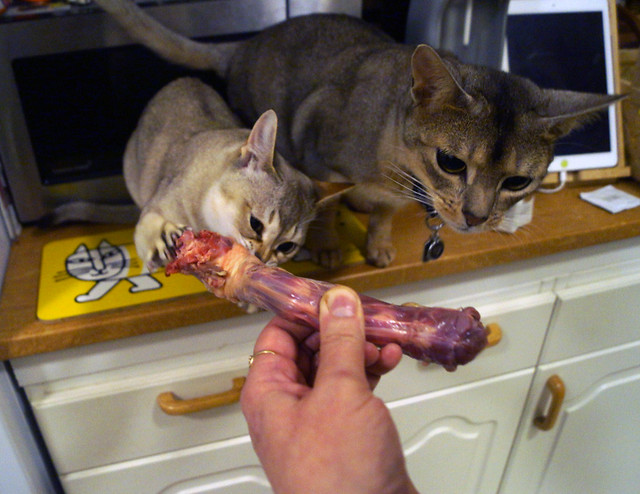 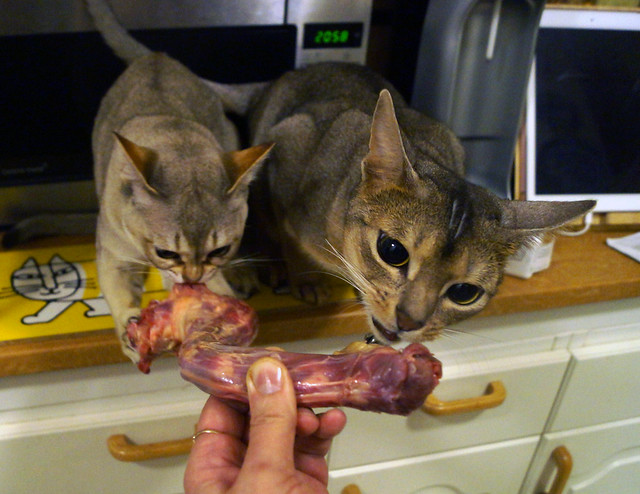 You have to admire Freddy’s chutzpah, though…despite the growling from the little Singa, he still tried to take the neck. 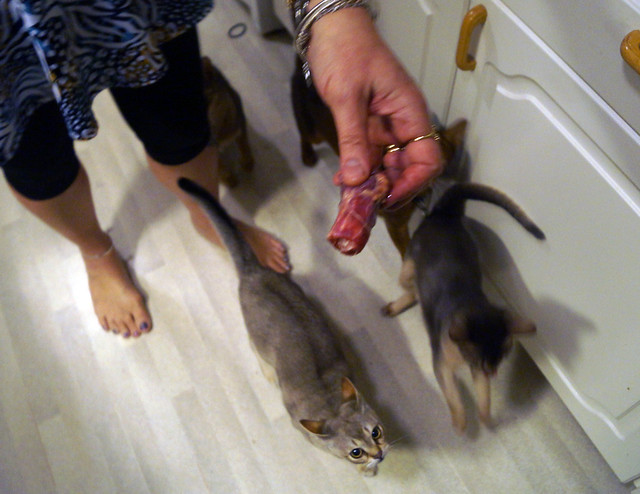 Finally, I cut off a small piece of the neck and gave it to Zak. 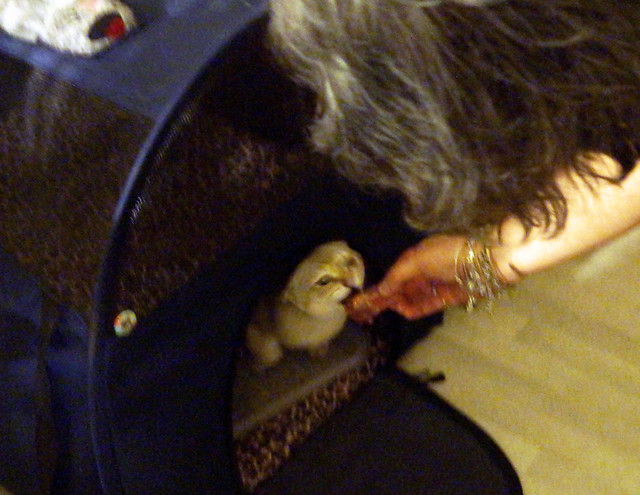 I always give him his neck in the house, so he can eat them without being bothered by the others…and also so it doesn’t get dragged all over the house. 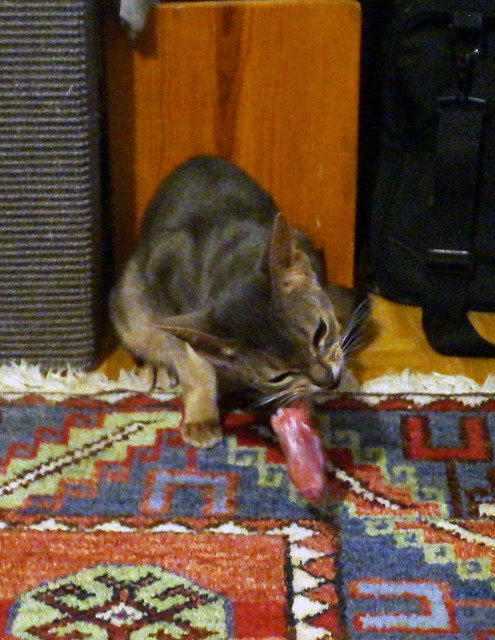 However, it turned out that, excited as Zak was about the prospect of the neck…he doesn’t like goose necks. So, when I opened the house to let him out, Rory stole the neck… 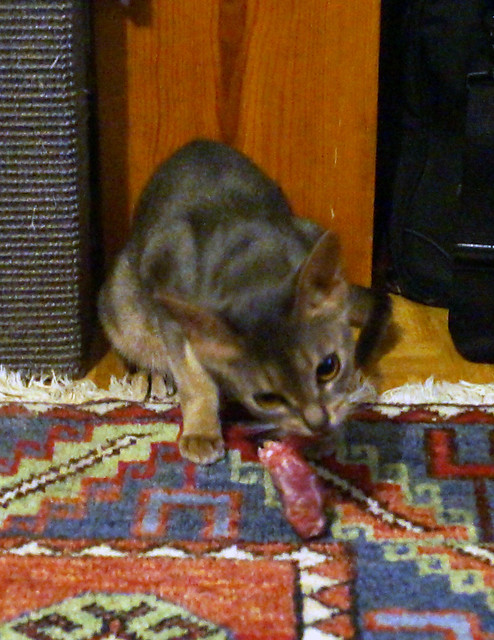 …and proceeded to eat it in the living room. 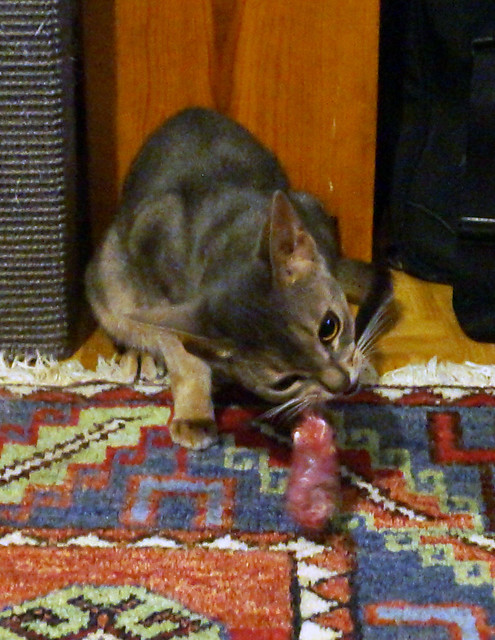 So much for not having raw meat dragged all over the house, eh?