There’s an interesting holiday custom in Iceland: the Yule Cat (Jólakötturinn). According to legend, the Yule Cat eats people who don’t get new clothes for Christmas. 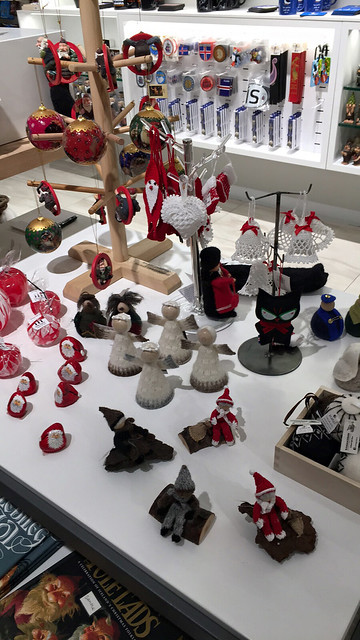 It’s actually kind of hilarious. When I went to Sweden for Christmas in 2015, I had a stopover in Reykjavik and I saw him for myself. It’s like happy little santas and elves, pretty white angels, sparkly snowflakes and snowmen…and then, WHAM! ANGRY BLACK CAT! 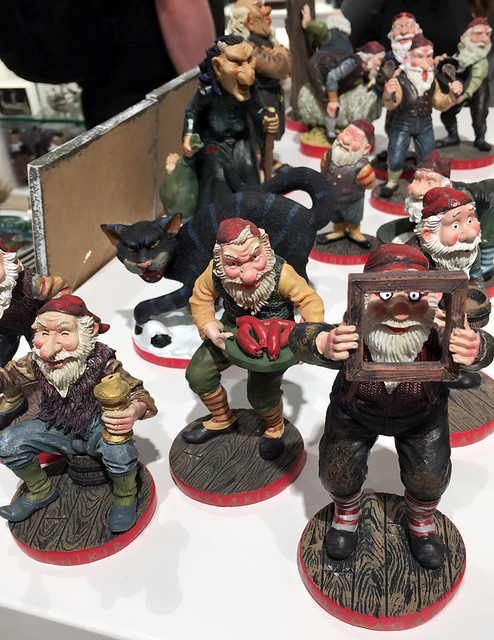 The Yule cat is associated with the Yule Lads, thirteen troll-imp brothers who show up starting 12 December and don’t leave until 6 January. They harass livestock, steal random objects, and generally do bad things. It’s so different from any other holiday tradition I know of. I absolutely love it. 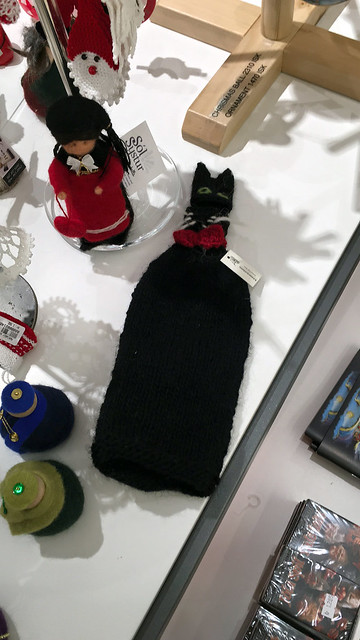 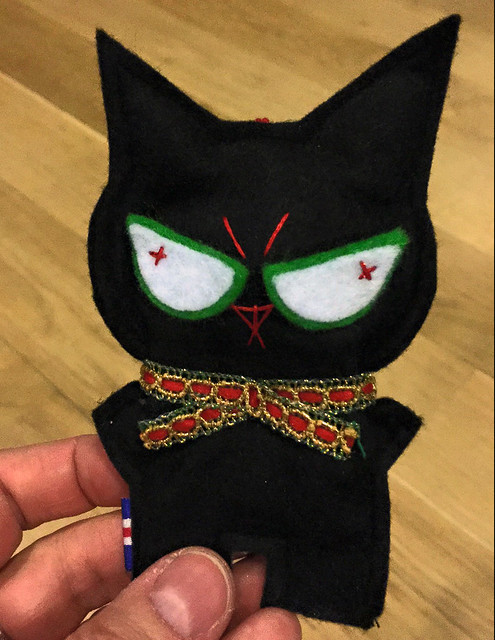 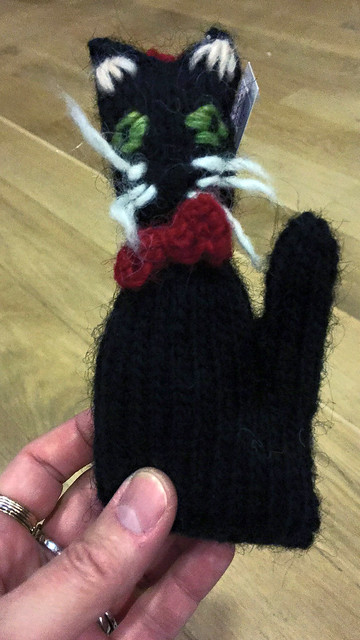 Of course, I had to buy some Yule Cats whilst I was there! 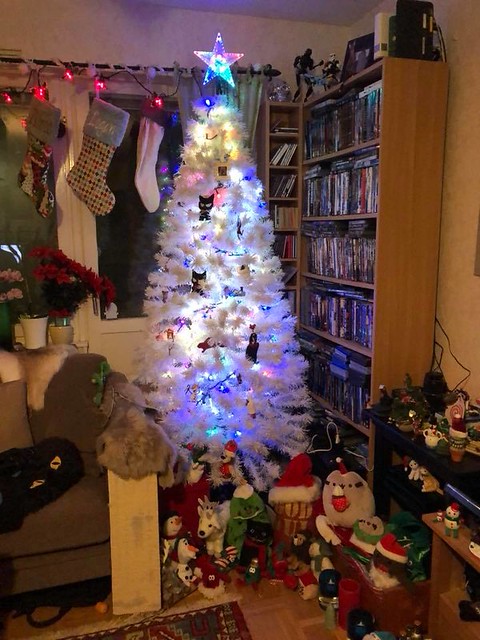 Since seeing the Yule Cat for myself in Iceland, those ornaments have become a part of my holiday tradition. He plays a prominent part of our decorations. And to that end, I made my own Yule Cat. When I discovered the Japanese Scratch cats, plushies with scowly faces and extended claws who generally look pissed at the world who were designed by artist Tamiho Maita, I knew the black one would make a marvelous Yule Cat. So I took one of Jacoby’s Santa hats and scarves, and voilà! One Yule Cat plushie!

On a whim, I brought him along to the cat show last weekend. He attracted a bit of attention, and one of the club’s members even posted his photo on the club’s Facebook event page! 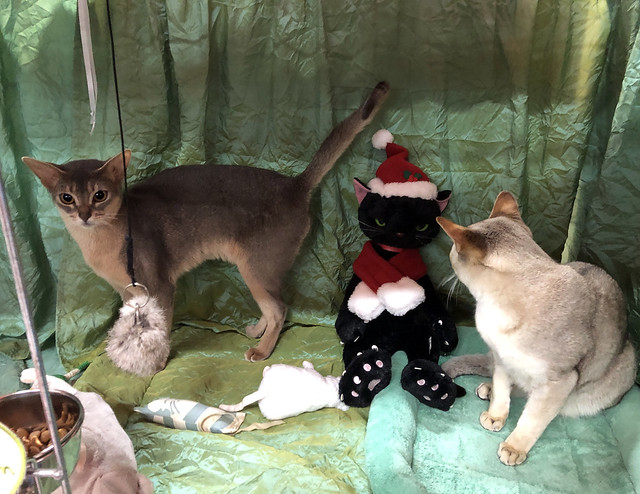 I tried to get Lorelai and Izaak to pose with him in their show cage…it didn’t go as well as I hoped. 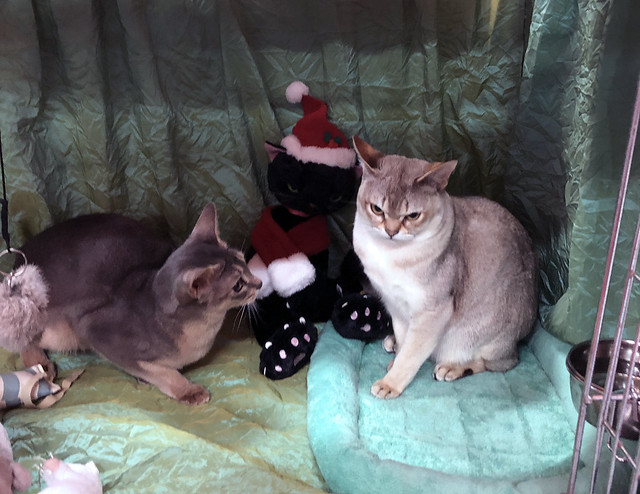