The little show we took Izaak to at our DjurMagazinet at the beginning of December was more than just a cat exhibition. 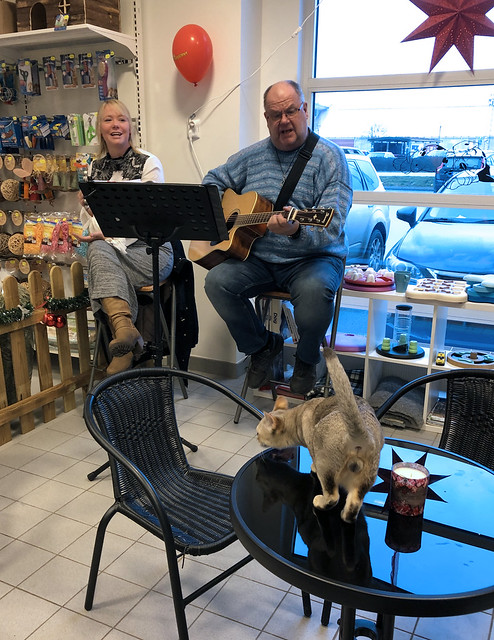 It was also a Christmas party. There were gingerbread cookies and Julmust and other traditional holiday treats. There was also a duo who sang Christmas songs and played the flute and guitar. 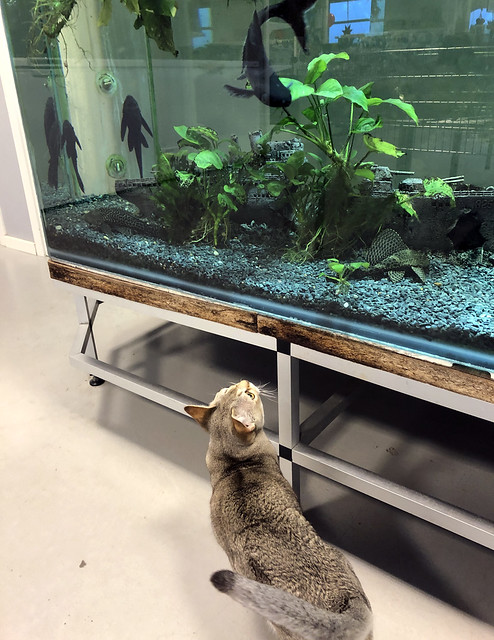 Whilst we were listening to the singers, we explored the store a bit. 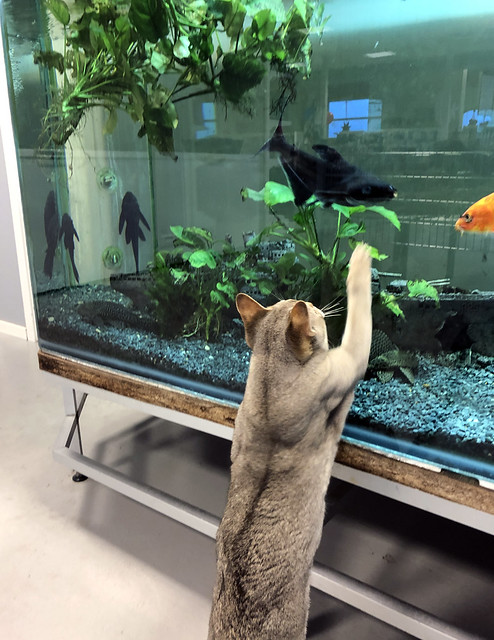 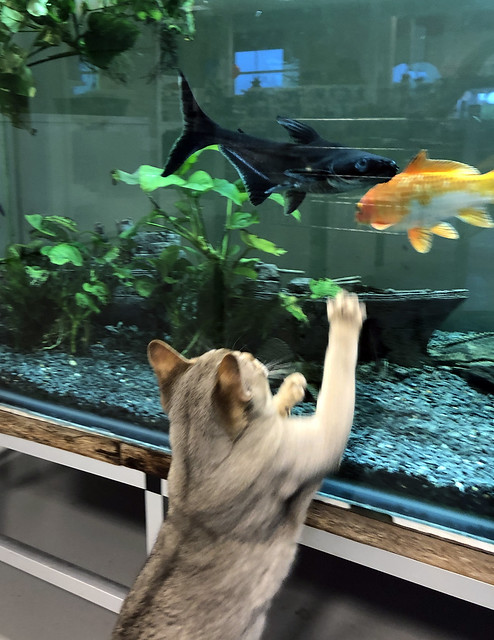 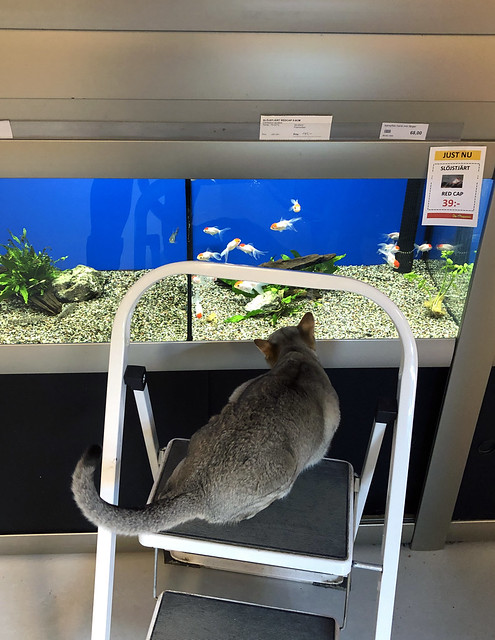 I think he liked them more than the little ones. 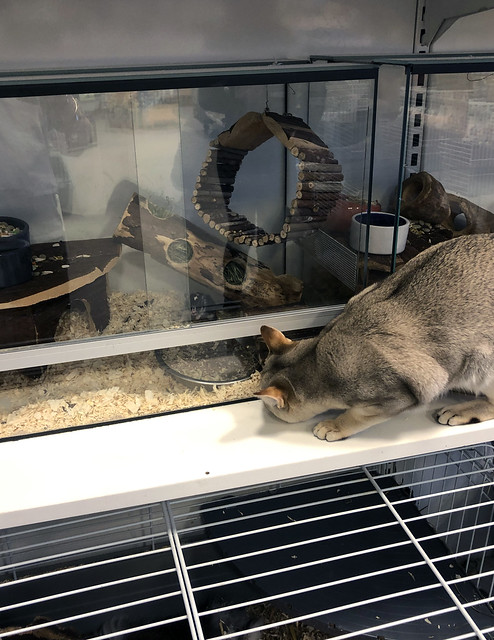 Next I showed him the gerbils. 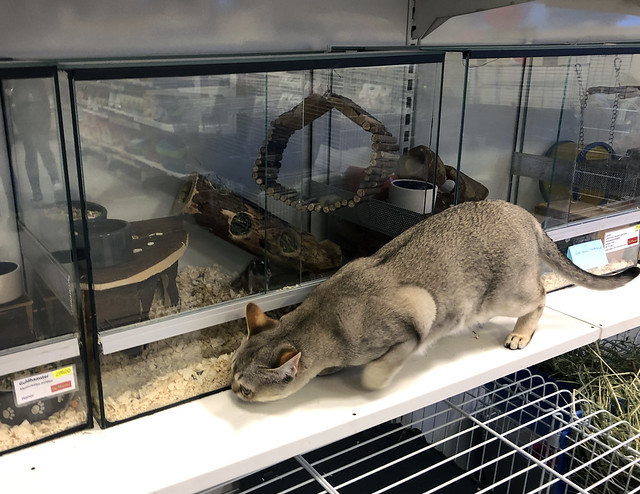 At first, he didn’t notice them… 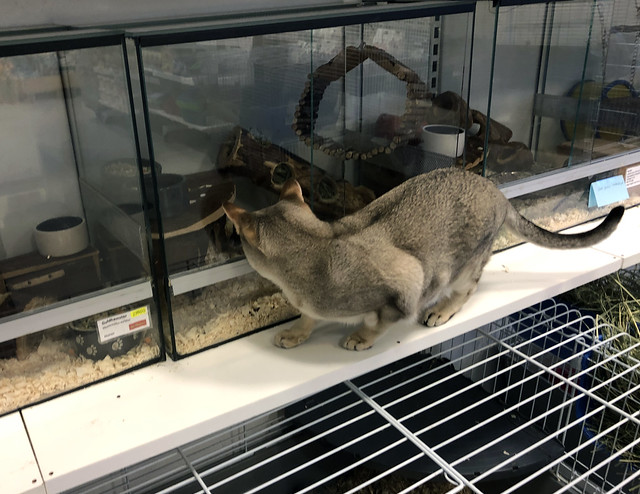 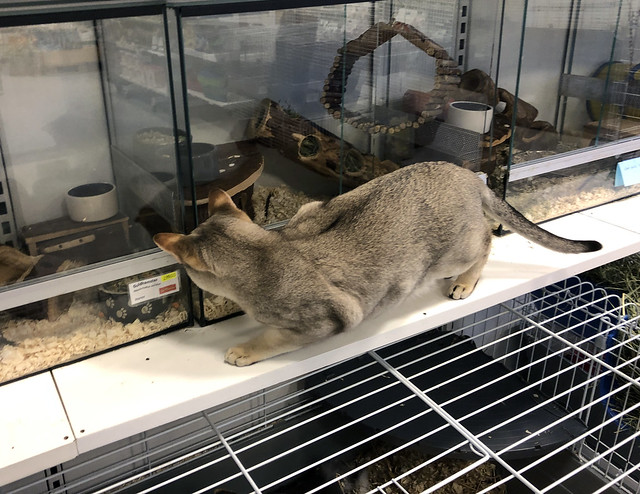 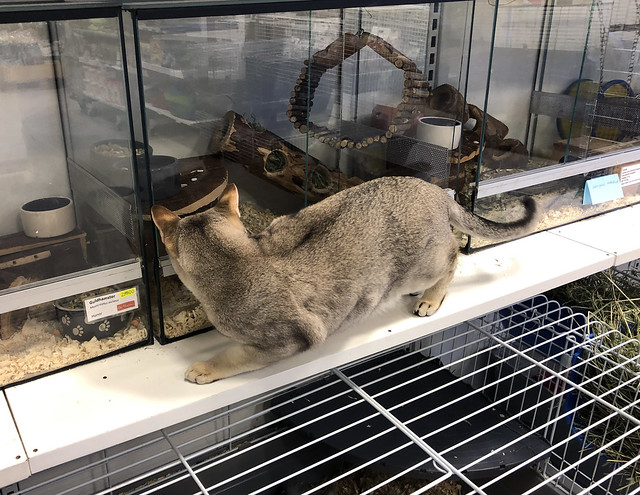 …but when he finally did…Oh, boy! I thought he would like real mousies since he is so fond of his Ikea mousies. We didn’t stay too long because I didn’t want to freak the rodents out too much. Also he was making the rabbits (in cages on the floor beneath the gerbils and hamsters) nervous, even though most of them were bigger than Zak! 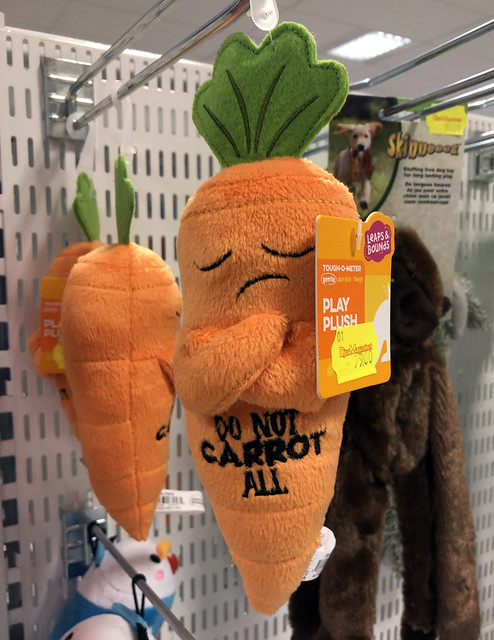 Then we went to look at toys. I was amused by this squeaky carrot. 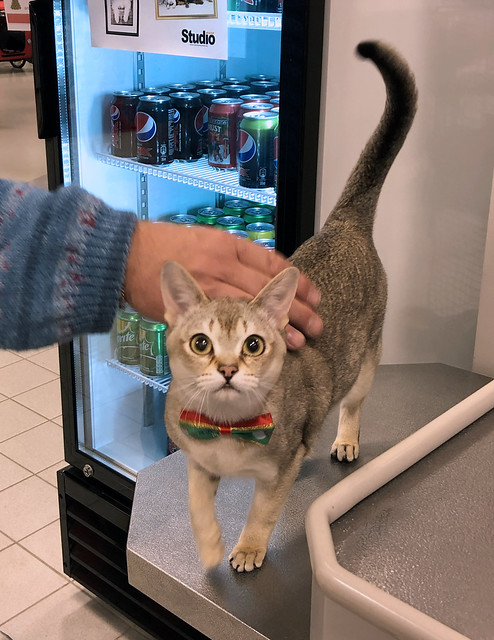 I ended up buying Zak a little Christmas bow tie, to join in the Christmas spirit. 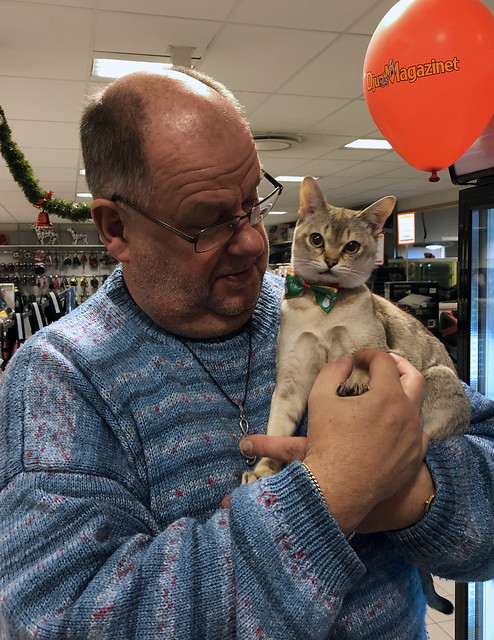 Zak also schmoozed with the man who played the guitar. 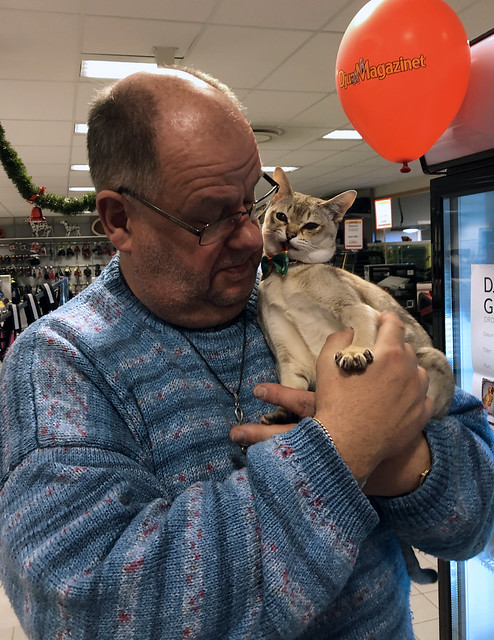 I think Zak thought he might be Santa, because he was telling him what he wants for Christmas. 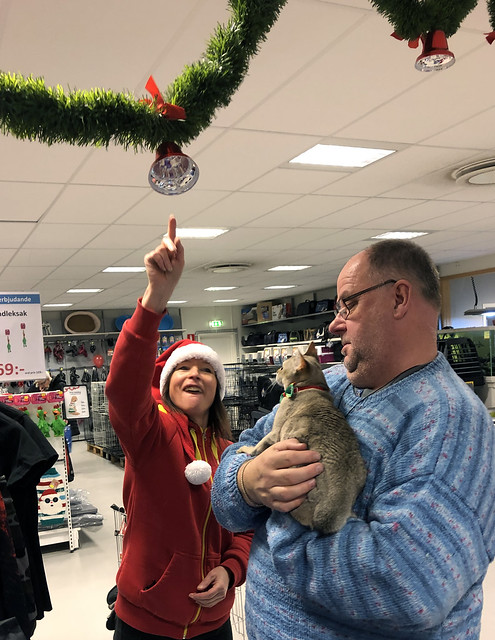 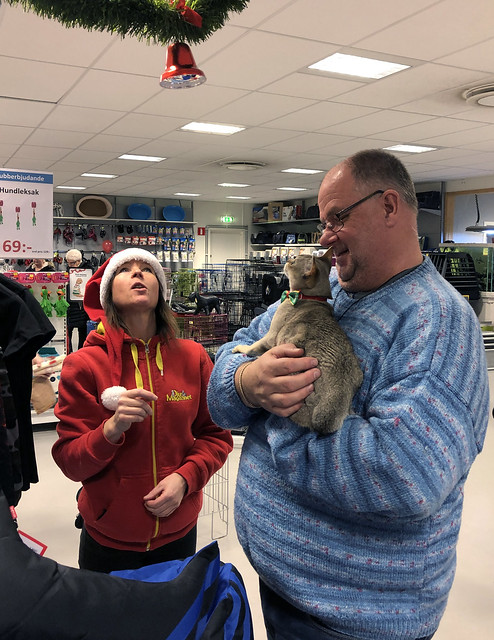 It was a really fun day out for all of us.