We finally have our tree up. 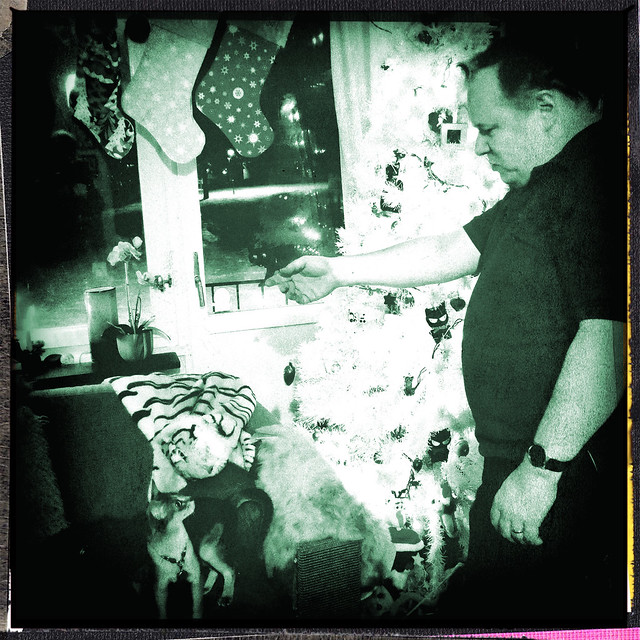 This is absolutely the latest I have ever set up my Christmas tree (except for the years I didn’t put one up at all, of course). 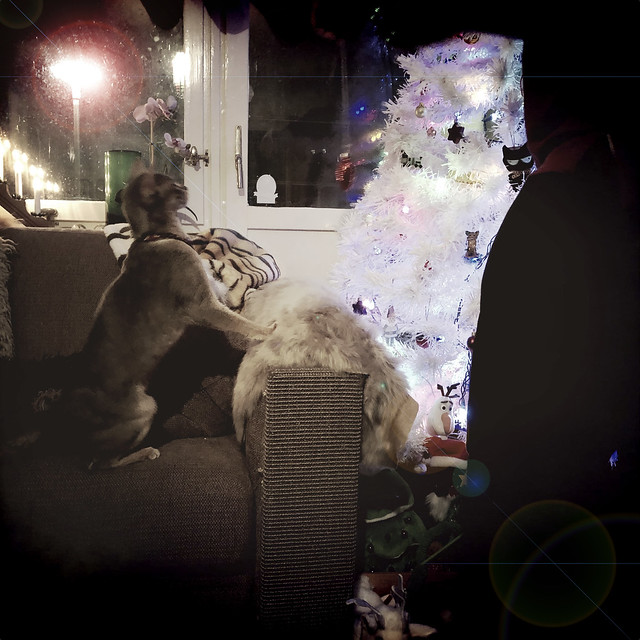 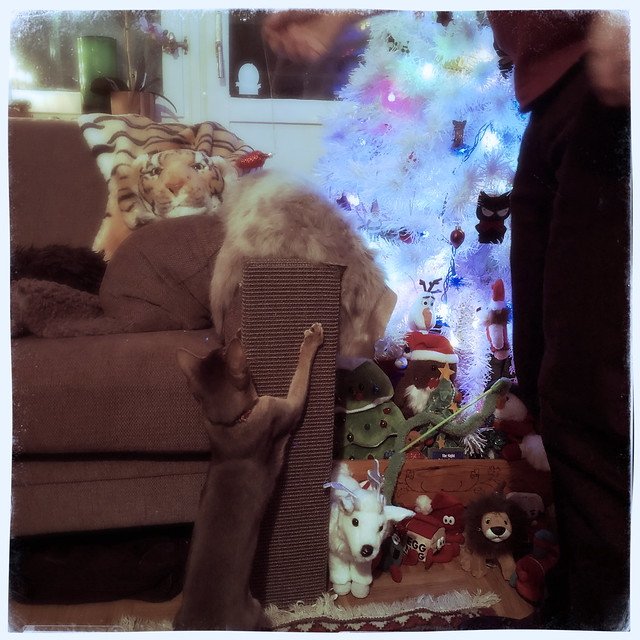 Björn says that Swedes usually put their trees up later than in the States…even later than this. But given the ordeal that is putting up all the decorations, I would rather put them up as early as possible – the day after Thanksgiving. Maximum result for maximum work, if you know what I mean. 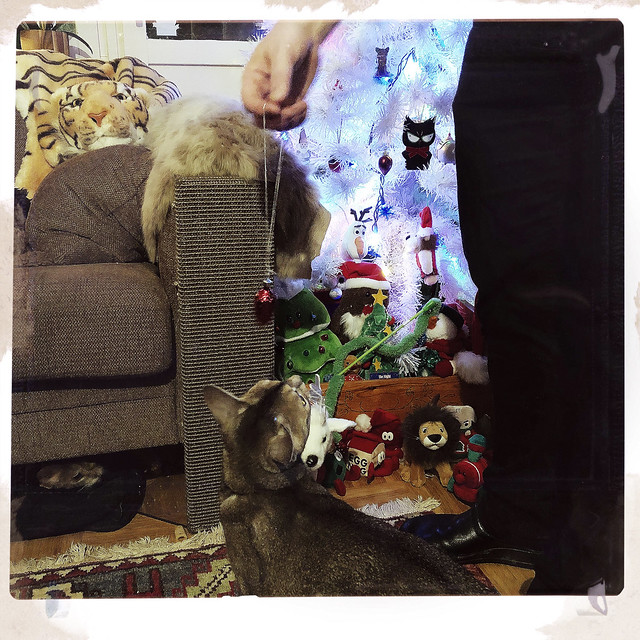 But whatever. The tree is up. And it’s Lorelai’s and Izaak’s first tree ever. And it’s Alfred’s second. 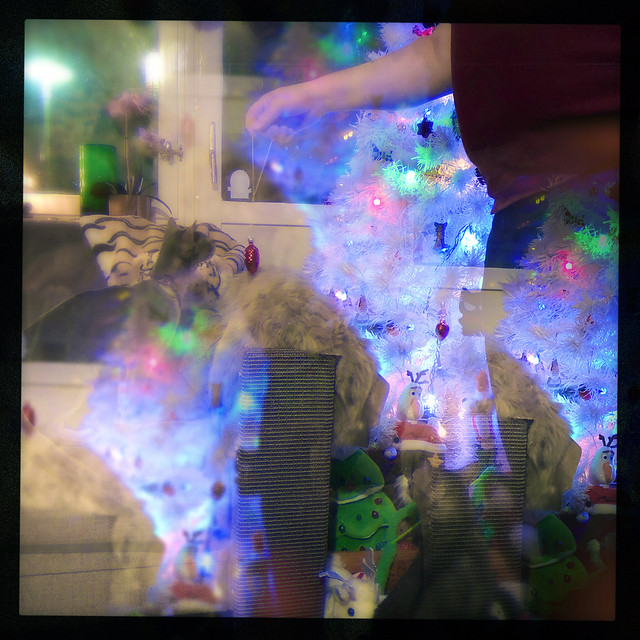 You would think, based on all the memes about cats and Christmas trees, there would be no way on Earth that a tree would survive with four Abyssinians and a Singapura. 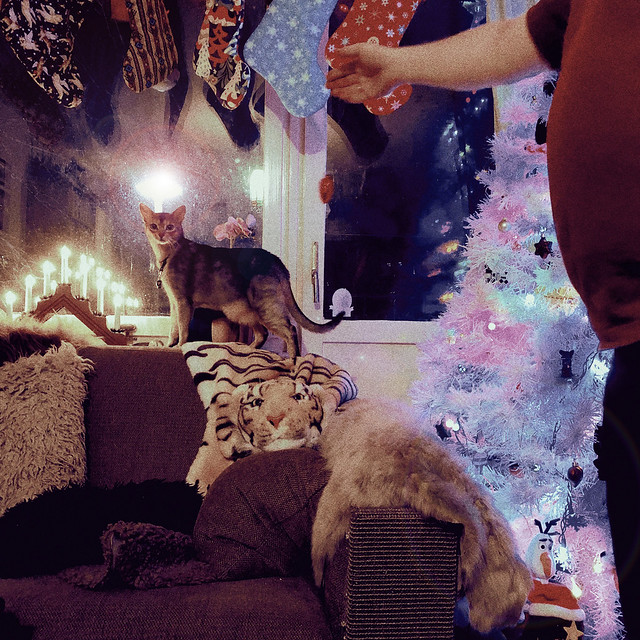 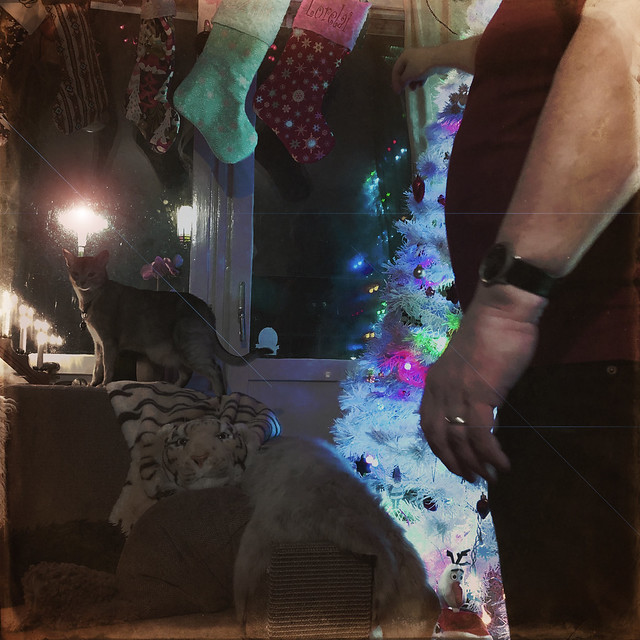 But the truth is, the cats are, generally, unimpressed by the Christmas tree. 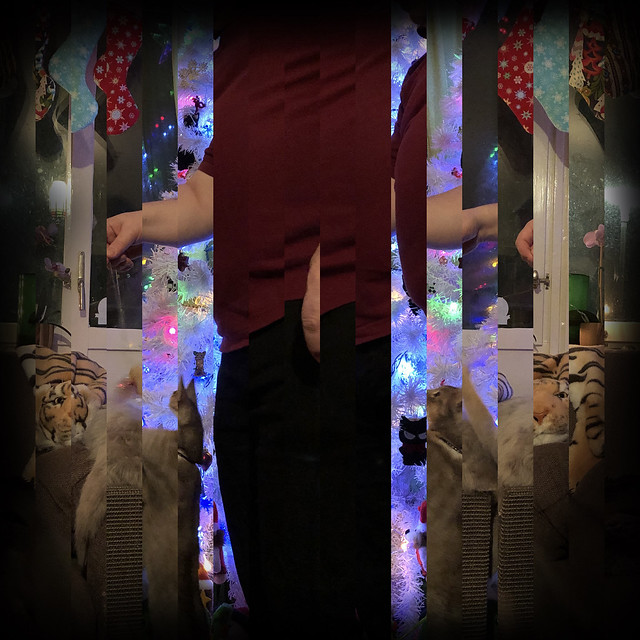 (Gotta love the randomness of Hipstamatic…) 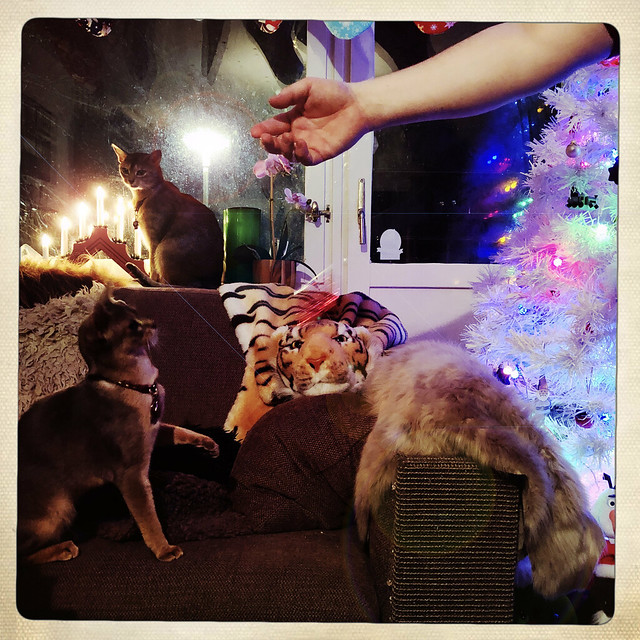 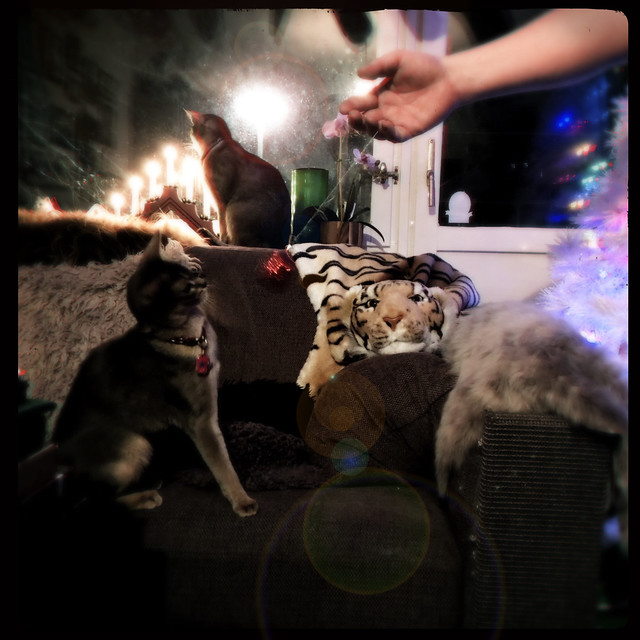 Björn was trying so hard to get Freddy and Rory interested in the tree, he was plying them with ornaments…glass ones, no less! 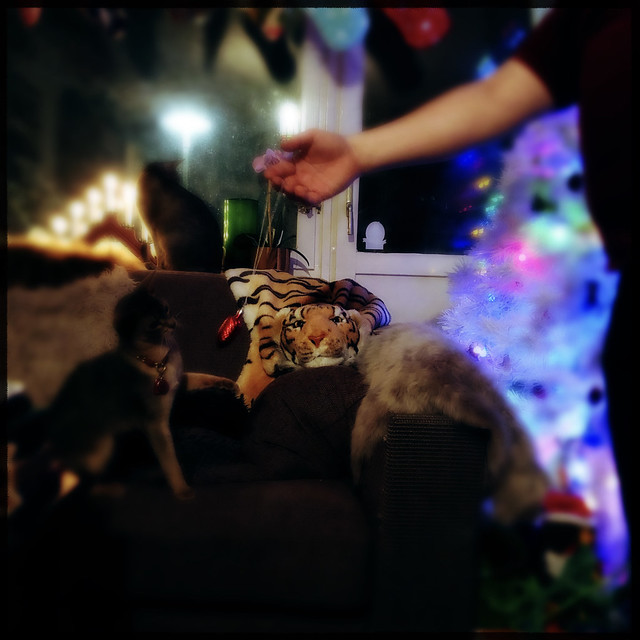 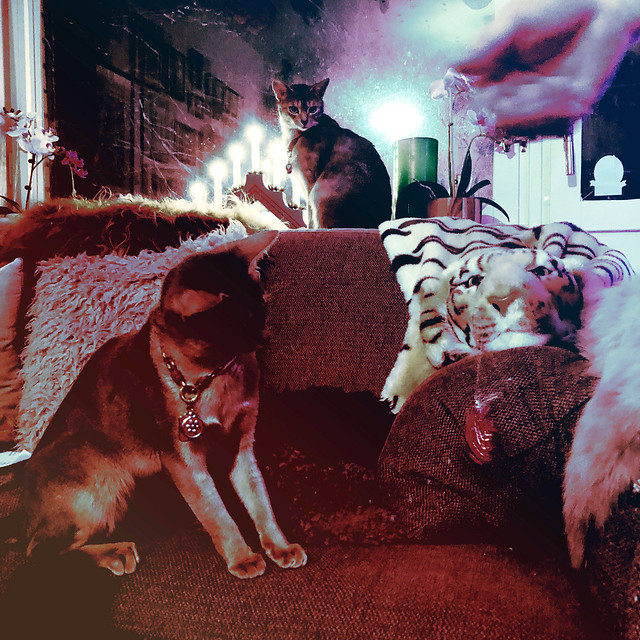 The ornaments were still more interesting than the tree itself. 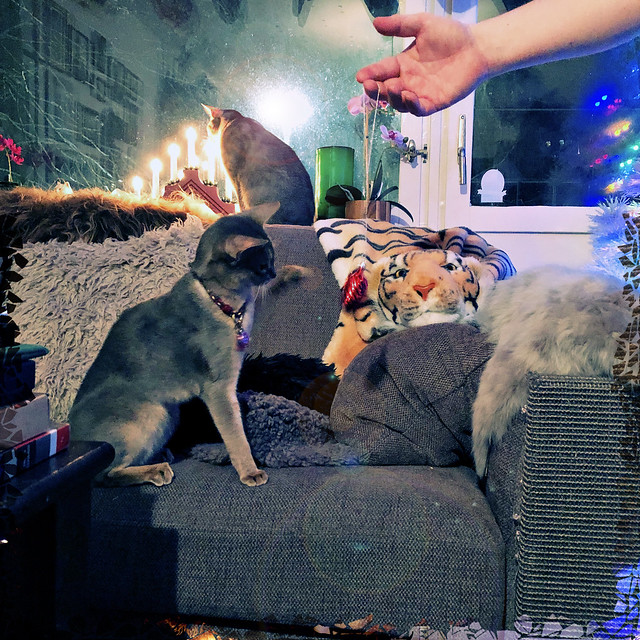 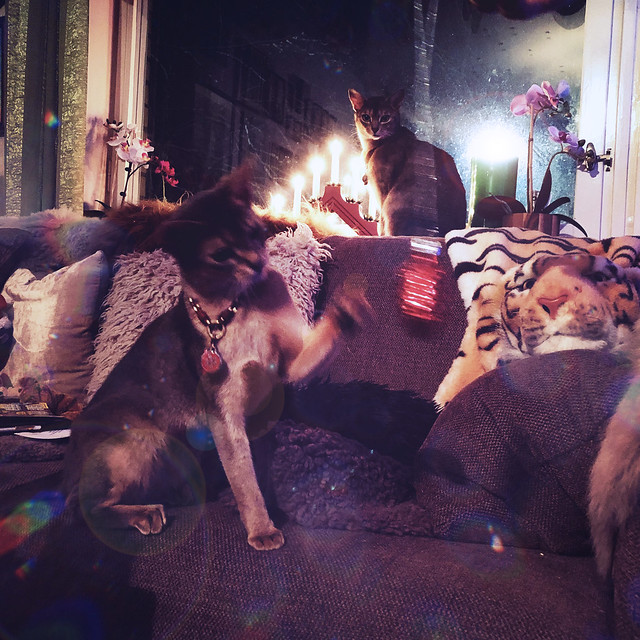 One Björn stopped swinging the ornaments around enticingly and hung them on the tree, Rory and Freddy’s interest was gone. 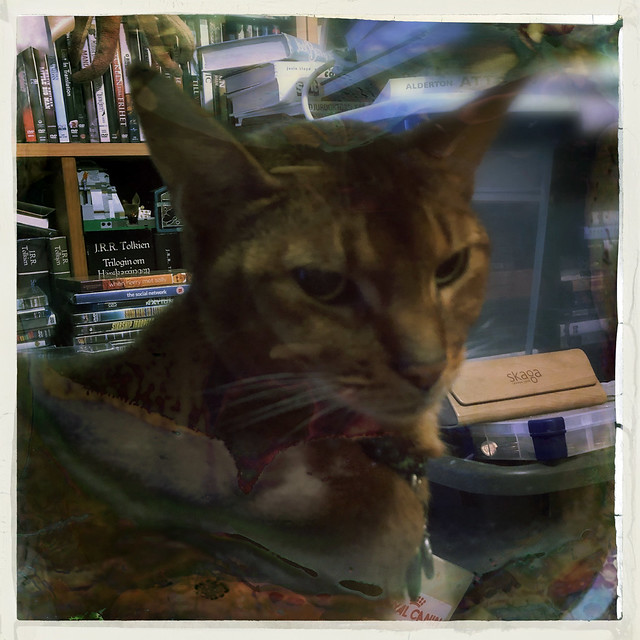 Jacoby couldn’t even be enticed to pose with the tree. This ain’t his first Christmas tree rodeo. 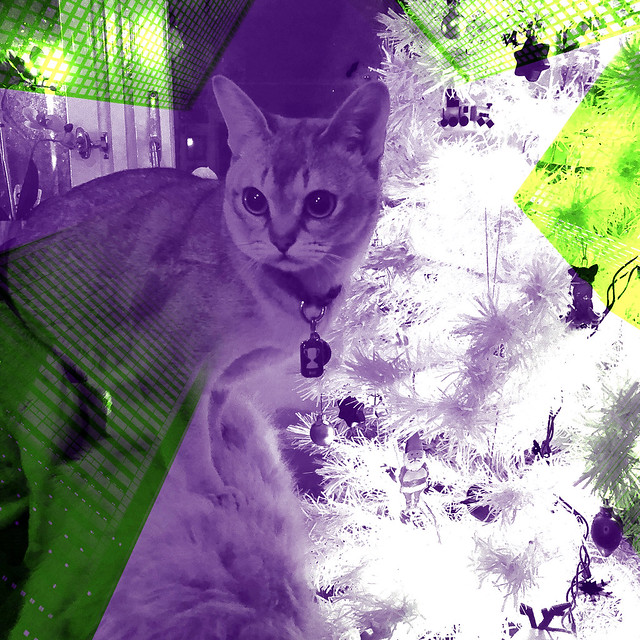 Izaak, however, was at least a little impressed by the tree. 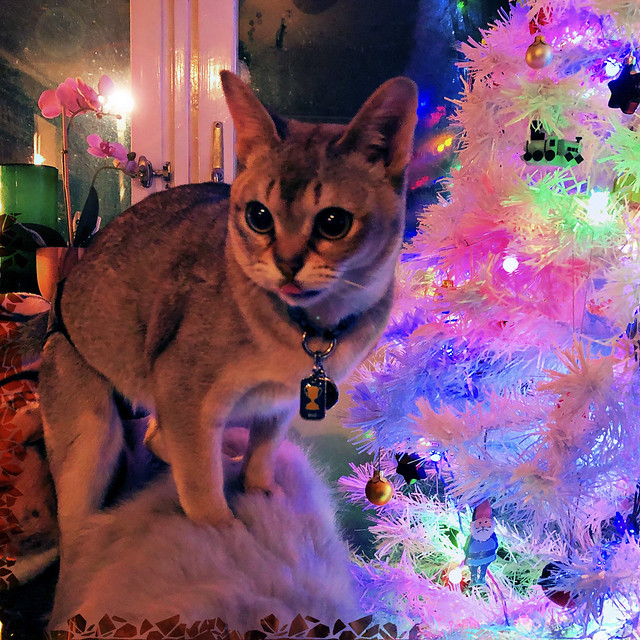 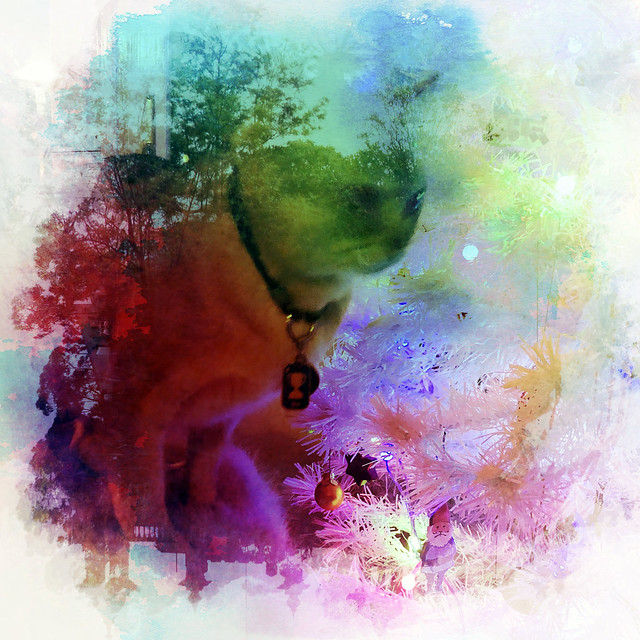 But even he respected the tree and merely posed for me next to it. 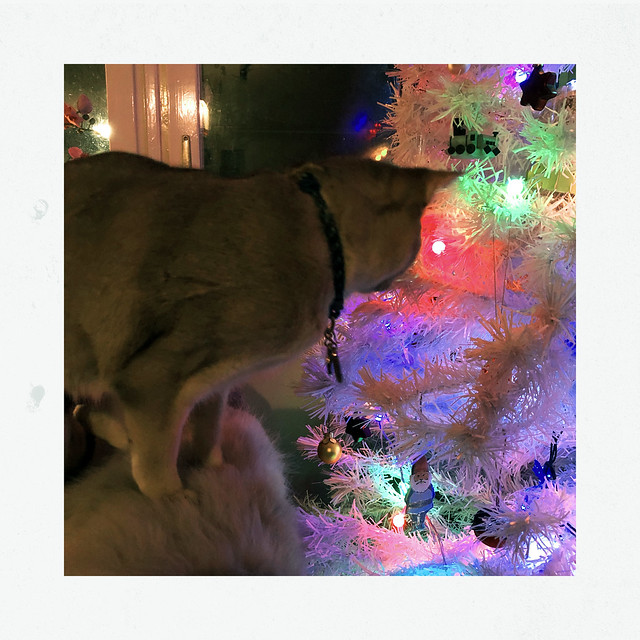 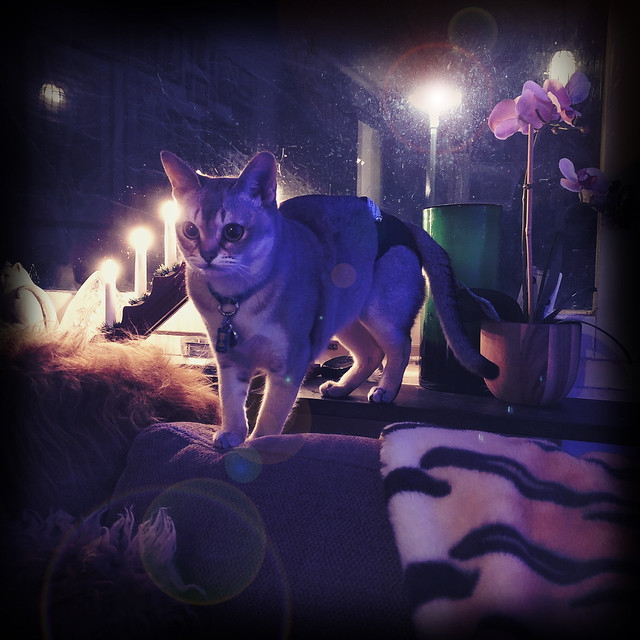 …He was more interested in posing next to the electric window candles.