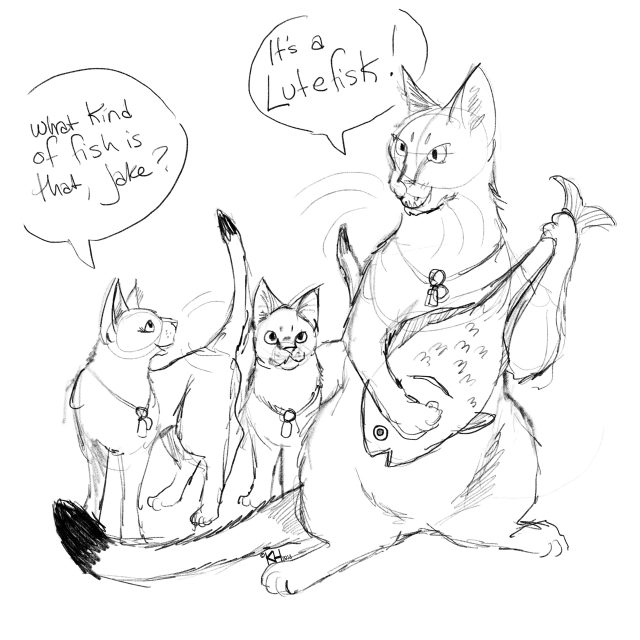 In Sweden, the main Christmas celebrating is done on 24 December. After the ritual of Donald Duck, the presents are opened and then dinner is eaten. 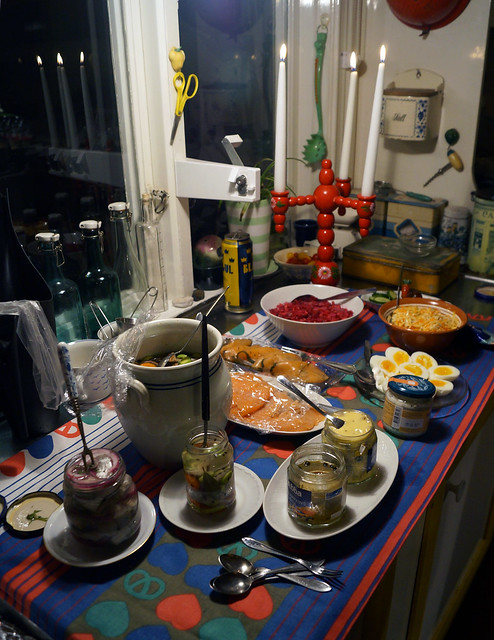 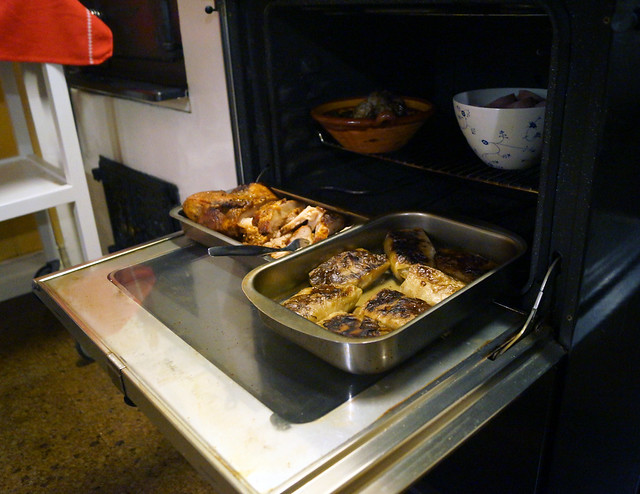 the Julskinka (ham with mustard), boiled potatoes, Janssons Frestelse (a sort of potato casserole with anchovies), cabbage rolls (which I can totally get behind because they’re also a Russian thing), handmade köttbullar (meatballs – ours were moose, lamb and wild boar), 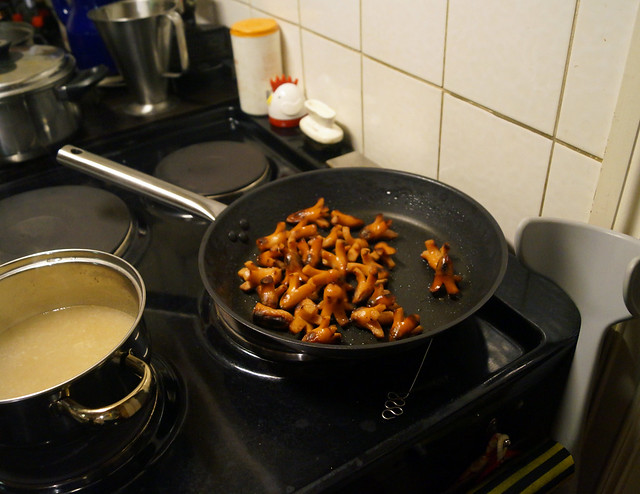 Prinskorv (sort of like hot dogs, but better), a ball of cheese and bread, and a cheesecake. 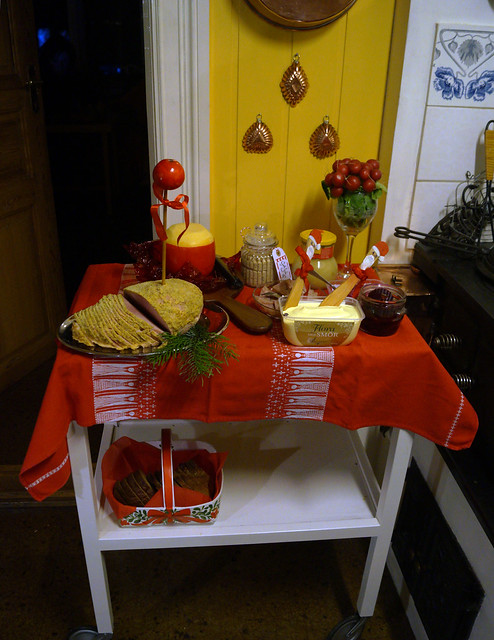 This was our first year assembling the feast ourselves, and the first we have done at home instead of going to Jönköping. Beer, wine and shots of aquavit are usually drunk before, during, and after the meal, but this year we also added my kickass eggnog with rum, tequila, whiskey and hazelnut liqueur. Because, hey, let’s start our own traditions! (I also introduced the hanging and filling of stockings, which we open on Christmas day, because that was MY tradition. I still have the stocking I was given on my very first Christmas, when I was six months old.

The one Swedish Jul tradition I am not completely onboard with is the Christmas Day dinner of lutfisk served with potatoes and peas. Not that lutfisk is bad…it’s just bland. It’s basically like eating hard-boiled egg whites. Which is great, I love hard-boiled eggs. Just not necessarily for Christmas dinner. And I don’t really like peas all that much, either. We would always eat it at Björn’s mom’s house…but this year, we are having goose and starting our own tradition (which also includes the oranges my mom always used to put in our stockings). 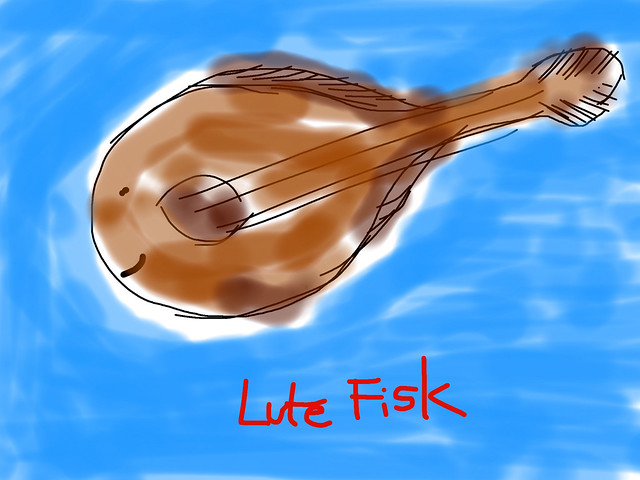 The first Christmas I spent in Sweden, I drew this silly little drawing of a “lute fisk” as a joke for Björn’s brother…and today I got the idea to update it a bit with Abys. And a Singapura. Just a sketch for now, but…Happy Christmas, everyone!

4 thoughts on “Aby-a-Day – 25 December: The sole of Christmas (Cartoon Tuesday)”