As I have mentioned before, Alfred is an evil genius. He is also incredibly food-oriented. 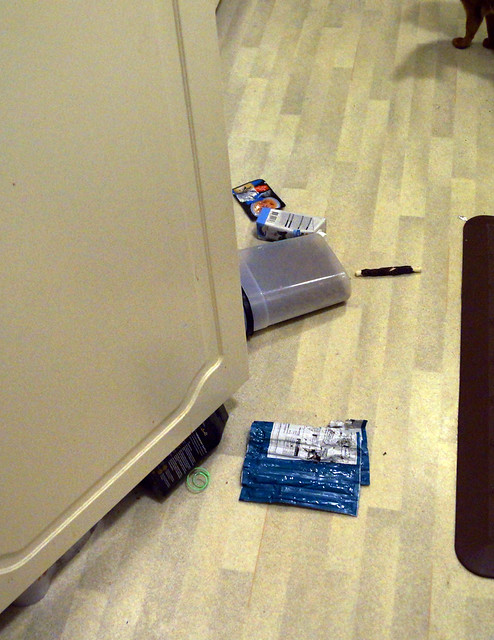 And by “incredibly,” I mean he has figured out how to open the cabinet where the cat food is kept… 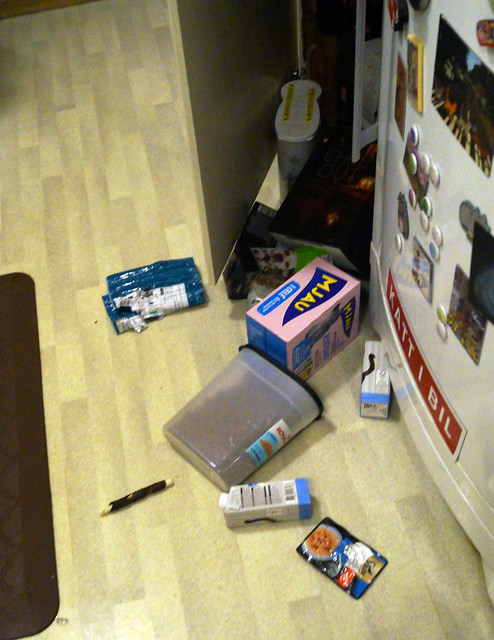 …to the point that we started finding this on an all-too-frequent basis. 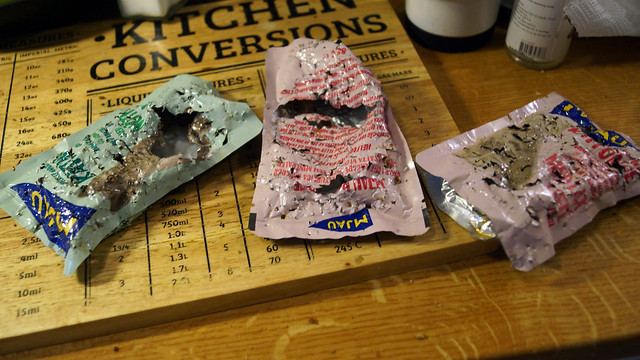 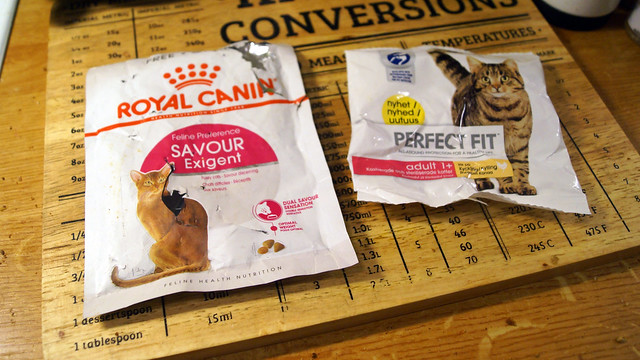 …and the dry ones.

The latch on the cabinet was a bit weak, but it had never been a problem before. Now, this is a problem, clearly…so we replaced it with a 4kg magnetic cabinet latch. You would think that would work.

And it did. For a while. Then we had to jam this rubber cat’s paw doorstop. 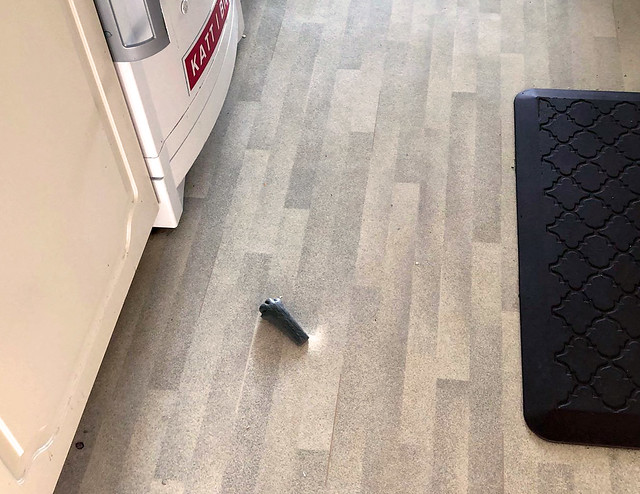 Which helped. Until it didn’t. 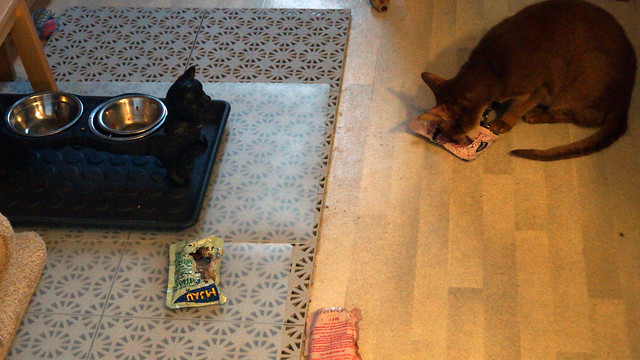 The problem is, he’s too stealthy for us to catch in the act. And he’s quiet. By the time we happen to go in the kitchen, he’s finished his share, and only the others are left eating. 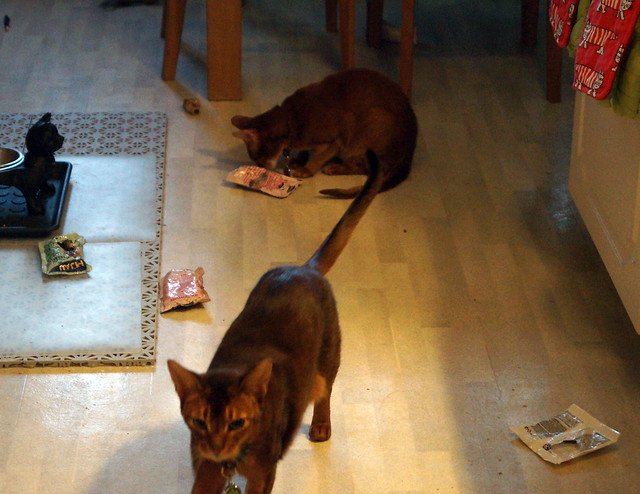 Of course, we know it isn’t Angel or Jacoby opening the cabinet. If it was, it wouldn’t have been a problem two years ago, not just within the past two months! Nice frame-job attempt, Freddy.