For the past three years, Björn and I have hosted the New Year’s party for our friends. This year, due to a number of random circumstances (ours and our friends), we ended up being a party of seven – us and the cats. 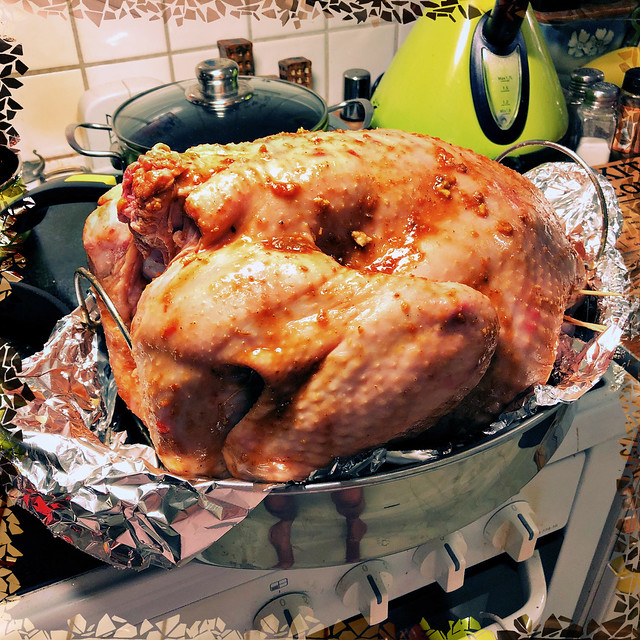 Of course, we didn’t know it was going to be just us when we were preparing everything in the run-up to Jul and New Year’s, so I managed to find the largest turkey I could to cook for the party. 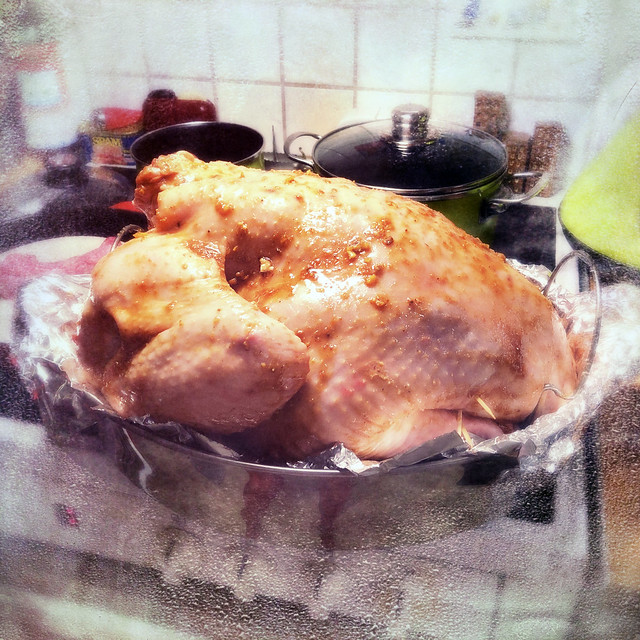 At 8.5kg (almost 19lbs!) it’s the largest turkey I have been able to find since I moved to Sweden. 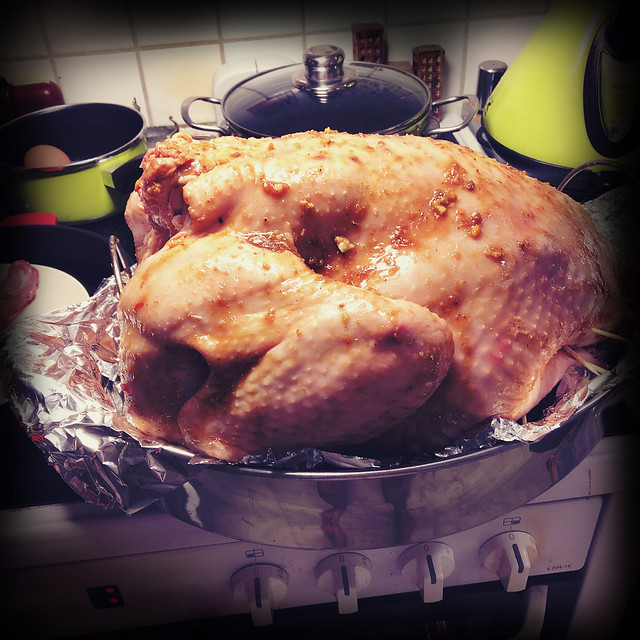 Oh, how I have missed the monster, American super-sized turkeys! Okay, so we’ll have lots of leftovers. 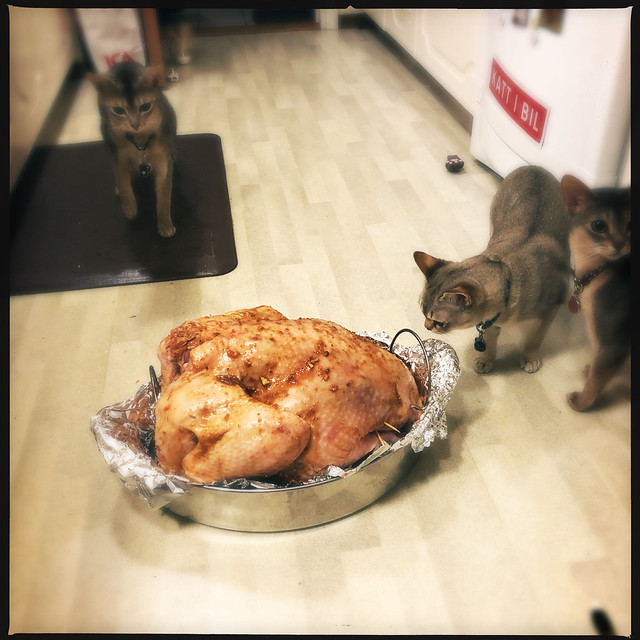 I think we’re going to have lots of help finishing those leftovers, too. 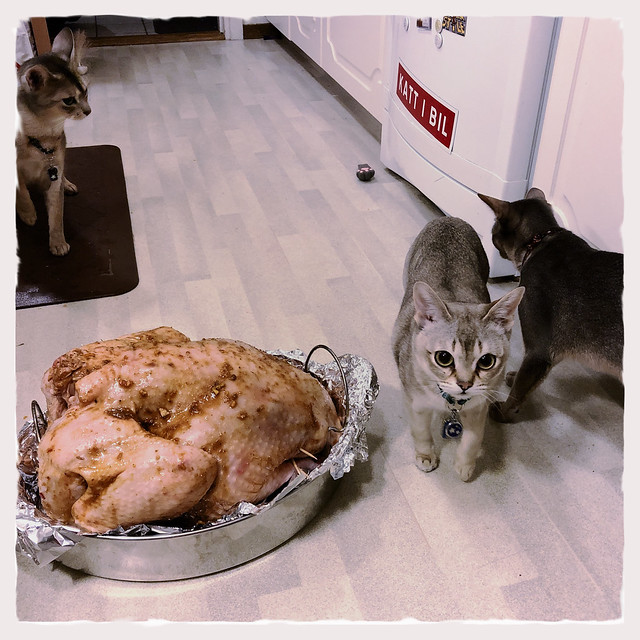 Combined, Alfred, Lorelai and Zak weigh 10.6kg…so the turkey weighs more than any two of them put together. 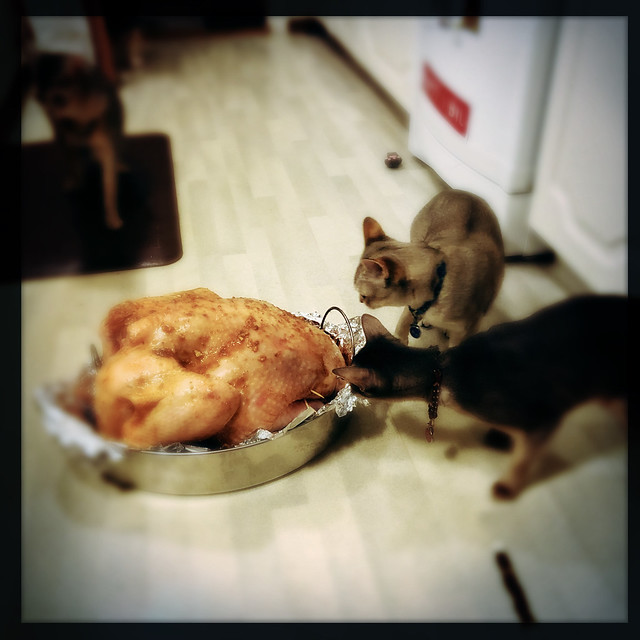 The size difference didn’t stop them from investigating its edibility. 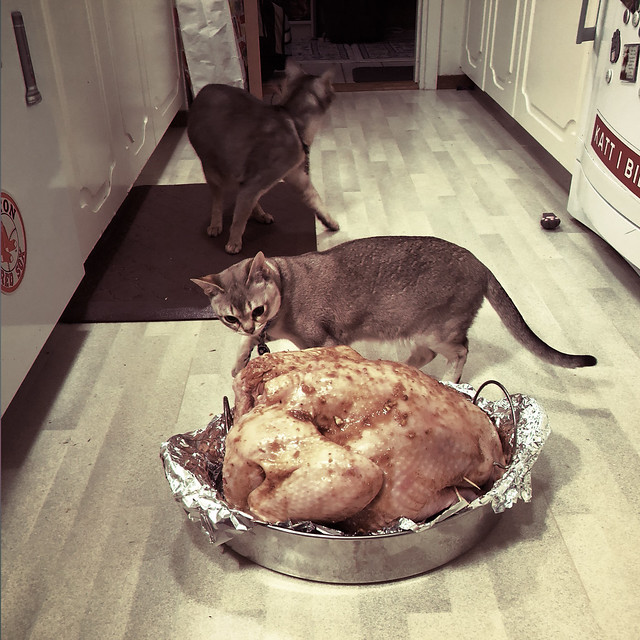 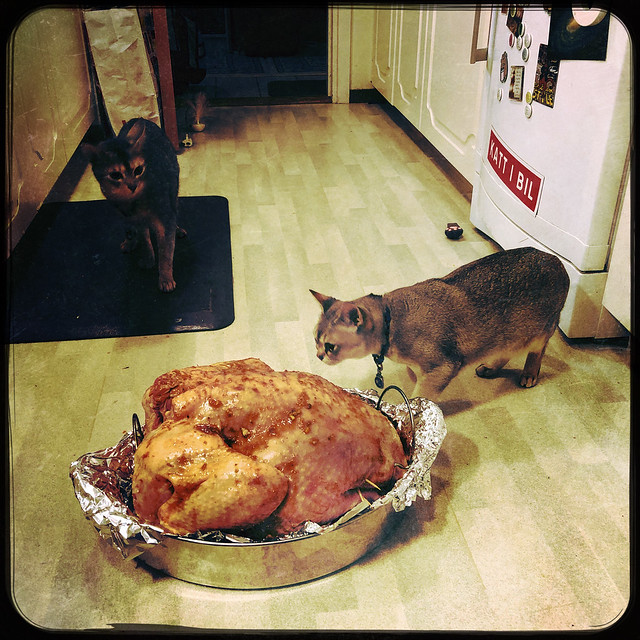 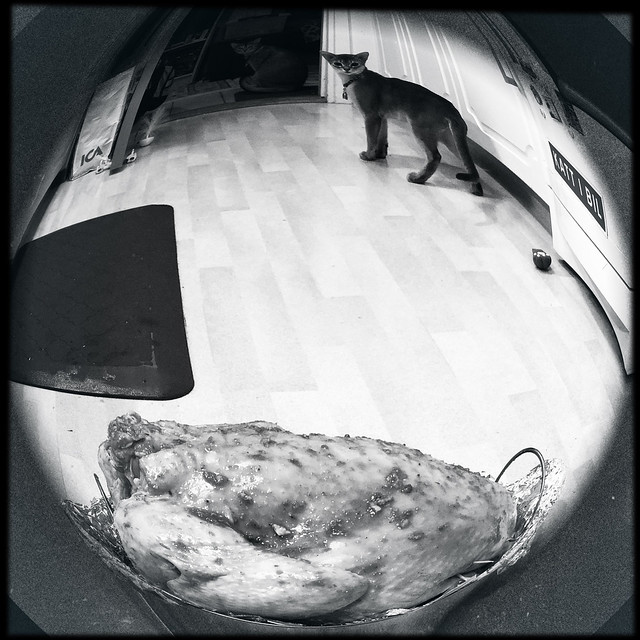 Rory, without the boys flanking her, did seem a little more intimidated by it. 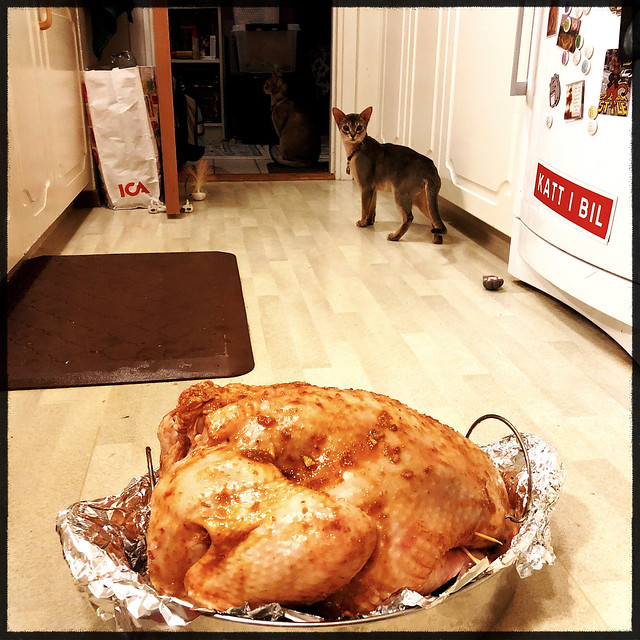 She is our smallest cat. The last time I weighed them all, she clocked in at 2.6kg. 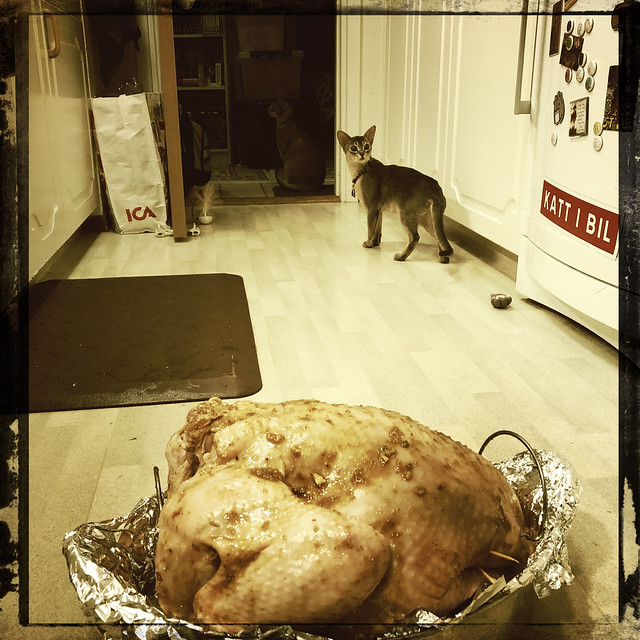 I think she thought it wasn’t really dead! 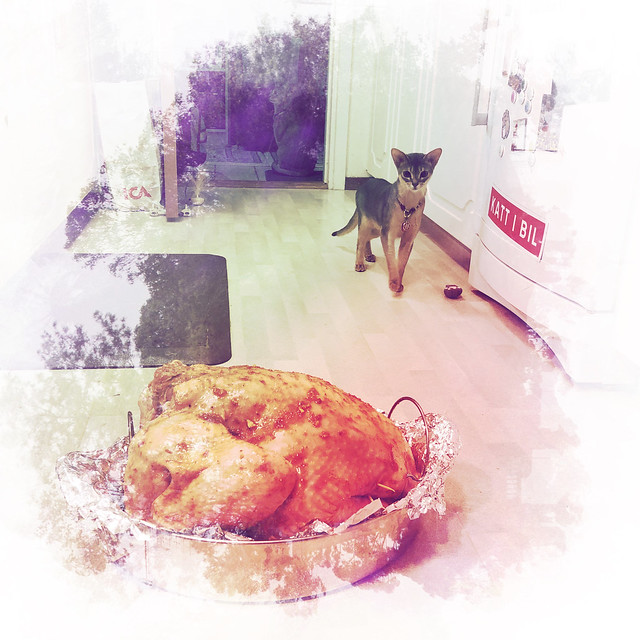 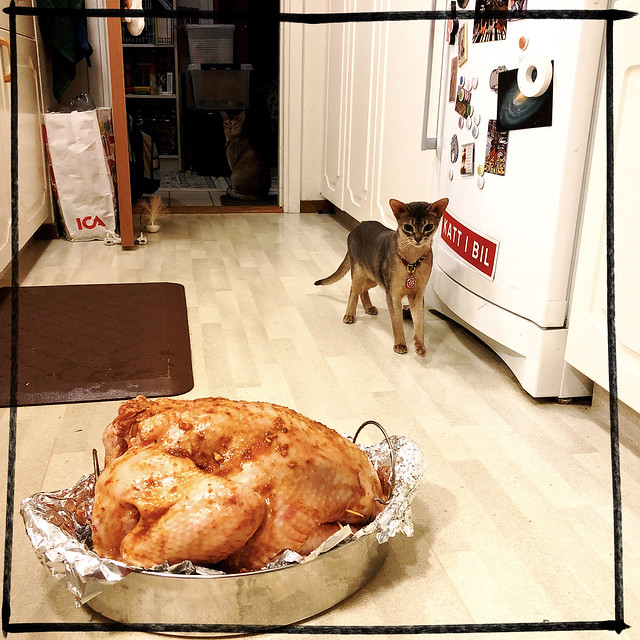 She tentatively approached the bird. I’m sure she’ll be a lot less tentative once it comes out of the oven! 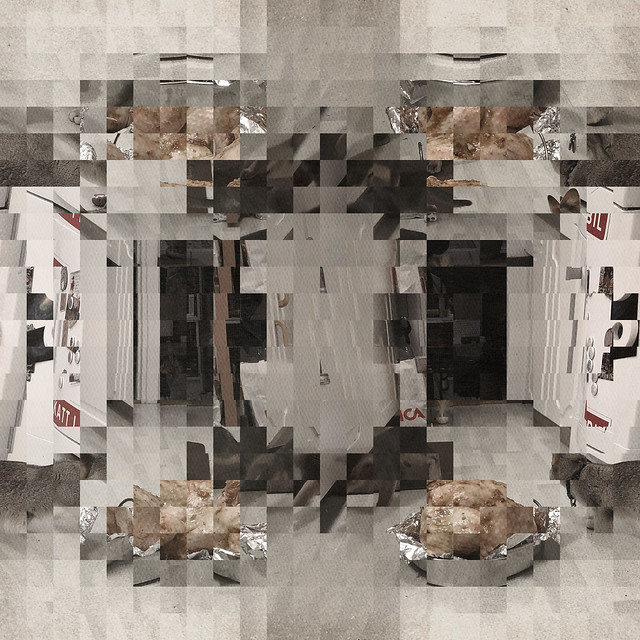 I love the randomness of Hipstamatic… 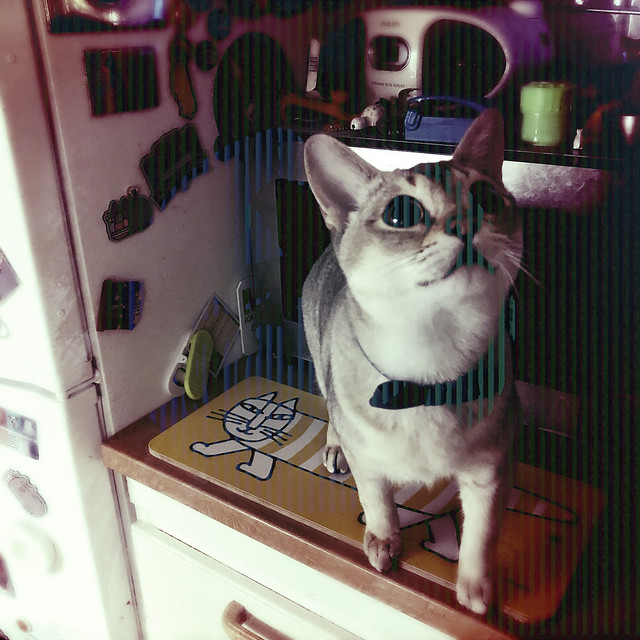 Even though we ended up not having any guests, everyone got dressed up. The boys all wore their leather bow ties. 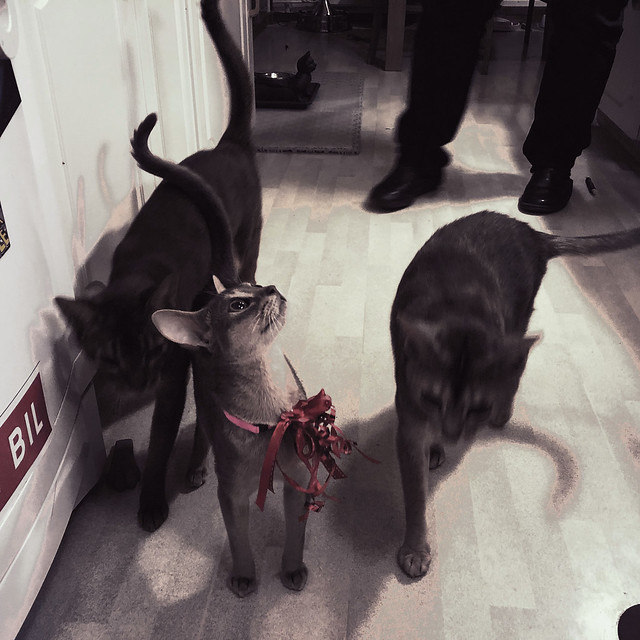 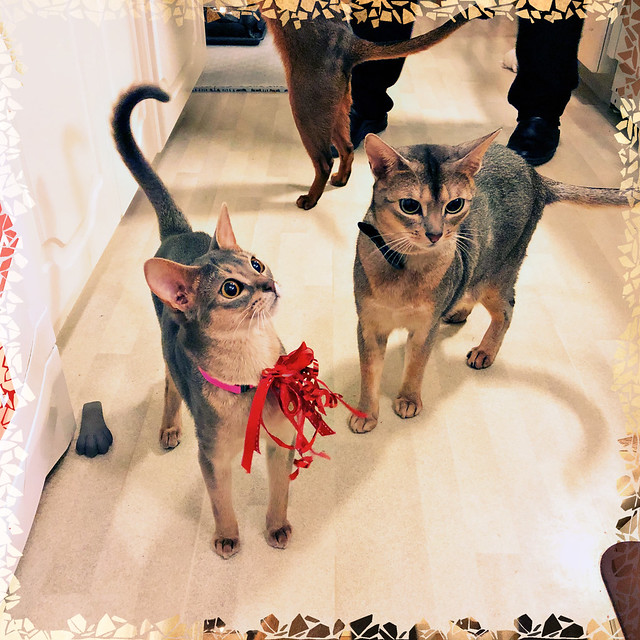 Freddy can’t ever keep his tie on straight. 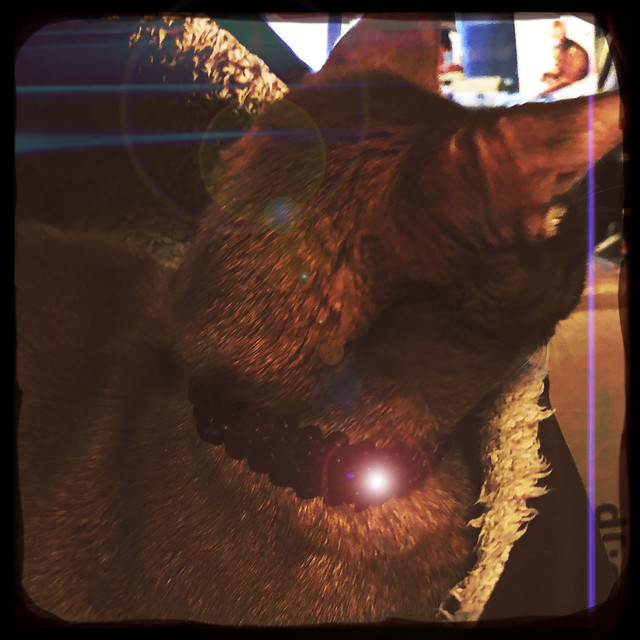 Angel wore her sparkly sequin collar I got ages ago at a Seacoast show. Next year, I want to see if Arja can make the girls feminine festive collars, perhaps with flowers instead of bows. 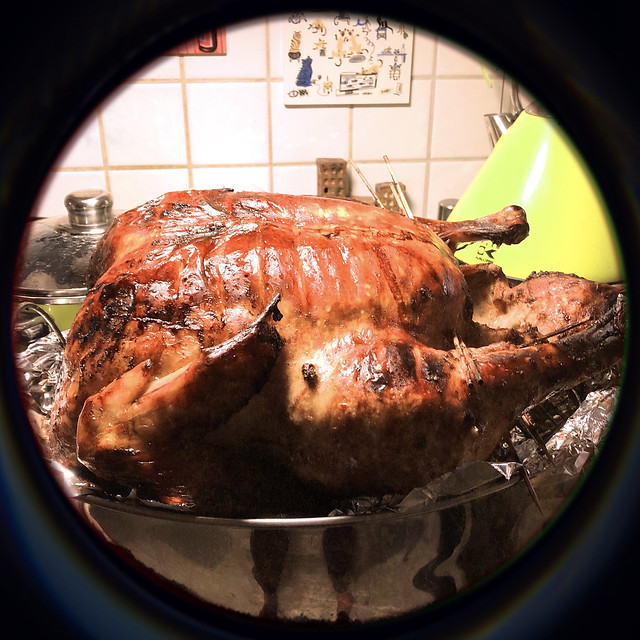 Regardless, when the turkey came out of the oven it. Was. AWESOME. 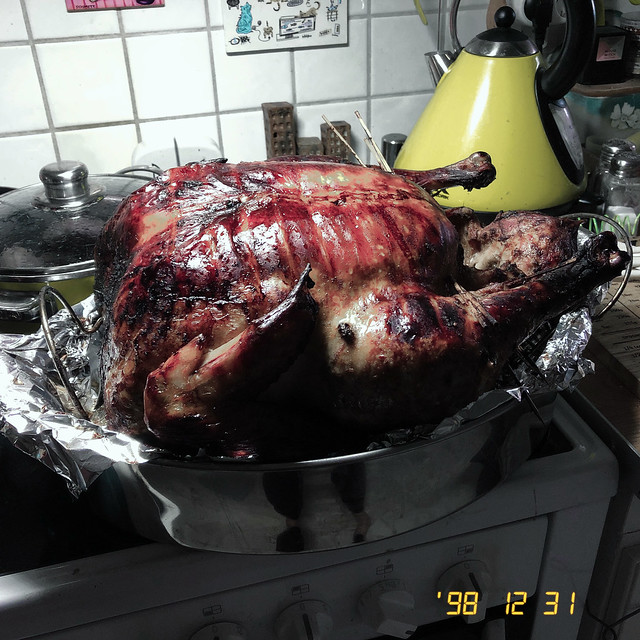 Easily the best turkey I have ever cooked. And, ironically, I have been cooking them since 1999.

But yeah, in 20 years of cooking turkeys, this was one of my best. 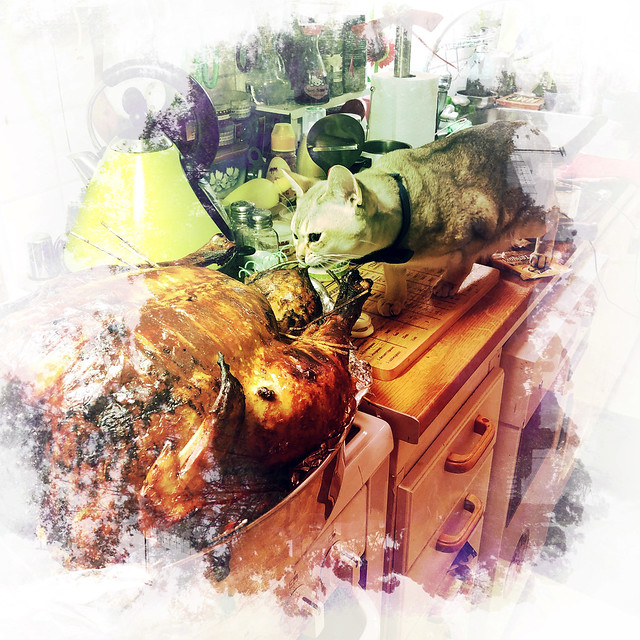 Someone else thought so, too. 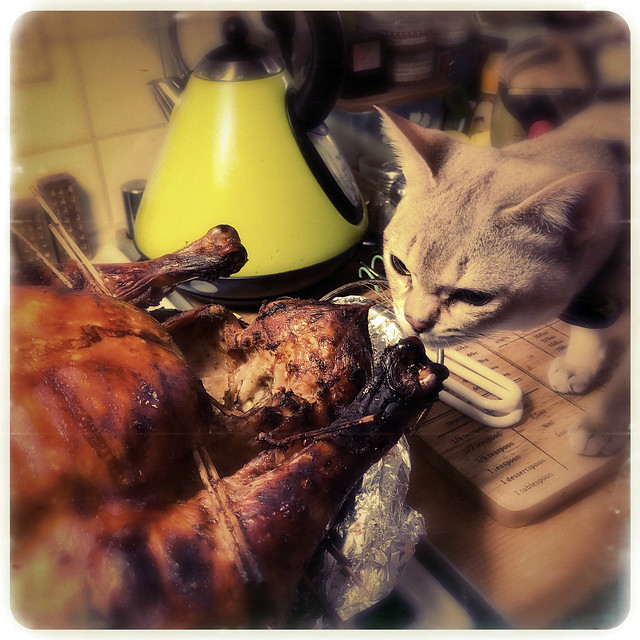 Of course, his opinion is slightly biased…he's never had a whole cooked turkey before in his life. 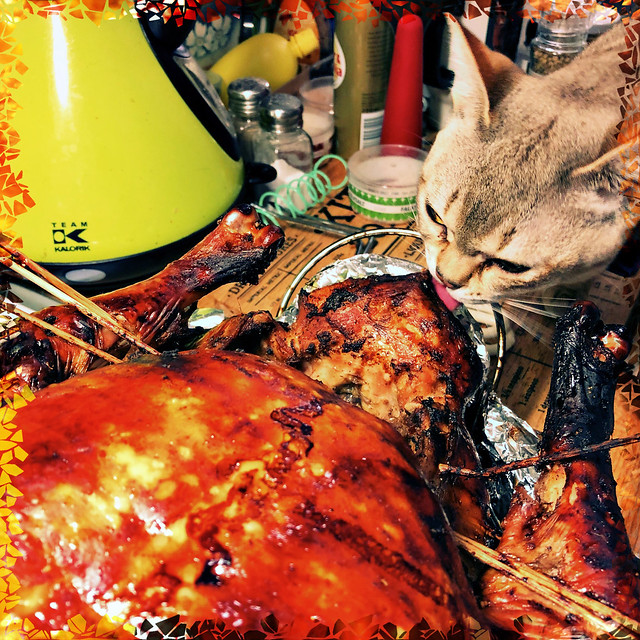 Izaak tried so hard to eat off that big turkey…but it was too hot. 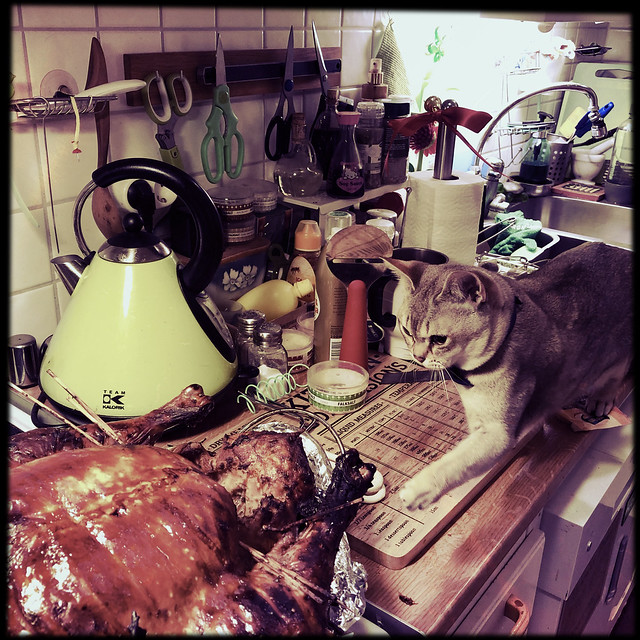 Since it was too hot to eat, Zak tried smacking it with his paw instead. 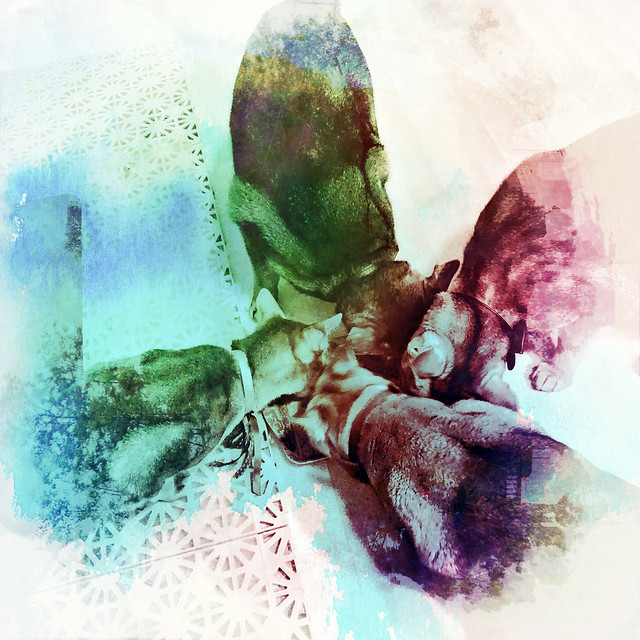 It was still too hot…but it wasn’t too hot when I put it on a tray for everyone to share. 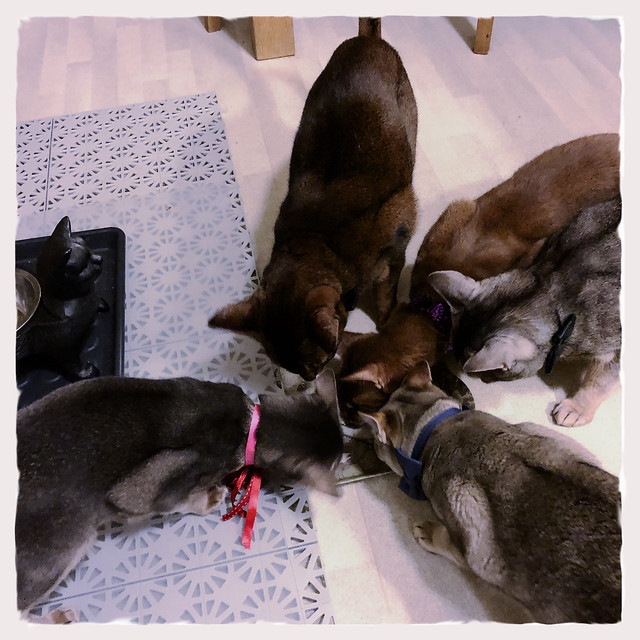 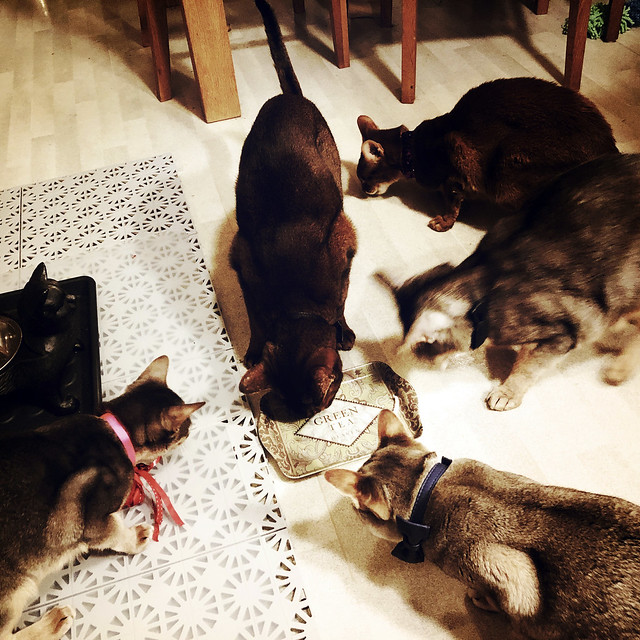 Everyone seemed to enjoy their bits of turkey. 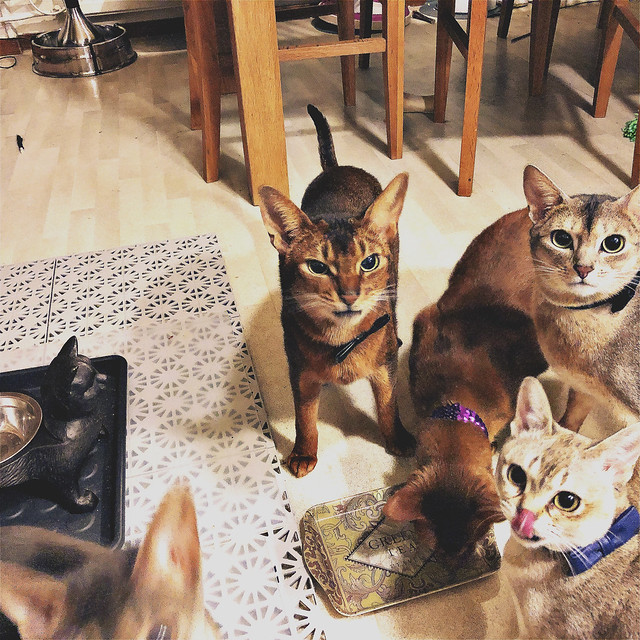 As you could probably tell by the general swarming going on. 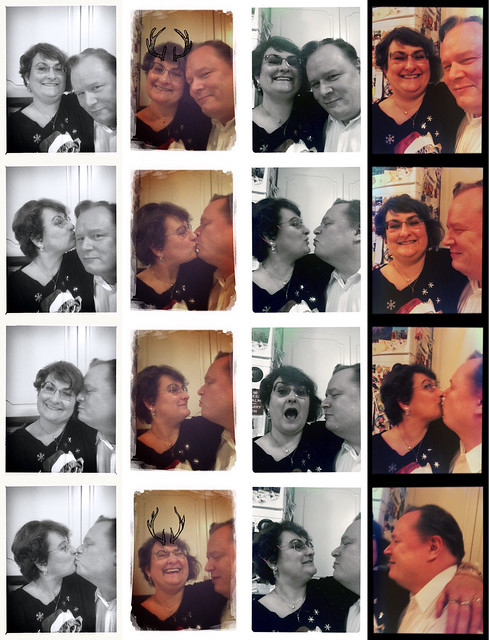