Time to explain yesterday’s post. Last year we were at a cat show in Göteborg that was held in a venue behind Central Station. Walking over to it, we discovered a 3D map of the projected growth of the city in the next 15-20 years, including the renovation of the transportation hub and surrounding area. Called Västlänken (the West Link), the project is basically Göteborg’s version of Boston’s Big Dig. 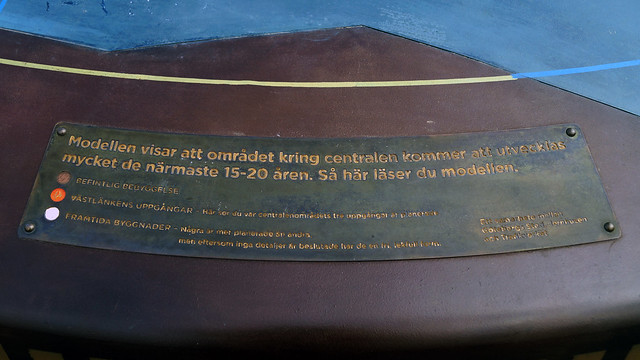 The map shows the existing city, the changes made by Västlänken, and then an imaginative projection of what Future Göteborg might look like. 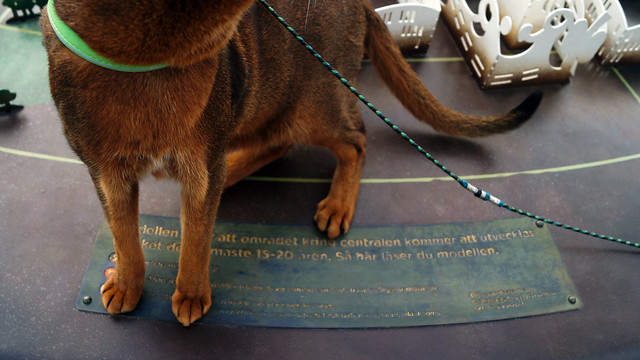 I call it a map, but it’s is actually more like an ironwork sculpture. It’s really cool to look at…and interestingly cat proportioned. 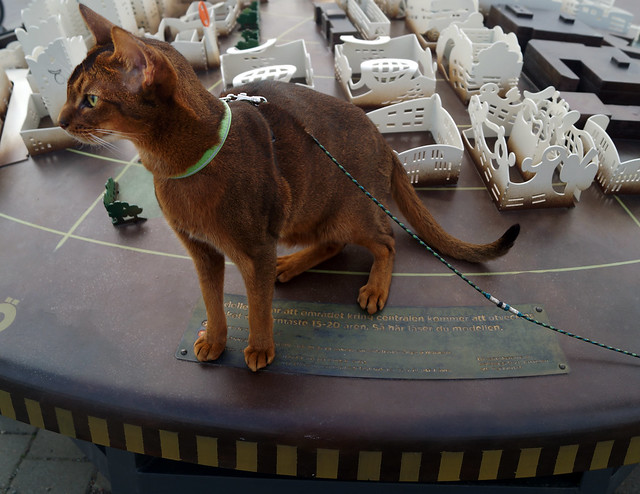 It kind of reminded me of the chase scenes in Zootopia/Zootropolis when Judy and Nick chase the weasel. 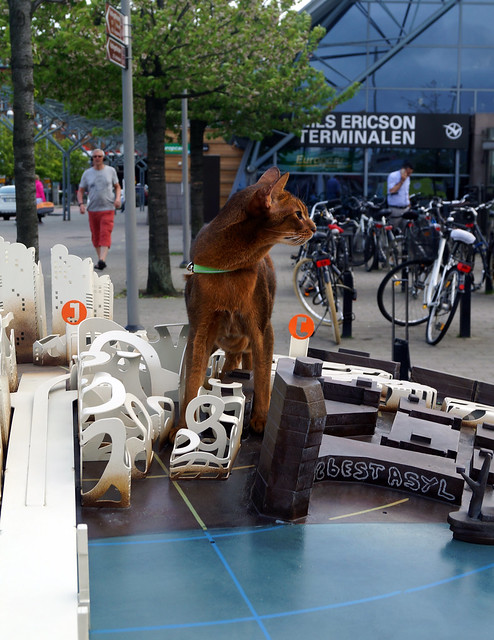 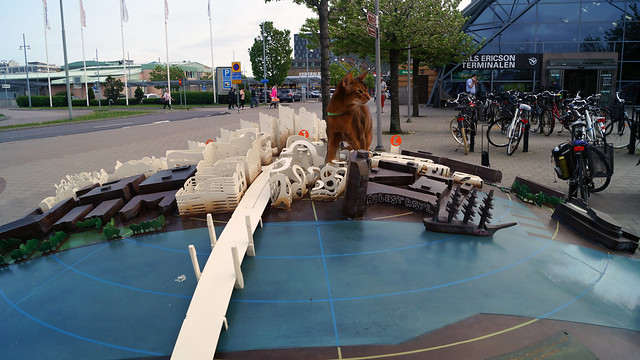 Included on the map is the Hisingsbron Bridge, currently under construction and planned for completion in 2022. It will replace the existing Göta älv Bridge, which is falling into disrepair…again, very similar to Boston! 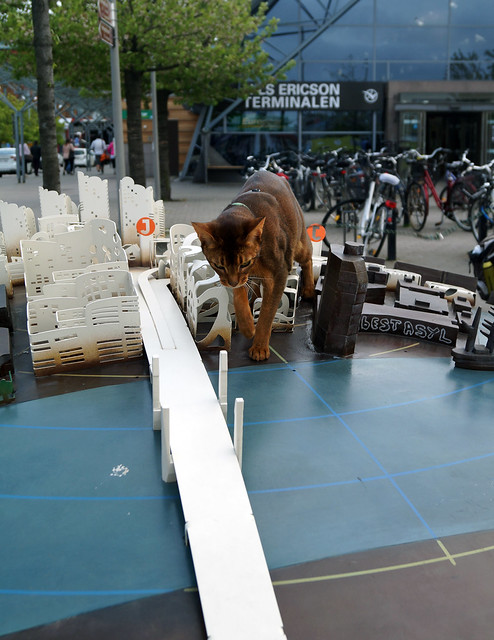 Jake’s been over the Zakim Bridge in Boston…I wonder if he recognised the similarity? 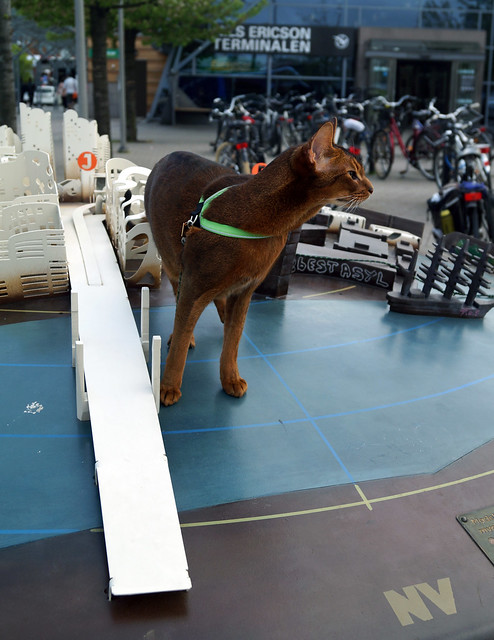 Erm…Jake? You do realise you’re standing in the harbour, right? 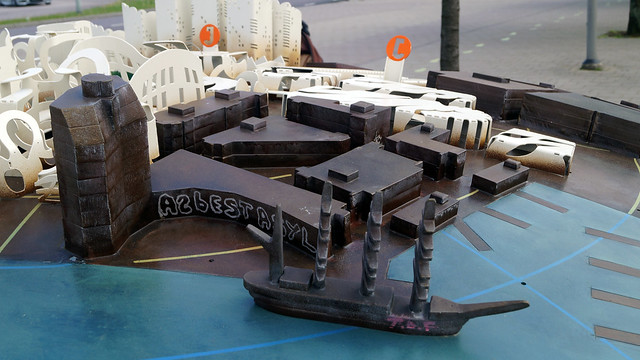 I really like the little model of the Barken Viking. It’s actually a hotel now! 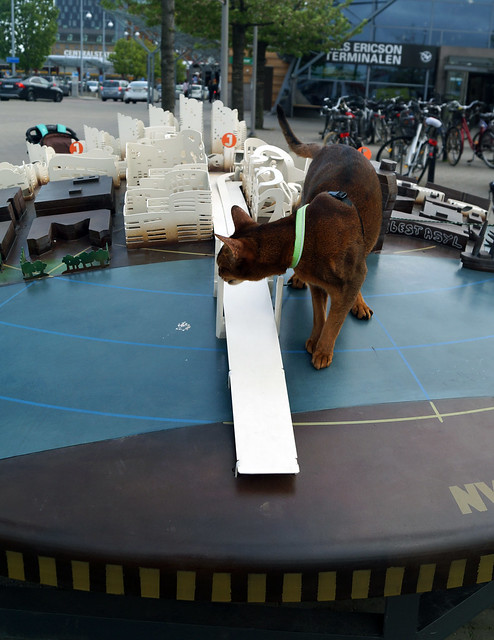 I love how the model even has little trees along the waterfront. 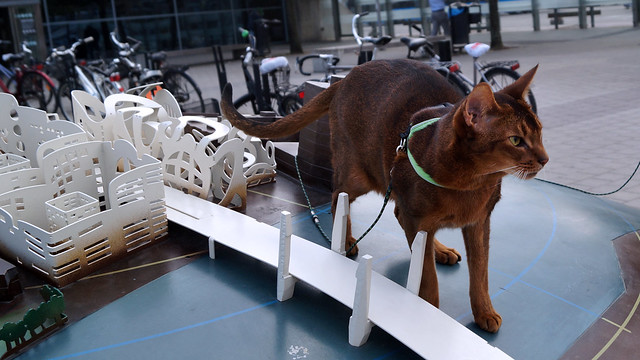 And here we have Jake bridging the bridge!