One of the most amazing things that happened at the show this weekend was that we met (N)Tejas Glenn. Glenn has fathered thirteen offspring, including our own Lorelai. Yes, we met Rory’s father! 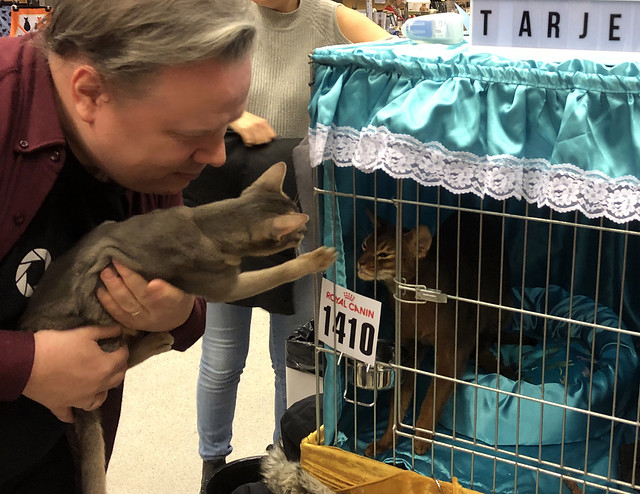 And Rory got to meet her father, too. 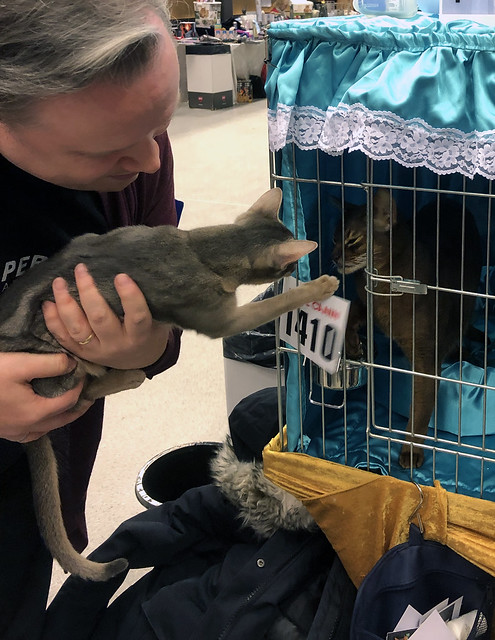 It was super heartwarming. She reached out to him, he wanted to sniff her…and there was no hissing or animosity. It was so touching. 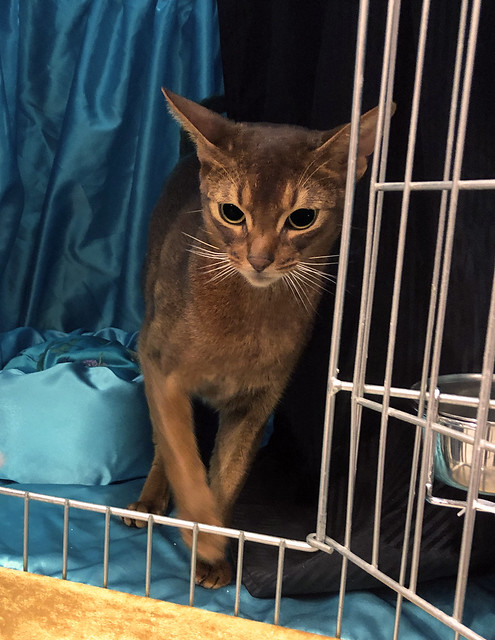 Glenn is an exceedingly handsome Aby. 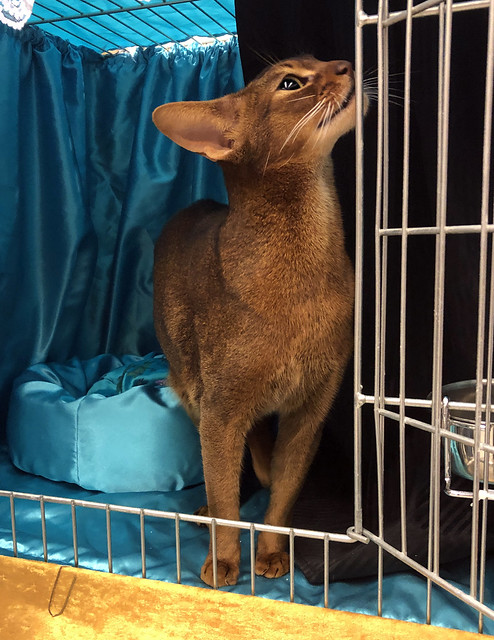 He actually reminds me a lot of Jacoby. 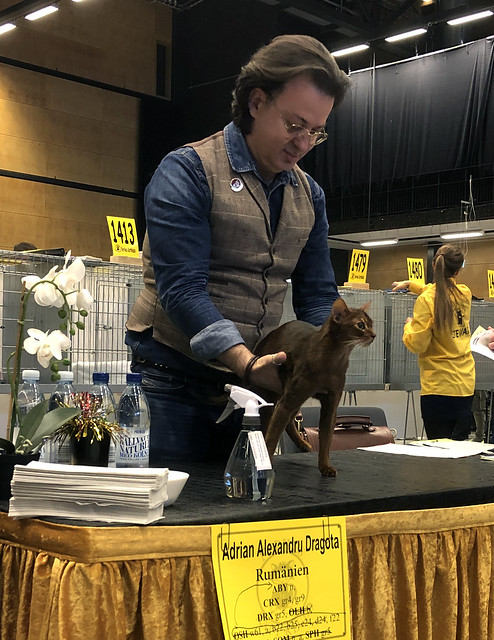 Besides meeting his daughter, Glenn had a pretty good day at the show (he was only entered in the show on Sunday). 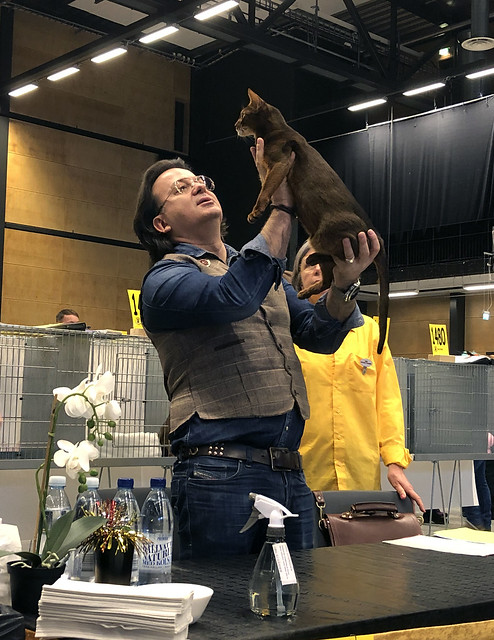 He also earned his Supreme Champion title at this show! Supreme (Champion or Premier) is the highest honour a cat can attain in FIFe, so this is a big deal. 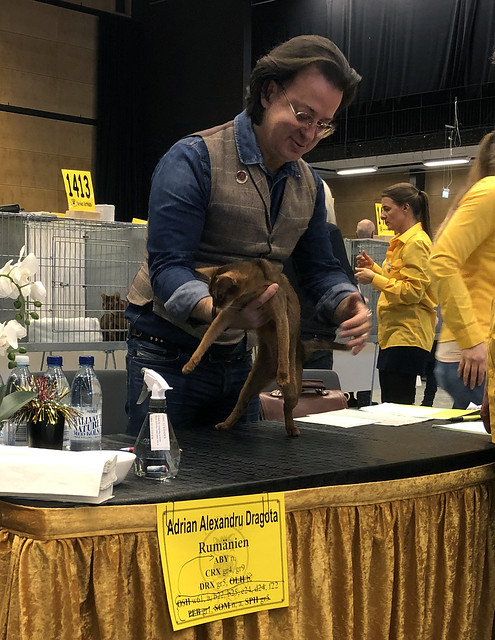 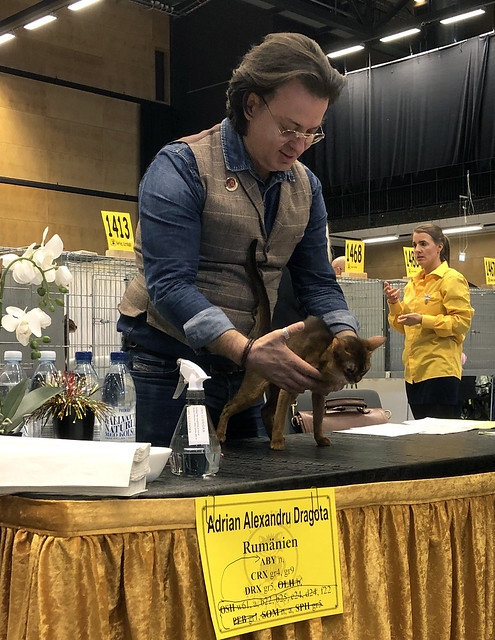 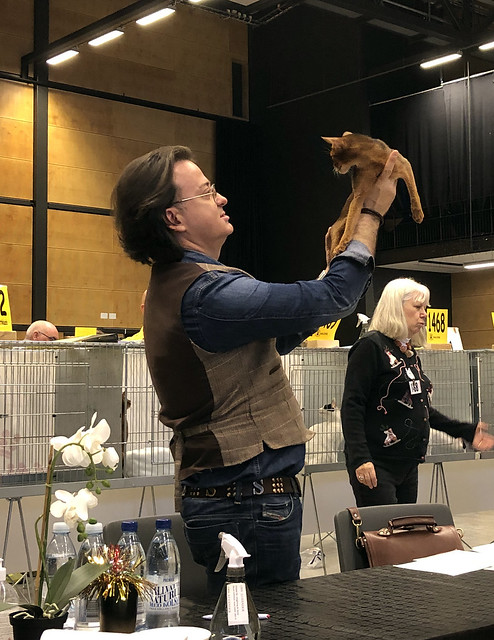 I was lucky enough to be able to watch Glenn being judged for his last certificate. 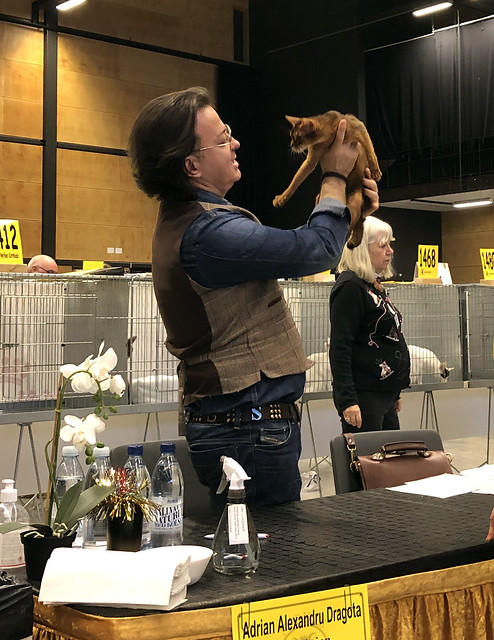 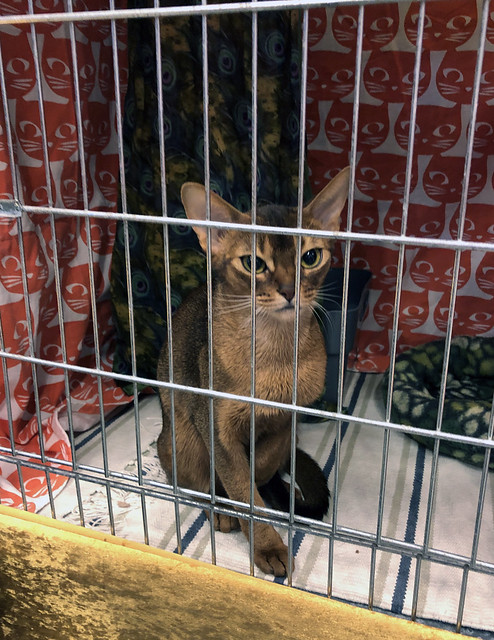 But that’s not the only family that Rory had entered in the show. 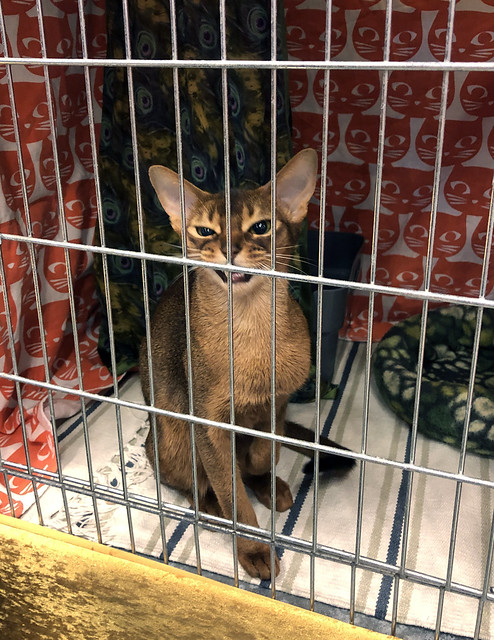 CH S*Aucuparia’s Sevilla JW is Rory’s half-sister. She is seven months older than Rory, but they have the same father. 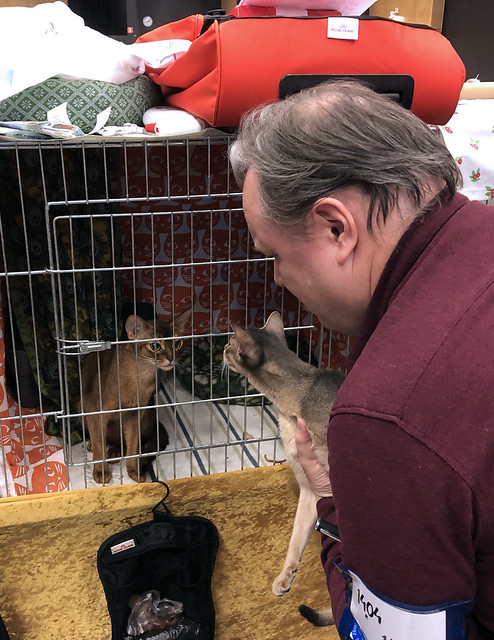 Rory got to meet her, too. 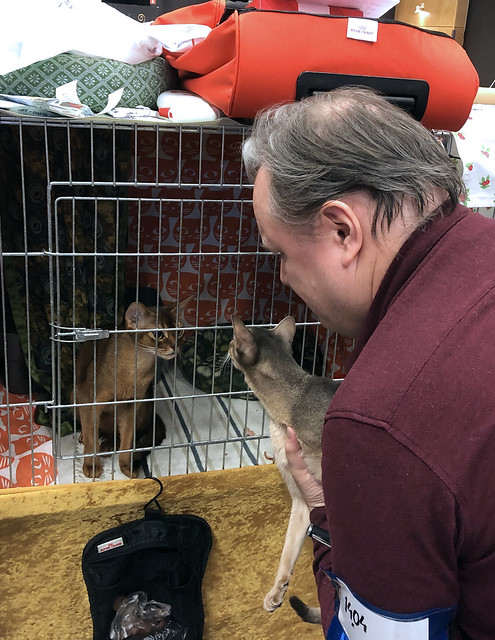 As with Glenn, when Rory met Sevilla, it was very sweet. Interest, but no hissing. I wonder if they knew they were family?