It’s been snowing off and on since last weekend. 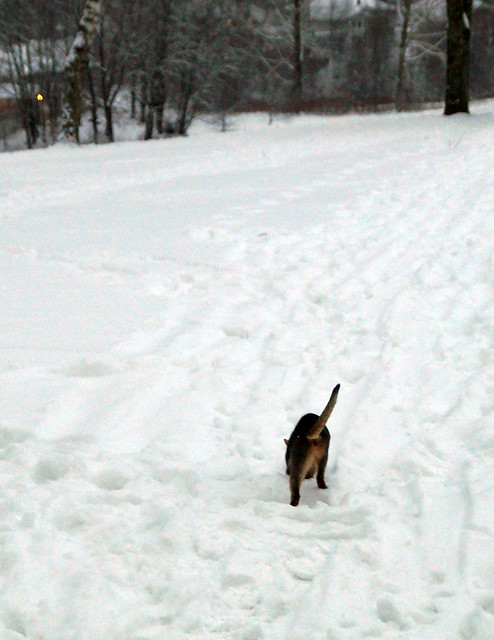 As I have posted before, Lorelai loves snow. 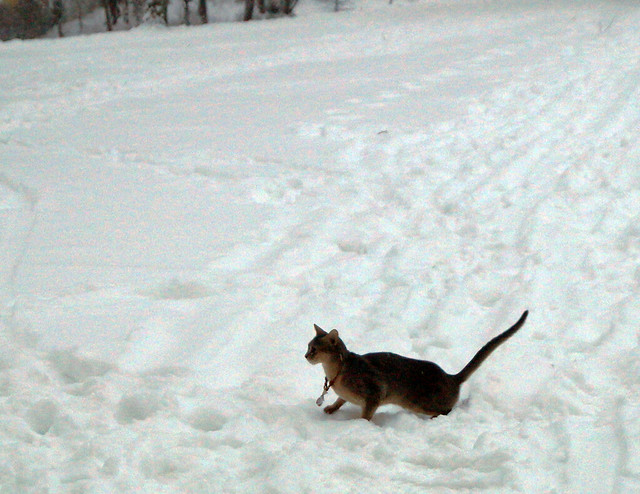 Yesterday, it was a little bit warmer than most days, so I let her out for a little run. The minute she was out the door, she had launched herself into the snow. 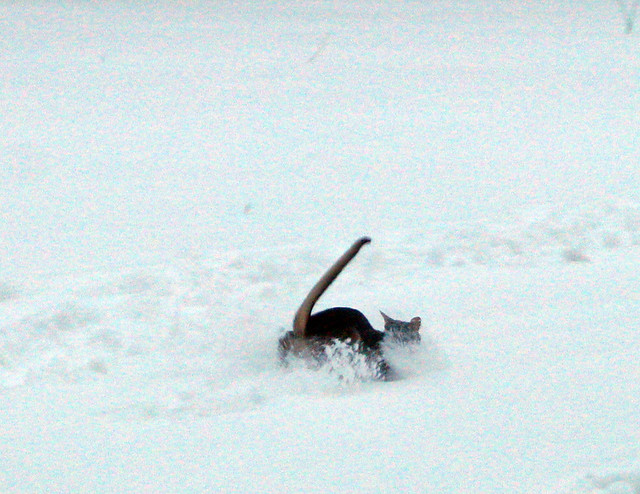 It was deeper than she is tall, but she didn’t mind. 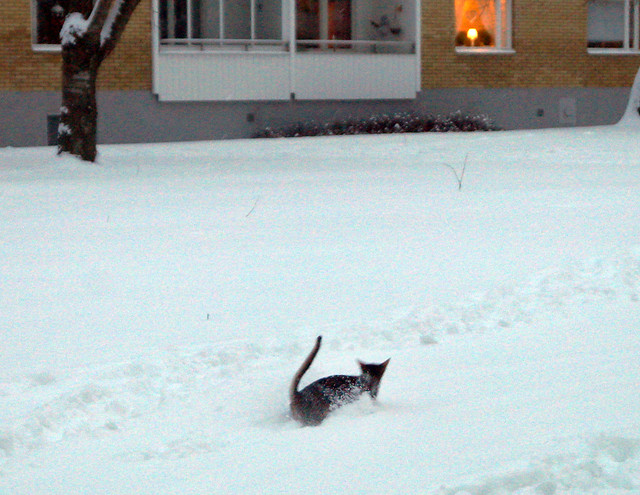 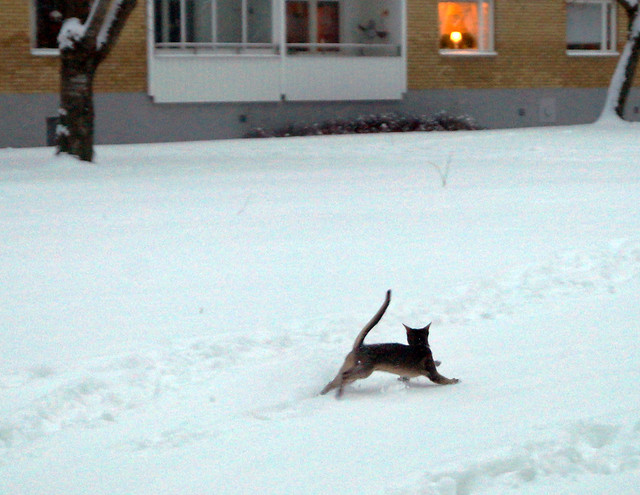 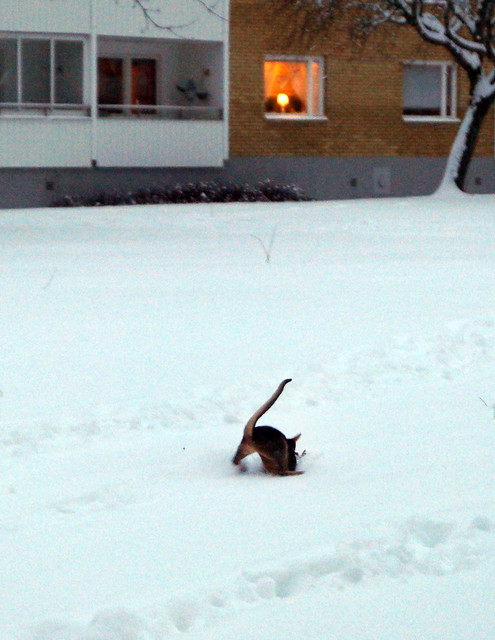 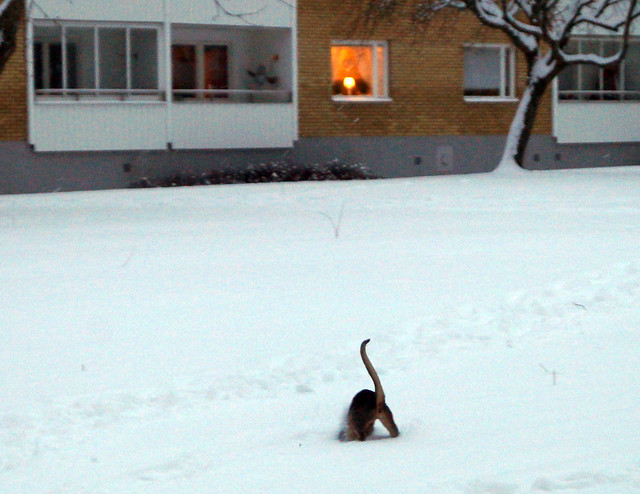 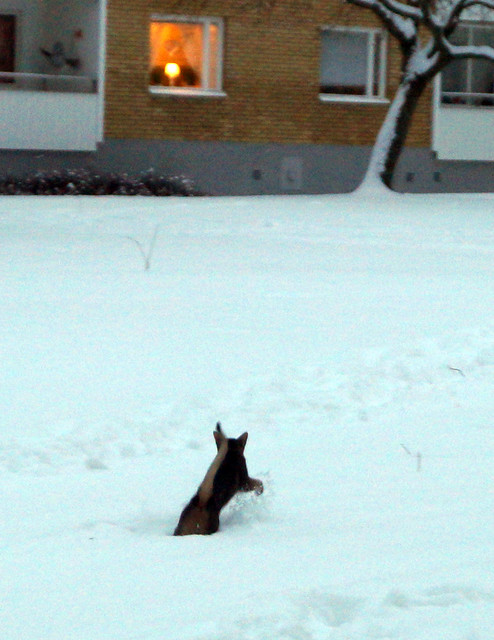 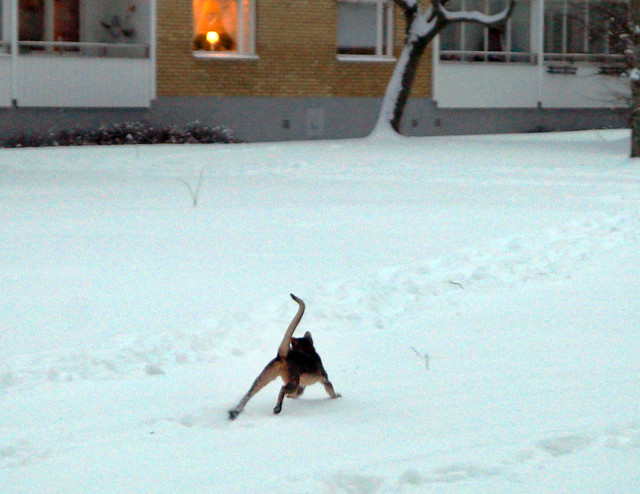 If anything, she reveled in it. She dug holes, ran around like a crazy thing, and generally had a blast. 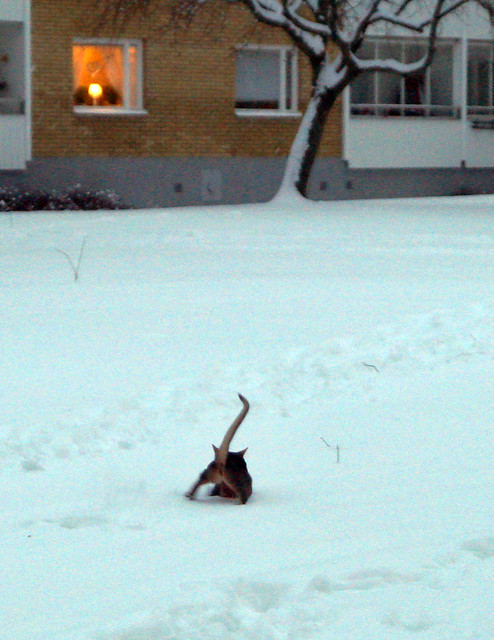 I have to apologise for the darkness…it was close to sunset when she went out. 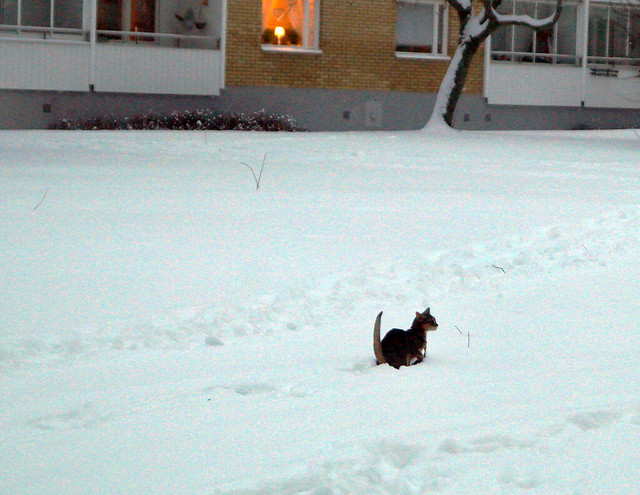 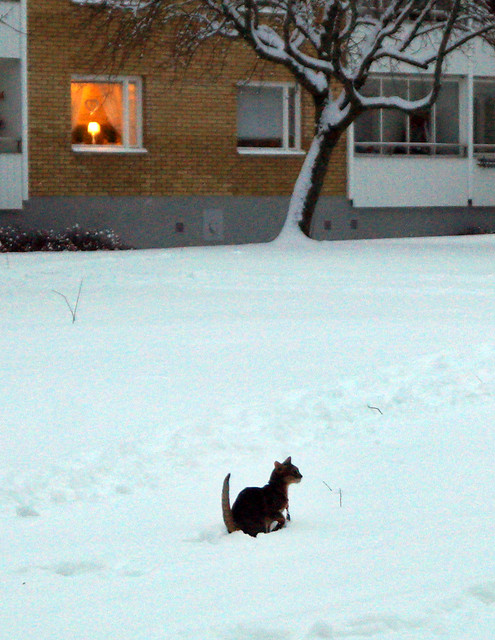 She’s such a little thing, and her coat isn’t very heavy, but she doesn’t seem to mind the cold at all if it means she can be outside. I have a coat for her, but I doubt she would wear it. 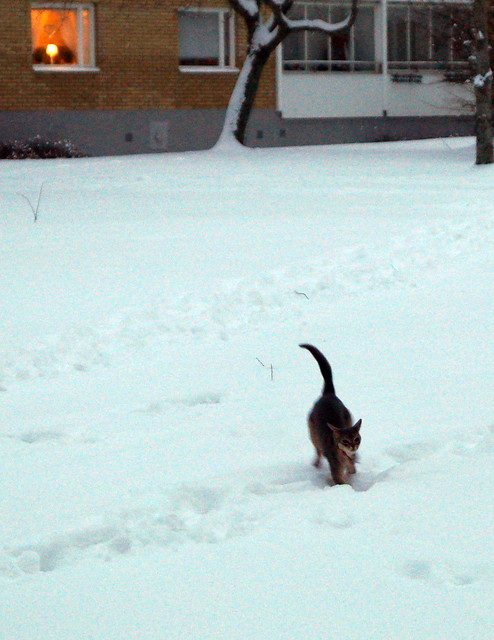 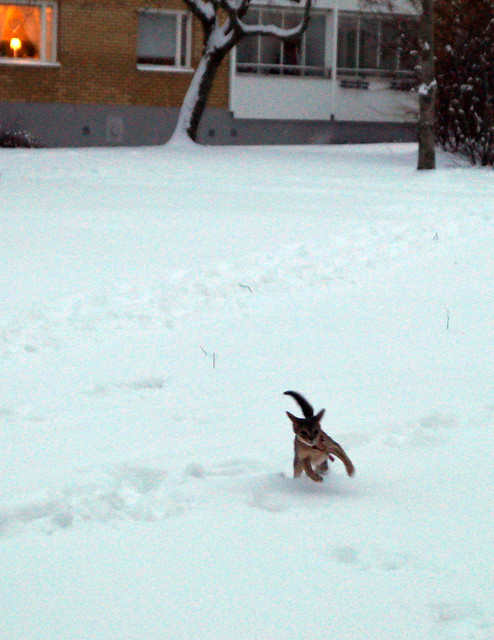 Rory wasn’t the only one who went outside. Alfred and Jacoby went outside as well. They mostly stayed on the cellar windowsills and the mostly snowless front step, just like last time. 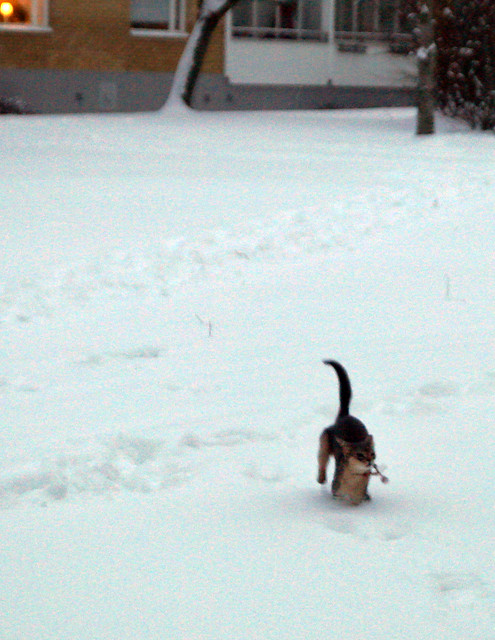 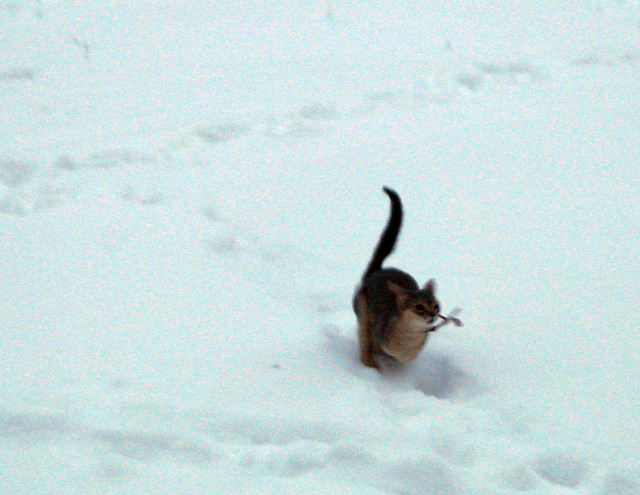 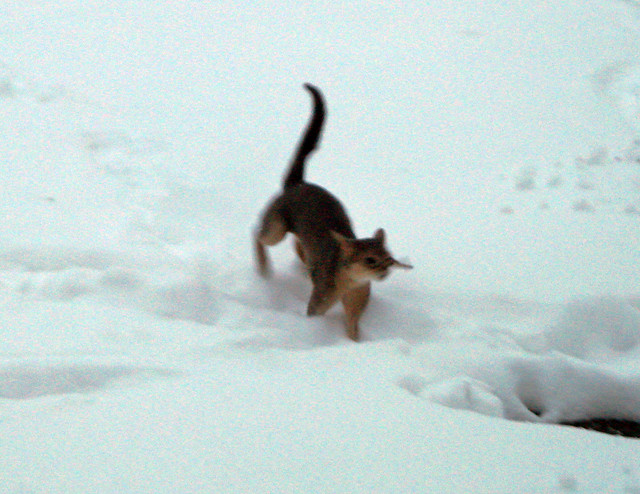 Maybe I should have named her Elsa instead of Lorelai, since the cold never seems to bother her… 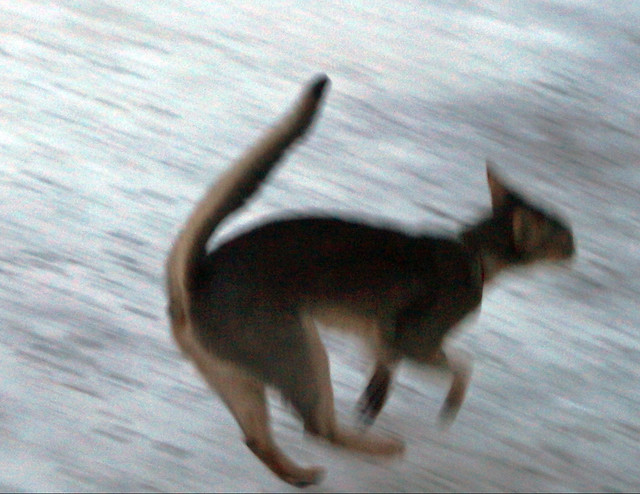 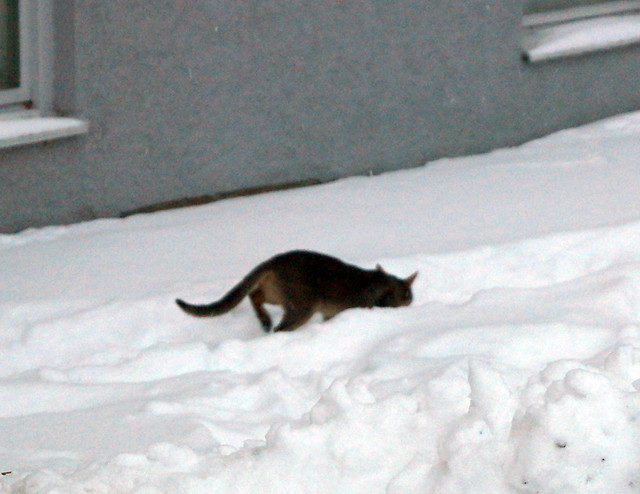 She just loves to explore outside no matter what the weather. 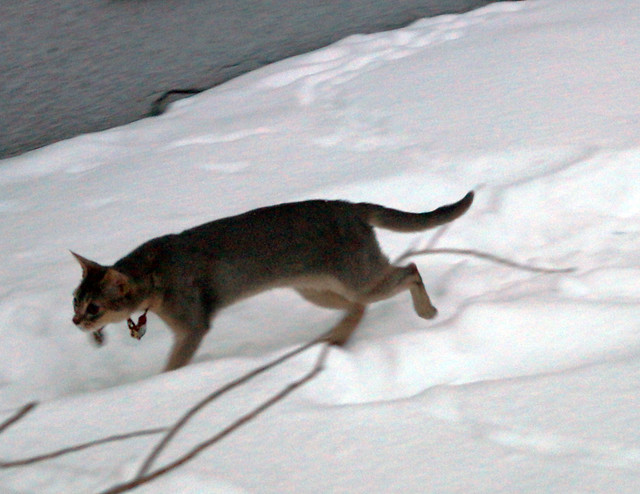 But somehow snow seems to be particularly exciting. 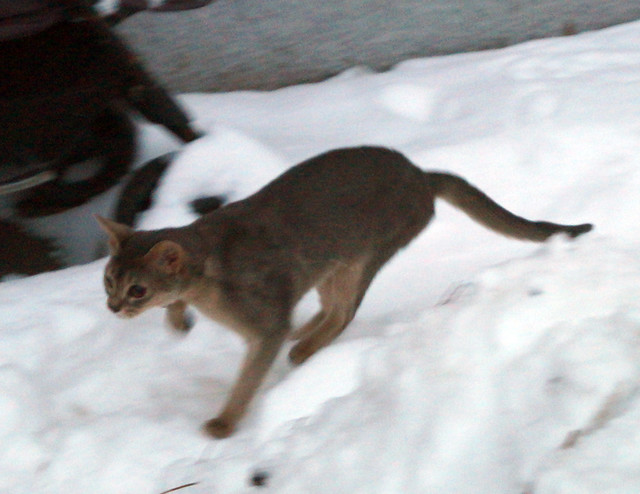 Maybe it’s the fact that all the things she usually sees outside are covered up. She also loves to play in and underneath our comforters, so she has a fondness for things under covers. 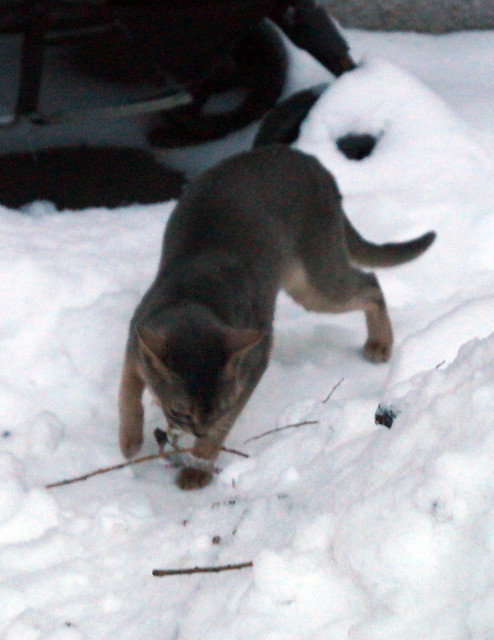 More snow has been falling all day today, so I hope to take her out again tomorrow.