I made Freddy a cake just like last year, but this time nobody ATE the candle. 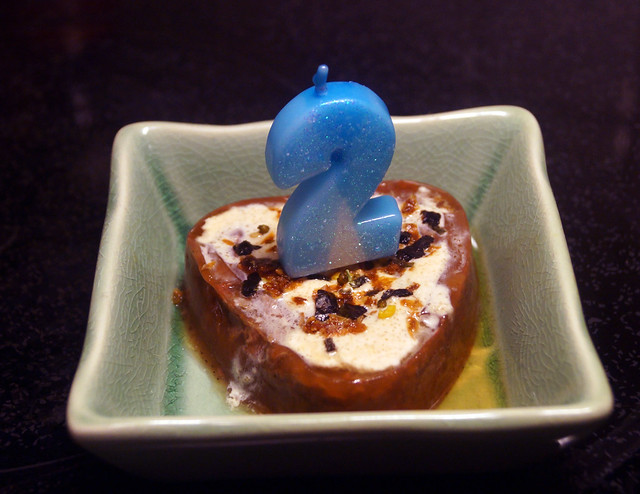 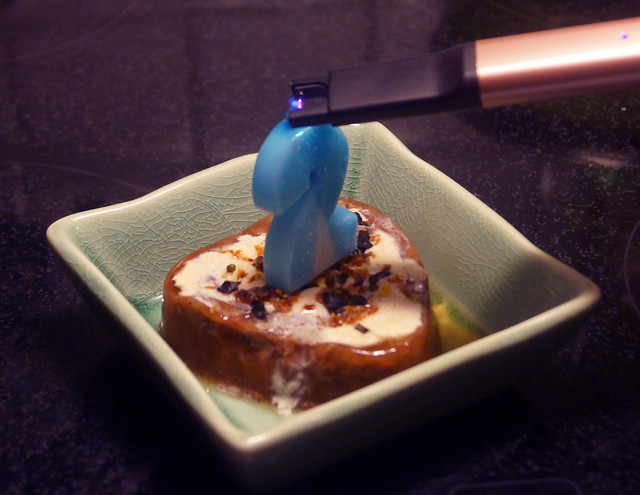 Here is the uneaten candle being lit. 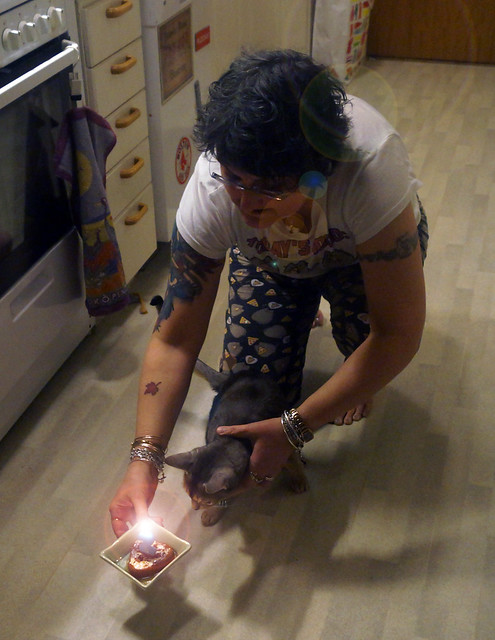 Whilst Jacoby and Angel will eat their cakes with no concern for the fire on top…Freddy was not so sure. 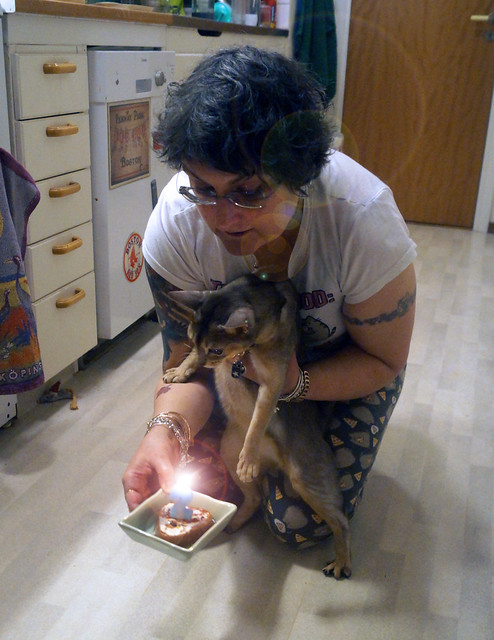 He actually seemed a bit intimidated by the flickering flame. 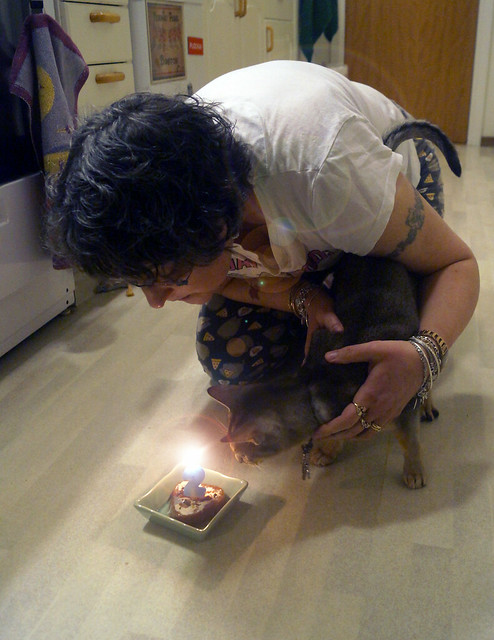 I tried to coax him into trusting it. But he never did. 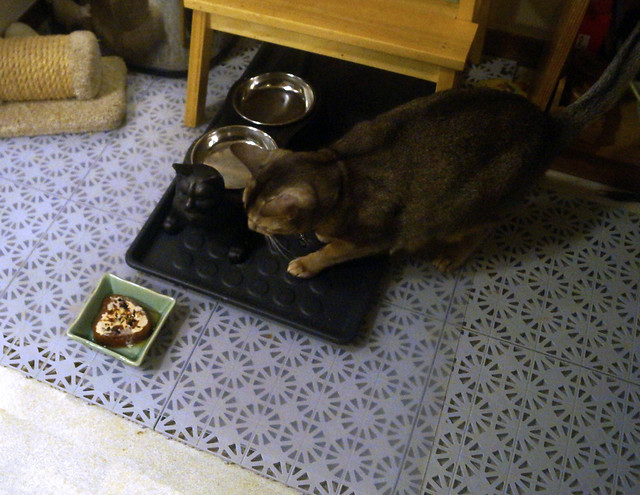 In fact, he wouldn’t even eat his cake once the candle was blown out and removed. 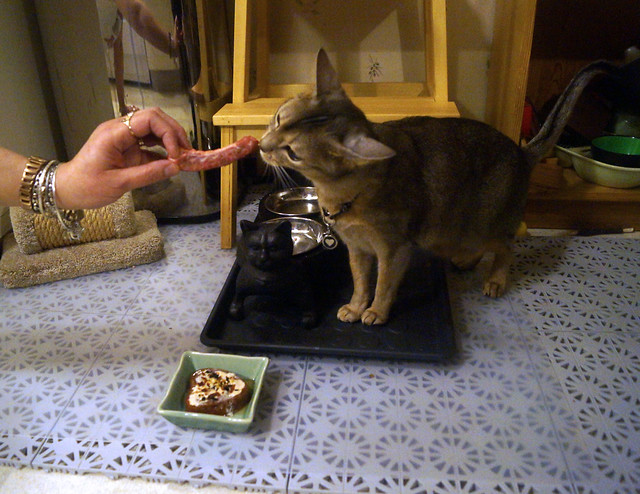 Since he didn’t want to eat his cake, I gave him his birthday present: a raw chicken neck. 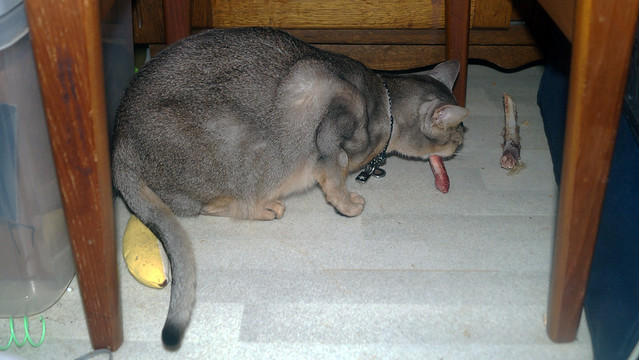 That was what he wanted! He took it under our extra chair, which, judging by the spare rib bone that was already there, is his place to drag his trophies. 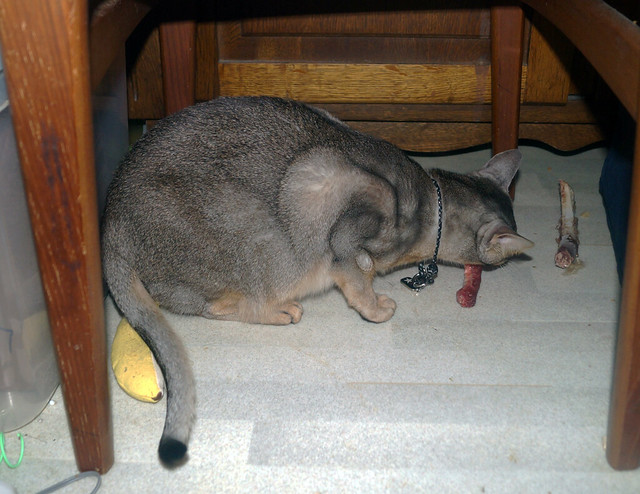