Friendship is a funny thing. You meet people every day. Some are strangers, and strangers they remain. Others become friends.

When I was a cat-crazy kid, I couldn’t imagine being actual friends with a cat breeder, let alone a cat show judge. Yet here I am, 38 years after this magazine was published, with threinds who are both breeders and judges. In April 1981 I was two months shy of my sweet 16th, and I loved cats. Cats and the Beatles. No wonder that in August 1981, when I found a seal-point and white kitten, I named him Sgt. Pepper…

Usually, when you look at an old magazine, you don’t read the classifieds at the back. But this old issue with an Aby on the cover…I wanted to see something.

And, lo and behold. Meg is listed as an Abyssinian breeder in Massachusetts. I never knew I’d end up in Massachusetts, let alone be friends with a breeder who had ads in a magazine when I was 15 going on 16… 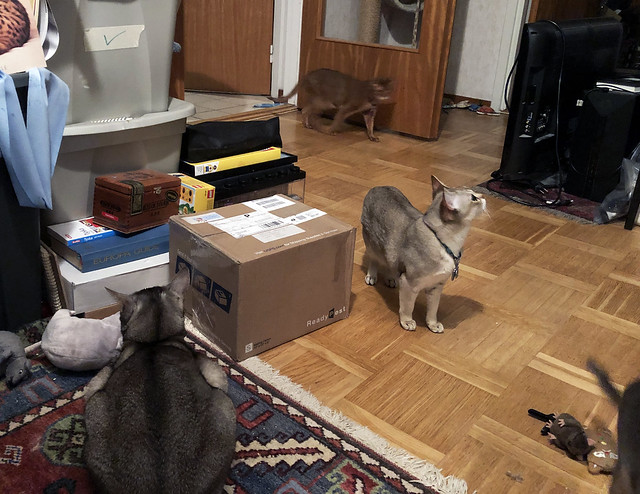 But it’s true. I am actually friends with a woman who has been breeding Abyssinians almost (but not quite) as long as I’ve been alive. And to think that she and I are very good friends! But it happened so naturally…Meg knew Sherry, and Jacoby was related to Lew and Taz…and…we clicked. That’s how it is when you make a friend. 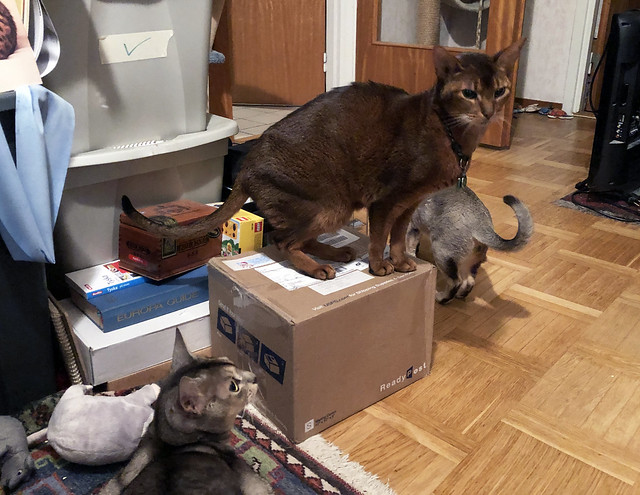 So a couple of weeks ago, Meg sent me my belated Christmas present. To be fair, though, I didn’t send mine out until January. 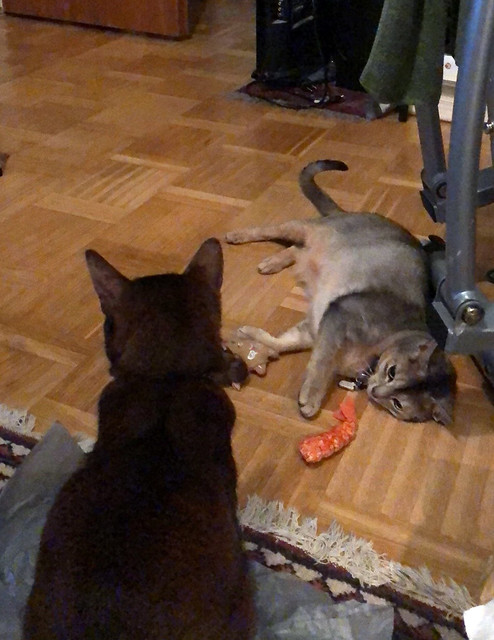 She sent me a lot of cool things for me: Socks, a candle holder, and some CFA things…but she also sent things for the cats. One of which was this catnip shrimp. Alfred was the first to investigate the shrimp, but… 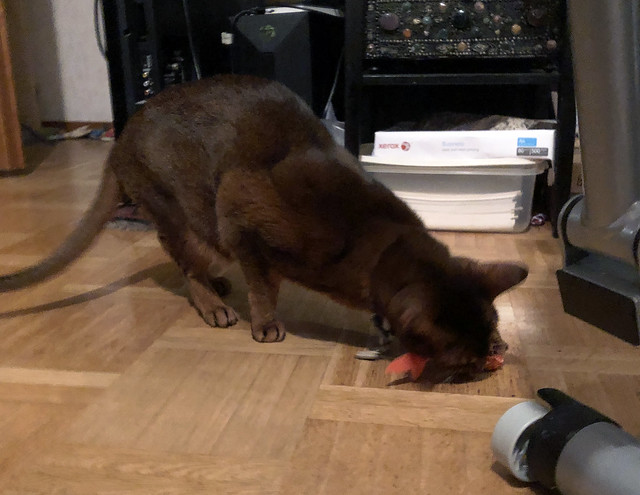 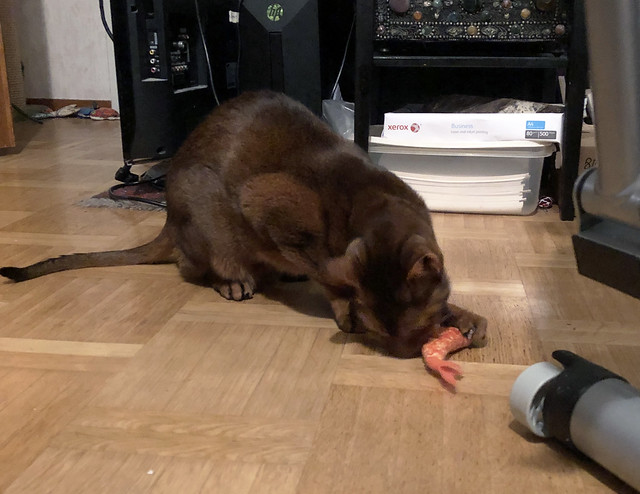 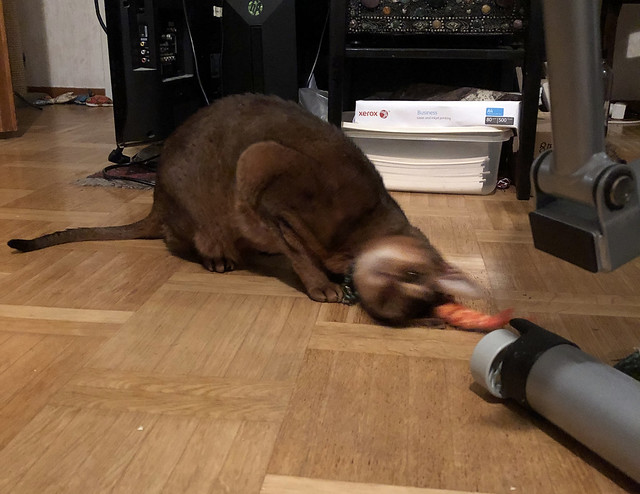 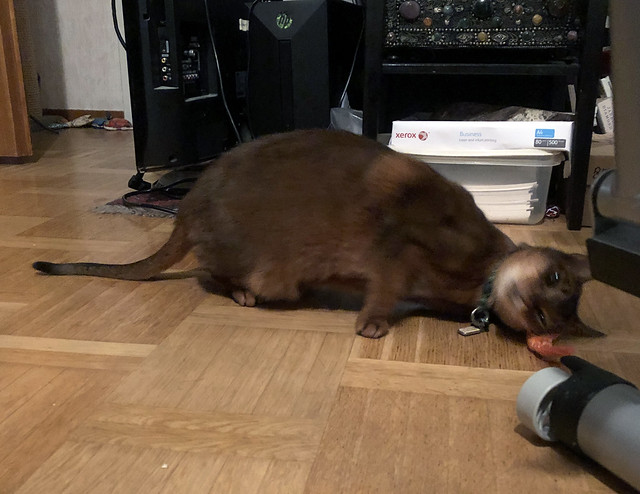 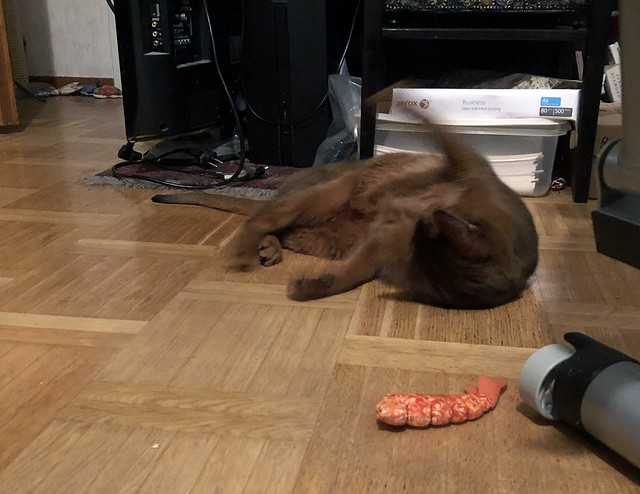 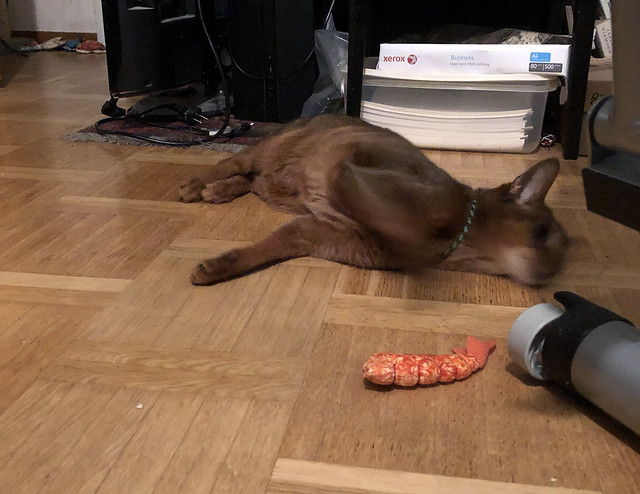 So yeah, this shrimp was almost tailor-made for Jake. Sorry, Freddy. 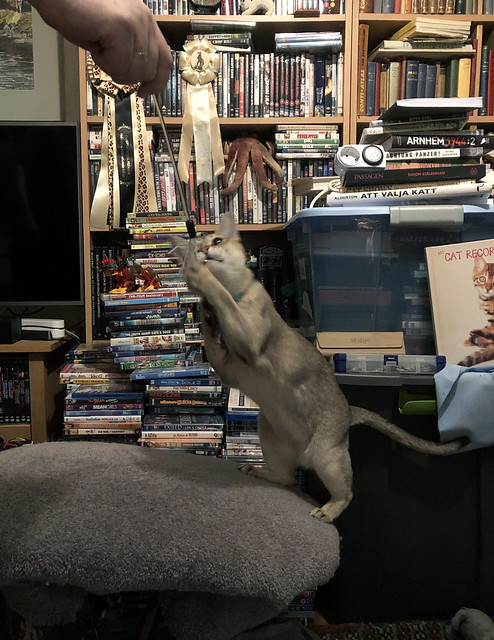 Another toy she sent was a wonderful stick toy that we can use at cat shows. Izaak was all over it 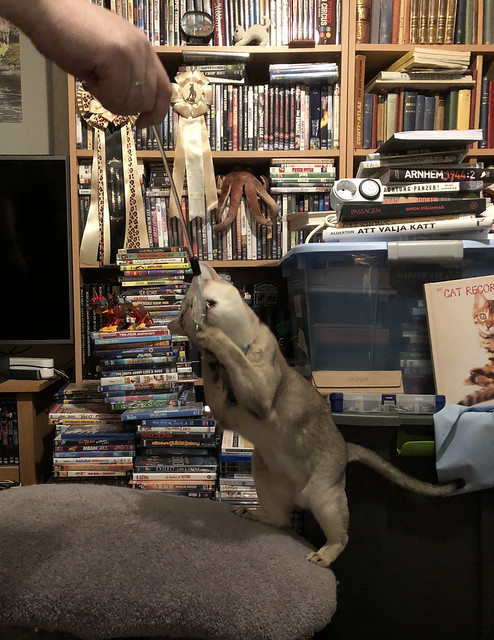 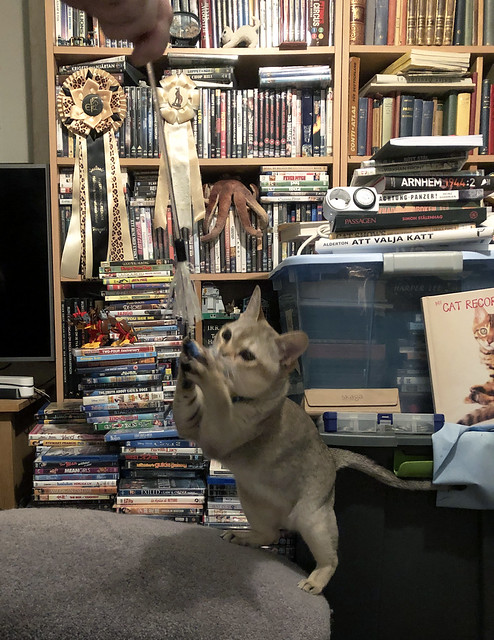 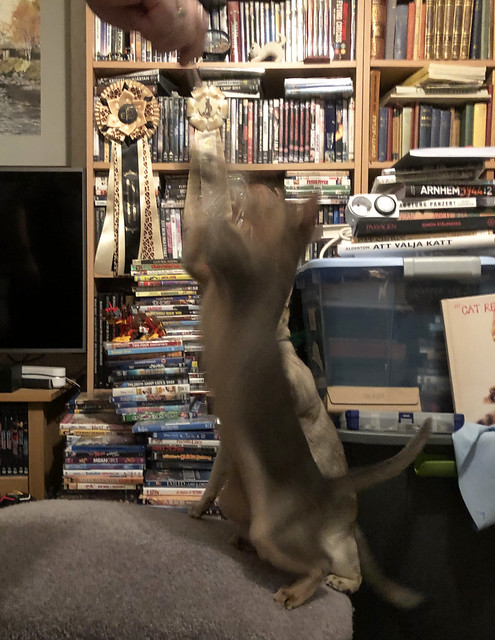 Not as much as Lorelai does, apparently. Because oh, look, here she is, moving faster than a camera can capture. 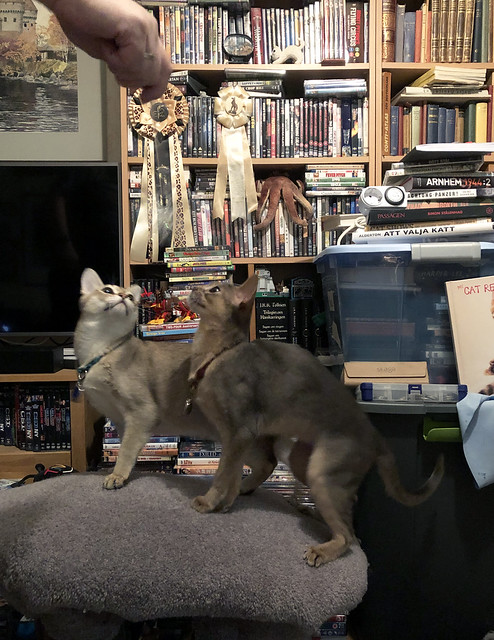 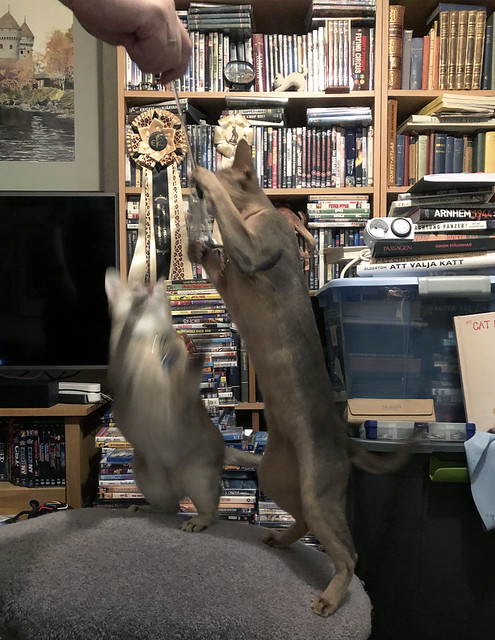 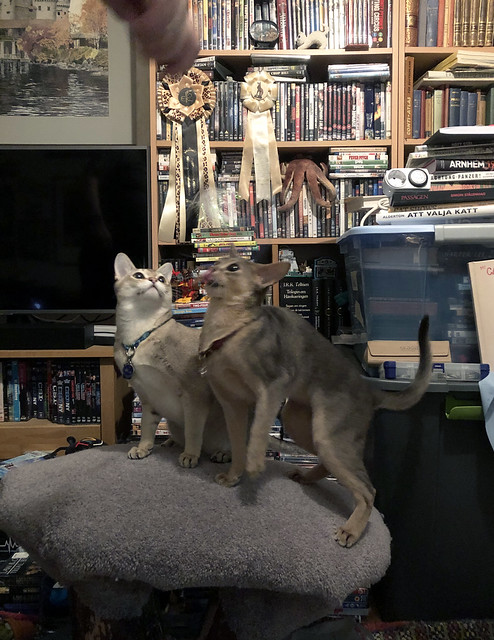 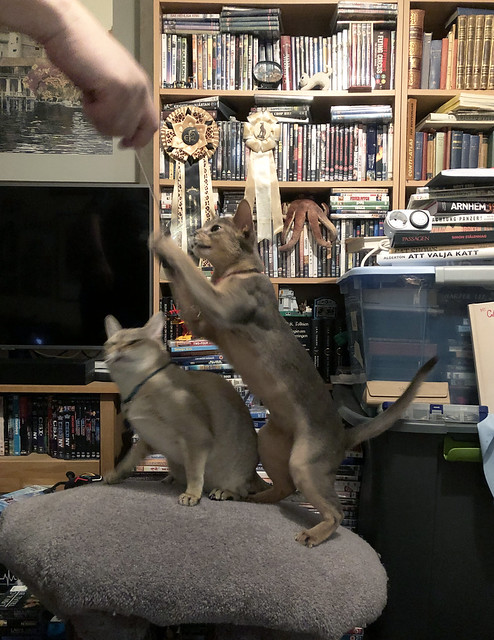 Rory and Zak enjoyed that stick toy so much, I think it’s going to be a permanent fixture at our future cat shows!

4 thoughts on “Aby-a-Day – 21 Februari: A box from Meg…and a little backstory (Thursday Things)”