I always think about Alfred and his “Brother from Another Mother,” Logan. 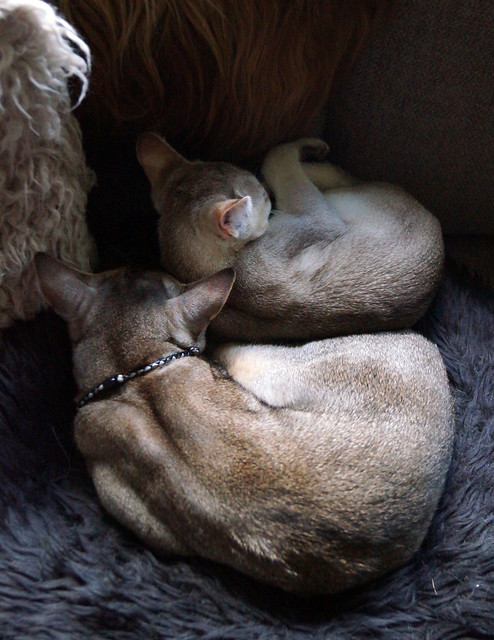 These photos are from July 2017, a month after we introduced Logan to Freddy. 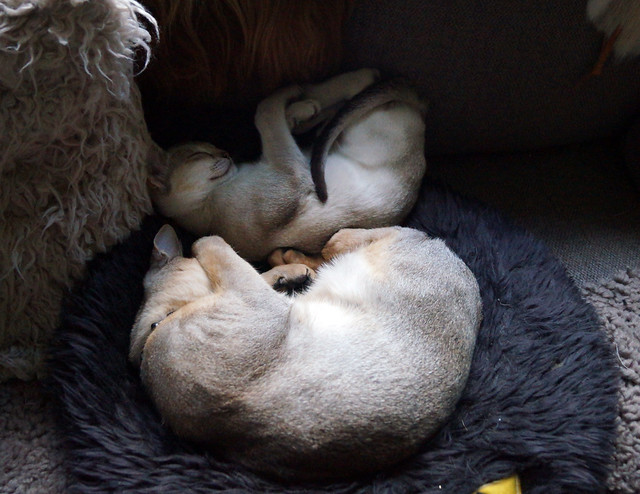 They bonded after only a couple of days. 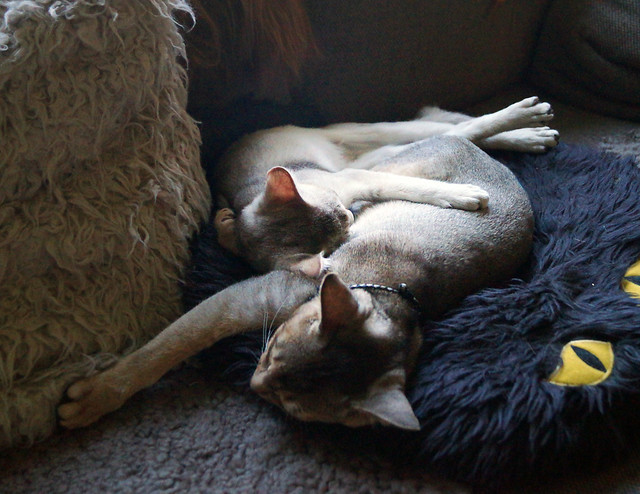 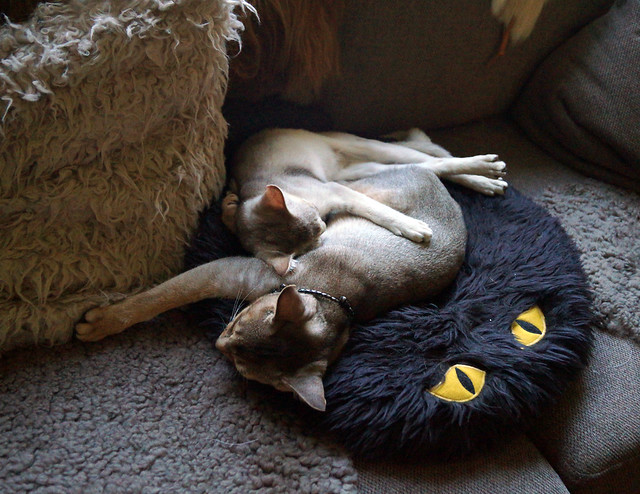 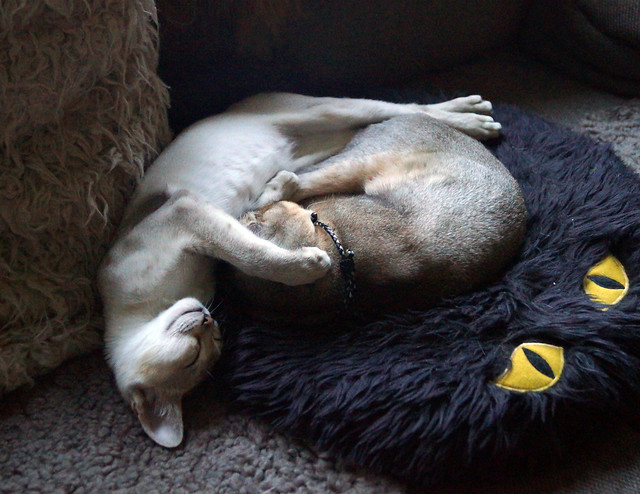 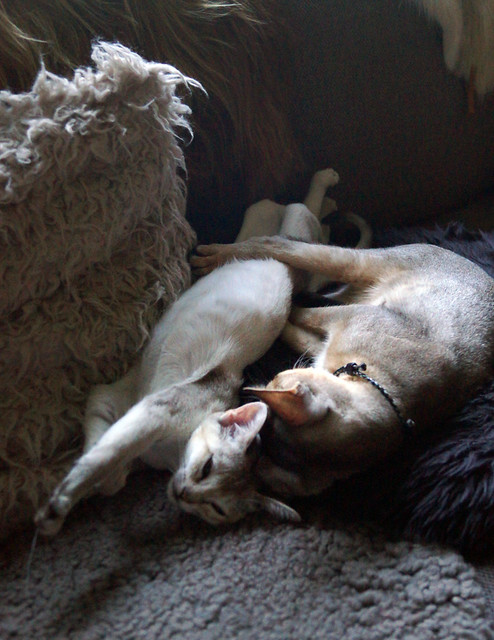 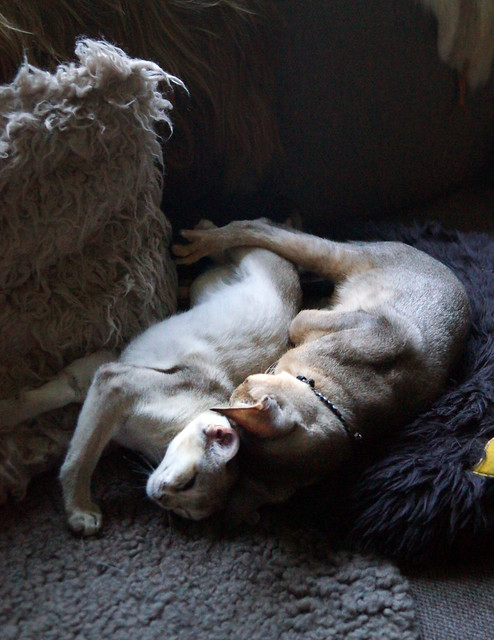 But their bond was deep. I called them “Brothers from Another Mother.” But they really were. 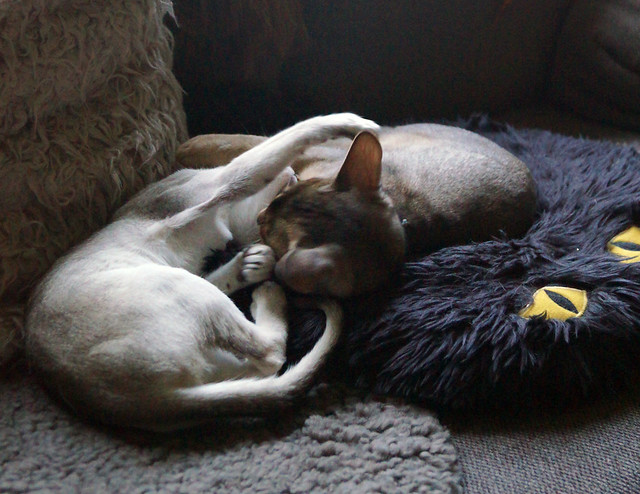 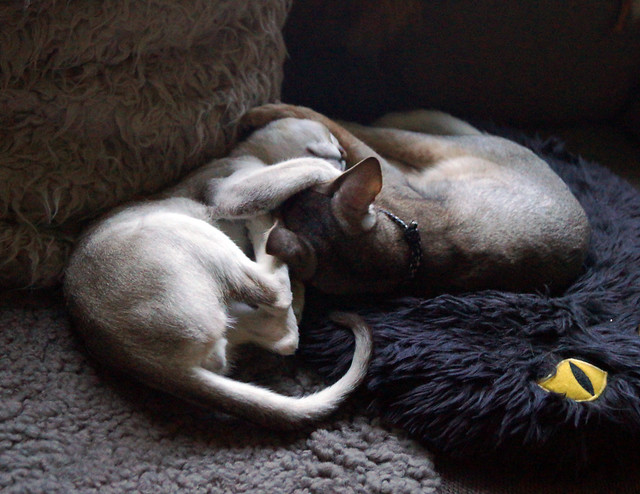 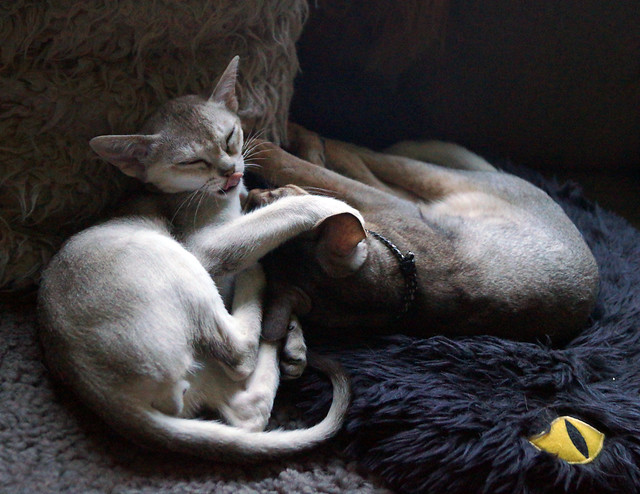 I mean, just look at them! 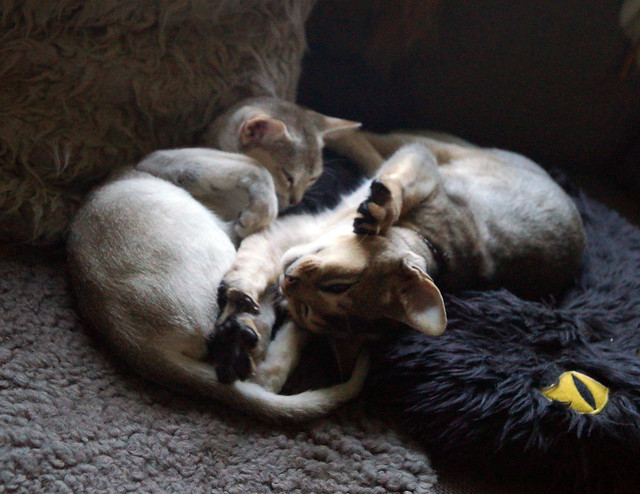 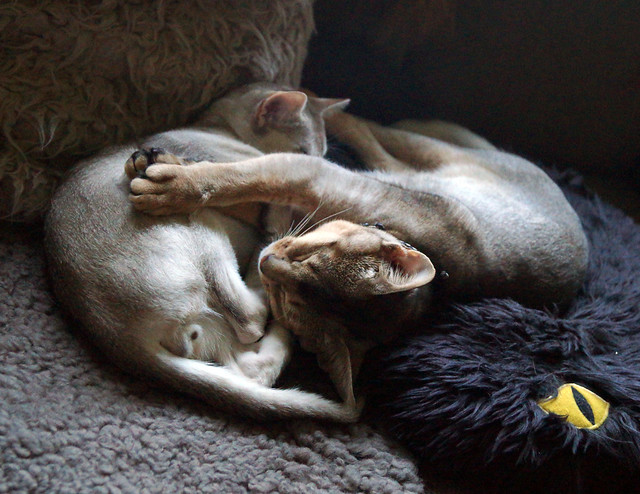 Logan and Freddy were so attached to each other. 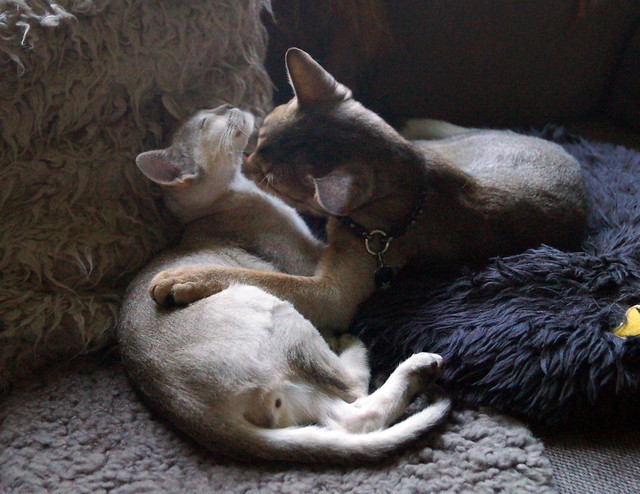 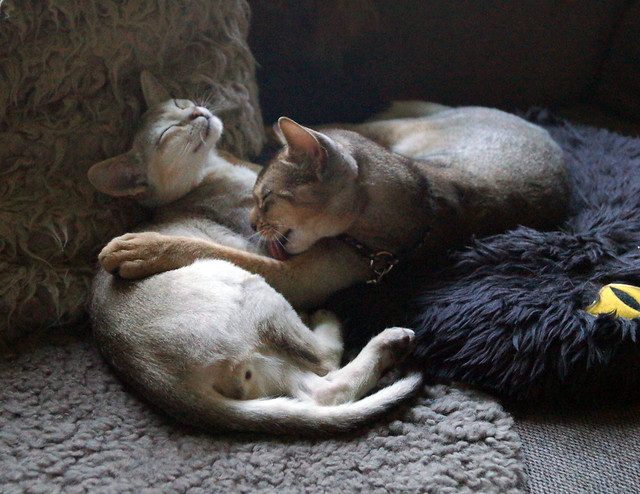 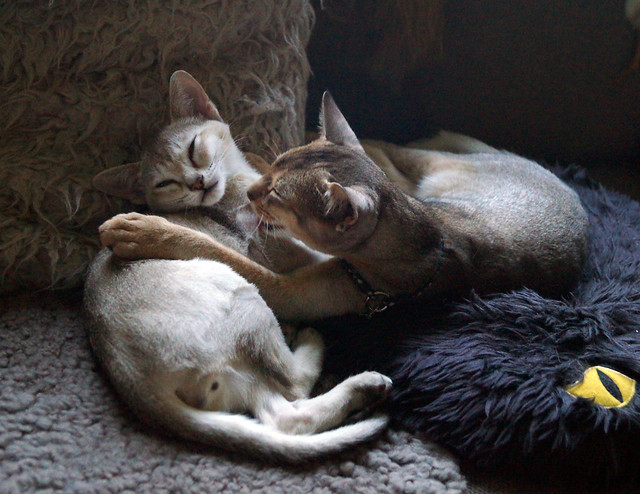 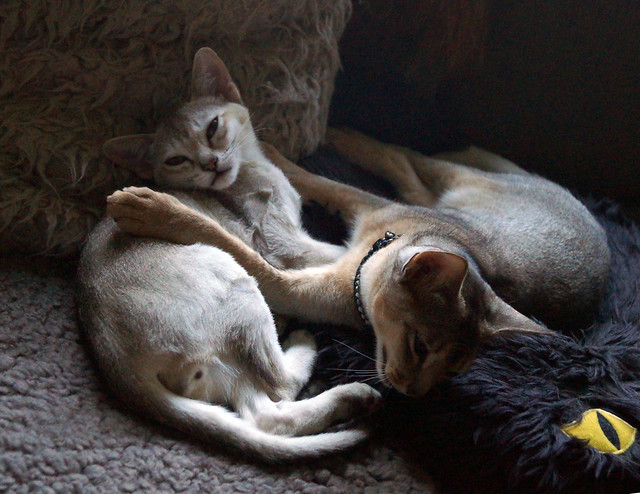 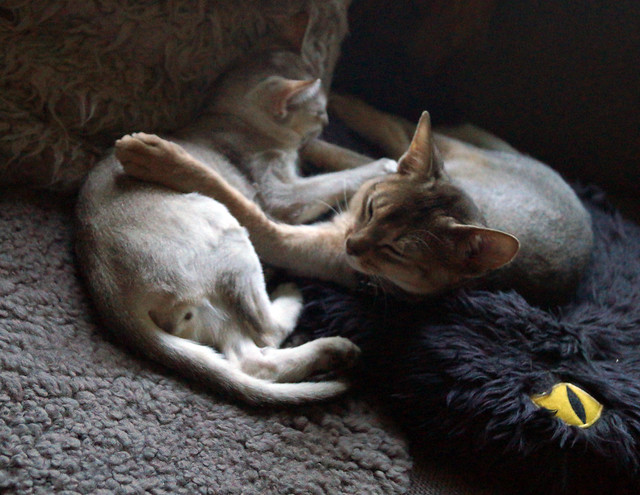 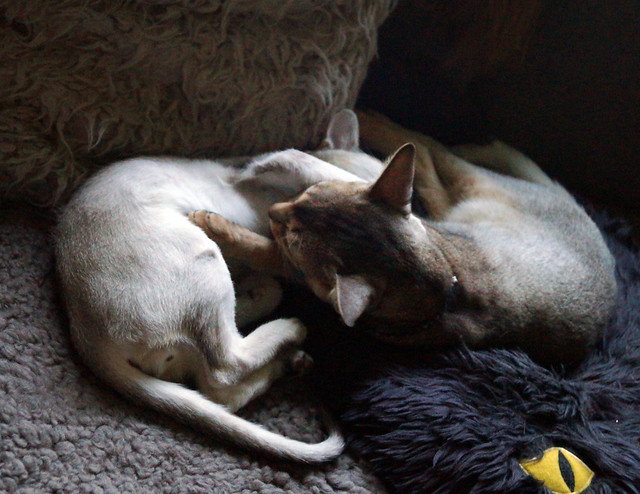 They were so in sync with each other, too. You can see how bonded they were from these photos, taken only a month after we introduced them. 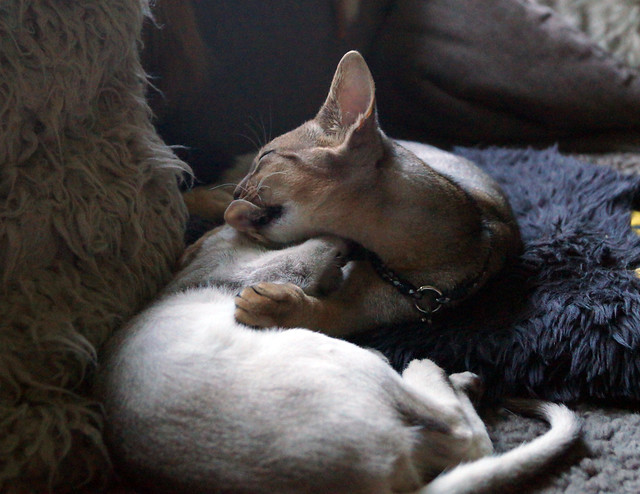 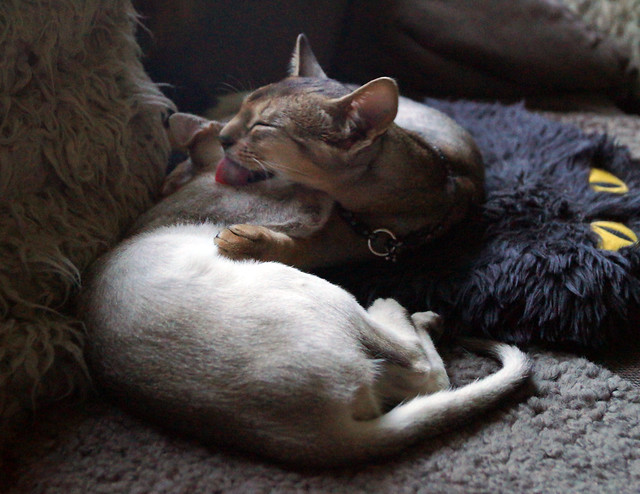 One thing Freddy liked to do was hold Logan down to groom him. 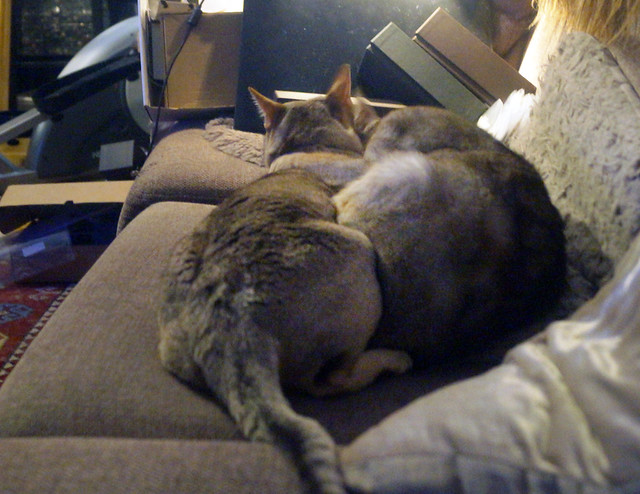 Whilst Izaak is not Logan, and it’s taken Freddy some time to accept Zak… 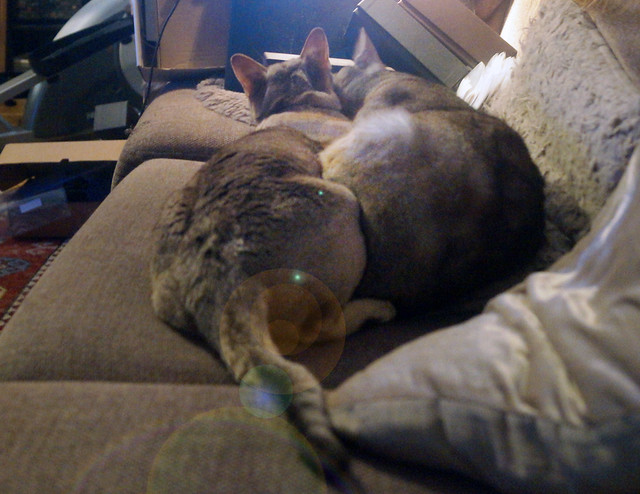 …it seems that Freddy needs a Singapura brother to take care of and look after. 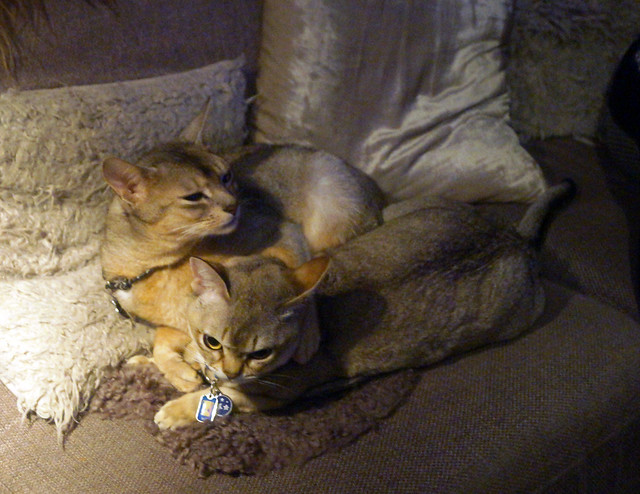 It’s not the extreme “brothers from another mother” love that Freddy had with Logan, but… 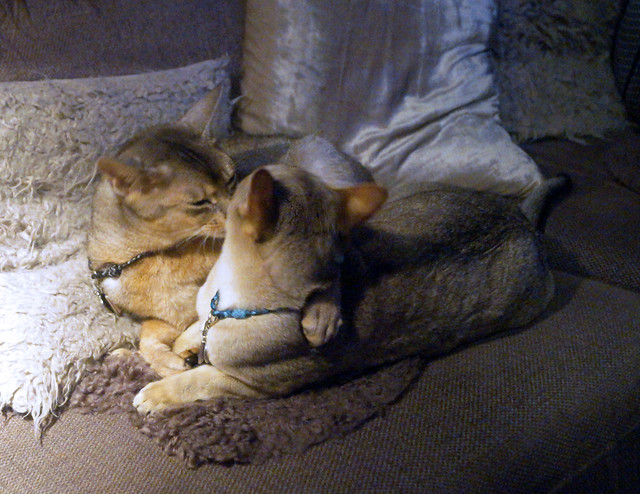 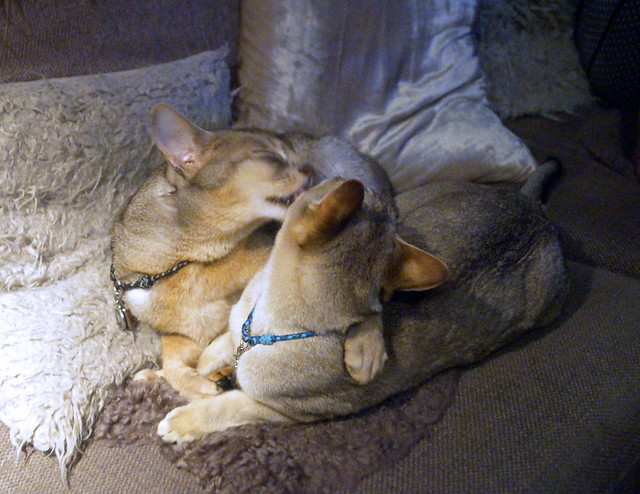 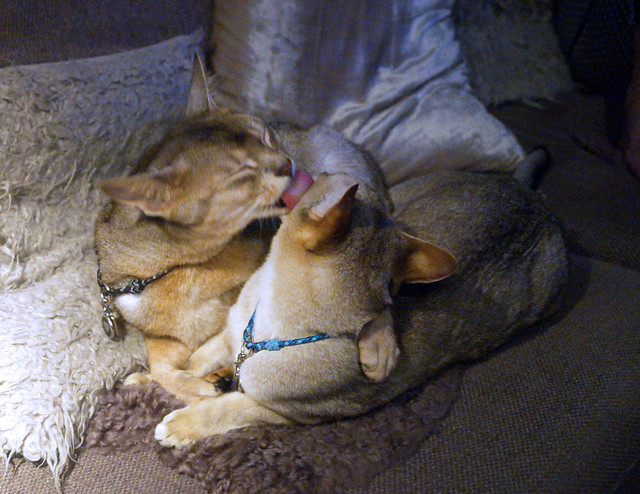 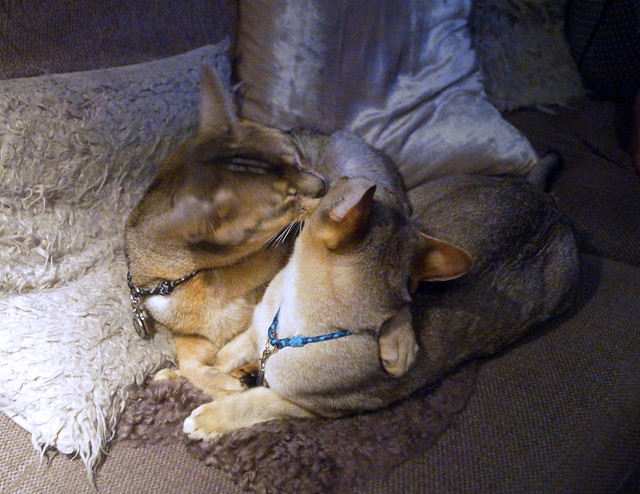 …Zak seems to be an acceptable surrogate for Freddy’s Singapura fixation. 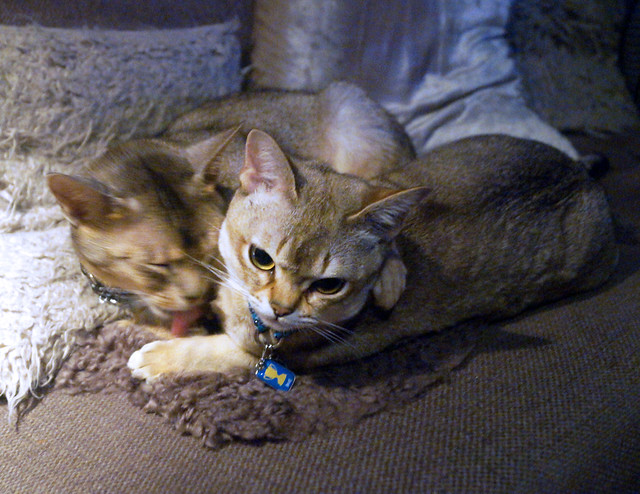 At least, until Zak has had enough of Freddy’s “brotherly” love. 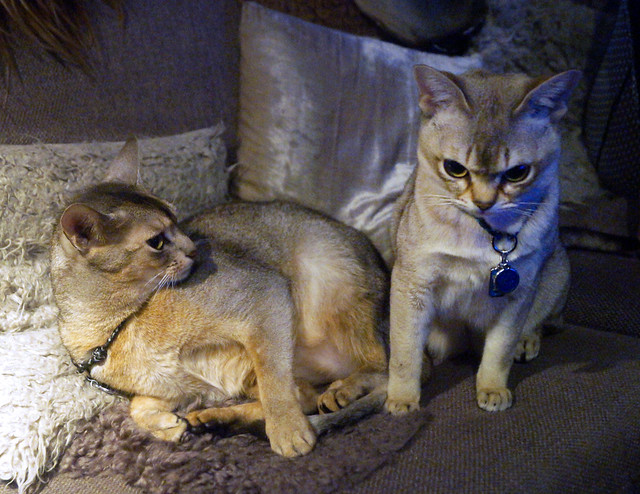 I guess that’s the difference between Logan and Zak…Logan grew up with Big Brother Freddy, and Zak…didn’t. But he tolerates Freddy’s attention well. Enough.