Sad news…CFA judge Walter Hutzler has passed away. He was a great cat judge and person. I didn’t know him well, but he lived in Region 1 and I was lucky to have seen him judge and have Jacoby judged by him a few times. 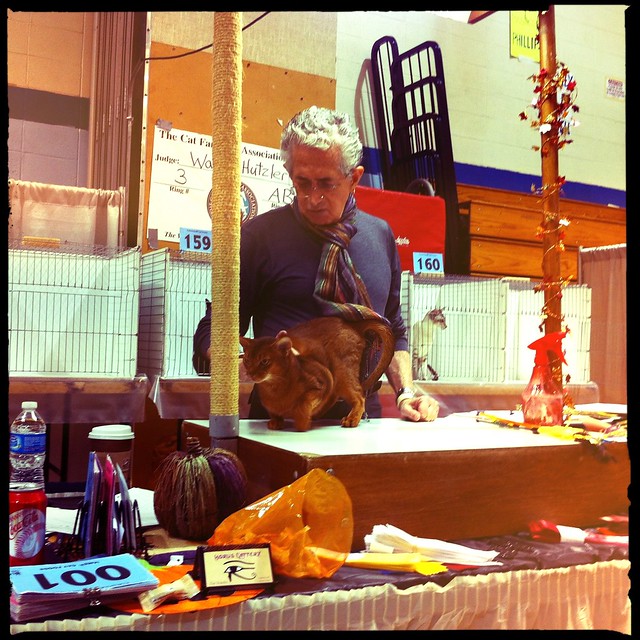 The thing I remember about Walter is his flamboyant style of dressing. He also often wore scarves, which I thought was cool, and a nice change from the usual ties CFA judges wear. 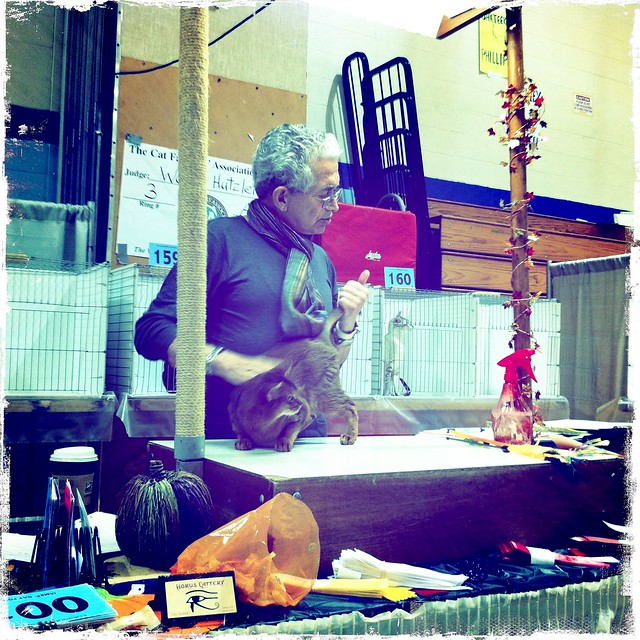 He was even featured in the 2006 PBS documentary Standard of Perfection: Show Cats. It’s always fun to see judges you know on TV shows. 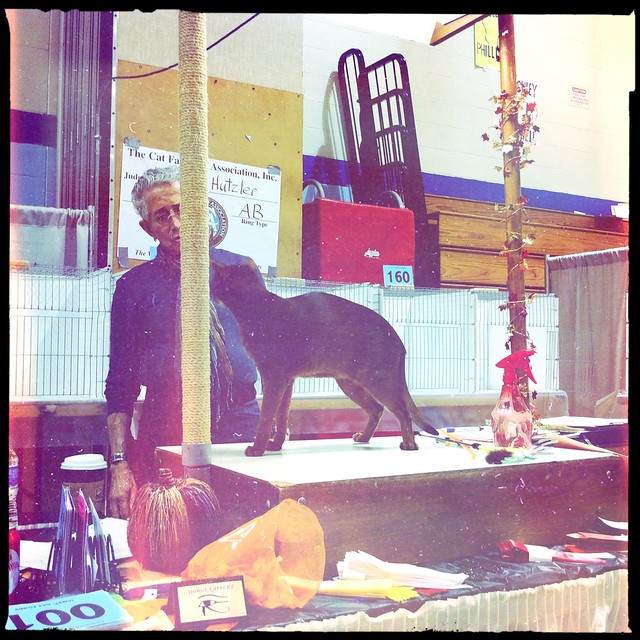 Walter was a really fun judge to watch. 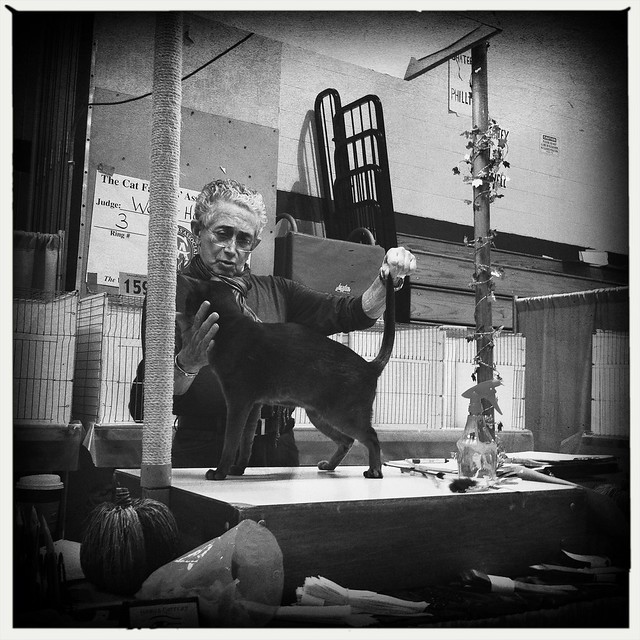 He really interacted with the cats as he judged them. 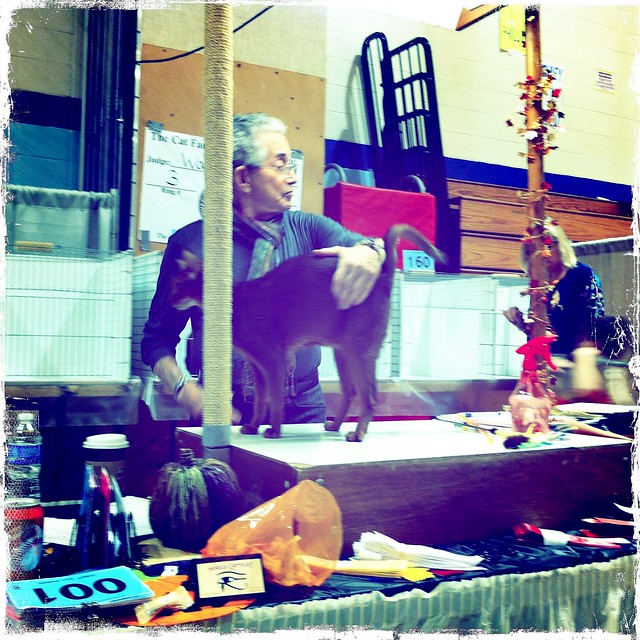 Since it was Monday, I remembered I had taken some Hipstamatic photos of Walter judging Jake at a show in Groton, CT in October 2011 (the same weekend I met Molly and Mosey and Jake Gbecame a Grand). 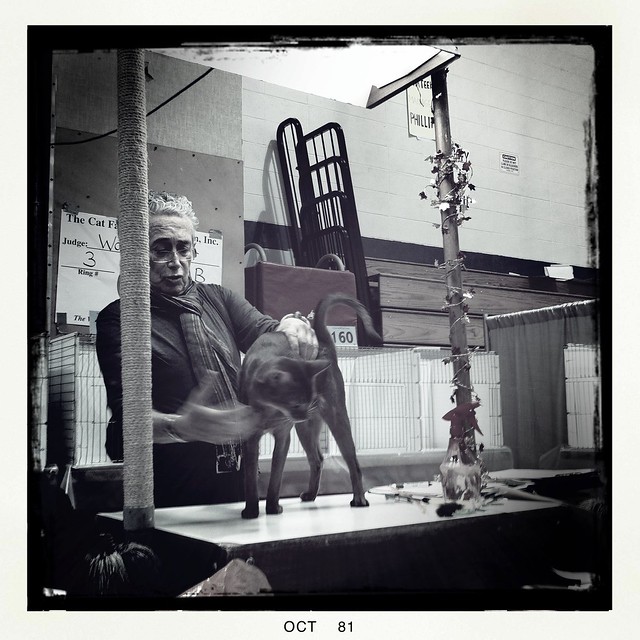 My heart has joined the Thousand, for my friend has stopped running today. Sleep well in Tuonela, Walter.