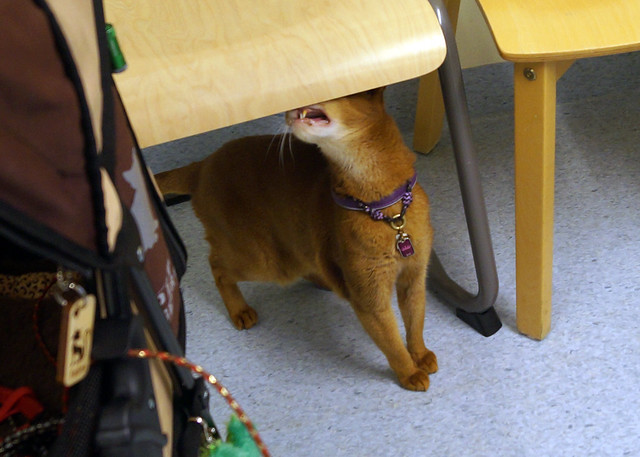 But that wasn’t the whole story. 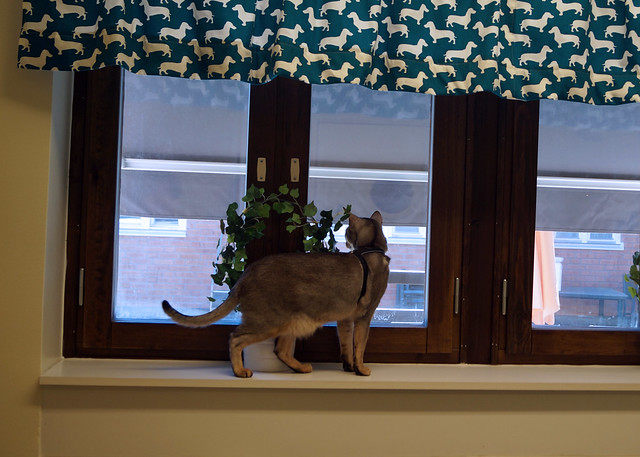 We took all the Abys to the vet that day. This was before Izaak joined our family, of course. 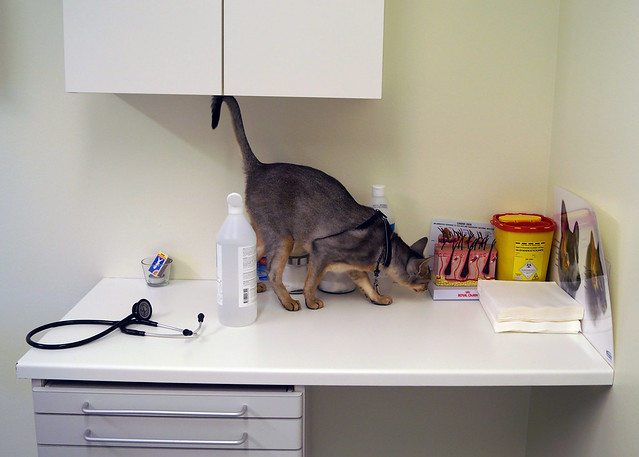 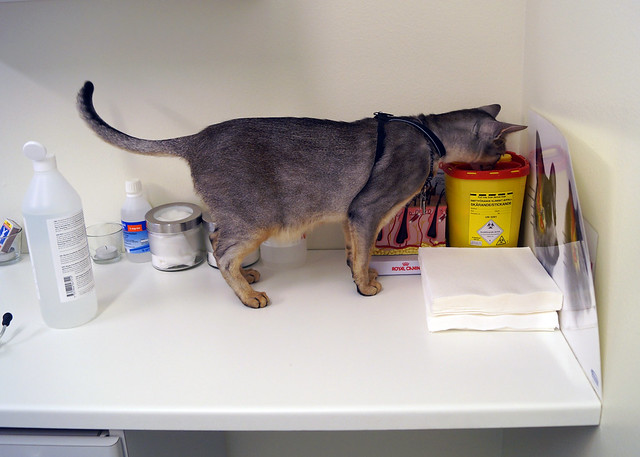 Freddy! That’s marked “biohazard” for a reason! Get your face out of there! 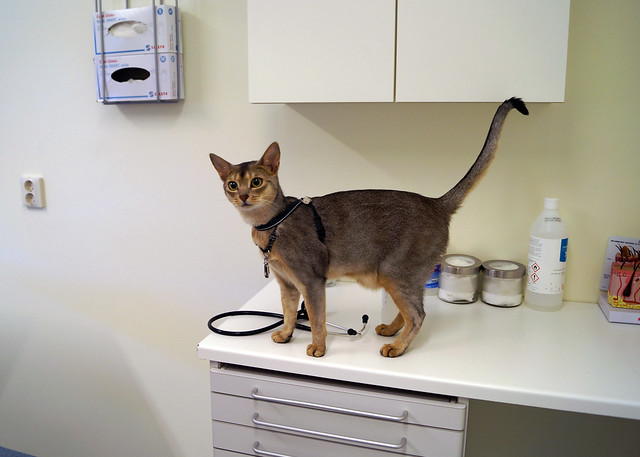 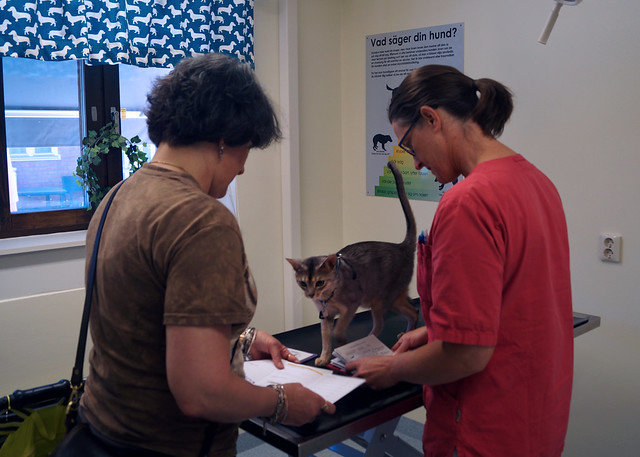 Wait…a shot? Nobody told me about a shot… 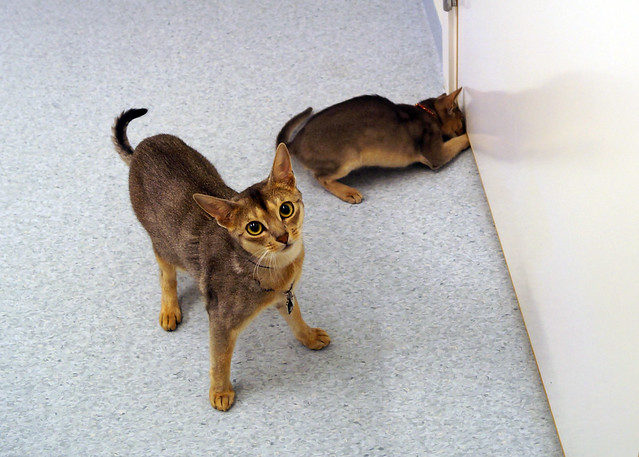 After the shot, Freddy was a little jarred. 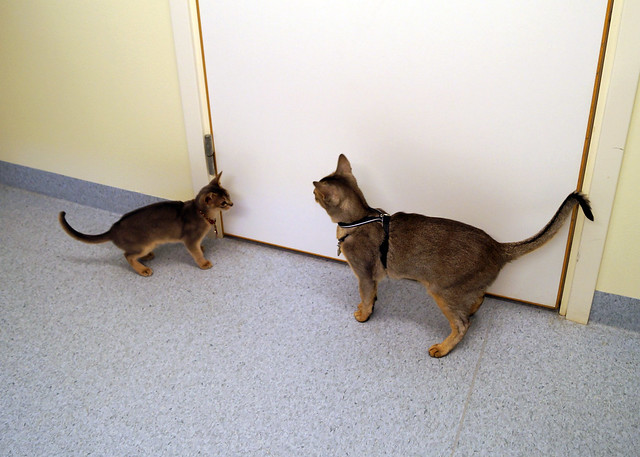 But he had his new little sister to cheer him up. 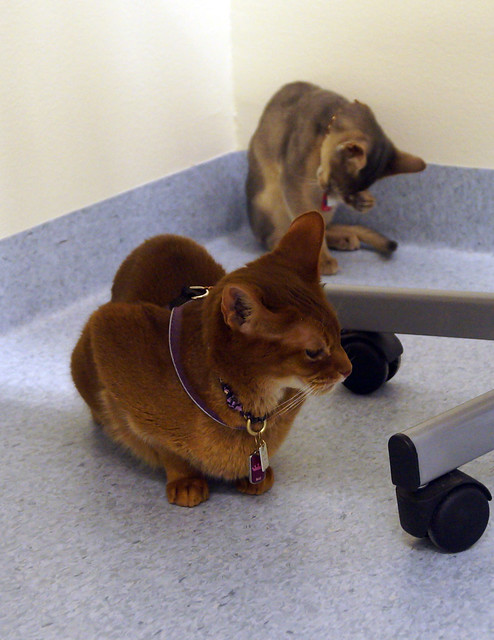 Next up was Angel. 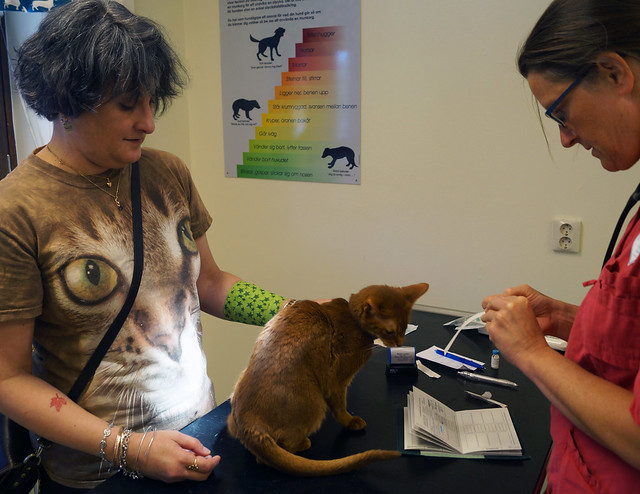 Being the oldest cat, this was definitely not her first rodeo. 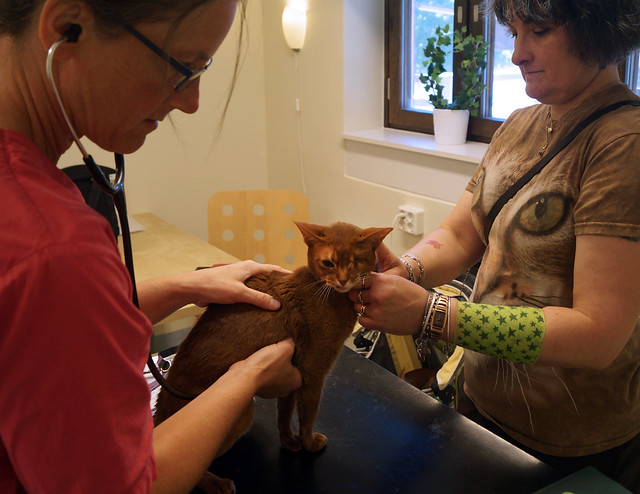 But that doesn’t mean she enjoys it. 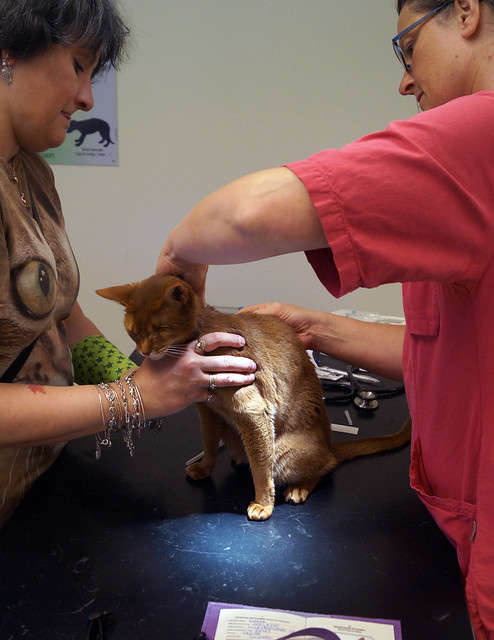 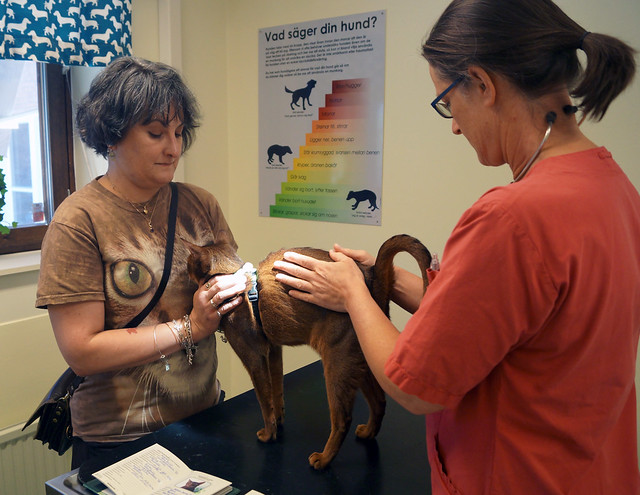 The last cat to be checked out was Jacoby. 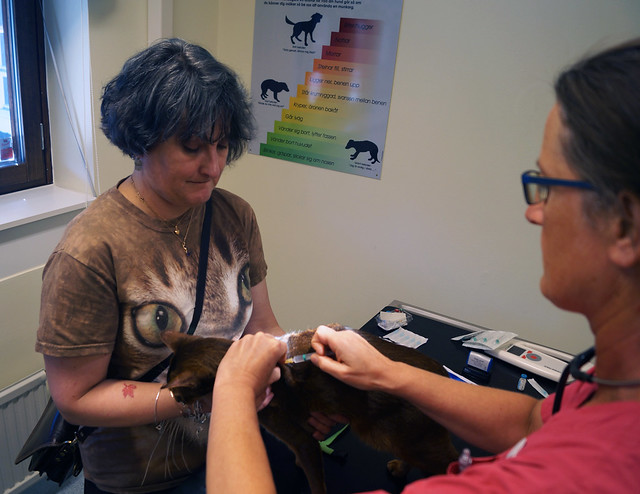 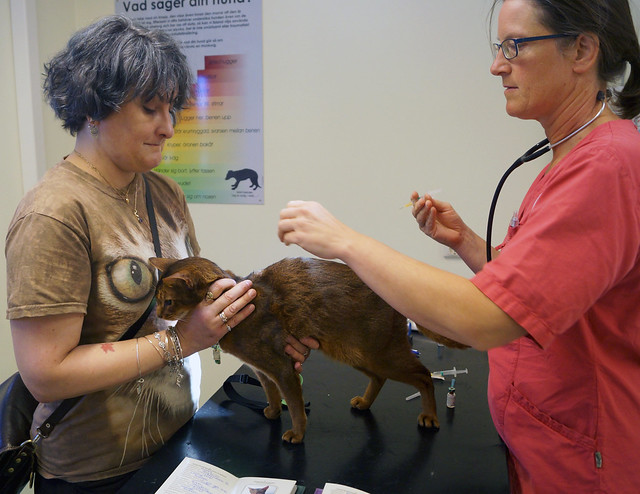 He is always so good at getting his shots. Like everything else he does…he’s just bulletproof. 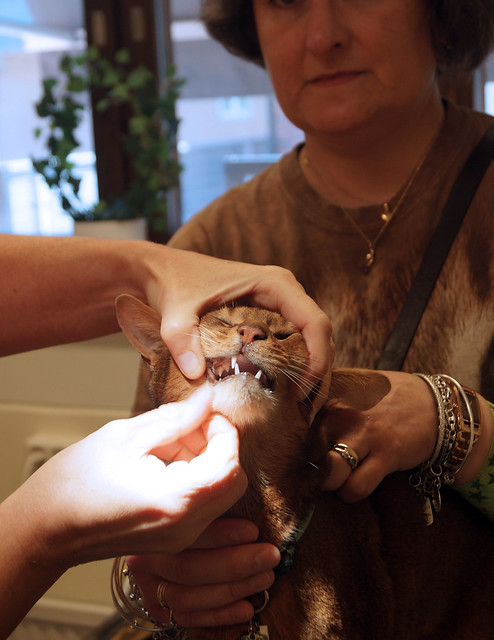 I wanted the vet to take a look at Jake’s teeth. 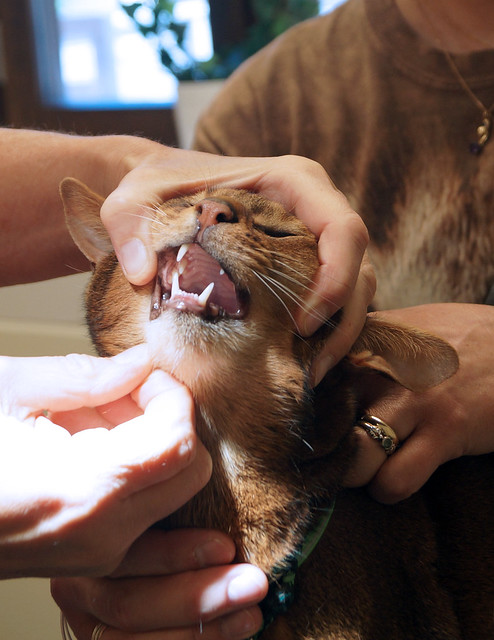 He’s an Aby, a breed known for bad teeth…but he was nine years old and had never even had a cleaning. When Angel was his age, most of her teeth were gone already. 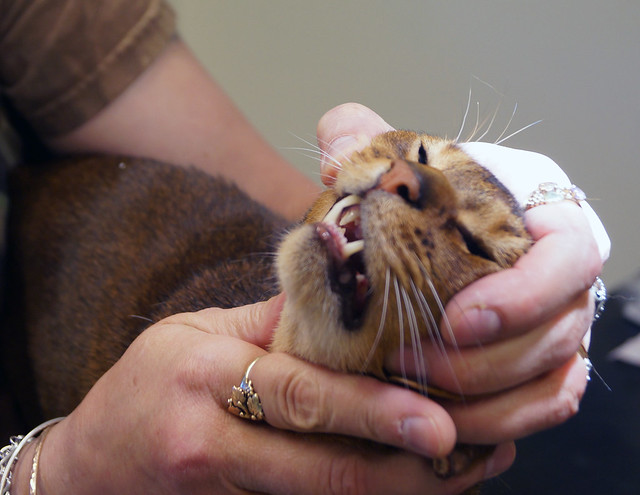 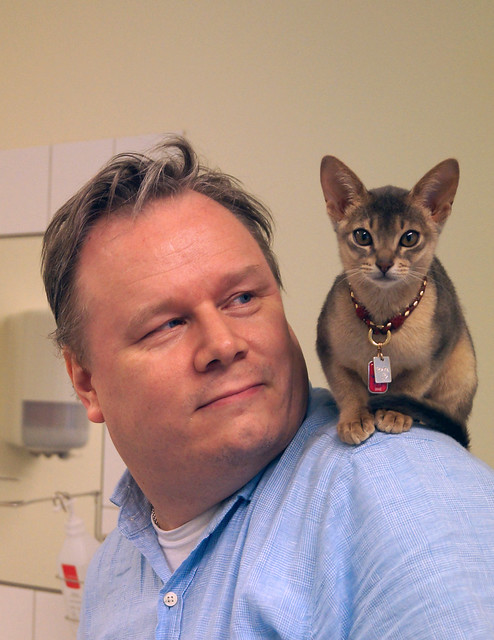 All in all, a pretty good day at the veterinarian.