Not to make a generalisation about Singapuras, but both Logan and Izaak decided they wanted to be friends with Angel and Jacoby…no matter what. 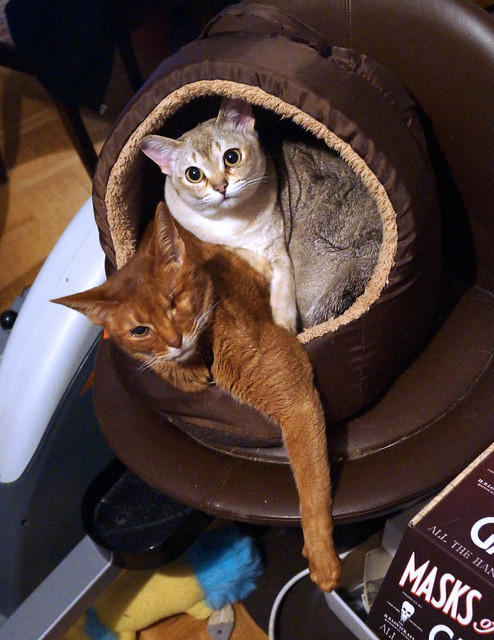 In Angel’s case, it means Zak gets in her favourite bed with her. 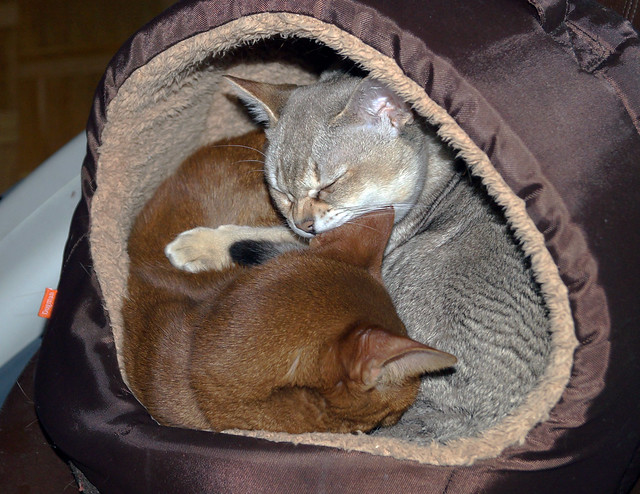 And then he grooms her. 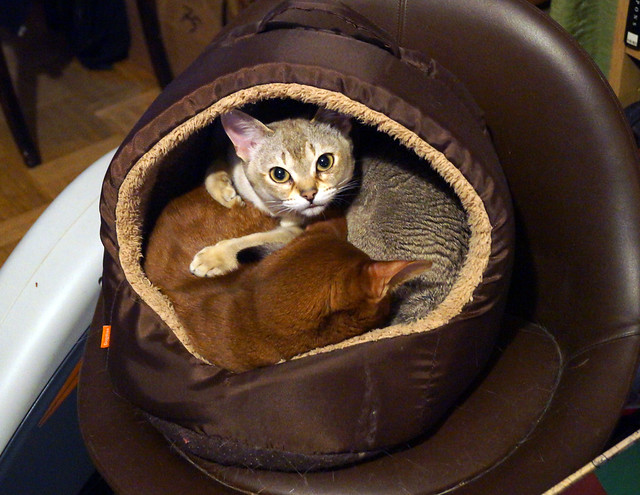 He’s quite serious about it, too. 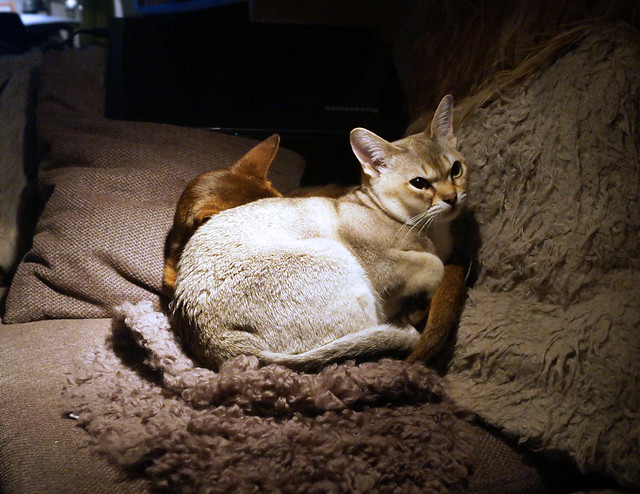 With Jake, Zak just sleeps with him wherever he is, be it our bed or the sofa. 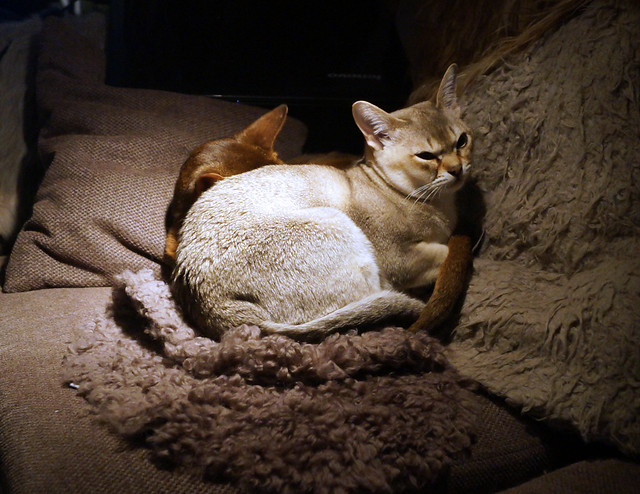 Does Jake want Zak’s company? I have no idea. But I also don’t think he has much of a say in the matter.

Because still photos can’t quite capture that lovin’ feeling, here’s a video of Zak forcing his affection on Jake and Angel.