Cutting to the chase, the vets think Jacoby has Lymphoma. 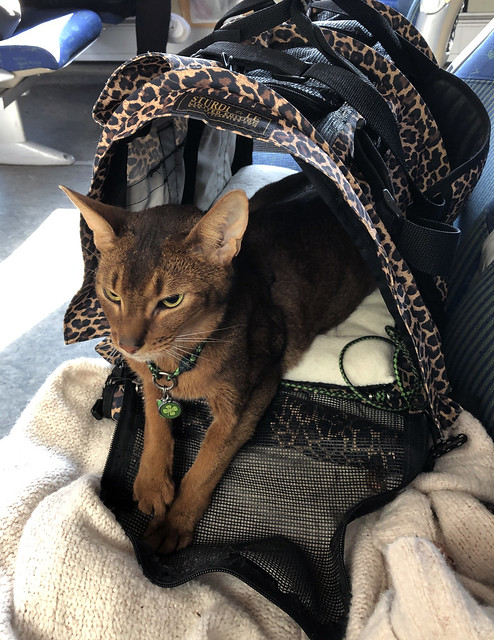 On Friday, Jake and I repeated the trip we took back in August when we went to Djursjukhuset in Jönköping to try to find out what was the matter with him. 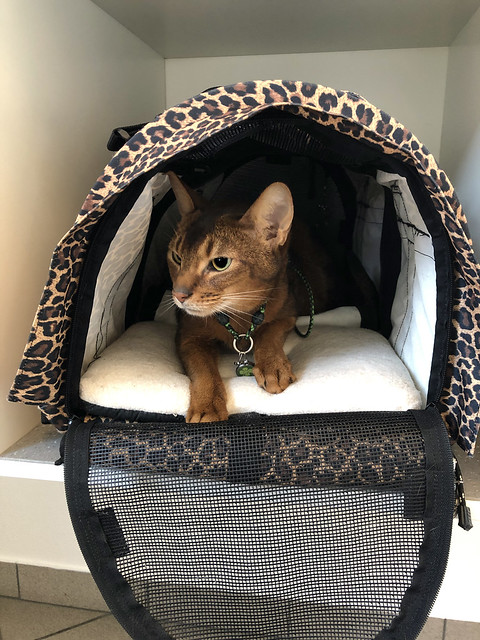 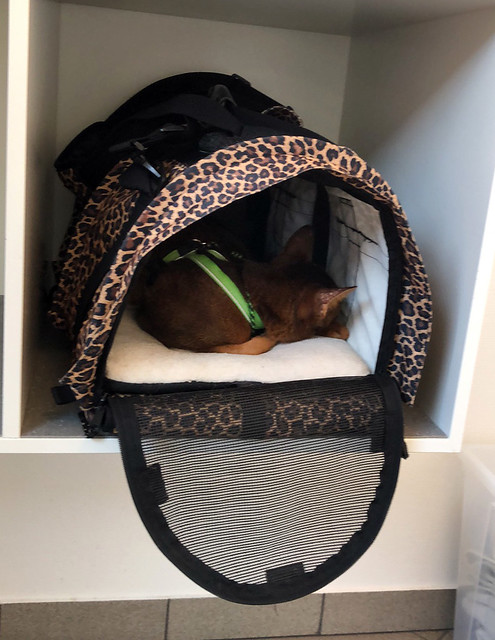 They have the best cubbies for cat carriers in the cat waiting room. 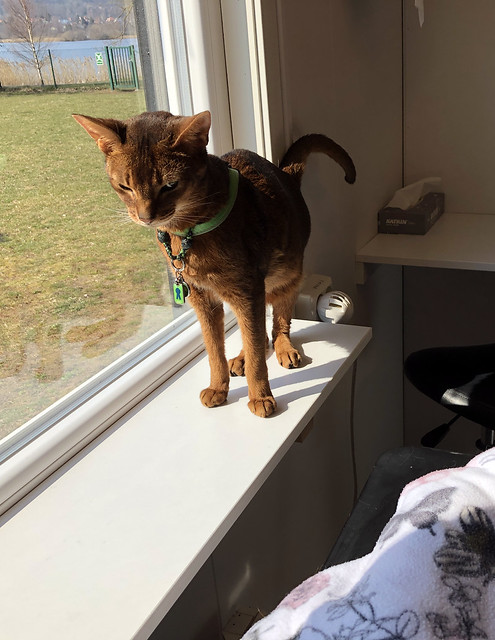 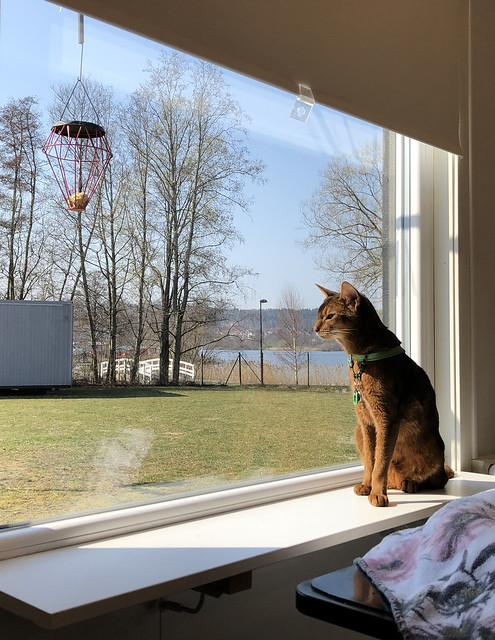 When they called us back, they put us in a really nice, sunny room. Anicura puts birdfeeders outside the windows of the cat exam rooms. Birds came to the window whilst we were there…but not when I could take a photo of any of them. 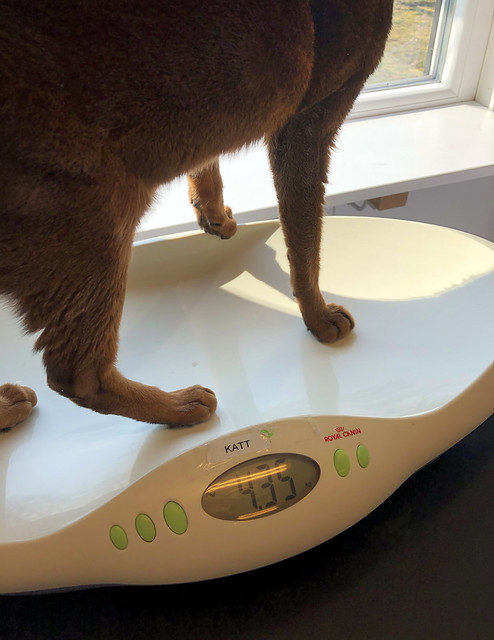 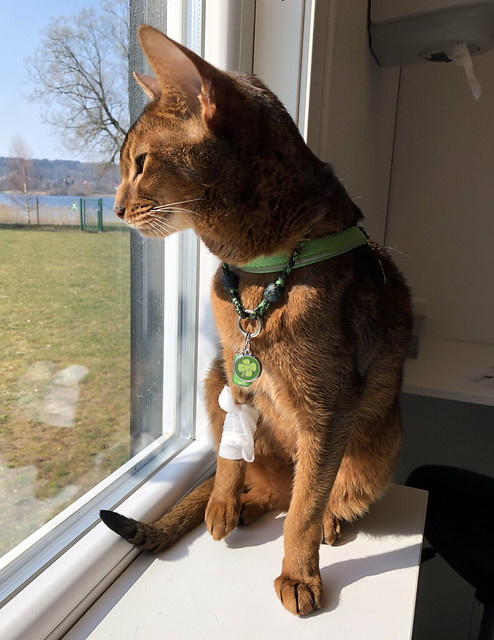 After the nurse took some blood samples, he went back to the sunny windowsill. 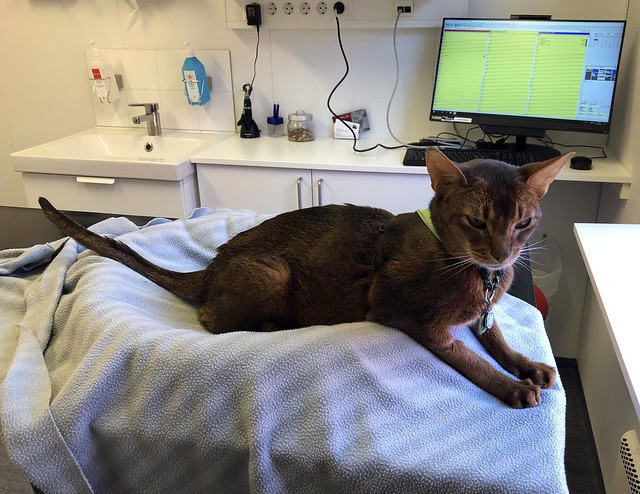 The vet felt something when she palpated his abdomen, so she ordered an another ultrasound, which they managed to squeeze in that same afternoon. They sent me off for a couple of hours, and when I came back…the news was not great. 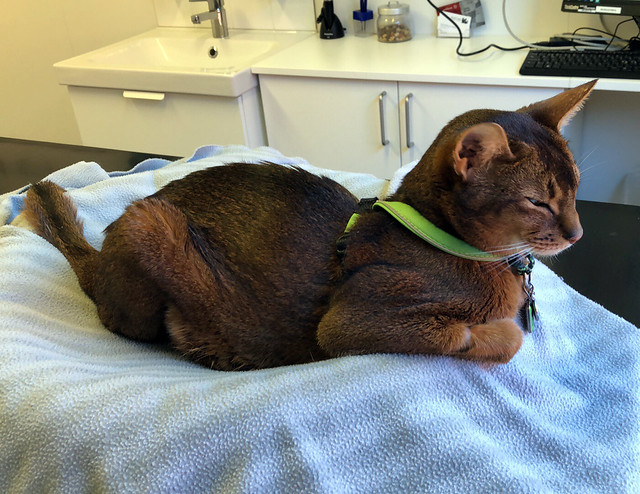 They suspected Lymphoma, and scheduled another exploratory surgery for this morning. I was meant to bring him back on Sunday afternoon. 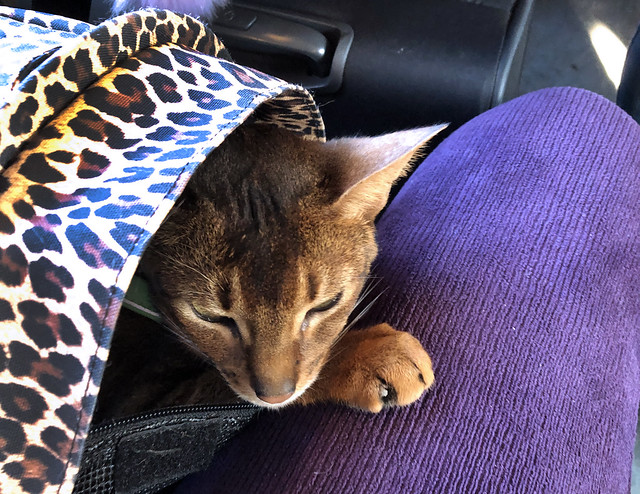 It was a pretty long day, and Jake was exhausted. He didn’t even get out of his carrier on the train ride back. 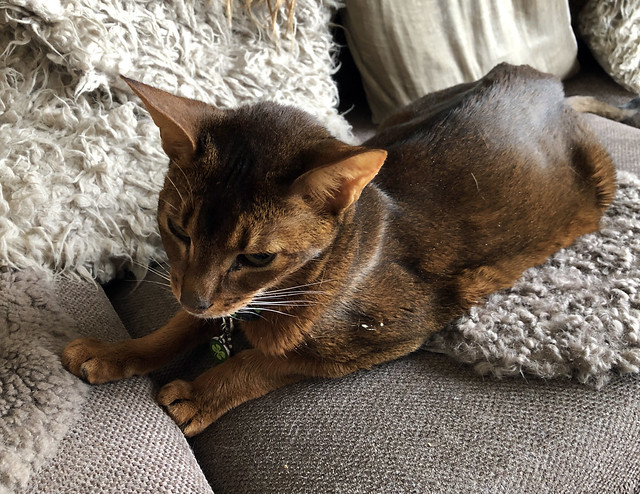 On Saturday, Jake was worse than ever. He spiraled in the 24 hours after our visit the day before. 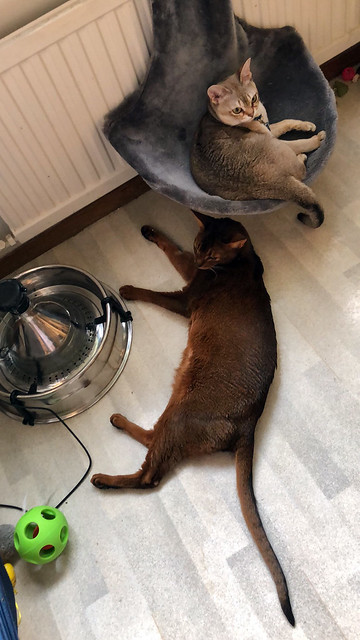 He wasn’t eating or drinking, just lying on the kitchen floor. I tried putting him in comfortable places, but he kept going back to the floor. I knew he needed to go back to Jönköping, but I wasn’t sure that the train would get me there fast enough. Björn got home from work at 5, and I asked him if we could borrow one of our neighbours’ cars. He did, and we drove to Jönköping. 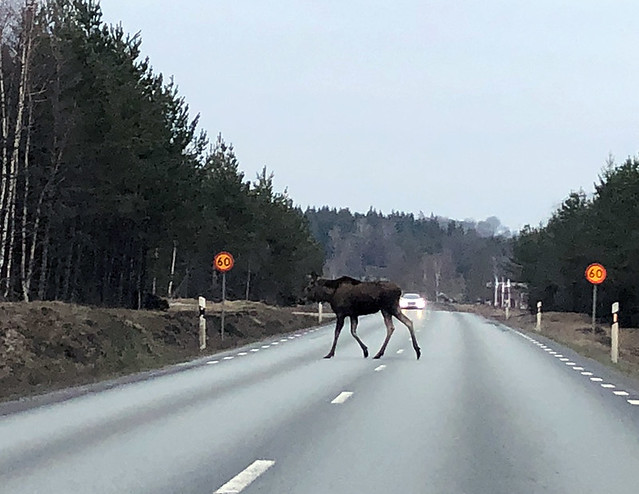 We saw a majestik møøse on the way to the vet! 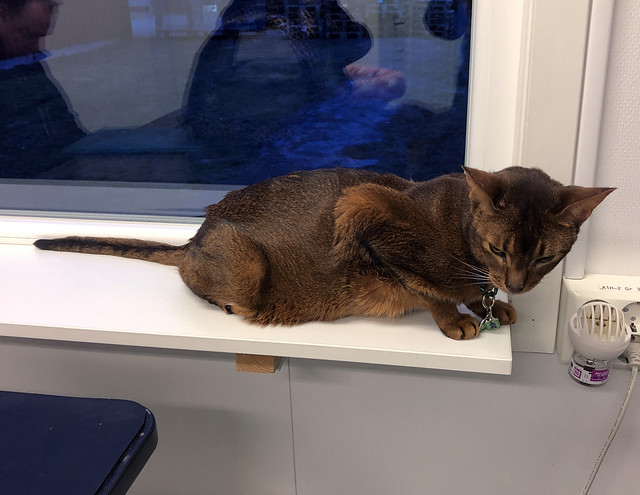 When we got there, we were put into the same exam room we’d been in on Friday. 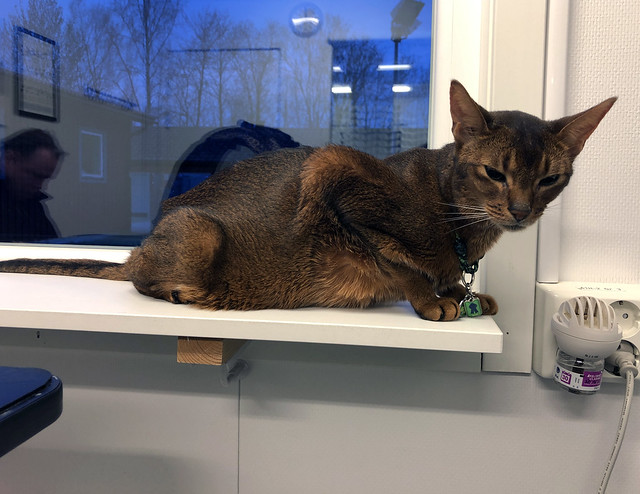 You can see how much worse he looked than the last time we were in that room. 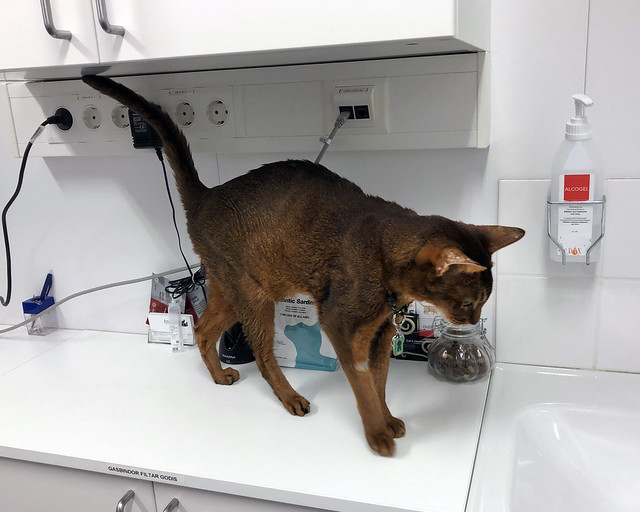 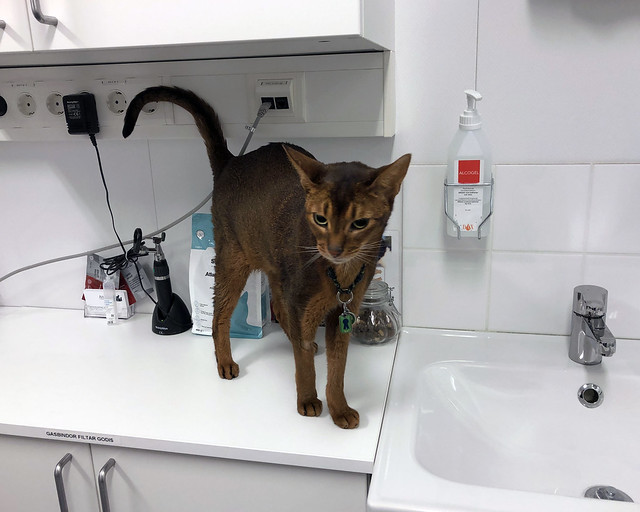 Despite having no appetite, Jake was still interested in the treat jar. 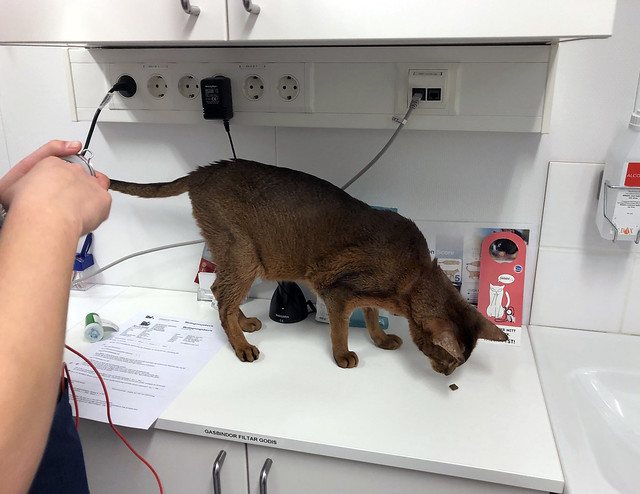 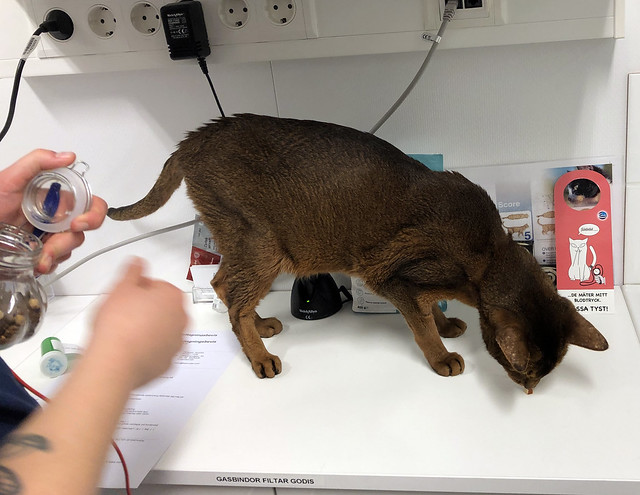 When the nurse came in, she gave him a few…and he ate them! 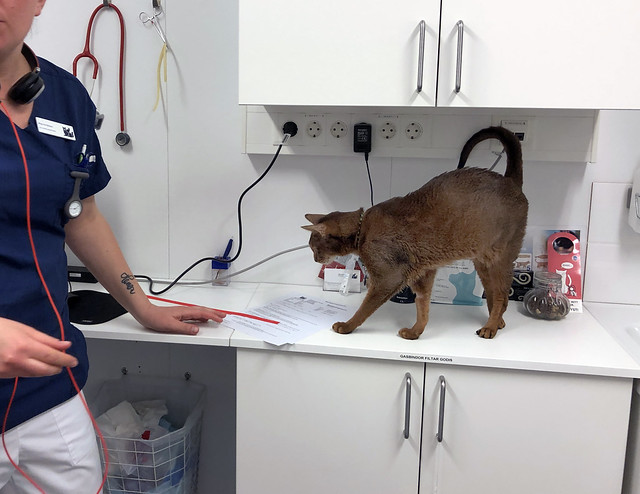 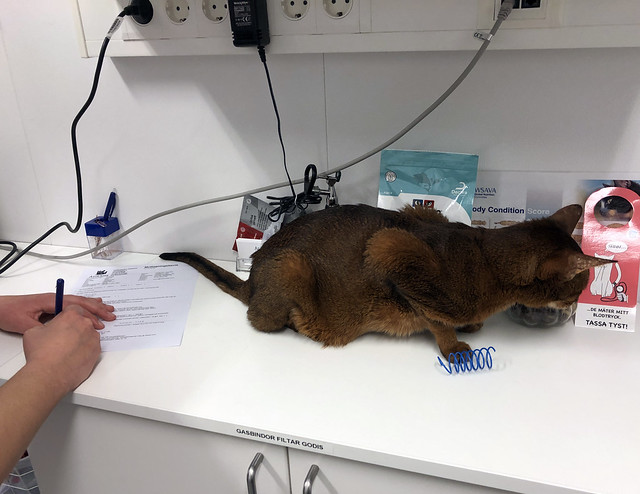 Then there was some paperwork to fill out… 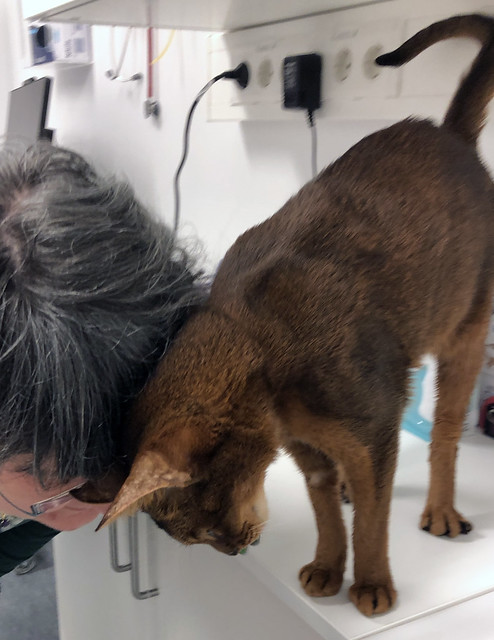 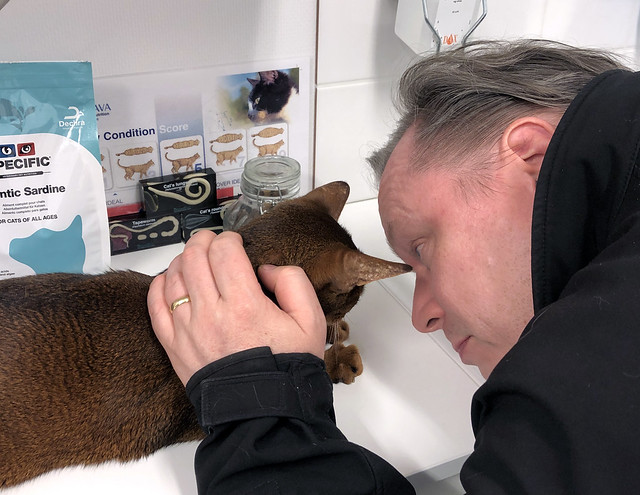 …farewells to be said… 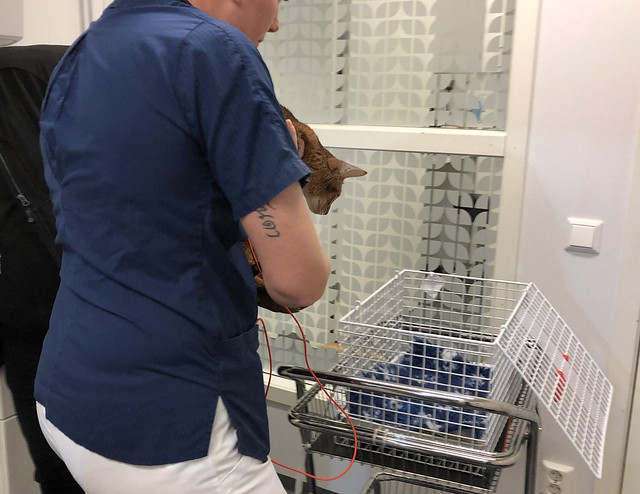 …and then he needed to go into the hospital transport cage. 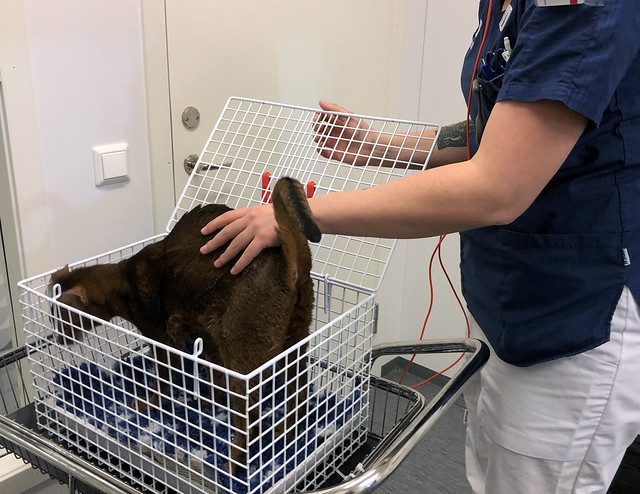 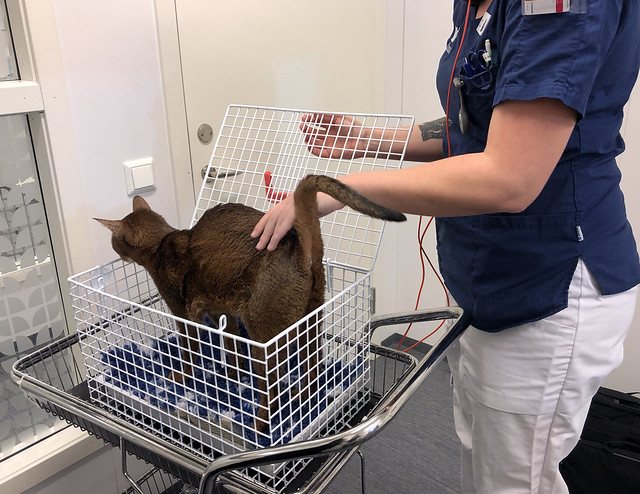 At first, he didn’t want to lie down so she could close the carrier. 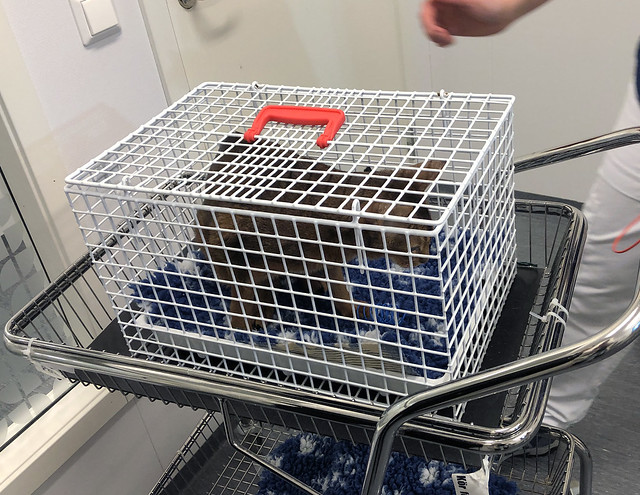 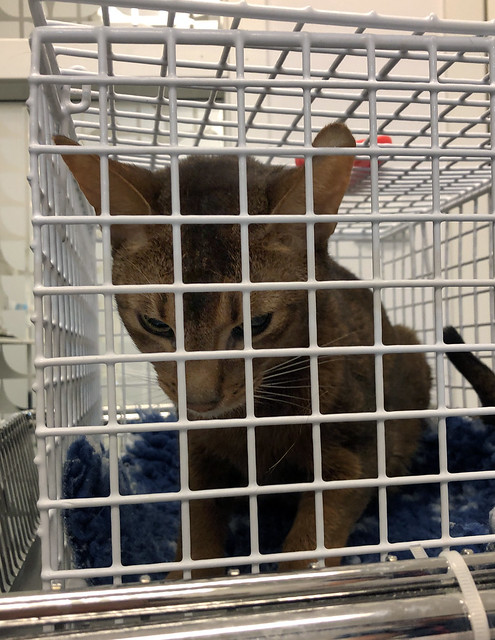 Finally, he cooperated, and they rolled him away.

One of my favourite things about Anicura is that they send good morning texts with a photo of your cat. This was this morning’s text, after being on fluids for a day, before his surgery.

They called me after his surgery was finished and he’d woken up. He was doing well, and the samples from the biopsy were sent to the lab but from what they observed when they had him open was that they were fairly certain that Jake does have Lymphoma, and they are going to start the chemotherapy as soon as they can without waiting for the results.

Cats respond differently to the treatment, and can live for three or four months to three or four years. We just don’t know how he will respond. According to this article I found, “Feline lymphoma cases currently appear to fall into three groups from a prognostic point of view. There are some that fail to show a good response to any chemotherapy offered. For these patients, their lymphoma is unfortunately fairly rapidly progressive. Patients in the middle group tend to show a degree of response to the treatment but never achieve complete normality and for these patients there is an average life expectancy of approximately 4 months. The third group achieve complete remission from their lymphoma and their life expectancy is measured in years.” We just need to wait and see which group Jake falls into. 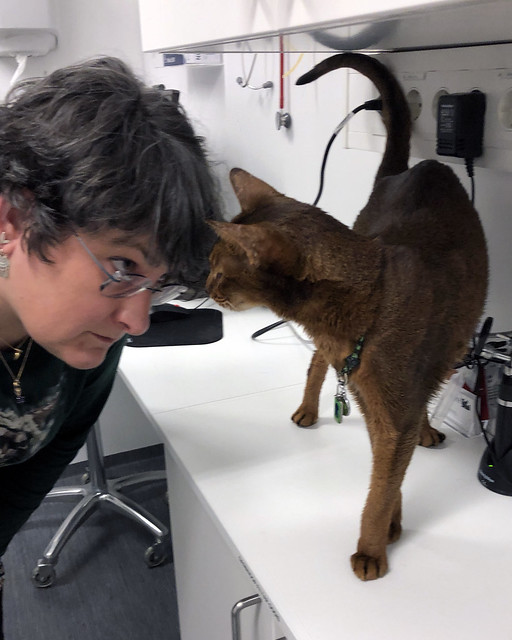 I wish I knew what else to say. I mean, his 10th birthday is next Sunday. I can’t imagine not having him with me.