Today would have been Jacoby’s 10th birthday. We had candles already for such a special birthday. I made a cake anyway, for all the other cats to share. 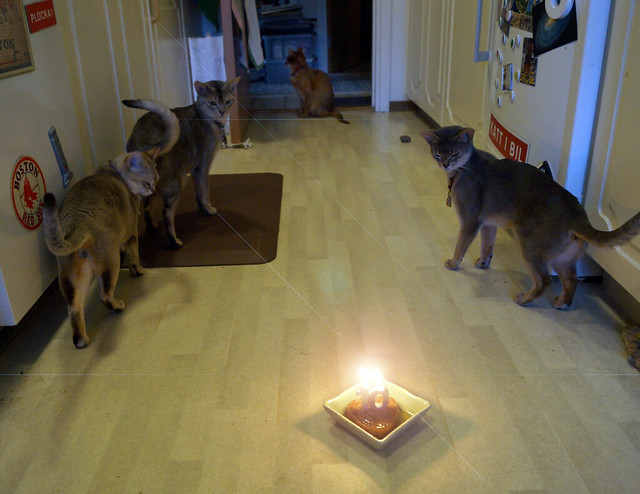 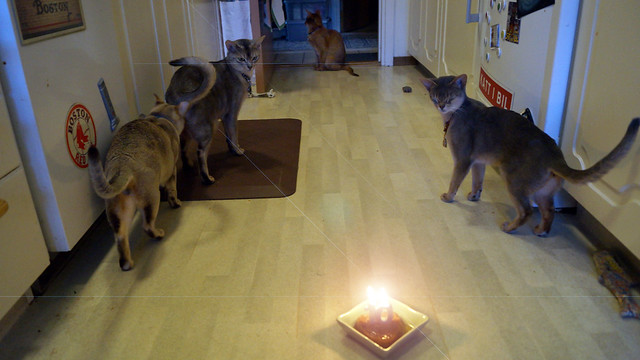 Unlike Jake, the other cats were a bit taken aback by the burning candles. 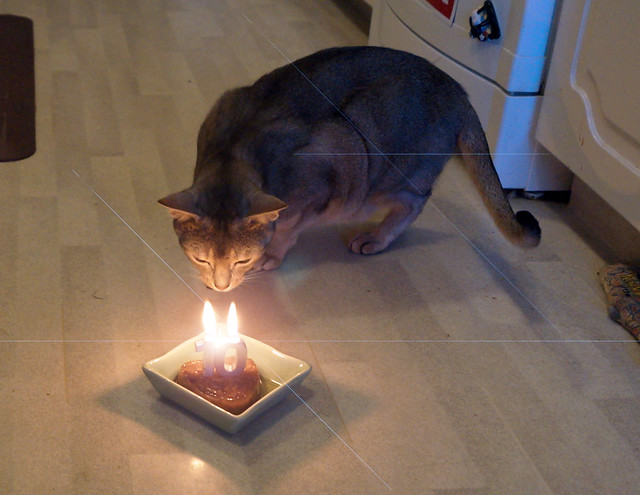 Naturally, Alfred was the least afraid of the fire, because it was on food. 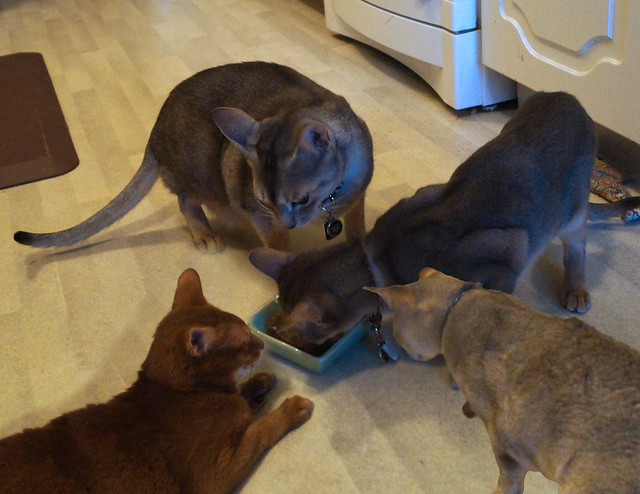 Once the flame was extinguished, though, they all tucked right in. 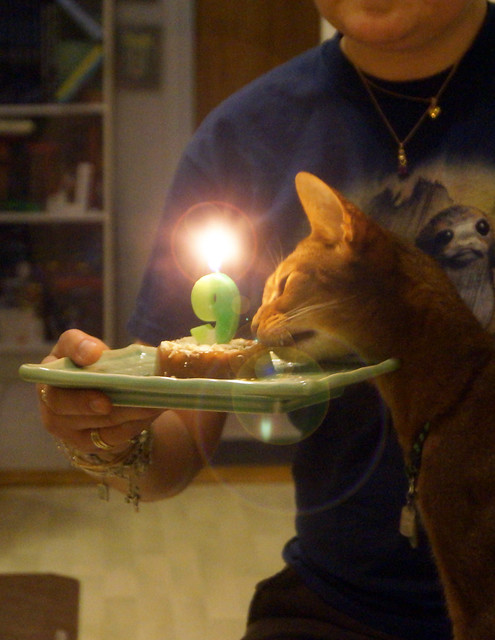 Jake loved the birthday ritual. He was never afraid of the candles and usually had a few singed whiskers after the candles were extinguished. 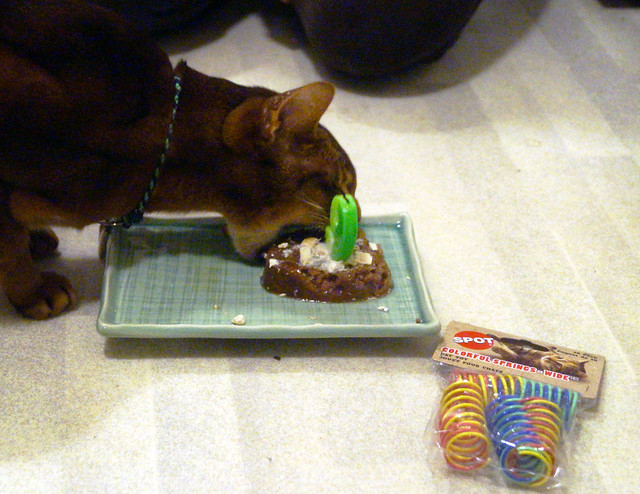 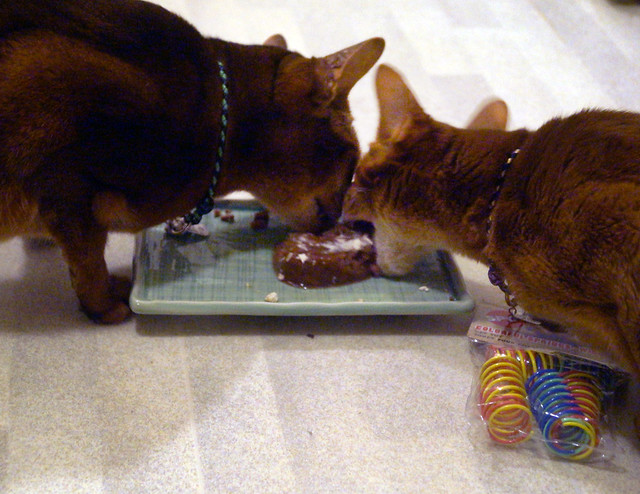 I gave him a fresh package of them last year.

However where as most cats bat them, chase them or carry them around in their mouths, but not our Jake. A still photo could never capture his technique, so here is a video I managed to capture. 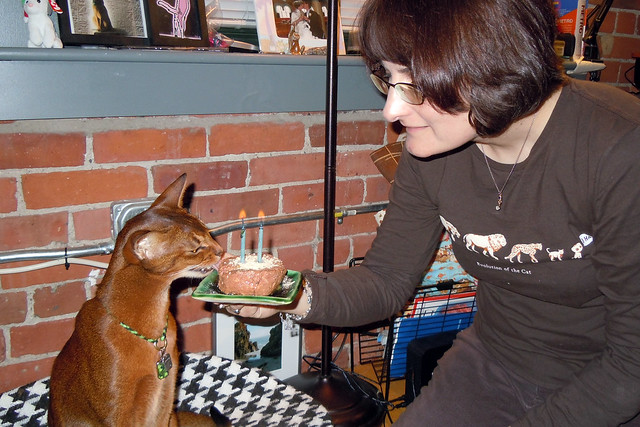 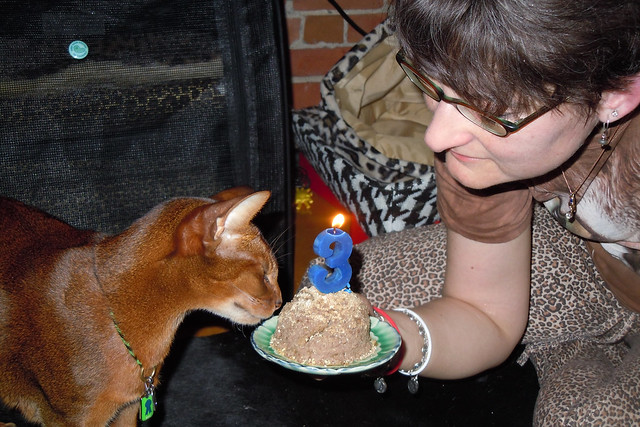 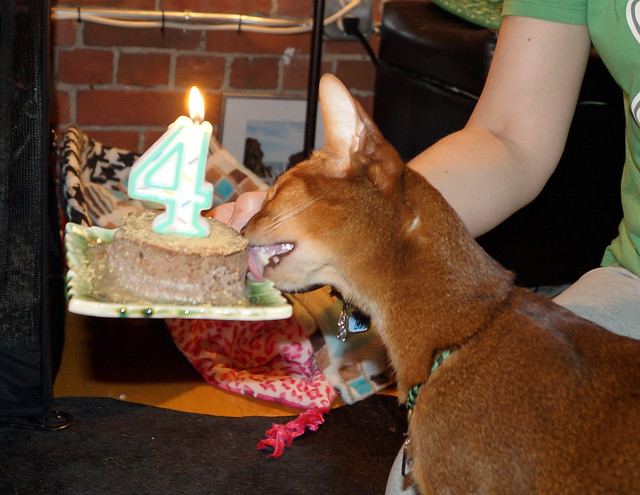 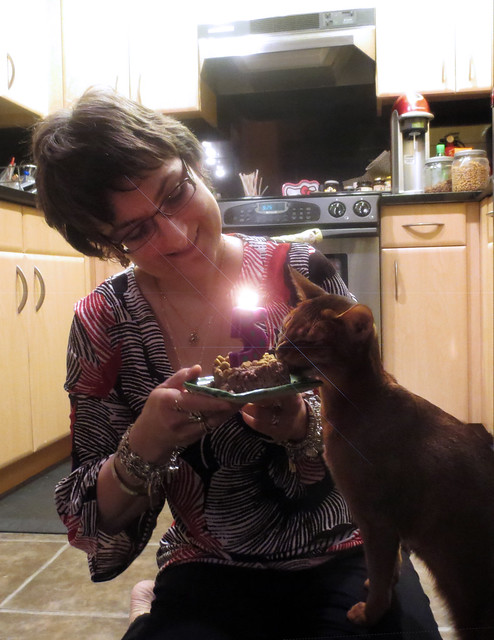 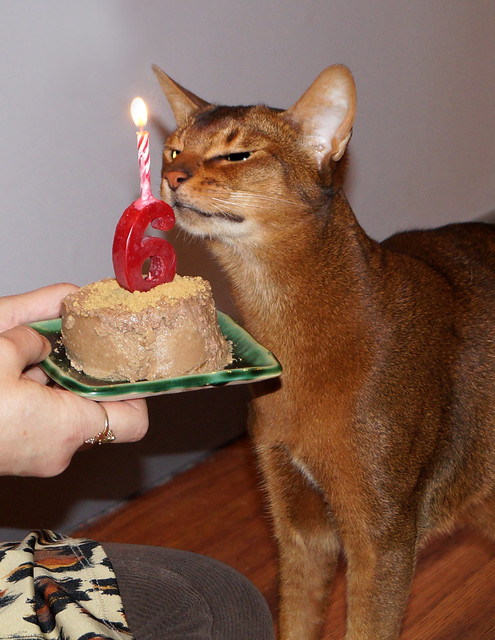 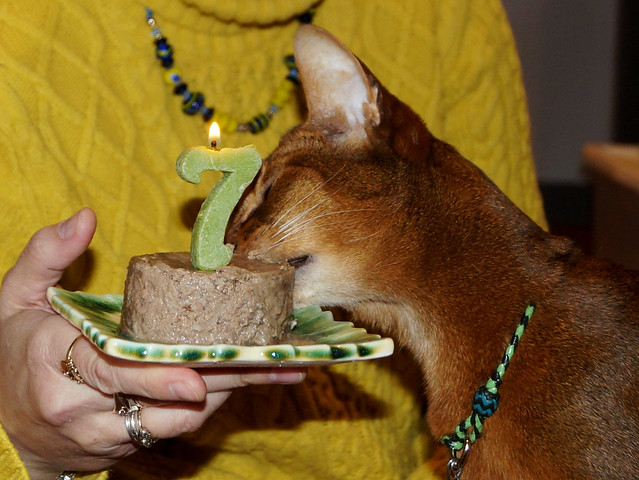 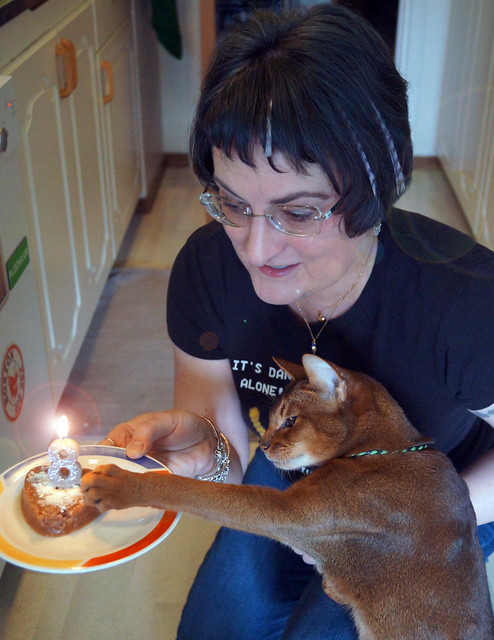 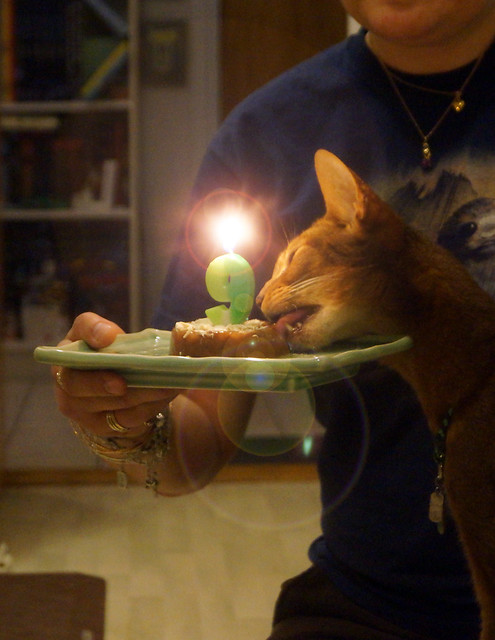