Jacoby’s cousin Taz (GC, GPD, NW Anubis Taz Mania), died last July on the same day as my friend Molly’s husband, Don. Jake and Taz were show buddies. And because they were show buddies, Taz appeared in several of my Aby Cartoons. The first was based on this final at the Seacoast show in 2012.

Then I did this one, in which Taz seemed more interested in winning than Jake was.

When Meg brought a girl kitten named Tiger Lili to a show with Jake and Taz…I imagined this scenario. 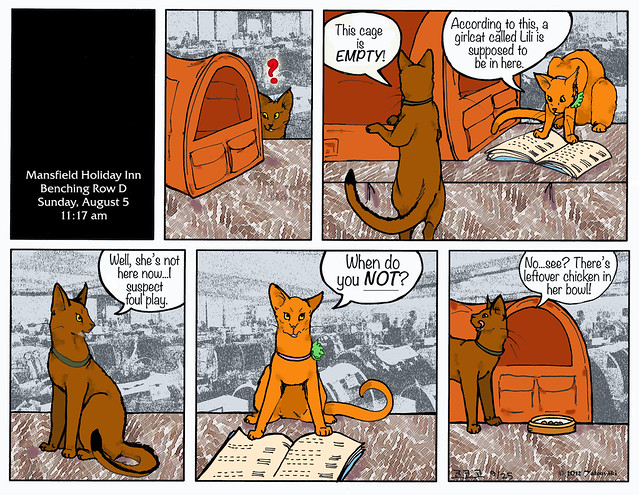 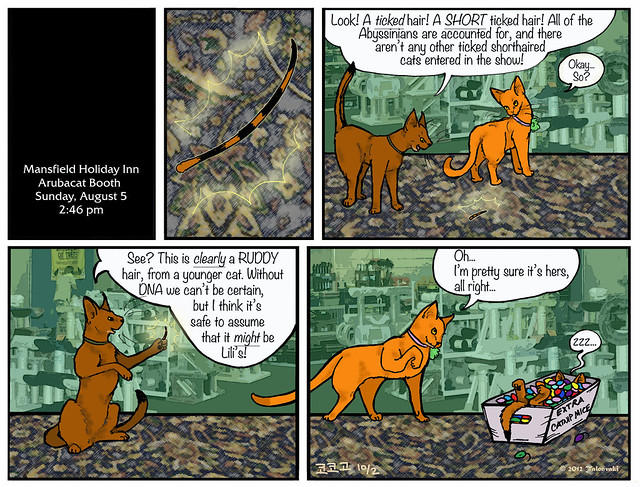 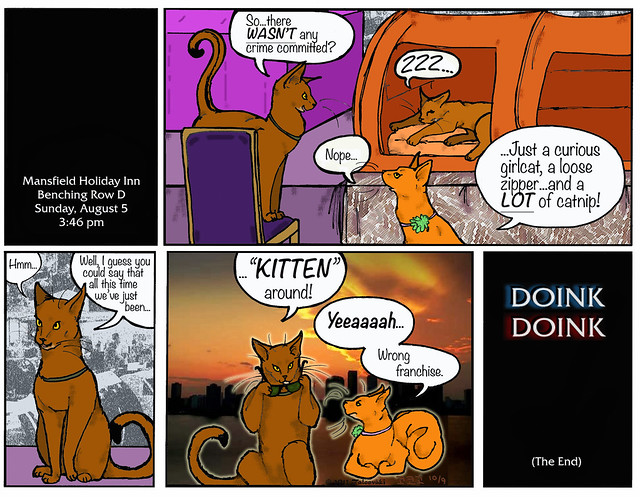 And then there was the infamous Paw and Disorder, with Taz as Eames and Jake as Goren. That was so much fun to draw!

When I spoofed Psy’s Gangnam Style with Jake, I knew I would need to expand the visual joke and illustrate other scenes from the video.

Of course, Jake is Psy, but also featured are Louis/Fire as the dancing kid, Taz as the guy in the elevator with the cowboy hat, and Angel as the yoga woman’s butt. 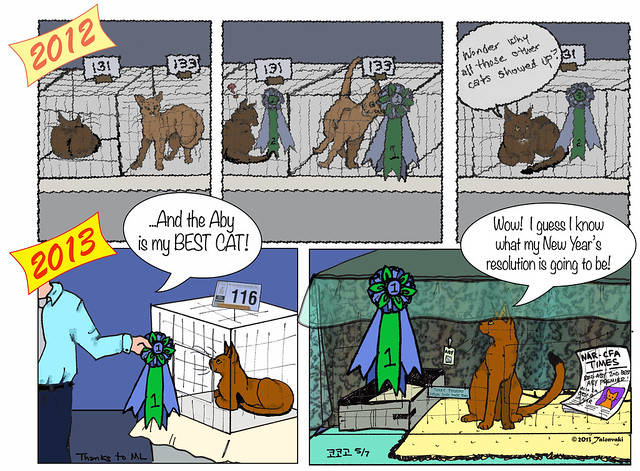 Taz’s final appearance came after the Seacoast show, when he was retired. Once Taz was out of competition, Jake finally had a chance! Jake and Taz were such a team…I hope they still are, somewhere.

5 thoughts on “Aby-a-Day – 16 April: Taz and Jacoby together on paper (Cartoon Tuesday)”