There are just so many reminders of Jacoby around the house. I have plushies, T-shirts and even jewellery featuring his image. 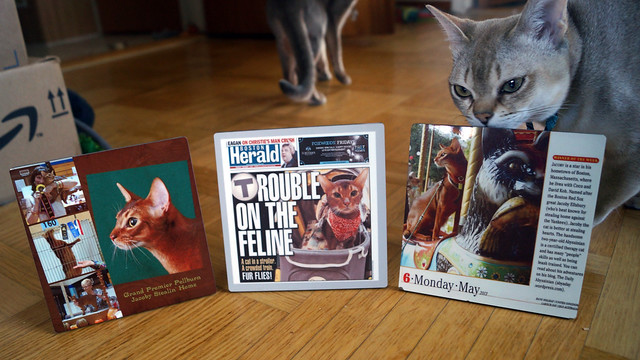 But one big thing I have are the special plaques I made using Shutterfly. 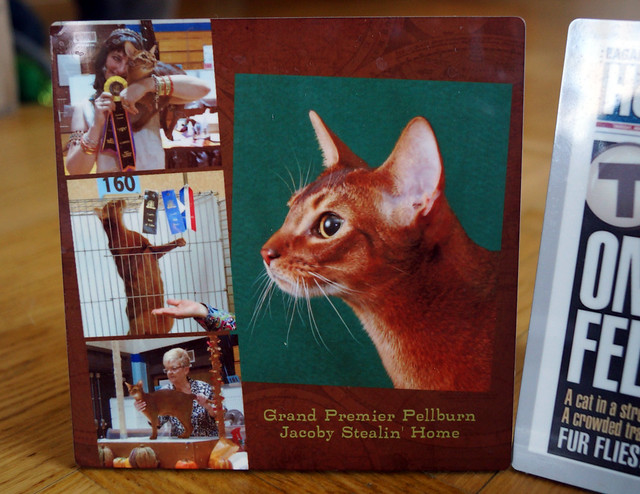 The first one I made was to commemorate Jake’s ascension to Grand Premiership. 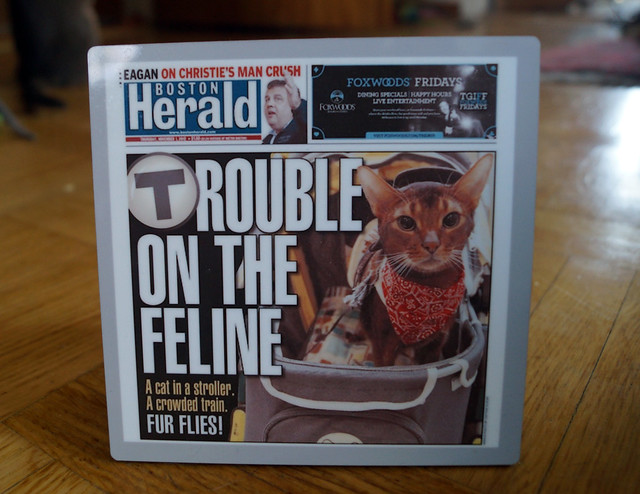 The second was made after Jake was featured on Page One of the Boston Herald (during a week that featured Hurricane Sandy, Halloween, the Patriots, and…some election involving an incumbent and a former governor of Massachusetts). 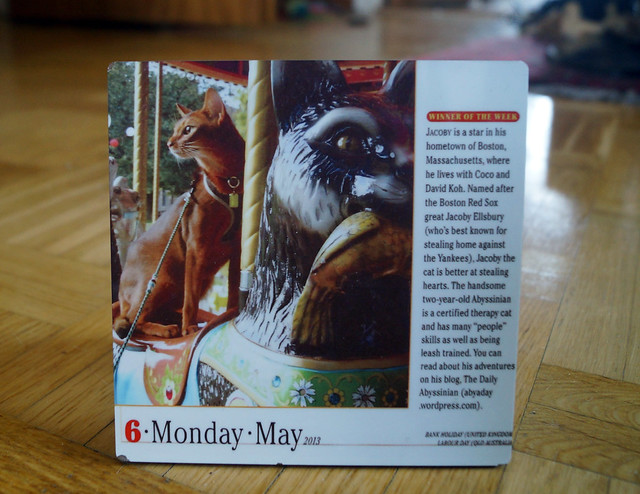 Then I made one to remember the time Jake was featured in the Workman Page-a-Day Calendar. That one was especially special, since I had been getting that calendar – and sending in photos – since the early 80’s. 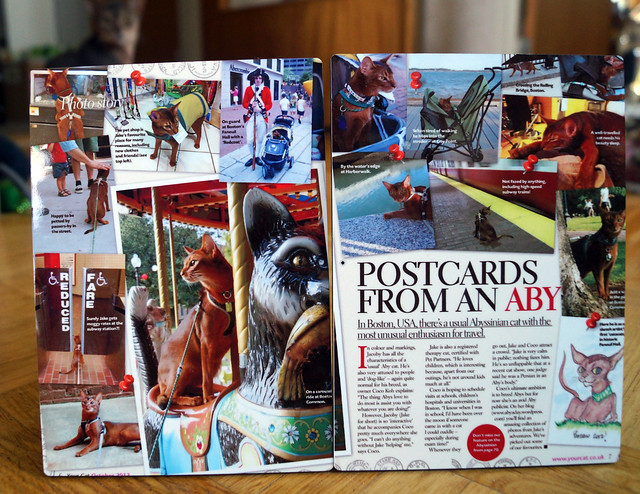 Another plaque I made was a matched pair to honour the two-page spread Jake earned in the British cat magazine Your Cat.

All of these plaques were kept in my office when I lived in Boston, but since moving to Sweden, they are displayed on our hallway bookshelves, where I see them every day. 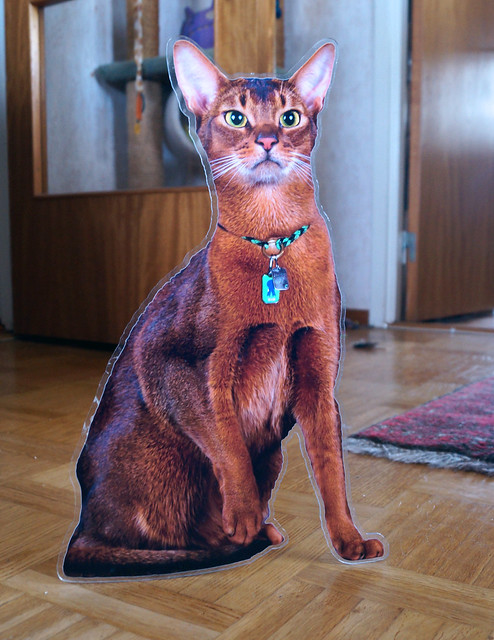 But I also have the ultimate souvenir…a Pancake Pet I got via Toki Poki. It’s Jake, life-sized! 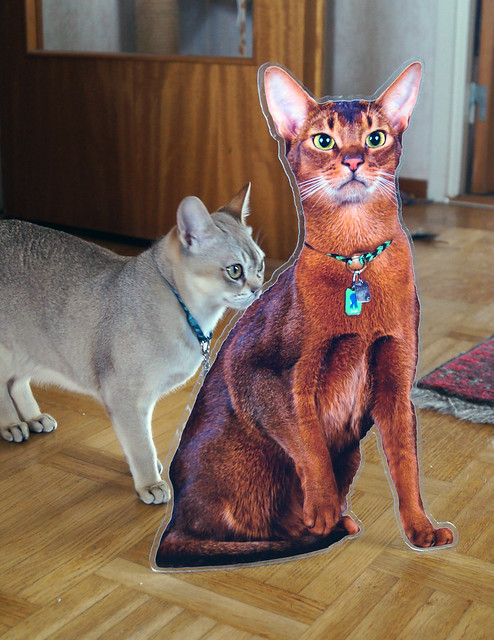 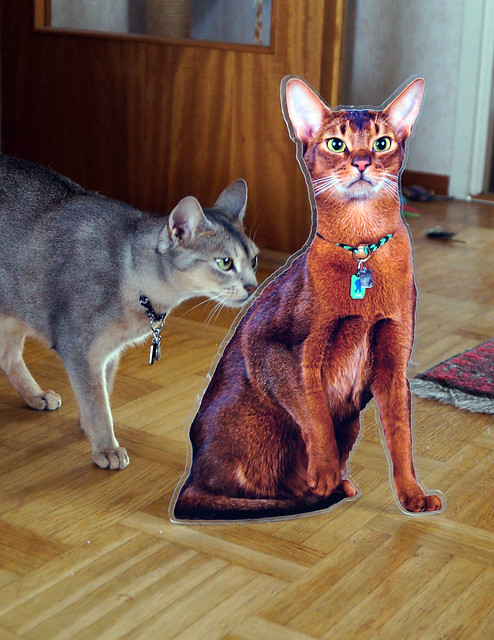 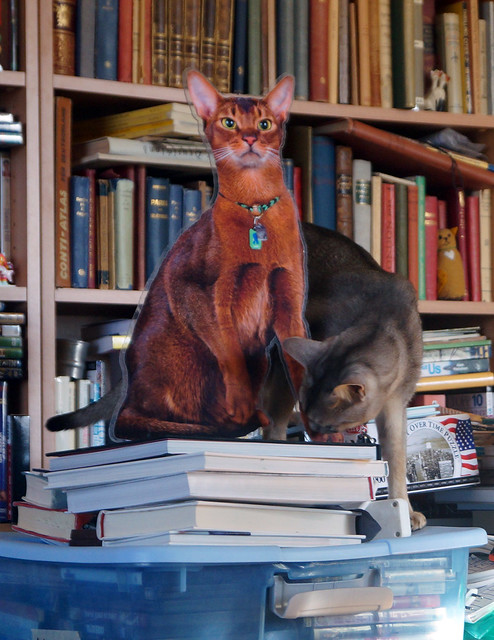 Freddy was a bit disturbed when I first got Pancake Jake out. 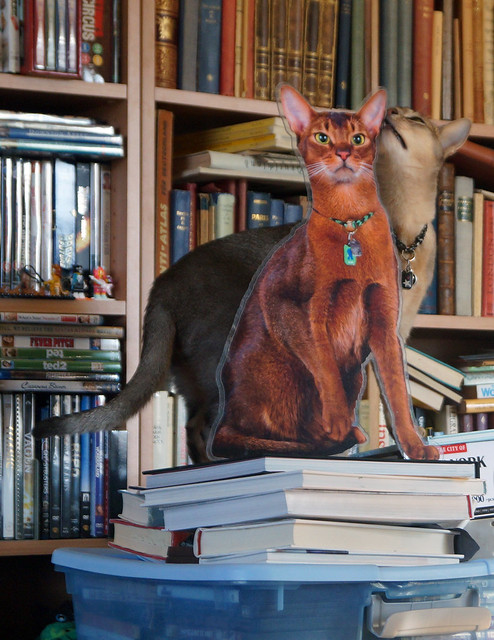 I have so many reminders of Jake…but that’s only because he was an amazing cat. I miss him so much.

3 thoughts on “Aby-a-Day – 19 April: ” Every time I see your face, it reminds me of the places we used to go…but all I’ve got is a photograph, and I realise you’re not coming back any more” (Friday Flashback)”