I have been asked how the other cats are dealing with the loss of Jacoby. They definitely know he’s not there…but they don’t seem to miss him. He was sort of a loner, although he would sleep with the others, especially Alfred and Izaak. Jake of course was mainly bonded with me, and Zak has kind of decided that I’m his, too. 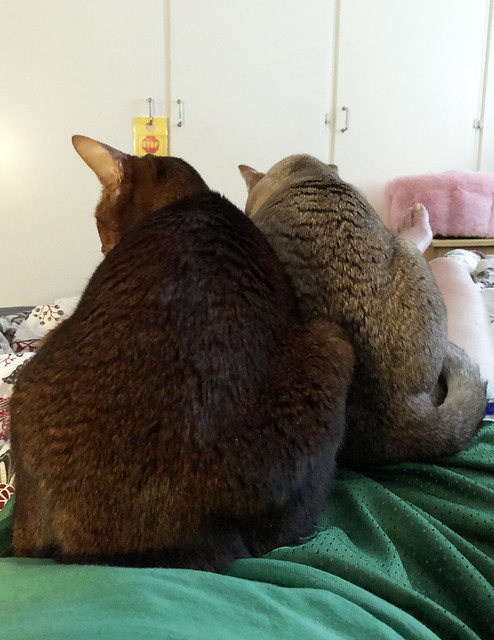 As you can see, Zak decided it was okay for Jake to let him share me with him (this was how I woke up on St. Patrick’s Day). 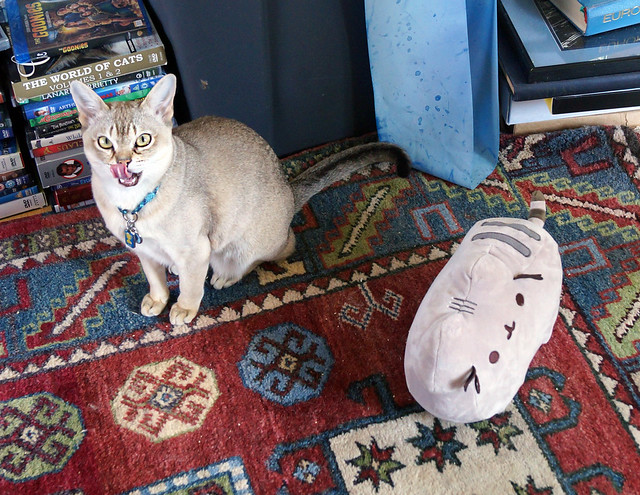 But since Jake’s been gone, Zak (who as we know loves playing with furry plush toys) has started playing with one of my Pusheen dolls. I found she had been dragged into the living room. And there was no question who had done it…He looked too proud of himself! 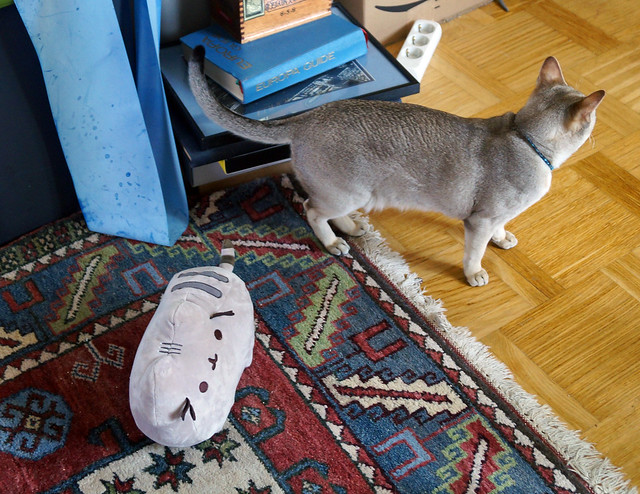 Zak has a very specific way of playing with Pusheen, too. First, he pretends to ignore her… 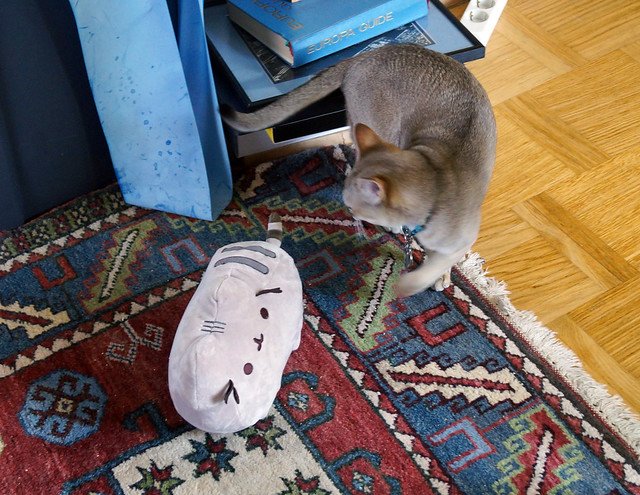 …and then he whips around and SMACKS her! 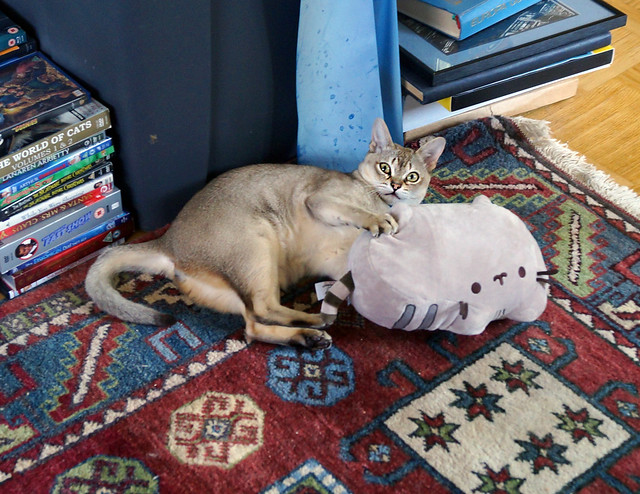 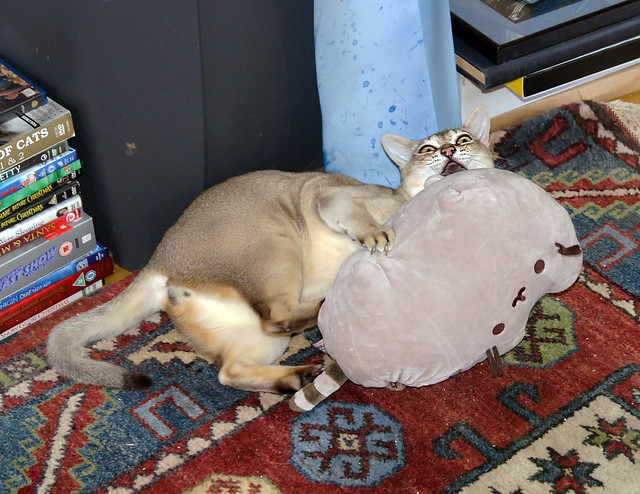 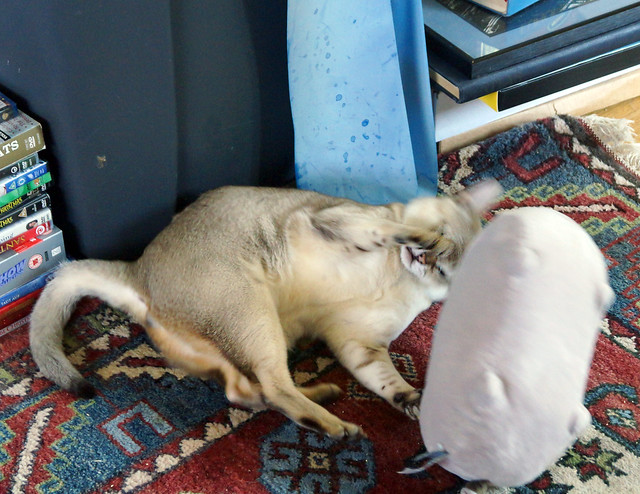 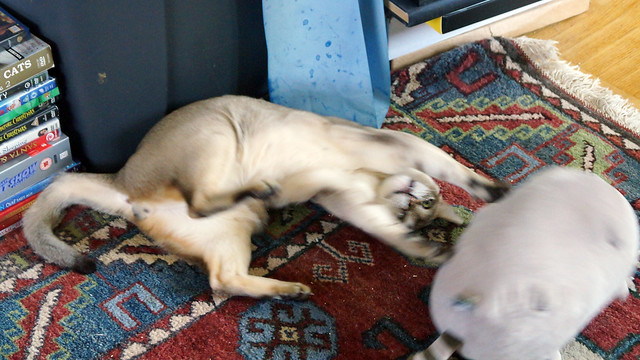 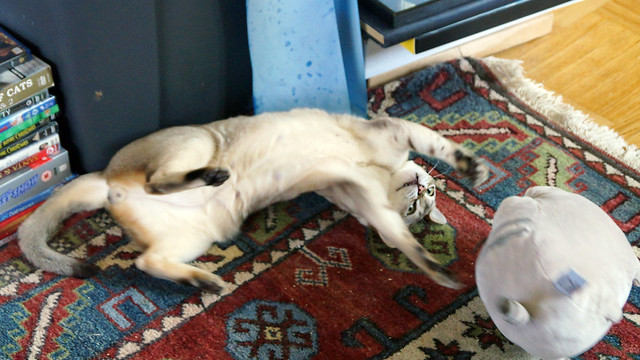 …it’s pretty much on like an early video game involving gorillas and barrels. 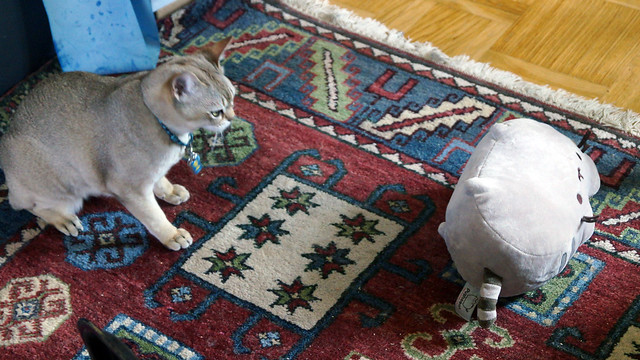 After a brief spar, the opponents retreat into their neutral corners, eyeing each other cautiously. 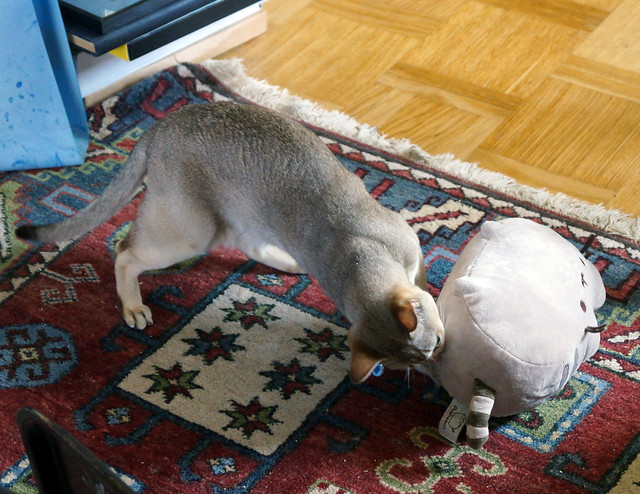 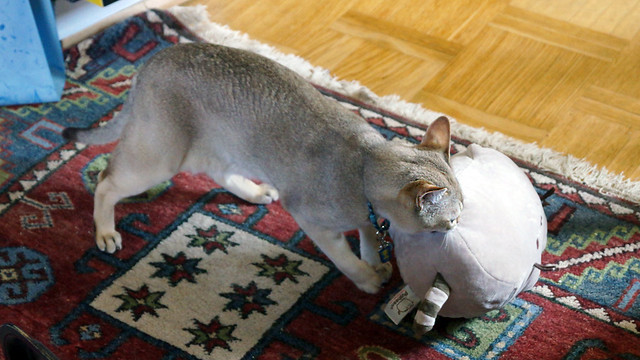 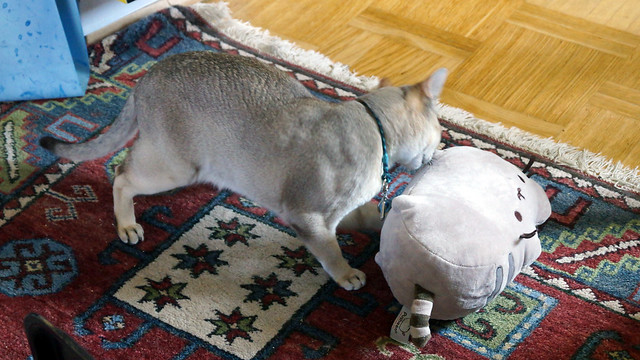 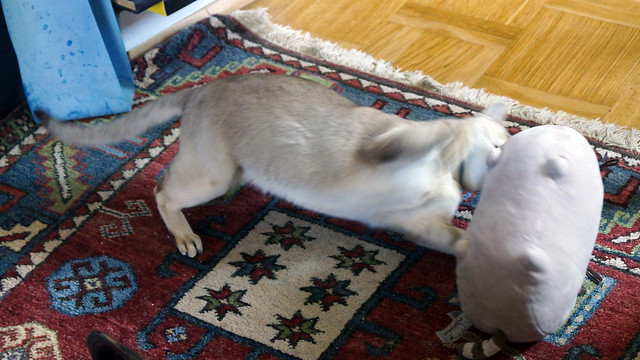 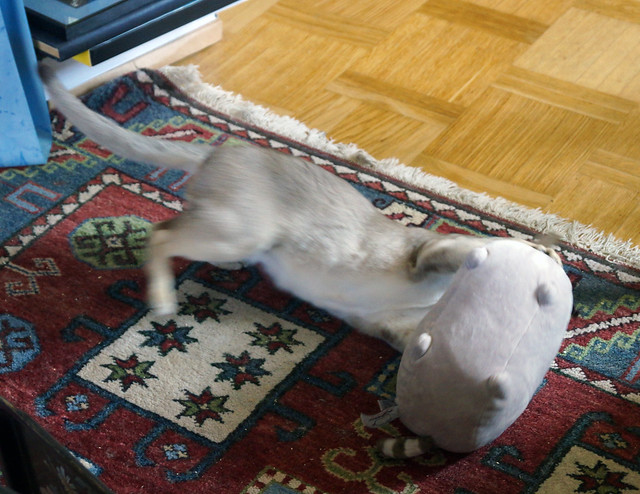 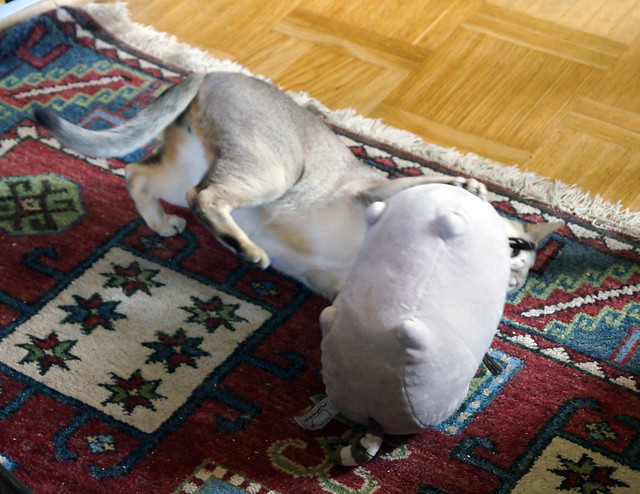 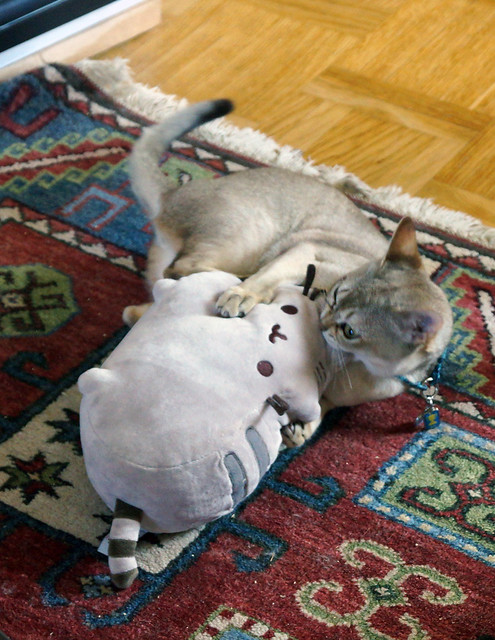 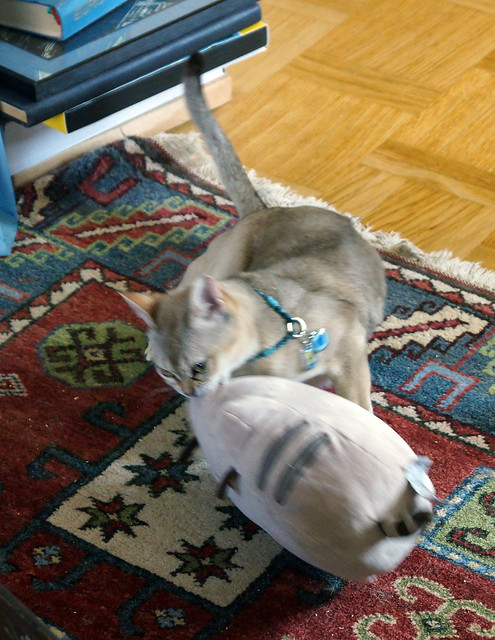 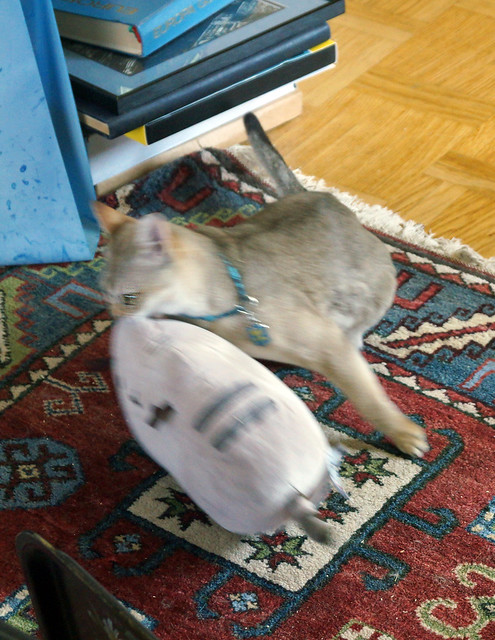 It’s so funny to watch Zak drag Pusheen around. She’s almost as big as he is! 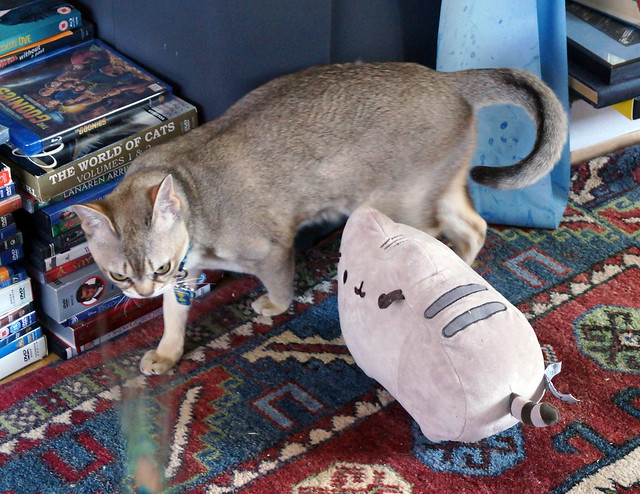 Well…Zak wasn’t wrong. It did help cheer me up a bit.