I needed to fix a couple of things on my bicycle, so I let Lorelai and Izaak come outside with me whilst I was working. 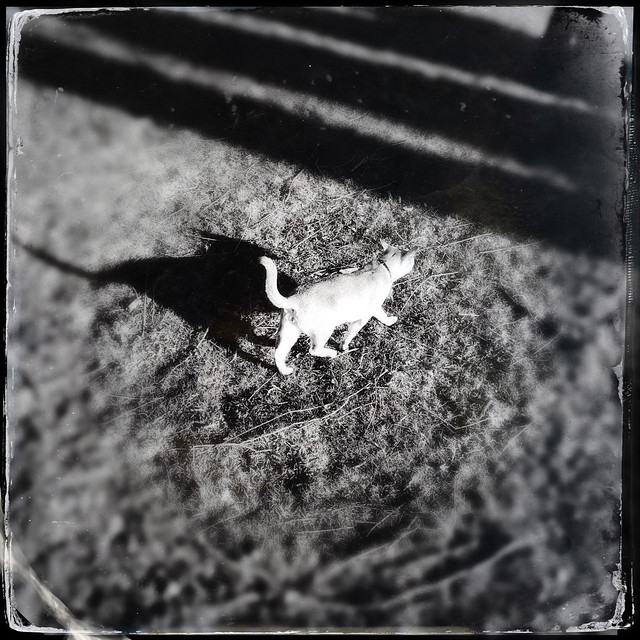 In Sweden, however much it may seem like New England, we haven’t really got a spring. We go from winter to full-blown summer. And so it is this year. We went from freezing cold to OMG where are my shorts and sandals!? Björn says that Sweden is in the BiPolar Zone. 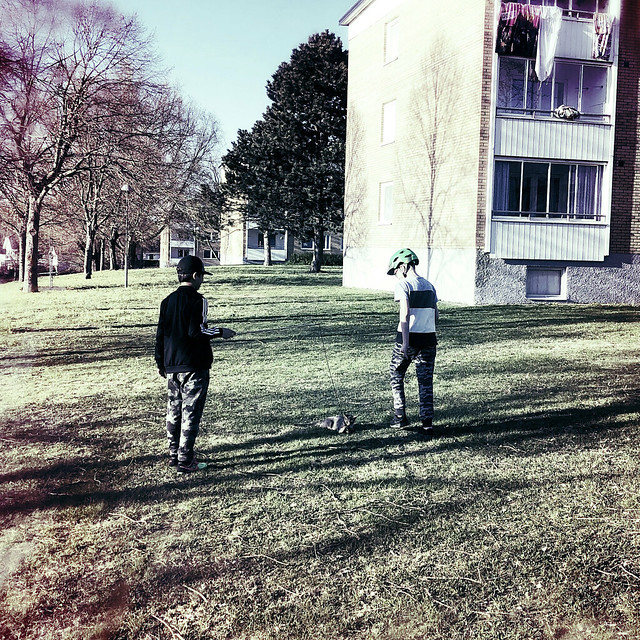 The kids who live in our apartment complex love our cats and love to play with them. 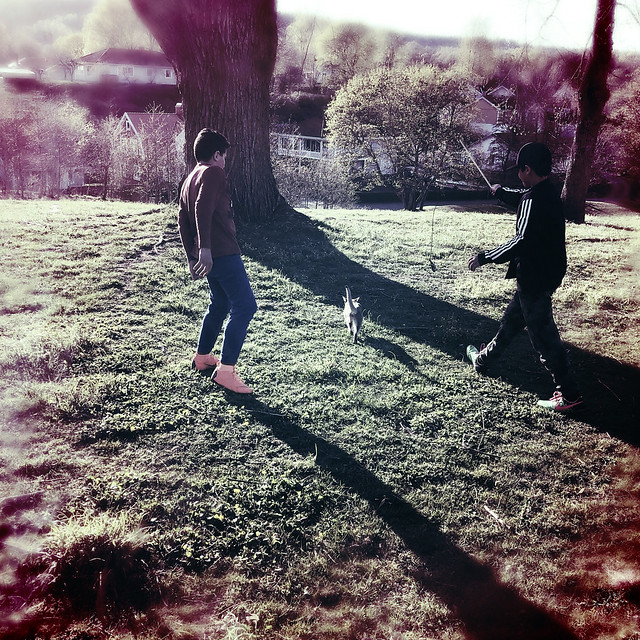 Usually, it’s the girls who go nuts over the kittens running around outside. 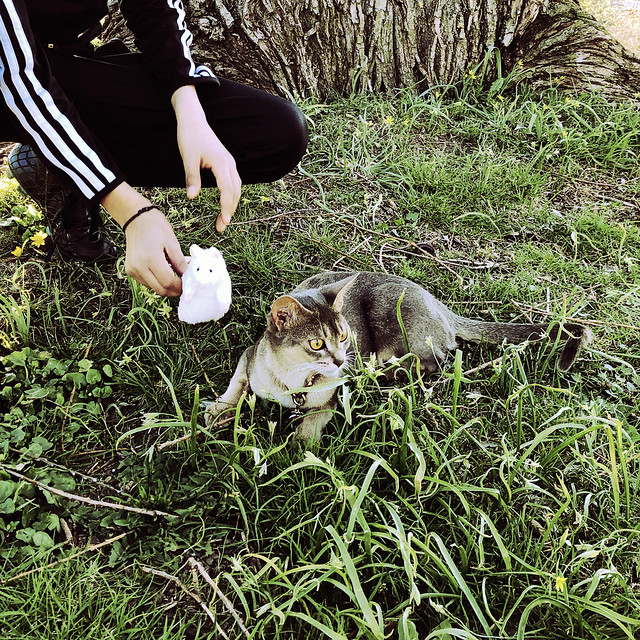 But today, it was the boys. One of them told me his friend had a cat with kittens, and he got to hold them when they were one week old. Later, he told me he was going to get one of those kittens. 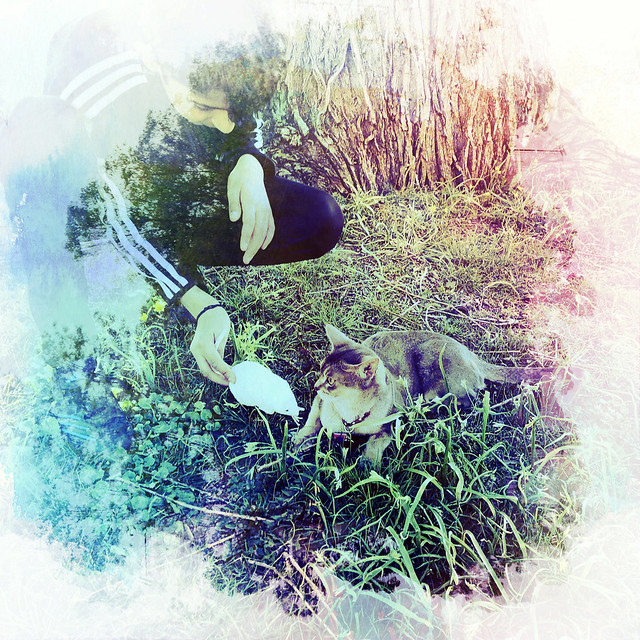 We had told them that Zak will fetch his mousies and bring them back, so they wanted to see that. Of course, outside, Zak had zero interest in playing with IKEA toys. 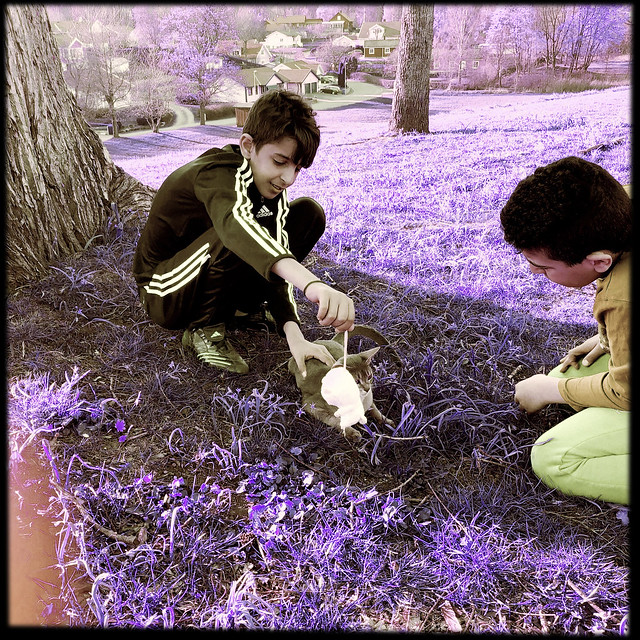 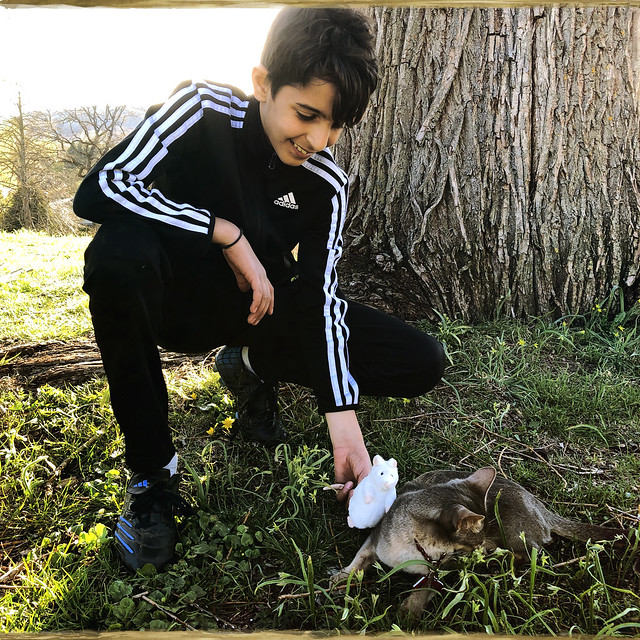 The boys didn’t listen to us, and tried Zak’s favourite toy on Rory. It was, I think, disappointment. 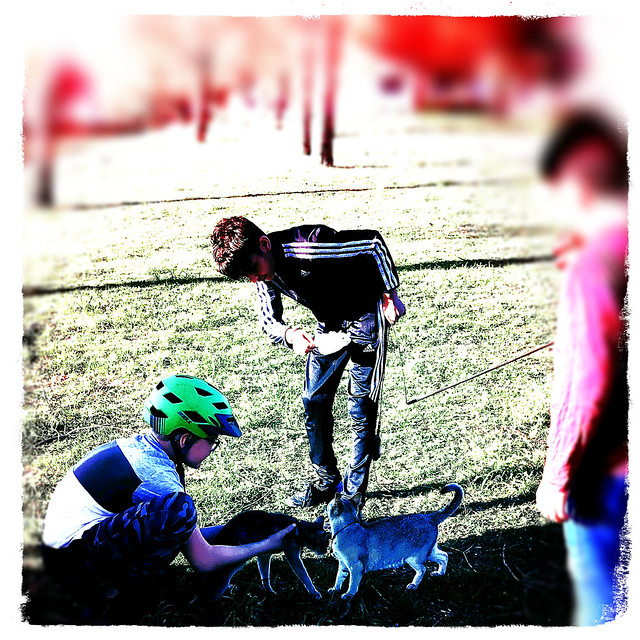 But watching them play and interact with the kittens was adorable. 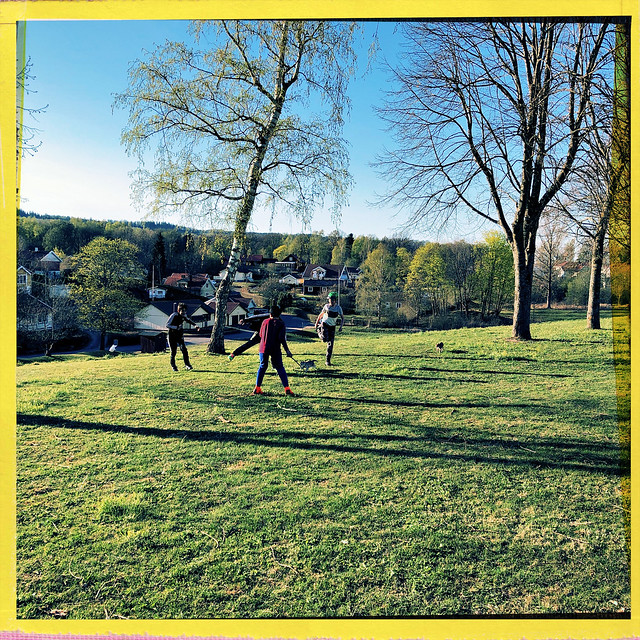 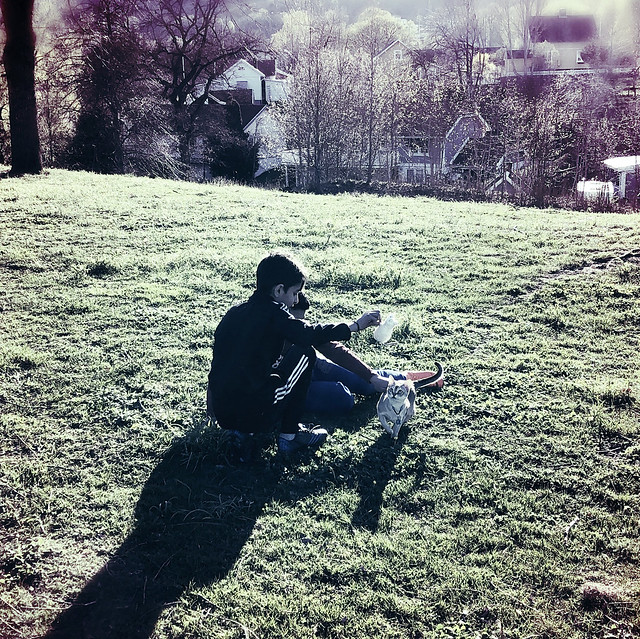 …to the sweetest one-on-one play you have ever seen. 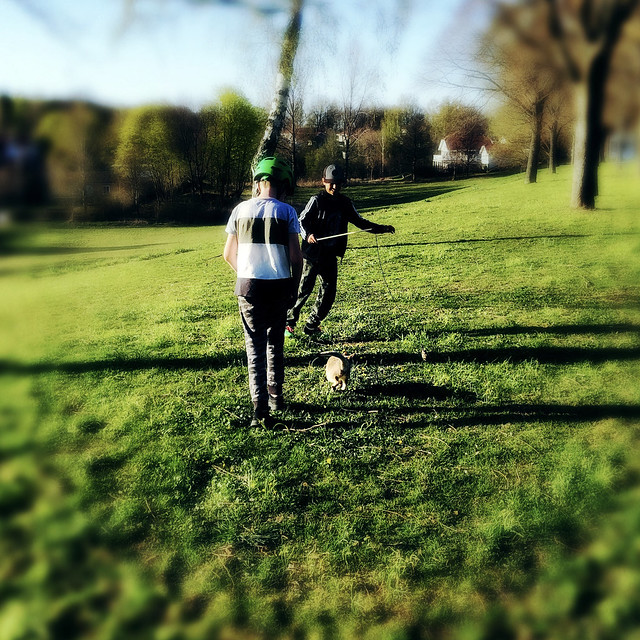 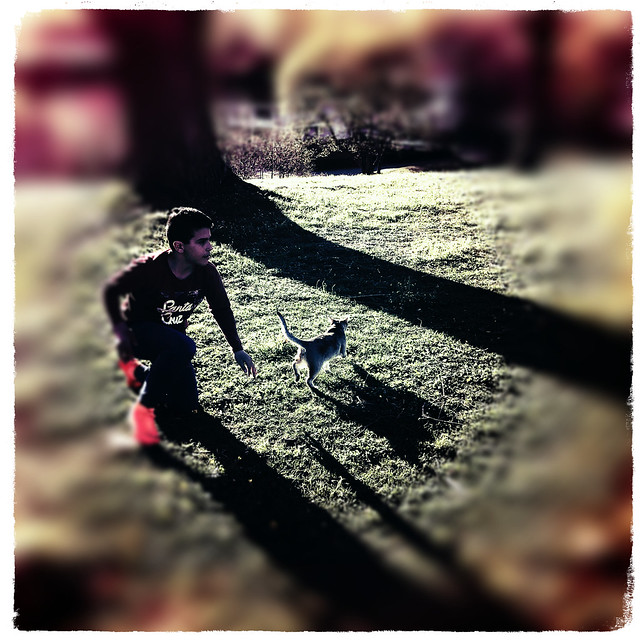 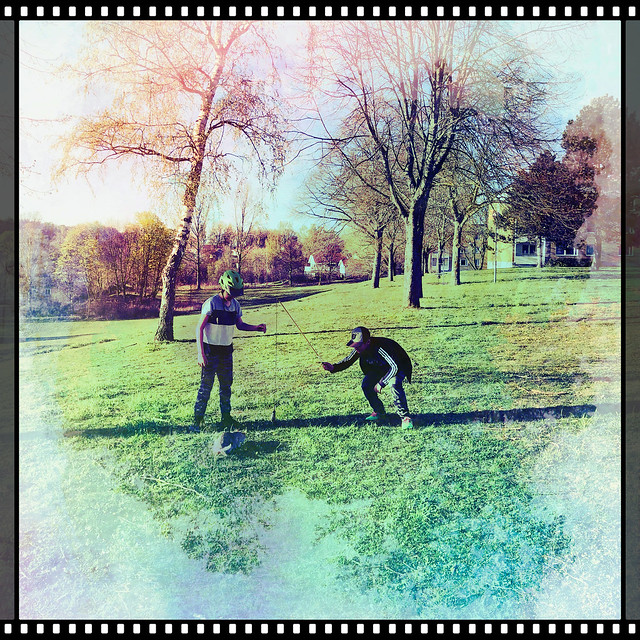 It really warmed my heart, watching boys running around playing with cats. 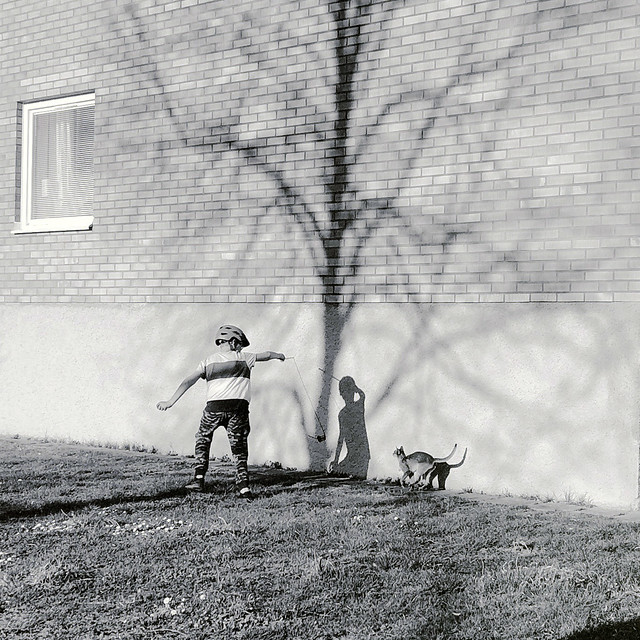 I hope we are fostering our next generation of cat daddies.

4 thoughts on “Aby-a-Day – 22 April: Where the boys are (Hipstamatic Monday)”