Alfred and Logan were truly “Brothers from another mother,” and when Logan died so young and so suddenly, poor Freddy was probably the most affected by our loss. 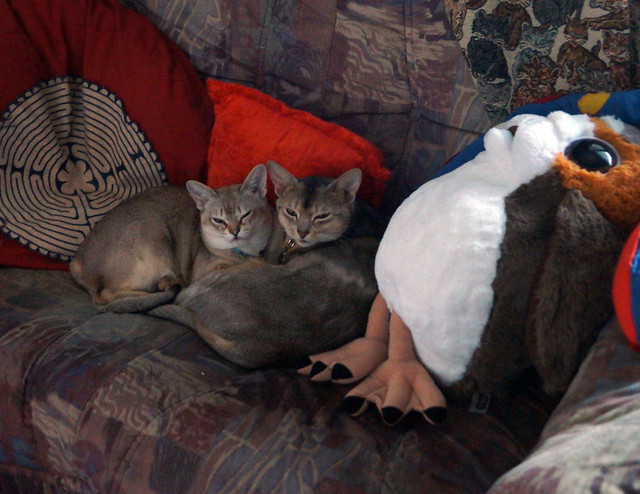 Lorelai’s arrival a month after Logan’s death helped Freddy cope. But then when Izaak joined our family a month and a half after Rory, it took Freddy a little while to accept little Zakky. 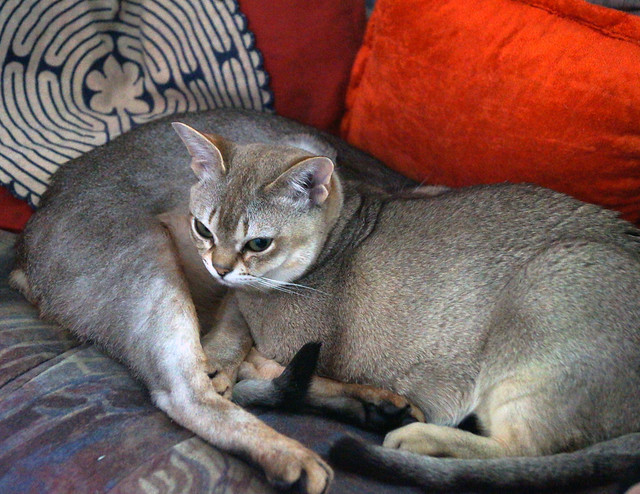 As Singapuras are wont to do, Zak kept cuddling up to Freddy in spite of Fred’s opinion. Fast forward almost a year, and Freddy and Zak are usually found cuddled up together…especially on my legs whilst I’m asleep. 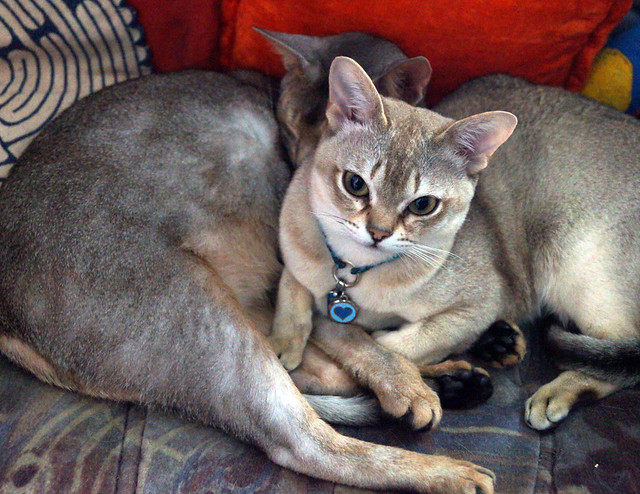 Another of their favourite napping spots, especially on sunny afternoons, is on the couch in Kalle’s room. 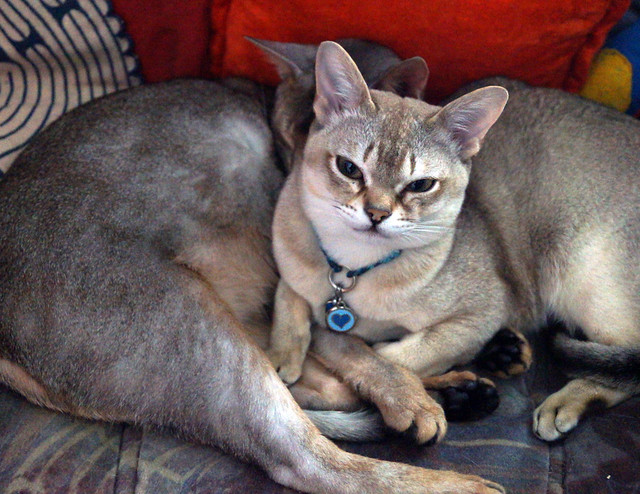 Okay, so Freddy and Zak aren’t the bonded pair that Freddy and Logan were…partly because Zakky loves everyone in his way. He’s also closely bonded with Lorelai, of course, and he had an…interesting…relationship with Jacoby. I’ve even caught Angel playing with him! But Freddy and Zak have their own special connection, being the two boys in the house. 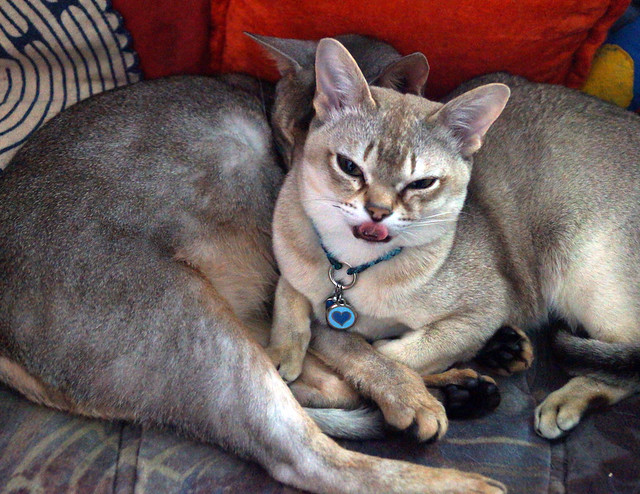 “I can make anybody love me! So there!”

One thought on “Aby-a-Day – 16 Maj: Kalle’s couch brings all the boys to his room (Thursday Things)”