The 2019 Stanley Cup Finals started yesterday, and they are quite exciting. The Boston Bruins are in them, of course, and if they win they will be the THIRD Boston team to win a championship in a year…and they’re already up one game. They face the St. Louis Blues, who haven’t been in the finals for 49 years. And even more interesting, in 1970, the team the Blues faced was…the Bruins!

Ray Lussier took a now-iconic photograph of Bobby Orr celebrating scoring the winning goal against the Blues in 1970. This image is such a part of Boston’s culture that there is a statue commemorating that moment in front of the Garden, and it has been reproduced on T-shirts for 49 years.

My ex found me an unofficial playoff shirt (the kind that can only be found in Boston) with the Bruins Bear recreating Orr’s flight (modeled by Tessie), and it kind of inspired me. 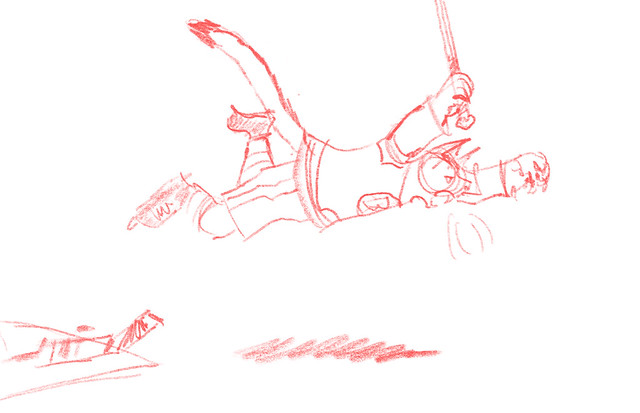 Using a photo of the moment, I did a sketch of Jacoby as Bobby Orr. 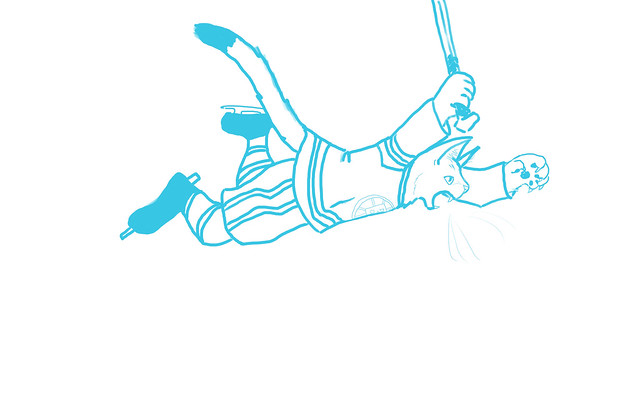 I did a first ink, but I didn’t like the pen I used; it was too thick and clunky. So, using that ink as a reference, I made a second inking. 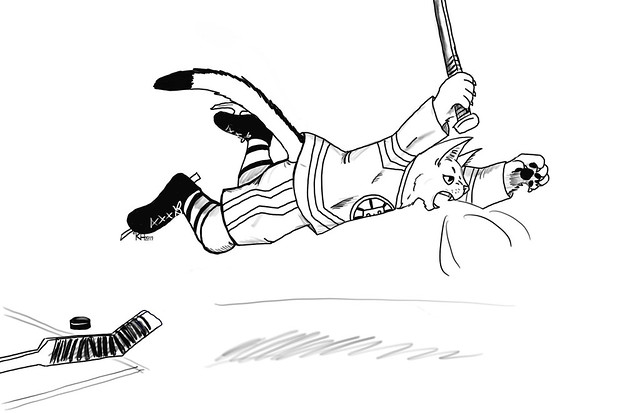 That inking turned out so much better! I’ll colour it in and finish it for next week…the day after Game 4.