Today at the cat show was…well, not as exciting as yesterday. 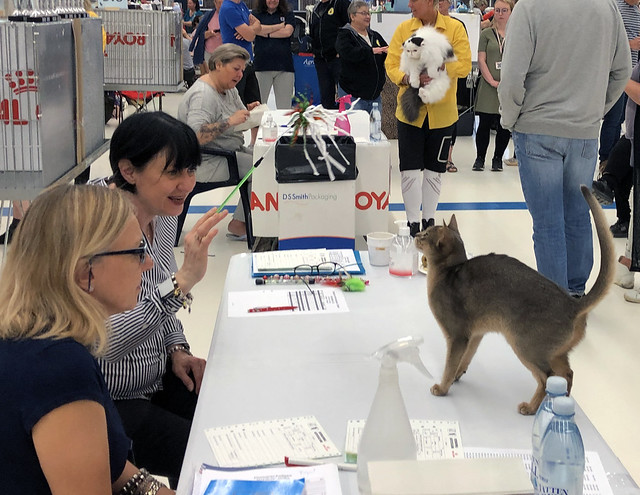 Lorelai was the first up again, and she had the same judge, Thea Friskovec, that Izaak had yesterday. 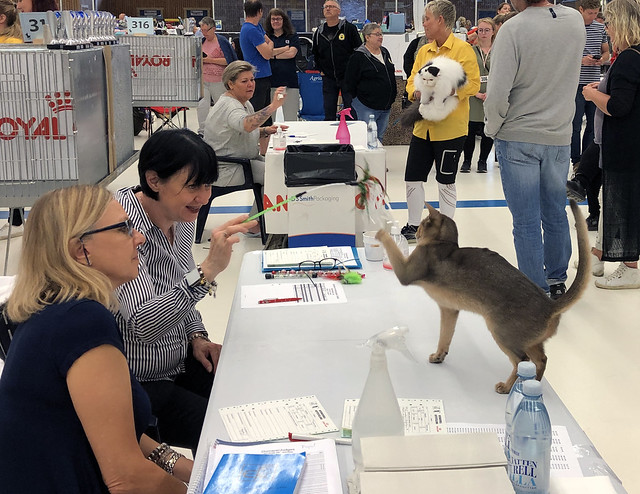 Lorelai charmed her, but ultimately lost the Nomination to a friend’s Cornish Rex.

This is what her judging looked like…so different from CFA! 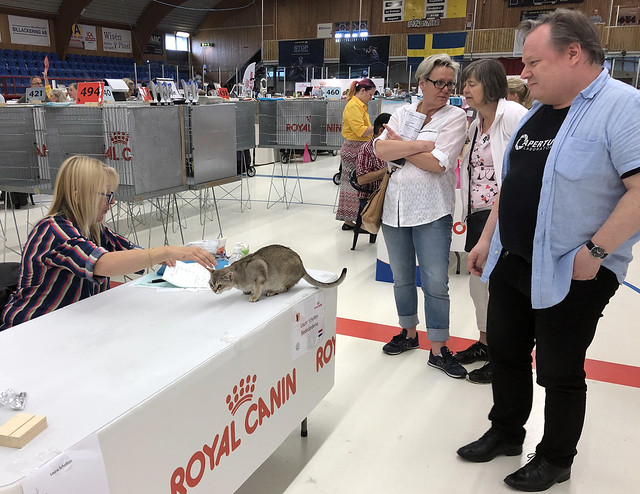 Next up was Izaak. 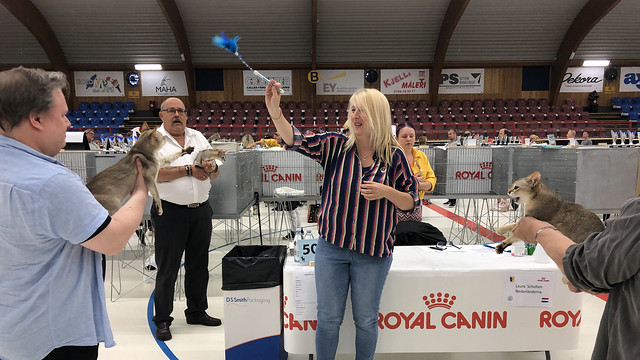 Like yesterday, since there were three Singapuras entered, he was up for Best in Variety, but today he lost out to IC S*Kustens Lucy in the Sky with Diamonds (on the far right). That’s cat shows: one day, you’re top of the world, another day…not so much. You can’t win them all. 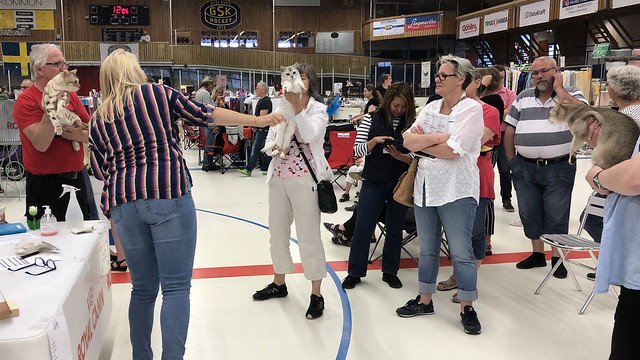 After the BIV, Zak had to compete for the Nomination, against the Burmilla from yesterday and a snow Bengal. 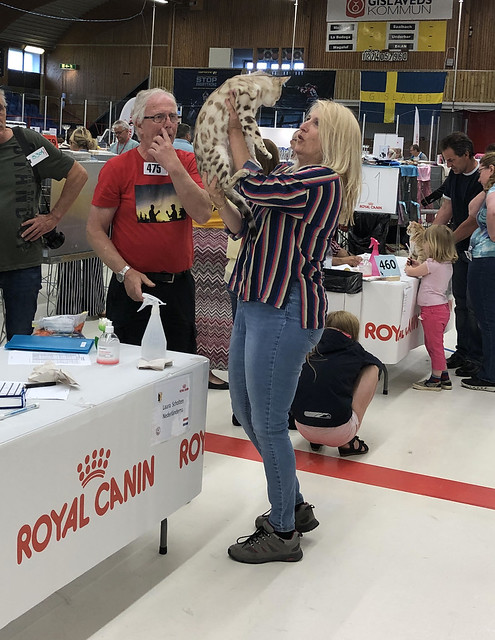 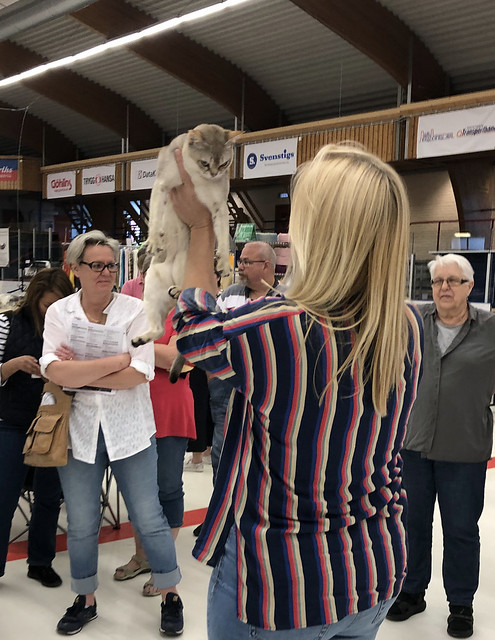 The competition was stiff… 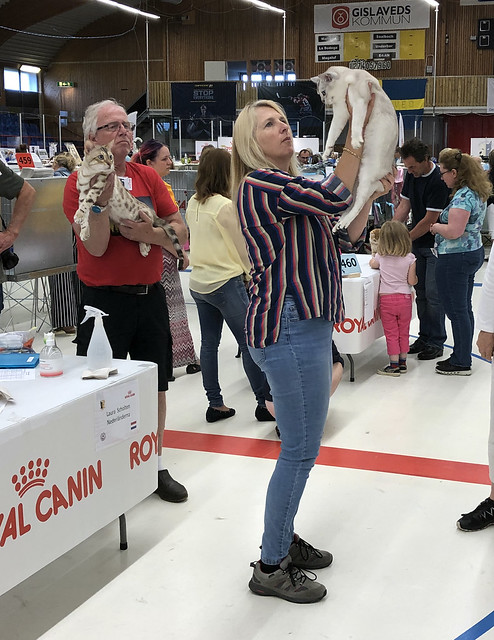 But today, Zak lost to the Burmilla. Ultimately, no Singapuras were Nominated to Panel, where yesterday we had two (who both won Best in Show). But that’s okay; with neither cat Nominated, we were able to leave the show early! That’s always a bonus.

Here is a video of Zak being judged. I think I like FIFe’s style better than CFA, to be honest; not only do you get an honest conversation about your cat’s strengths and weaknesses, but you also get a written copy to save in your cat’s show book. Only being judged by one person a day vs. the CFA method of a cat getting several judges’ opinions in a day is…different, and admittedly, a little hard to get used to. But the fact that you get the judges’ notes to keep for posterity is pretty awesome and makes the shift a little easier to handle. Plus, it’s nice having a written record of what a judge thought about your cat.