I keep forgetting to do Hipstamatic photos when we’re at FIFe shows. I used to take them at cat shows regularly back in New England. But they’re fun…and it’s interesting to see what Hipstamatic does…like this one. You’ve seen our show curtains, they’re shades of green. But Hipstamatic turns them into shades of red! 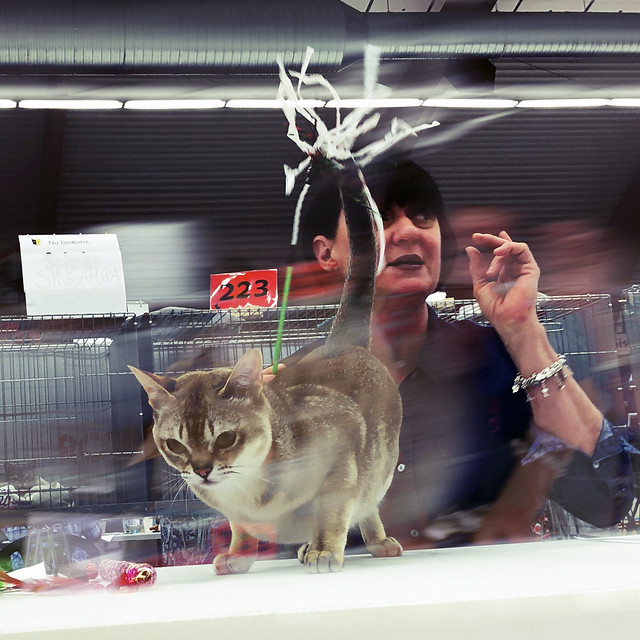 I also love the randomness of it. Sometimes it really improves the photo. 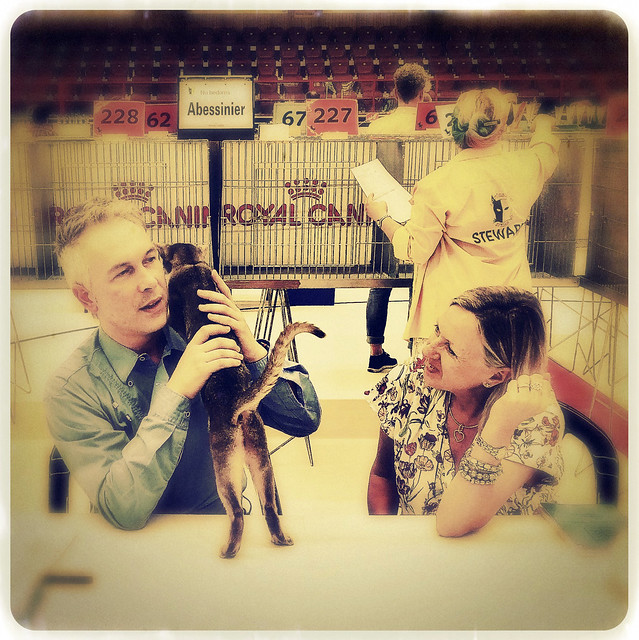 I used to take photos with the cameras Hipstamatic is meant to emulate, back when I was a kid. You would take the photo…but never know what you were going to get. It’s a kind of fun we don’t have nowadays (although I wouldn’t want to go back to film EVER). 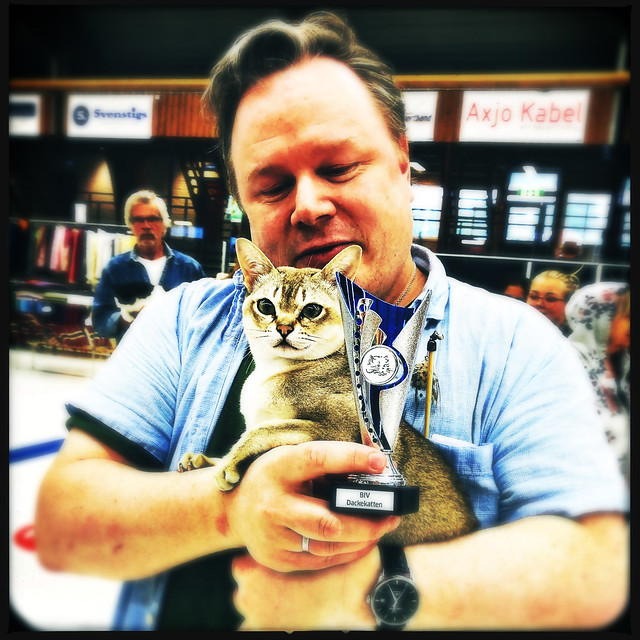 Sometimes it makes a good photo even better…I really like the way the focus is shifted to Izaak and his BIV trophy in this one. 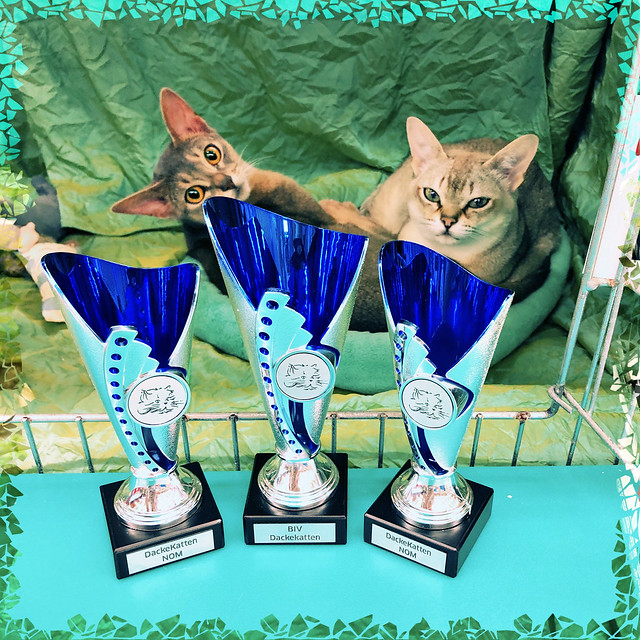 Some of the films have frames that are a lot of fun. This one flips the original photo around the edges and sort of “shatters” them. It’s a neat effect. 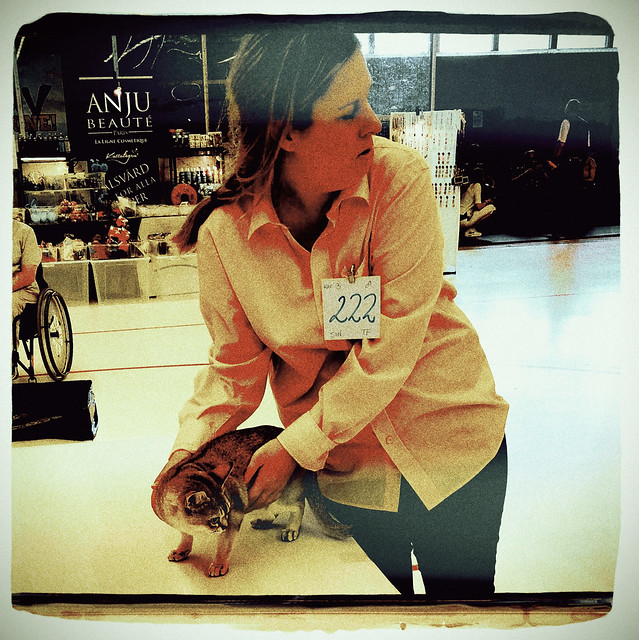 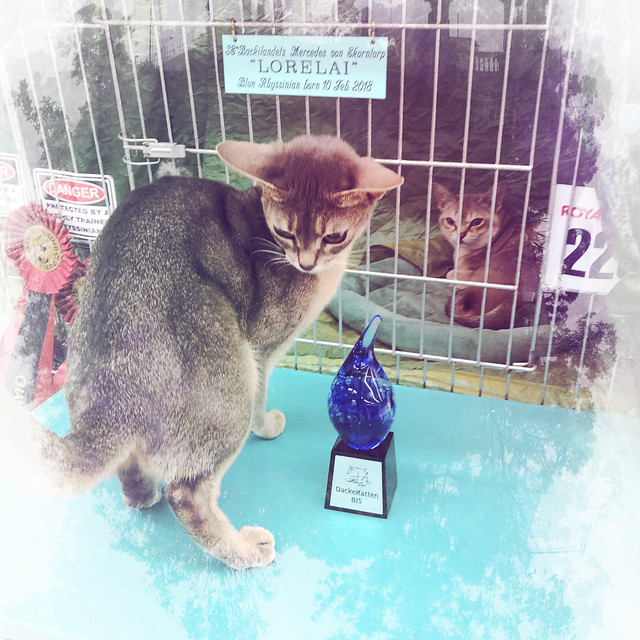 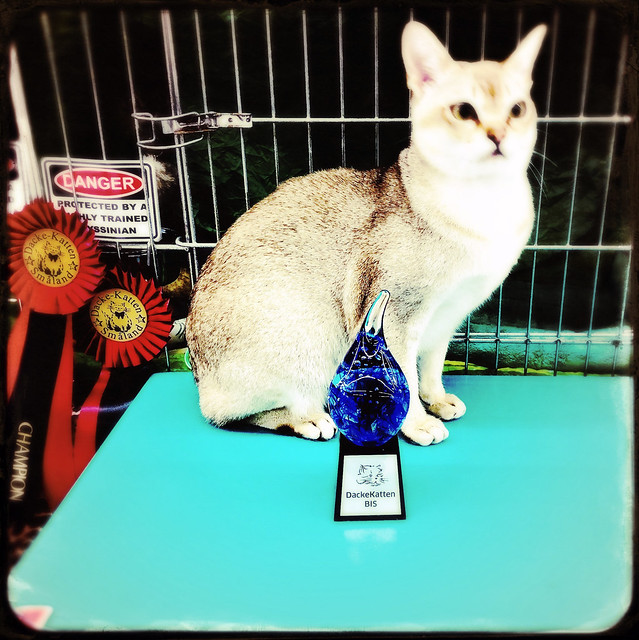 …and it can save a photo you might have kept. When Hipstamatic saves a photo, it also saves the original, “normal” version of the shot. In this photo, Zak moved his head and his face was blurred. But in the Hipstamatic version…that motion blur is not an issue. 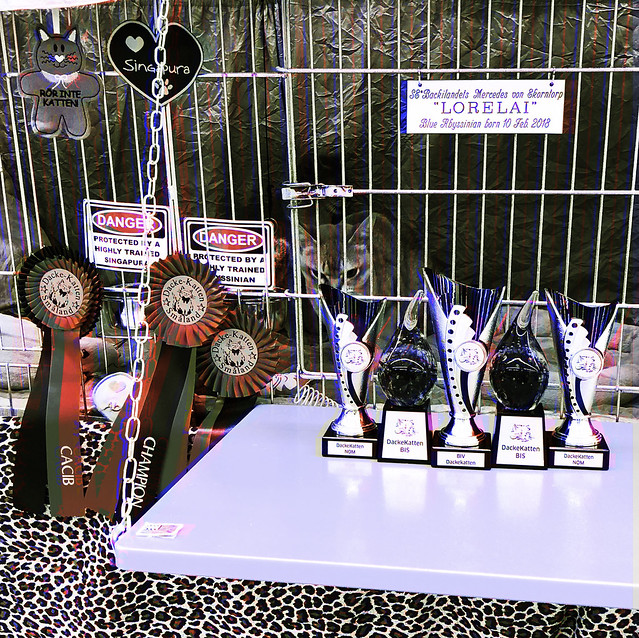 Some of the different films play with colour, as I mentioned before. This one only keeps red and blue and discards everything else. 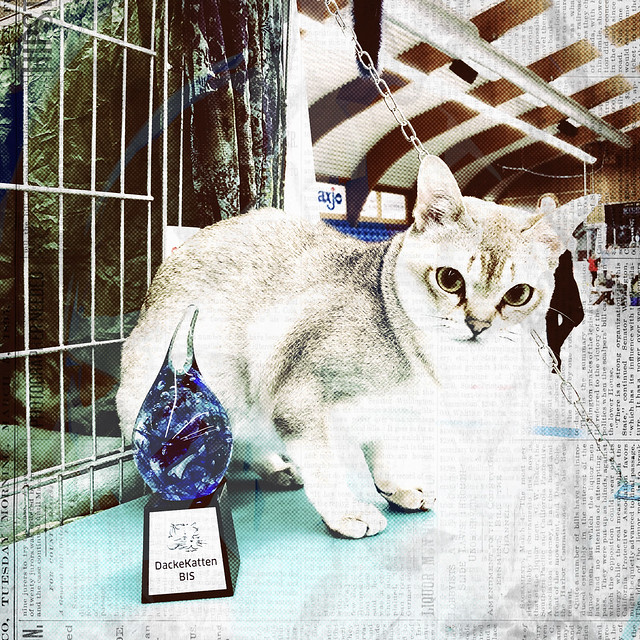 This film makes your photo look like it was printed on an old newspaper, which can be a cool effect on the right shot. 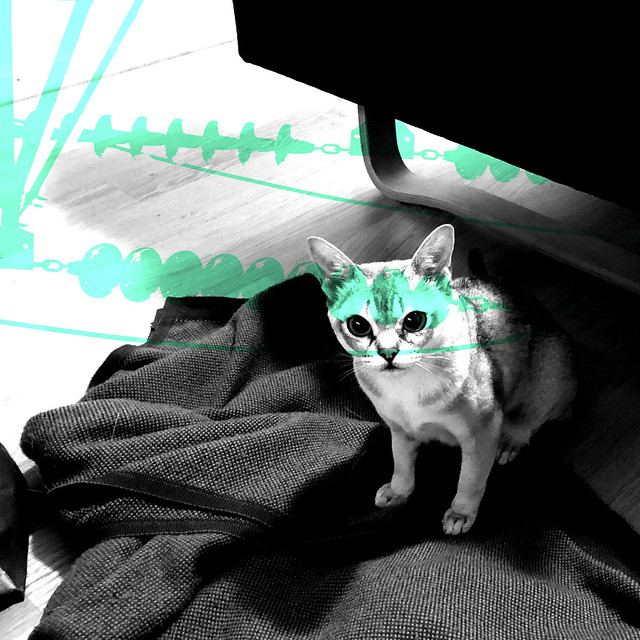 I also like this film a lot. It makes this cute photo of Zak even cuter, somehow. 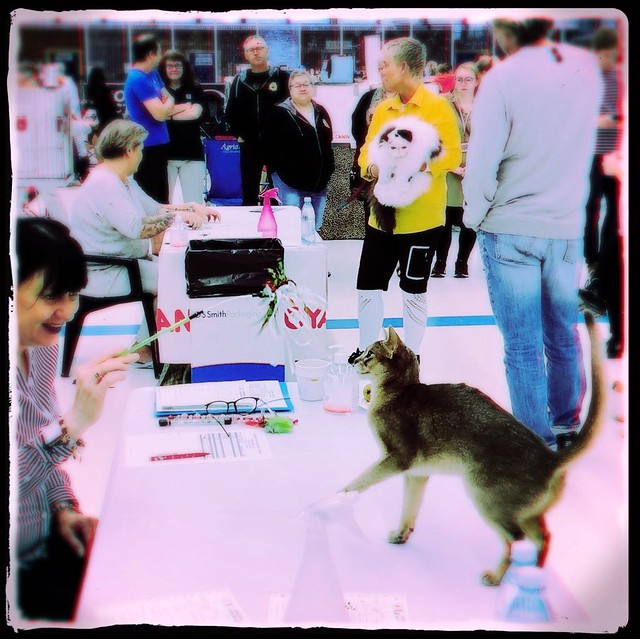 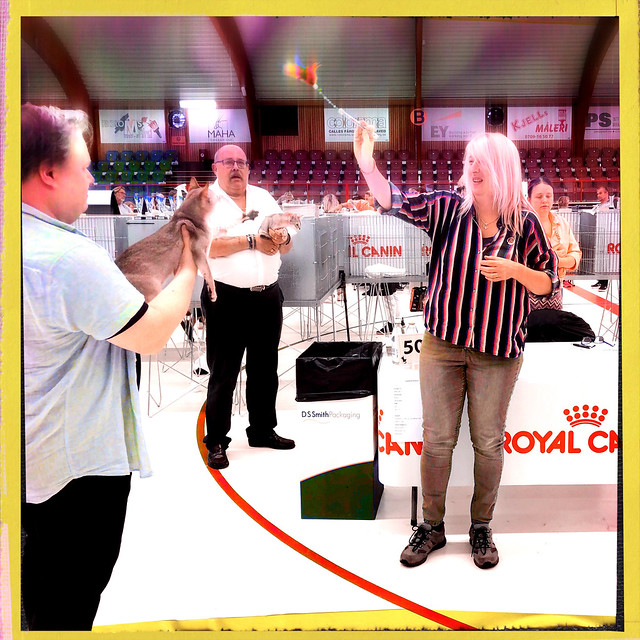 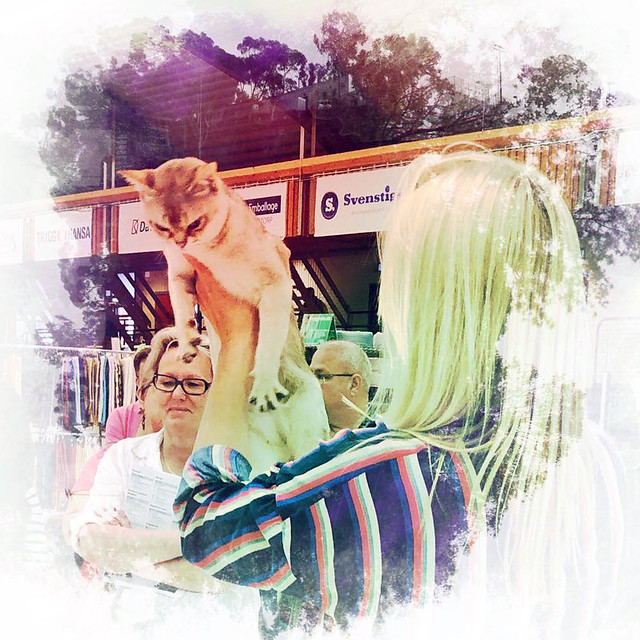 Once, ages ago back in the States, someone asked me, “So…What’s this Hipstamatic Monday all about?” This. This is what it’s all about.

2 thoughts on “Aby-a-Day – 10 Juni: Another way to look at the show (Hipstamatic Monday)”