Amongst all the other things that happened at last weekend’s cat show, I mentioned that there was a trainee judge watching the Abyssinian judging, shadowing a Group 4 judge. But later, after the Singapuras and the Selkirk Rex had been judged, Stellan called me to bring Izaak over to the Group 3 “Parallel judging.” 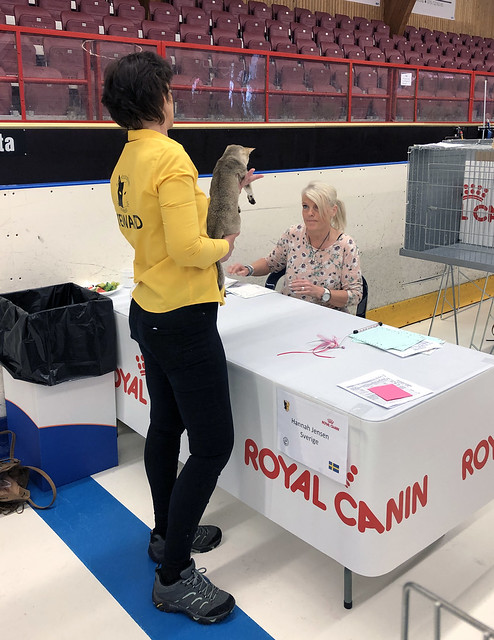 I’d never heard of that before, much less seen it. Stellan said it’s fairly rare. But it’s actually pretty cool, and I don’t think either CFA or TICA have a thing like this. 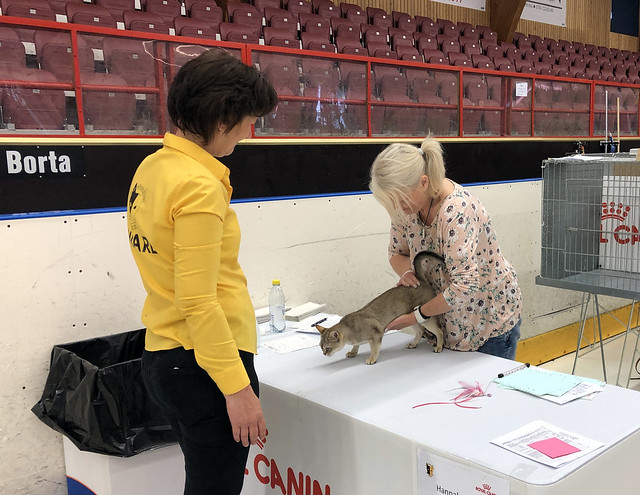 Basically, you’re all called up to a mock ring. Stewards take the cats up to the student judge, who judges each cat and writes down notes on every one, the same as the real judge does. She also chooses her Bests in Variety and the cats she would Nominate if she were the judge. 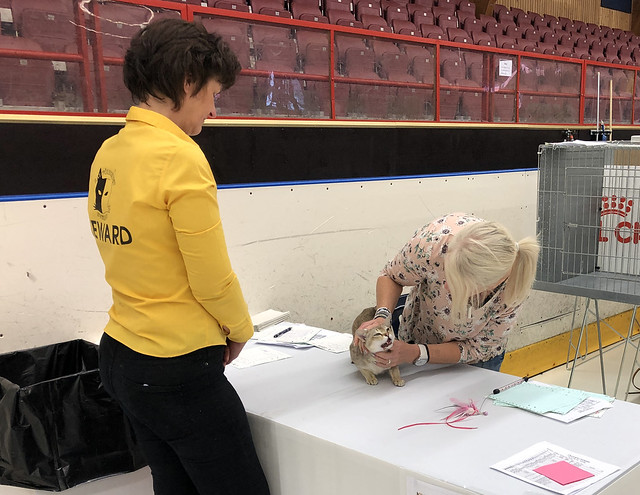 Later on, they compare her notes and decisions to the actual judge’s notes and see how she did in comparison. We exhibitors don’t get to see the notes, nor do we ever know how our cats placed…but it was interesting to watch. 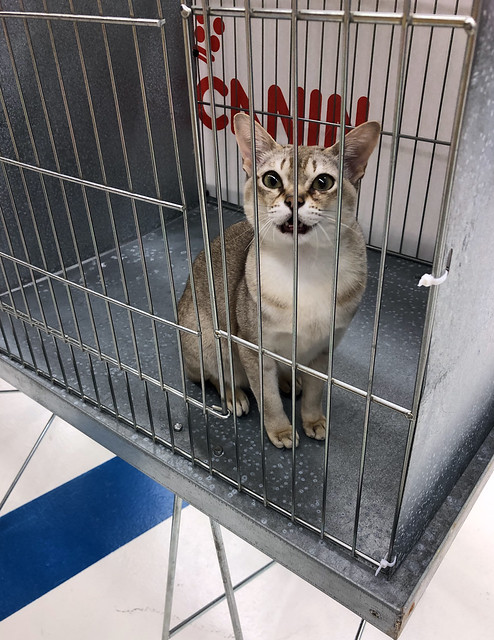 Zak thought it was a lot of fun! Maybe even more fun than the actual judging, because he got to do it and Lorelai didn’t!