This happened two summers ago. Jacoby was acting like he had something stuck in his nose or throat. I checked his mouth to make sure a string or something hadn’t gotten caught under his tongue, but there was nothing there. The way he was acting reminded me of when I’ve gotten a grain of rice stuck in the back of my throat in my nose; Jake was coughing and snorting in the same way. 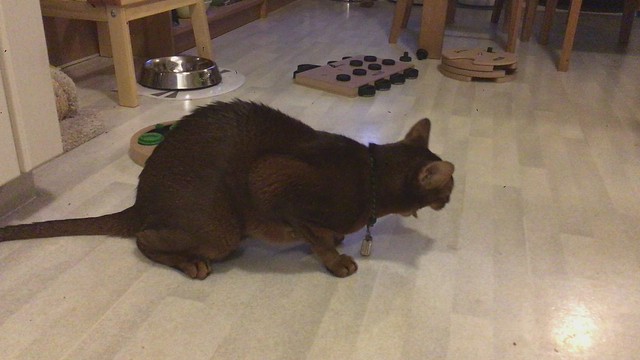 This is what he was doing (click the photo to watch the video in Flickr). We were growing cat grass on the balcony that summer, so I suspected that Jake might have inhaled a blade of grass and gotten it stuck in his pharynx or nasal passages. 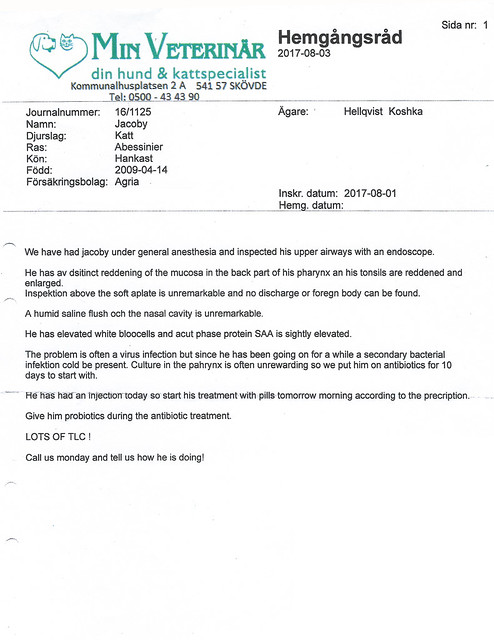 So we went to the vet, and they flushed out his nose and checked him out. They noticed some irritation, but didn’t find any grass or plant matter. They prescribed antibiotics, just in case. 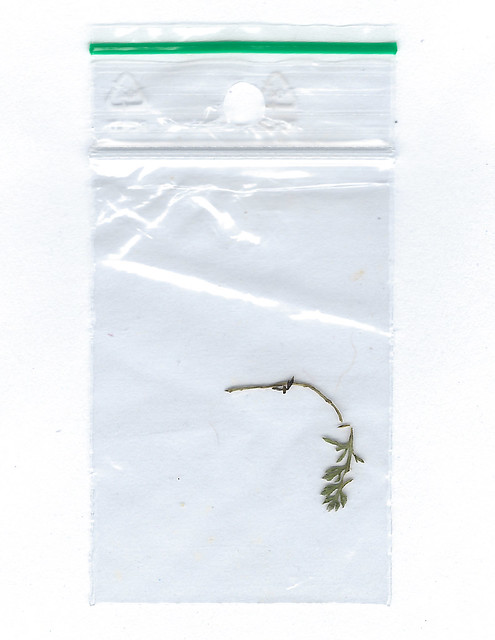 After we got home, however, I found what looked like some dried, clear cat barf on the floor in the room Jake ate in. But it wasn’t like a regular hairball or food barf…it was a tiny leaf! I had been right – Jake did have something stuck in his nose! He just managed to get it out by himself before the vet appointment. 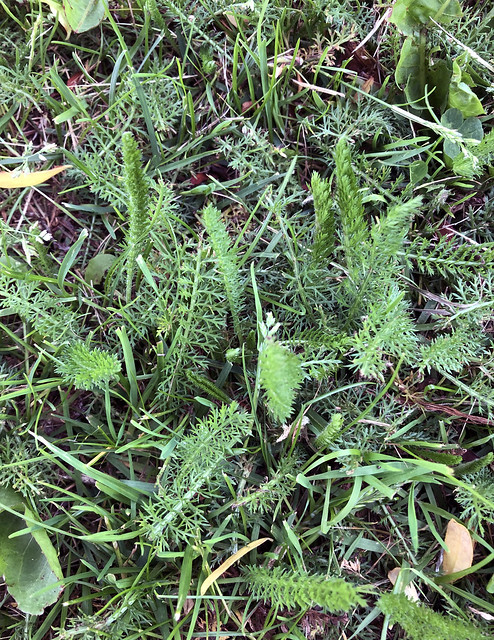 So, I did a little research and discovered that it was a small leaf of Yarrow! I only know Yarrow from the Warriors books (the medicine cats use it, and there’s a cat named Yarrowleaf in the more recent books, but I had no idea it was growing in our lawn! Because they mow once a week, it never gets a chance to grow tall or flower. 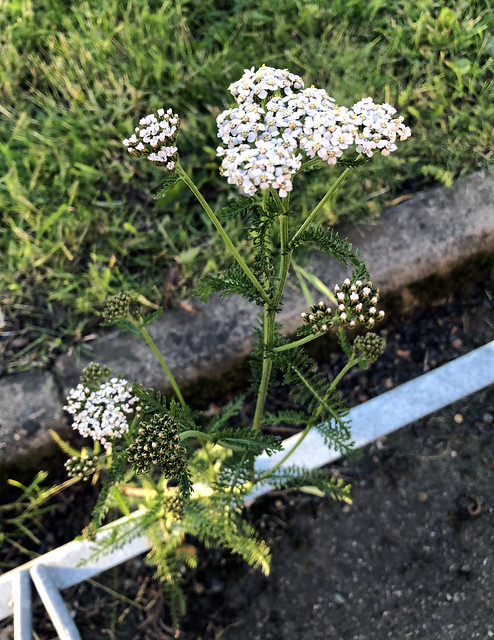 This Yarrow plant is entwined with a bicycle rack, so it misses getting mowed. This is what it looks like when it’s allowed to grow. Jake must have accidentally inhaled the little leaf when we went outside – he loved chewing on the grass, and the yarrow is mixed into the lawn. It was an interesting mystery, and I’m glad I was able to solve it.