On one of our outside adventures, Lorelai saw a pigeon perched in a tree. 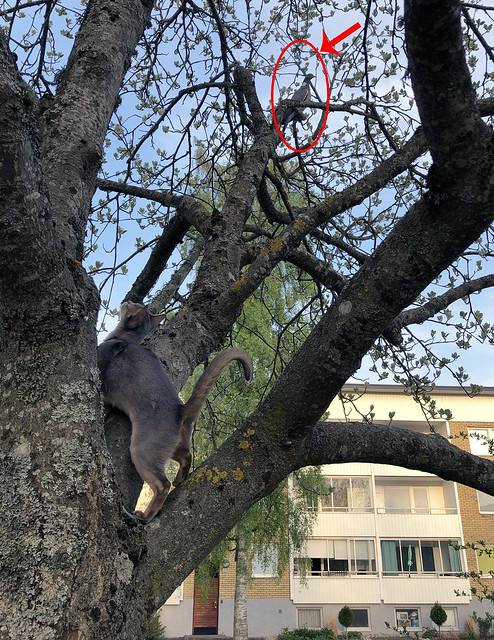 It’s kind of hard to see, so I’ve marked it in this photo. 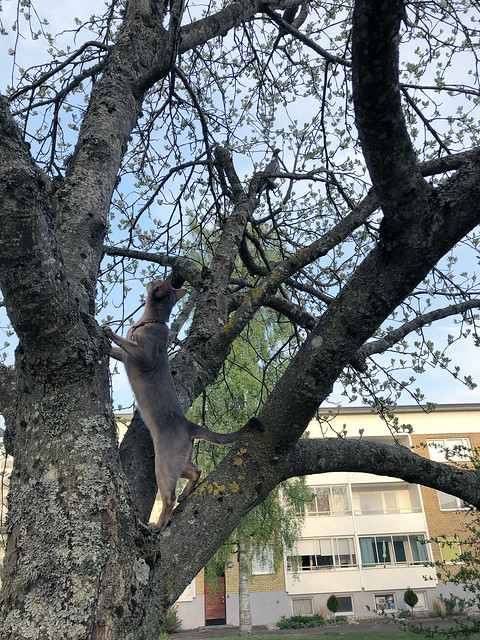 Rory was so intent on hunting it. 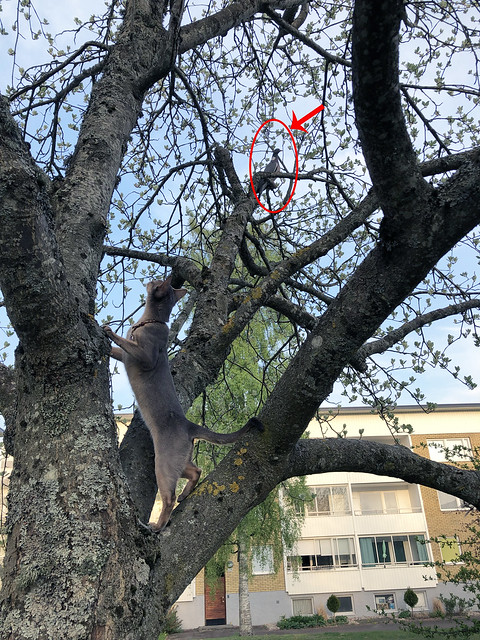 (Here it is marked again) 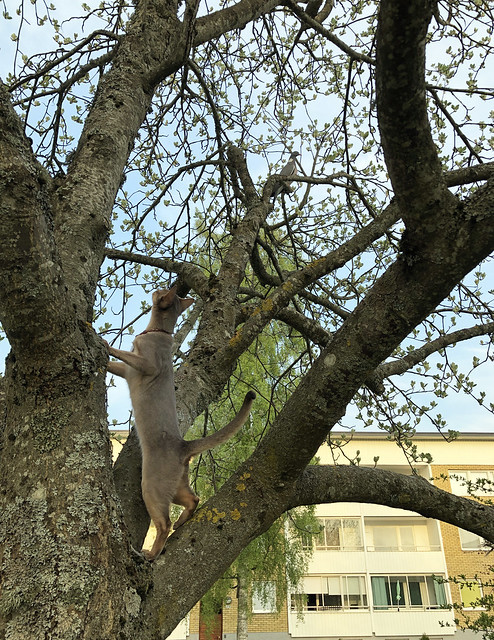 You could see her brain working out how to catch that fat bird. 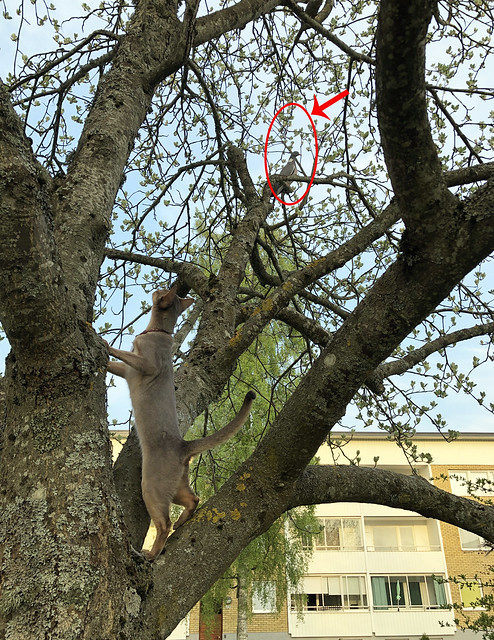 The pigeon was hard to see up in the branches, but Rory never lost her focus. 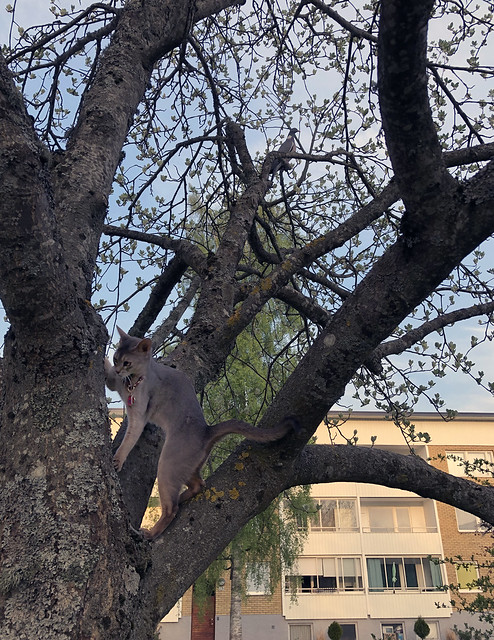 At one point, I thought she was going to give up. 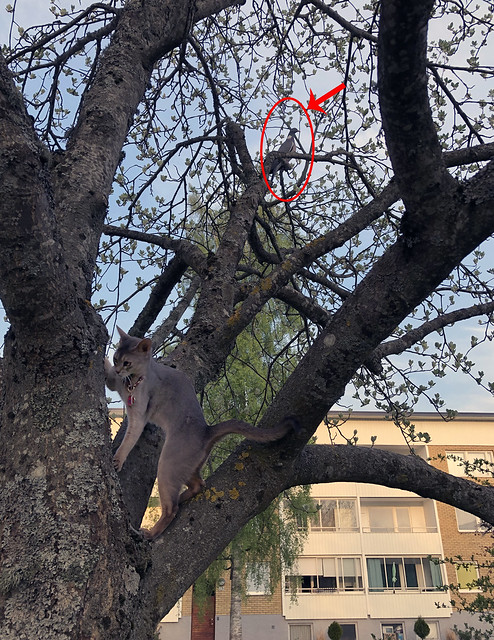 The pigeon was still watching her, though. 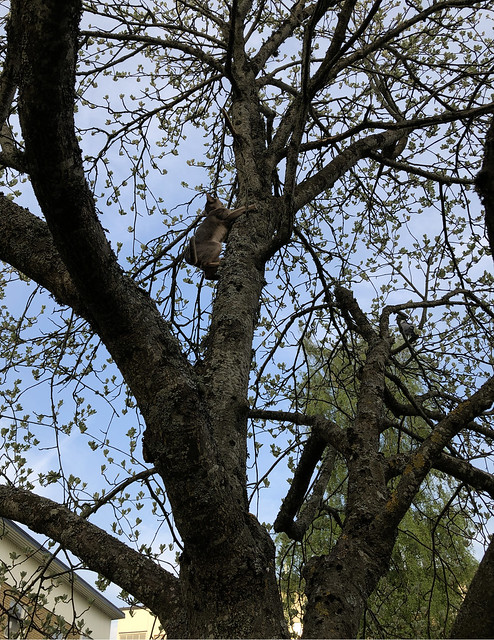 But suddenly, Rory climbed even higher in the tree! 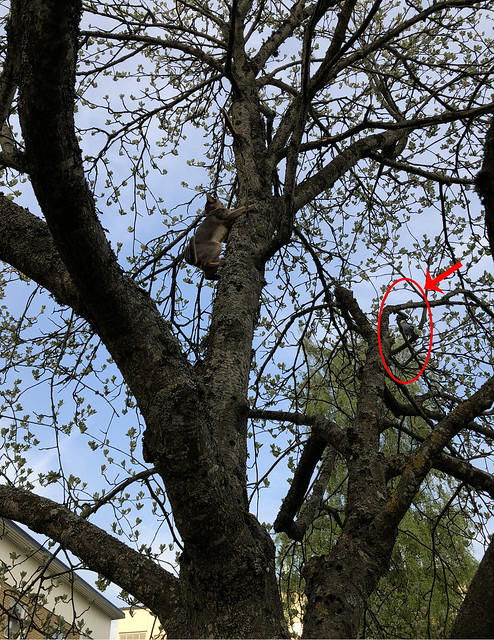 She was actually as high up in the tree as the pigeon! 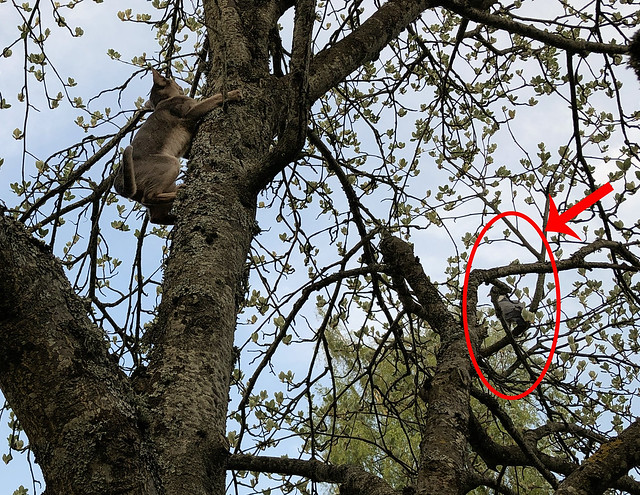 I think her idea was to get higher than the pigeon, and then drop down on it. 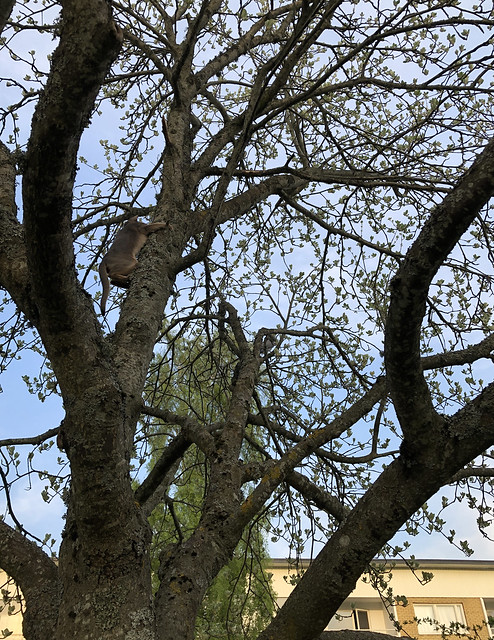 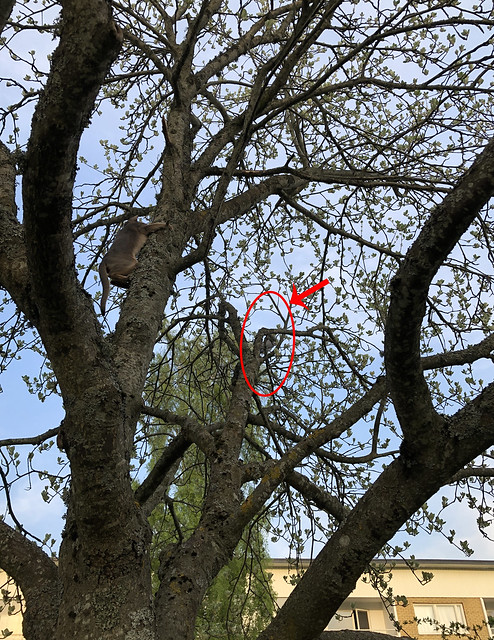 She really wanted to get that pigeon. I honestly don’t know why the pigeon stayed there so long. Maybe it was curious about the small predator. 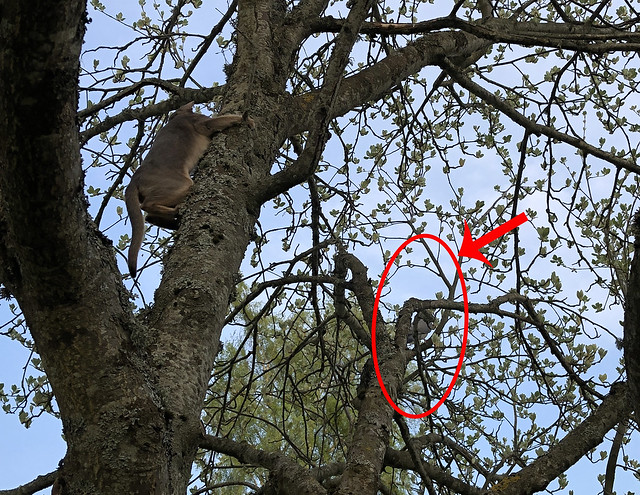 I think this may be the closest Rory’s ever gotten to a bird. Impressive.