You may recall a few months ago, I had bought some catnip snakes on Etsy. I gave one to “everybody,” which Izaak promptly claimed, and then put one away for Jacoby’s birthday…which never happened. 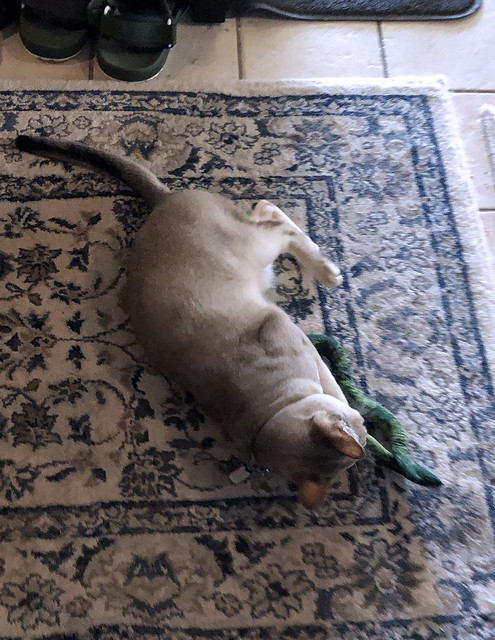 The other day, whilst tidying up my clothes cupboard, I happened to find Jake’s green birthday snake. I had forgotten about it. 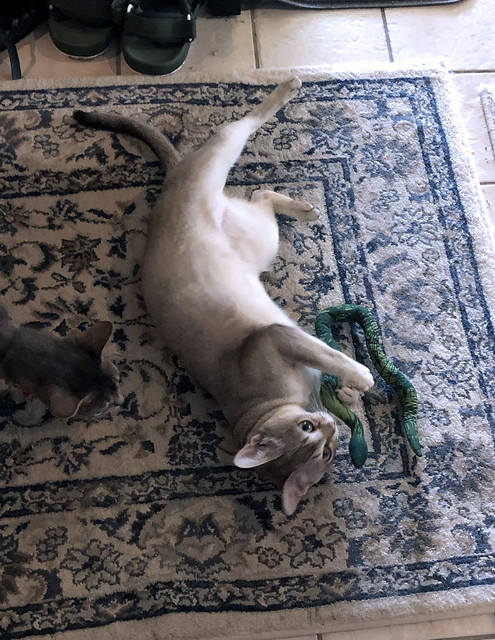 So, I called Zak to come and play with it. 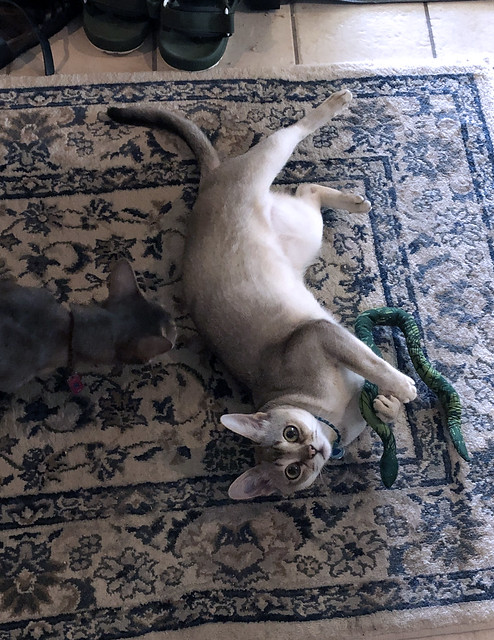 He was all over that action. 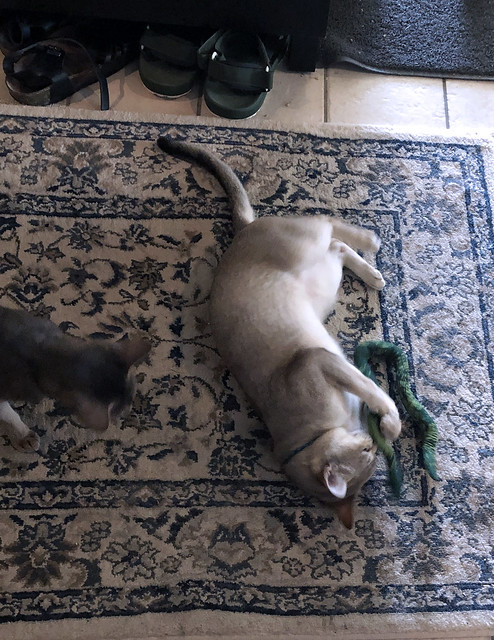 Lorelai wanted to see what all the fuss was about. 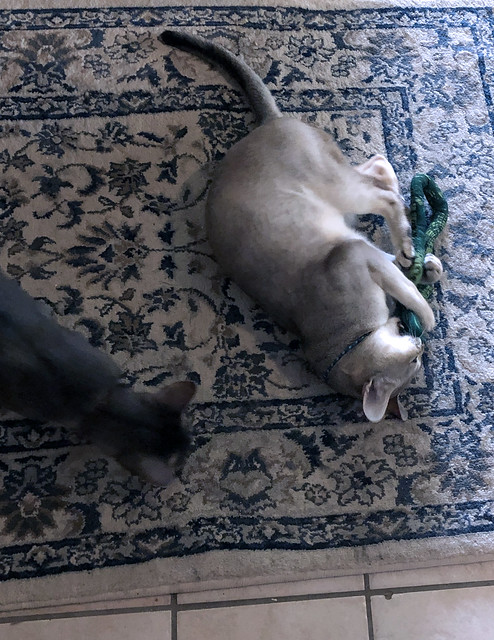 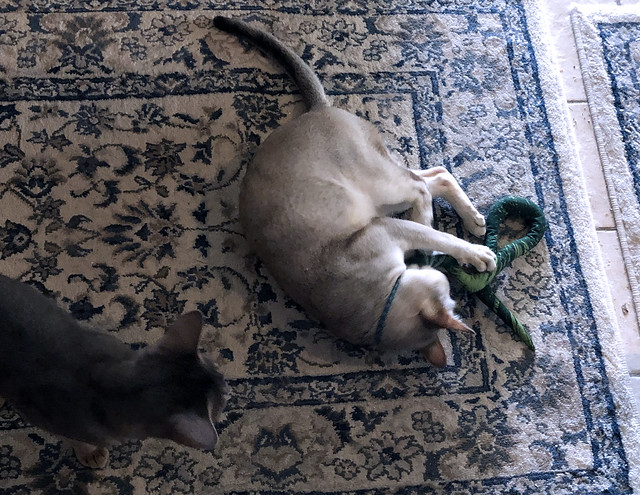 Zak was not about to share his new toy. 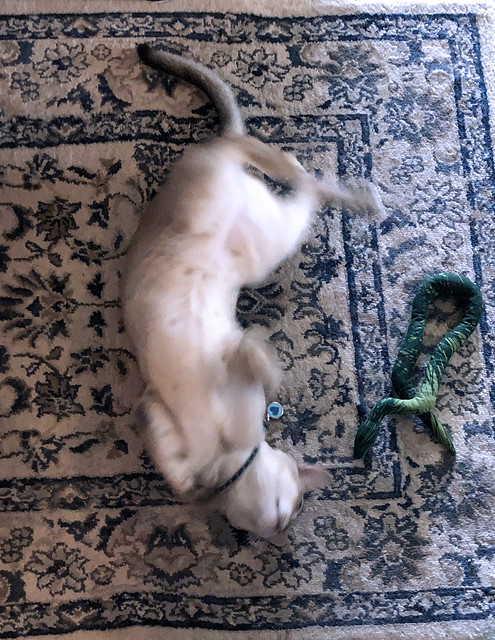 One of Zak’s little quirks is, he loves to roll around on the entryway rugs. I have no idea why, but he does it almost every day…I just haven’t captured it on camera yet. 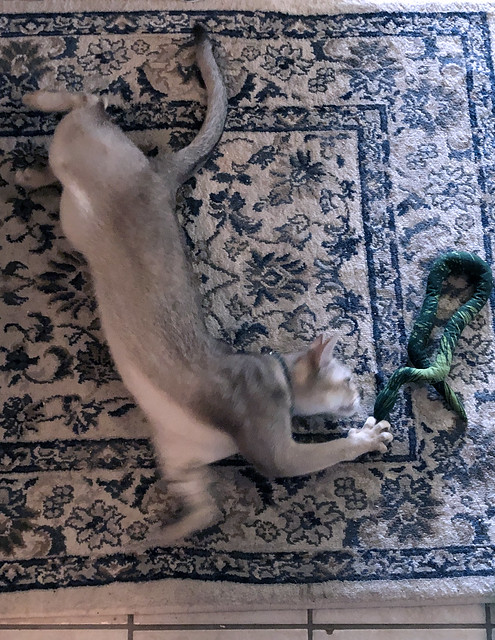 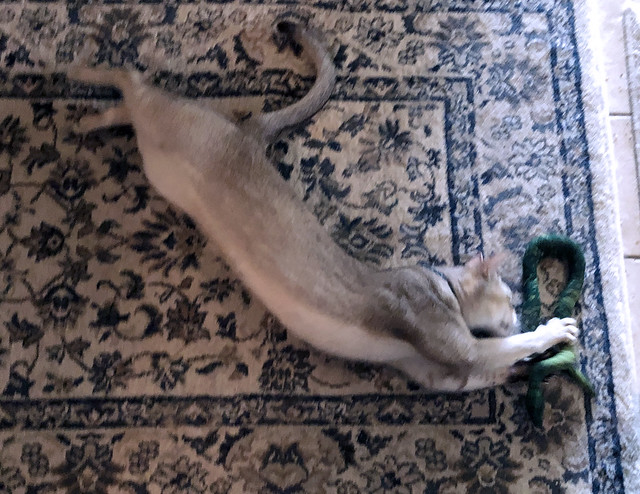 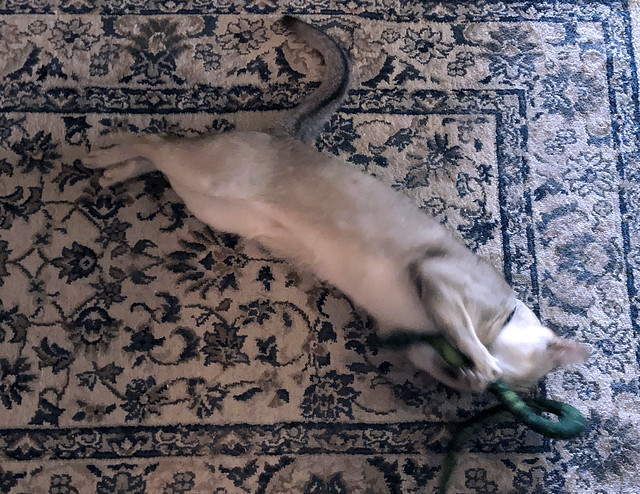 Apparently, rolling about on the rug is much improved with a catnip snake. 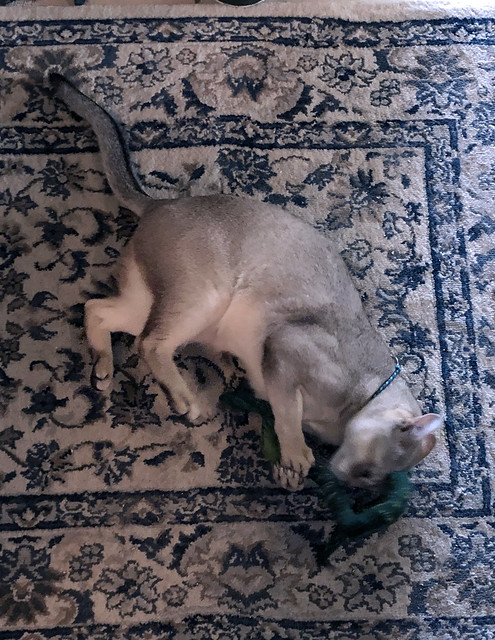 He really likes this snake!

When I posted about the first snake, I lamented not catching it on video. So this time, I made sure to sort that. Here’s Zak in action with Jake’s snake.