I have often commented on this blog that cats go through fads. Suddenly they’ll start doing something they never did before, or haven’t done for ages, and carry on with it for weeks or months…and then, just as suddenly, stop. 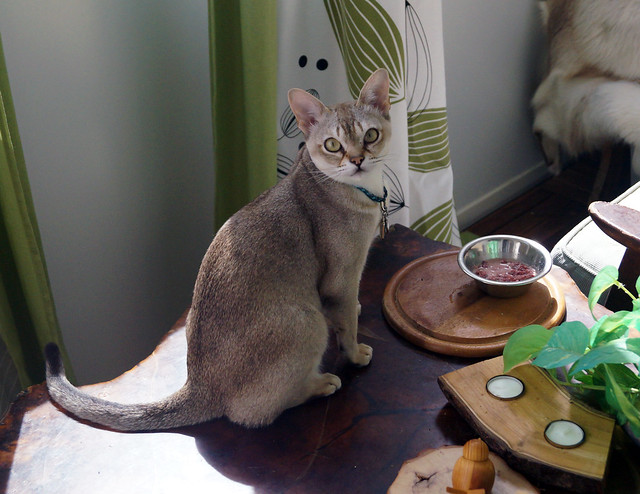 I showed you one such fad yesterday. Out of a clear blue sky, Angel started sleeping on our bed, nestled in the pillows and plushies. She hasn’t done that since we were in Boston. 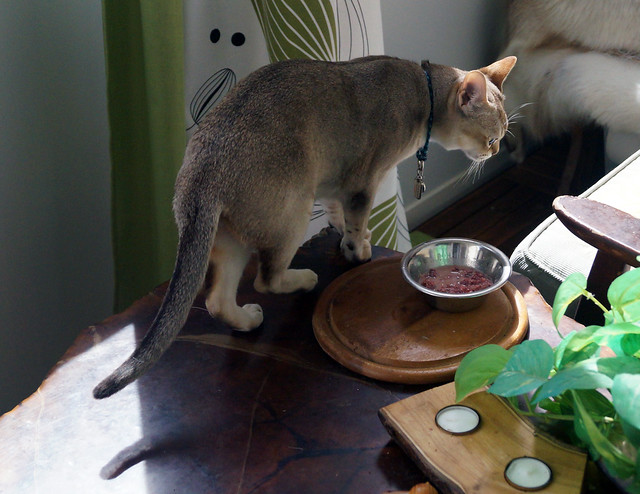 Izaak has, of late, decided he wants to eat his breakfast on the balcony. 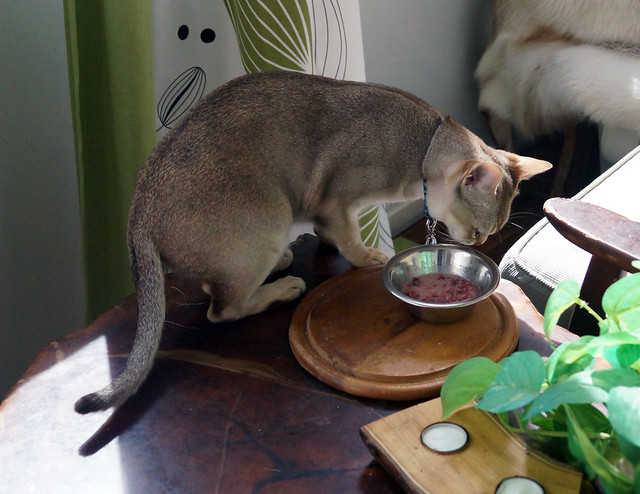 He eats his dinner in our bedroom, and his chicken neck in his Sturdi house…but he demands to have breakfast on the balcony. 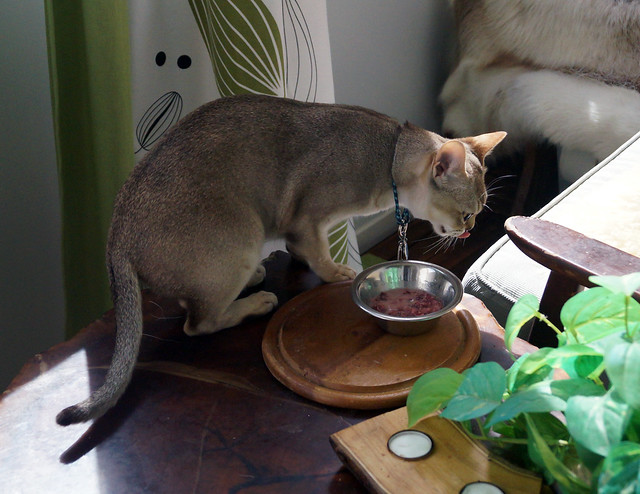 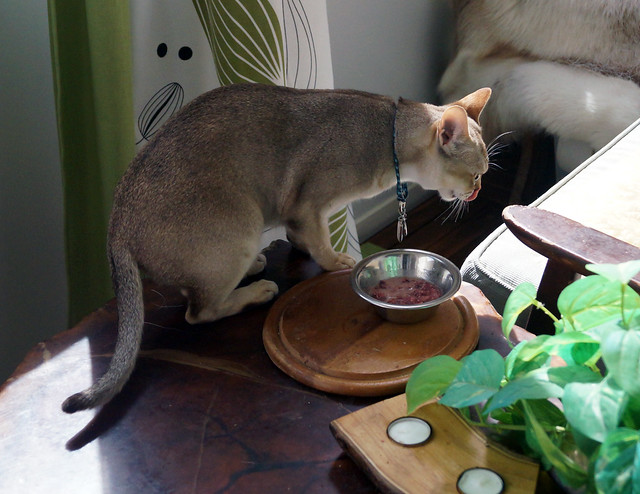 I don’t mind. As long as it’s a place I can close off (because he eats only raw, it’s for his own protection), and he’s eating (he’s a slow eater and tends to be a bit fussy), I’m happy. 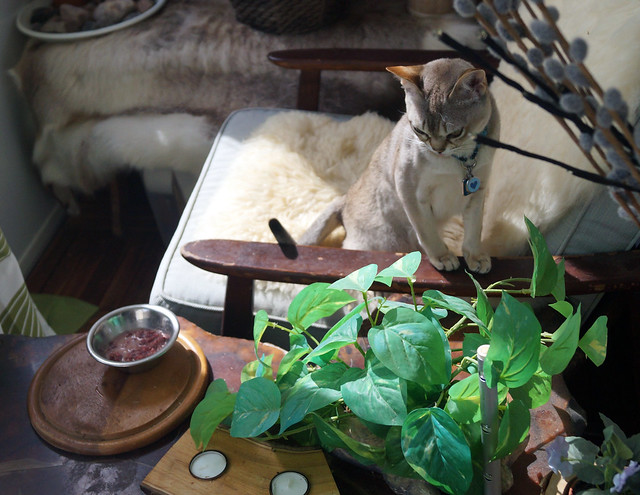 In typical stubborn Singapura fashion, he demanded his food out there. When I was preparing everyone else’s food, he wasn’t a part of the pack milling about my feet. 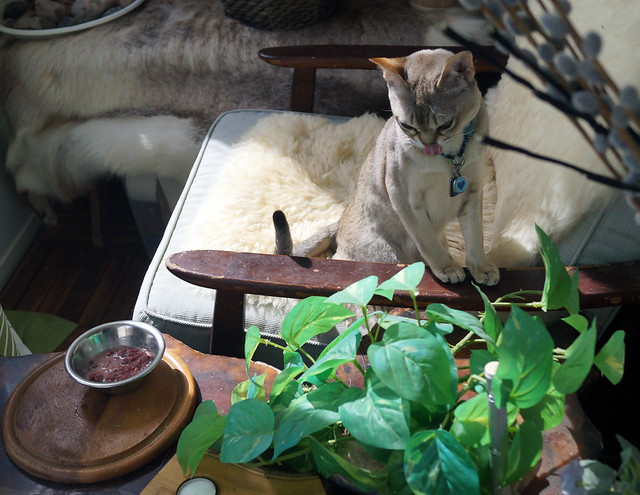 He parked himself on one of the chairs and refused to budge when I called him. 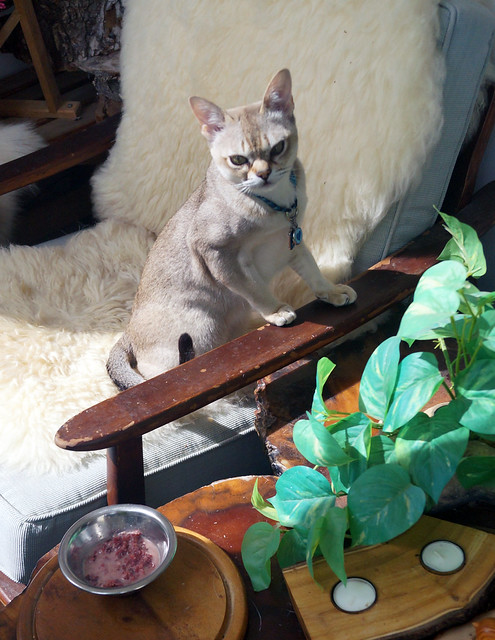 When I came looking for him, bowl in hand, he just looked at me without moving a muscle. 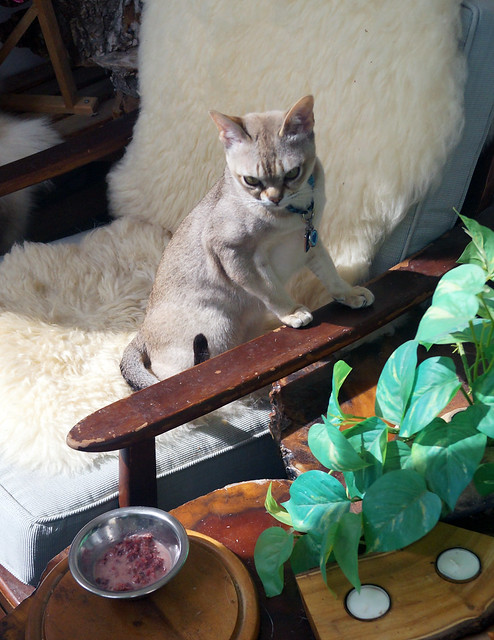 The weather’s been quite lovely lately, and, compared to our dark bedroom (blackout curtains are de rigueur in Sweden), can you blame him for wanting to eat in the sunshine? 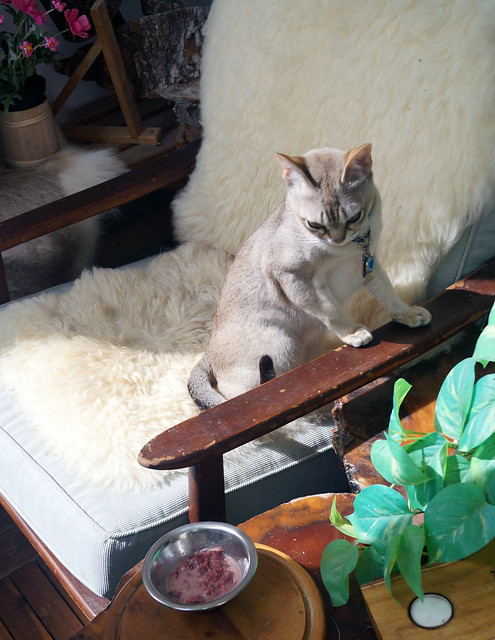 Every morning for about a week now, he’s demanded this routine. 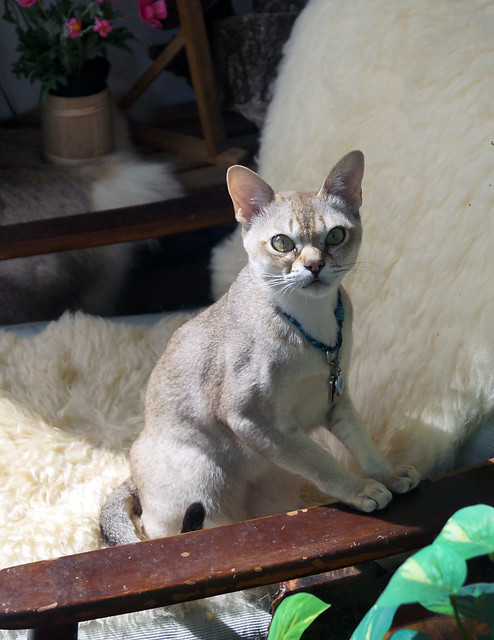 Hey, if it makes him happy…why not? 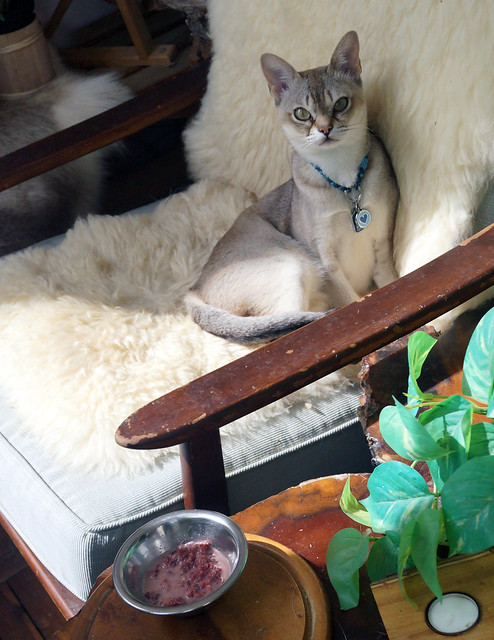 As the cat food commercial says, “Resistance is futile.”