Yesterday, I showed you the cat toys I found in London to bring back for the cats. 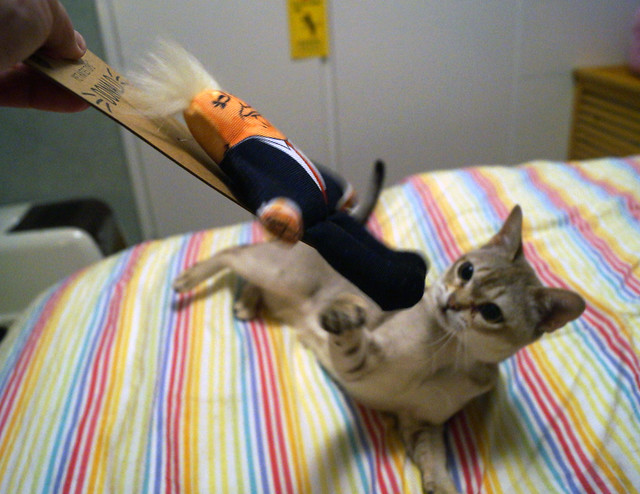 But what did the cats think of them? 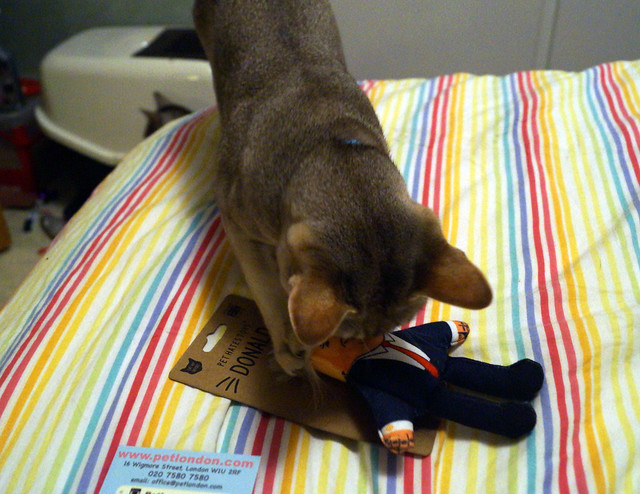 I got our resident soft toy expert, Izaak, to examine them. First I gave him the Donald. 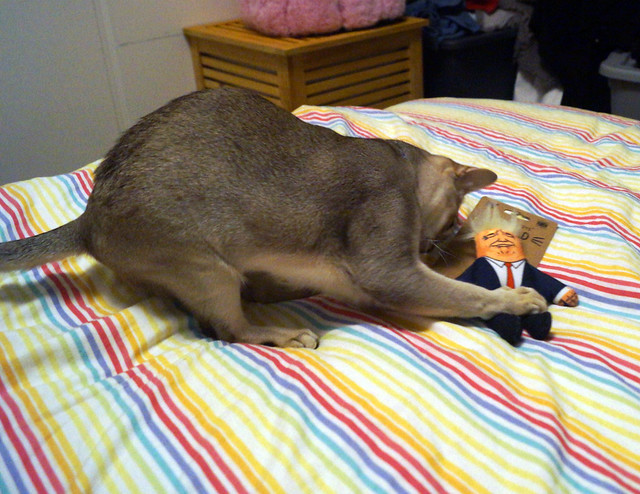 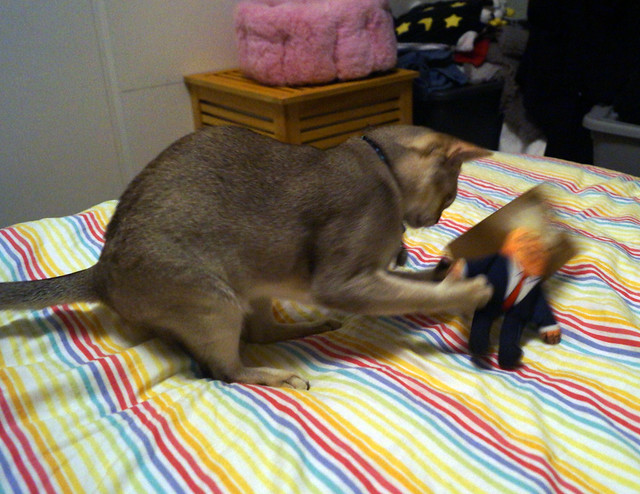 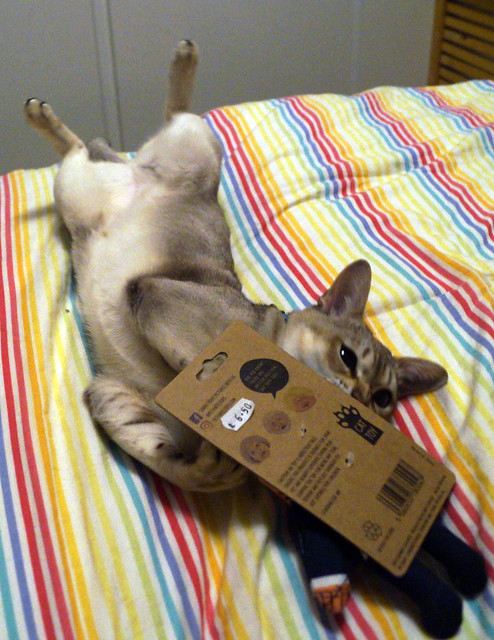 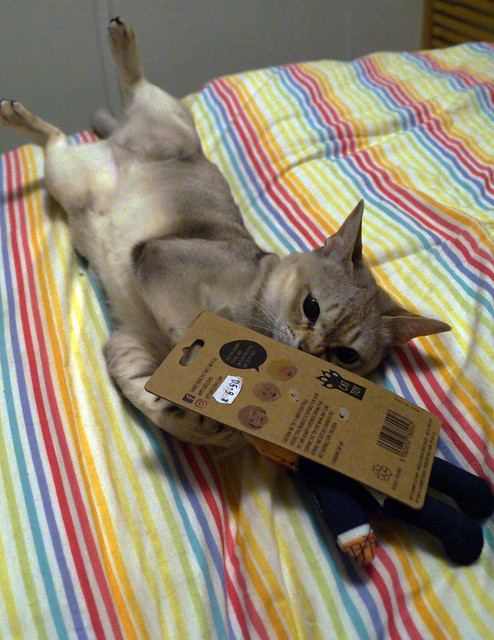 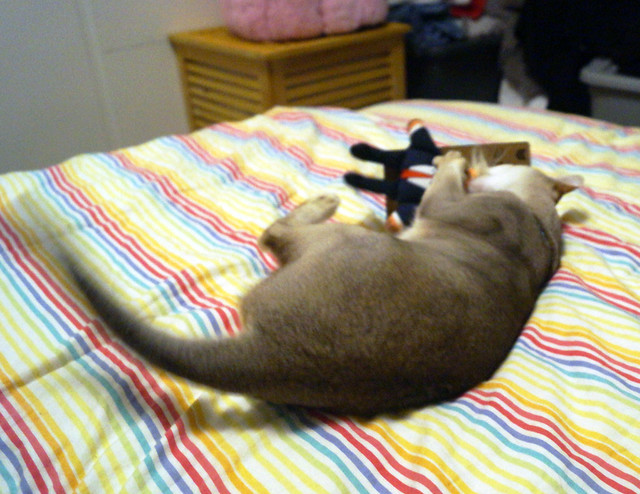 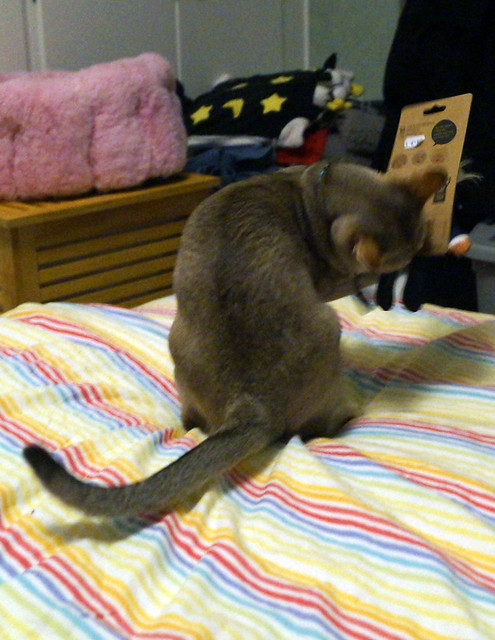 Zak really liked “killing” this toy…even before I had a chance to take it off the cardboard! 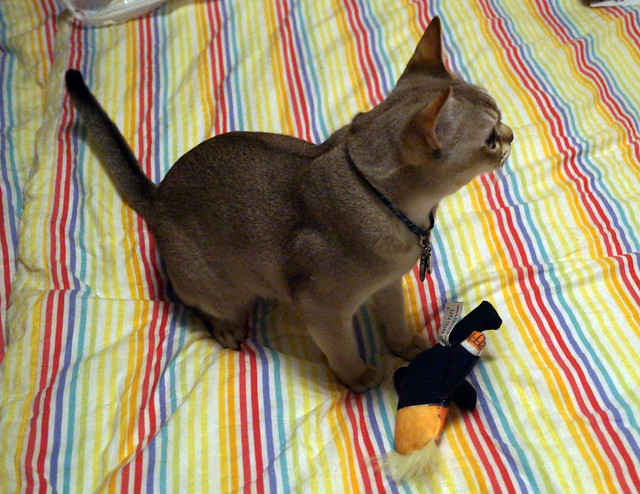 So what did he think of Donald when I took him off the card? 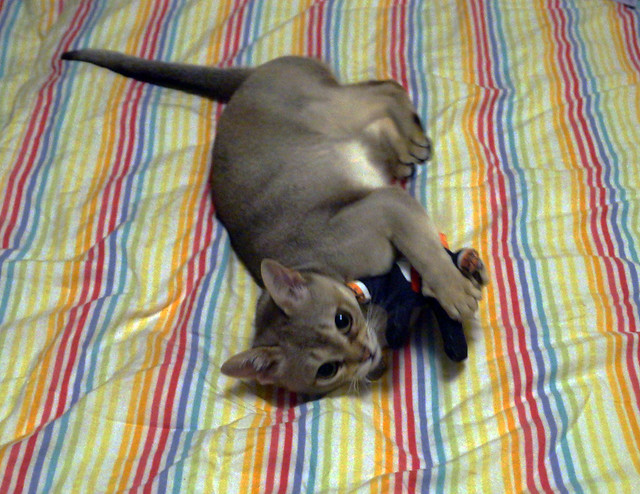 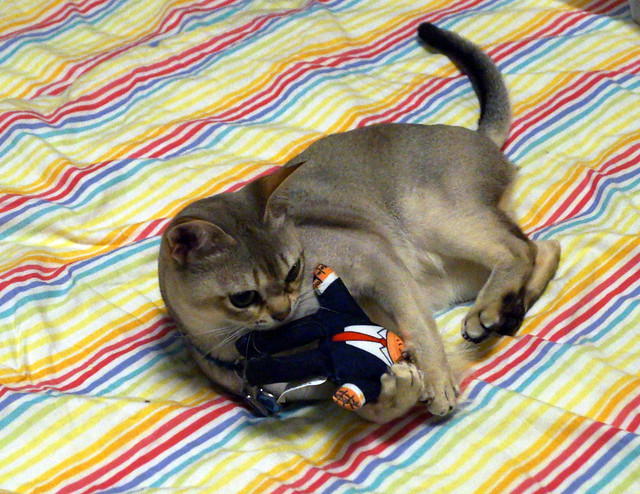 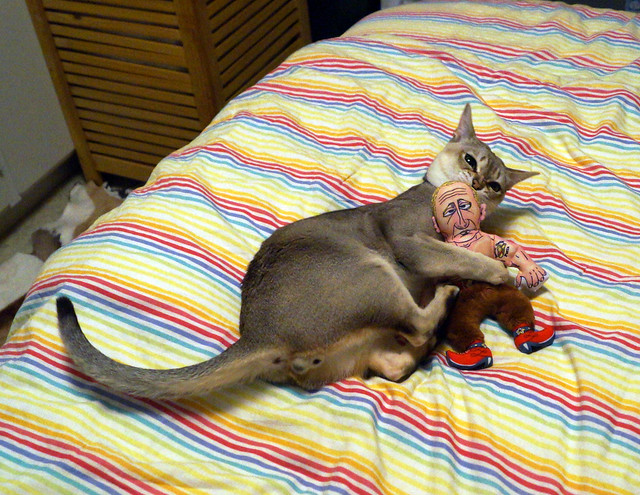 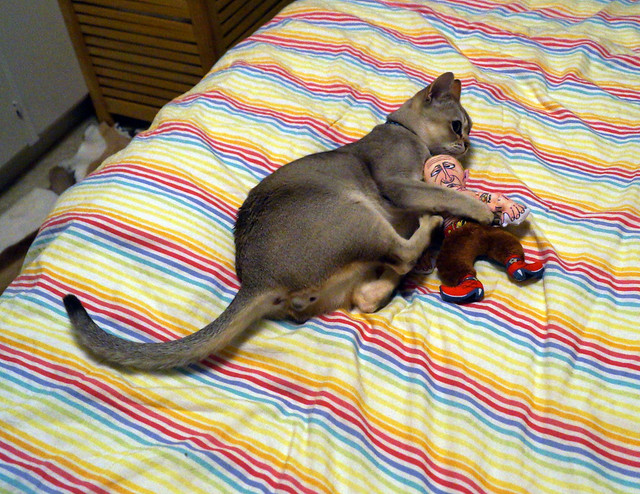 Putin was also a hit. Not as much as Donald, but still worthy of a solid kicking. 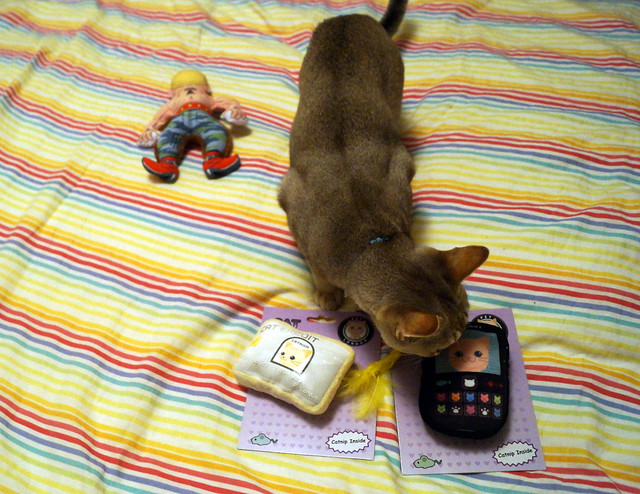 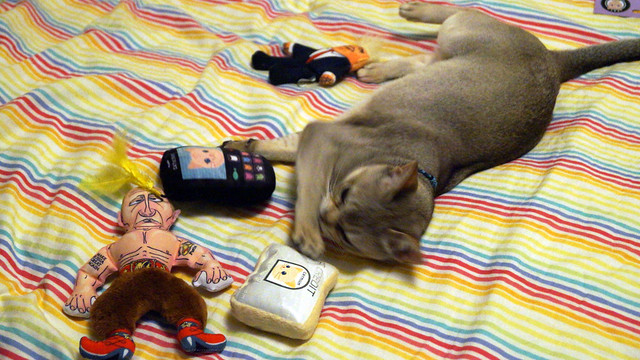 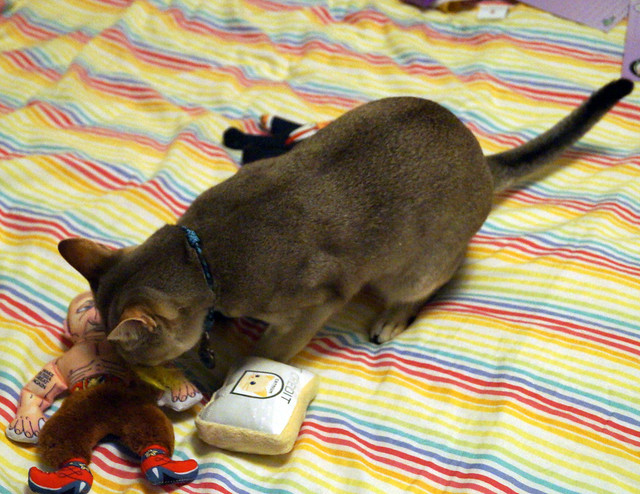 But which was the “best” toy?

ALL of them, apparently! Although I think Zak’s favourite is Donald. The hair probably reminds him of his mousies.

5 thoughts on “Aby-a-Day – 13 Juli: Getting grabbed by a pussy (Silly Singapura Saturday)”