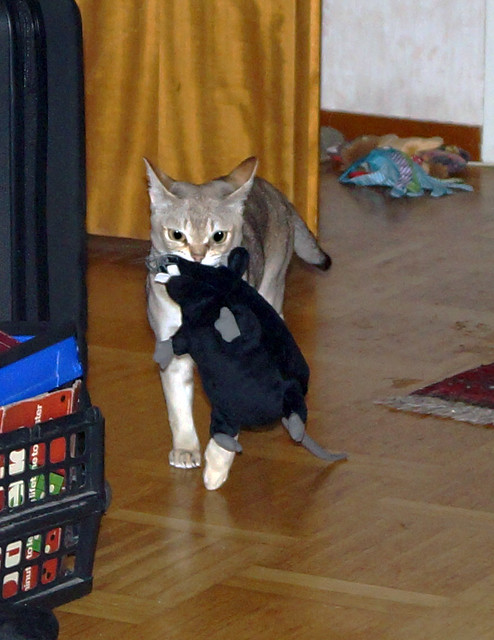 The other day, he wanted us to throw him his rat instead of one of his mousies. 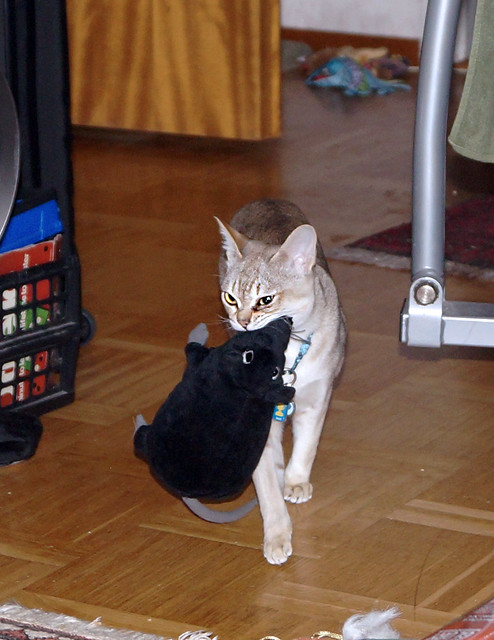 Which, when thrown, were dutifully returned. 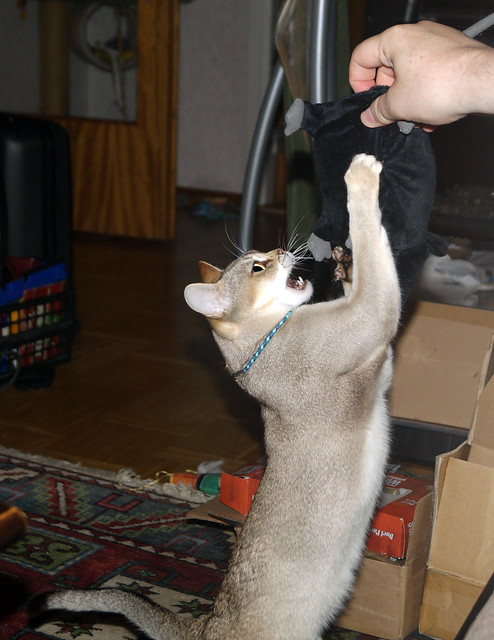 Eventually, though, the whole “throw, fetch, repeat” theme didn’t seem to matter so much on the “throw” part of the scenario as far as Zak was concerned. 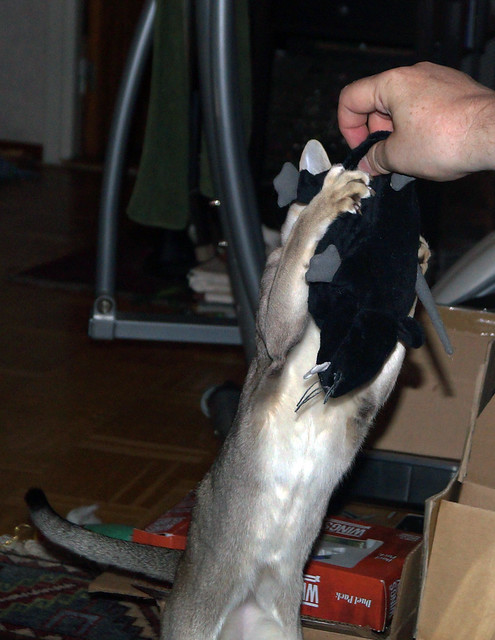 I guess he thought that if he killed the rat ahead of time, he wouldn’t have to fetch it and bring it back?