Lately when we’ve taken the three younger cats out, we think about how it will be when we add Dashiell to the mix, and start teaching him how to outside. And then, too, I’ve been thinking about how Angel would enjoy going outside with us offleash. 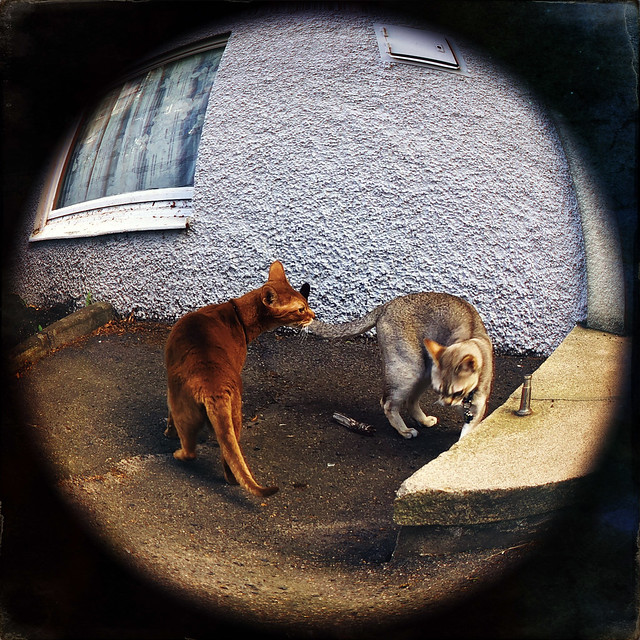 Today, when I was letting Izaak, Lorelai and Alfred out for a bit, Angel acted interested in going out, too. 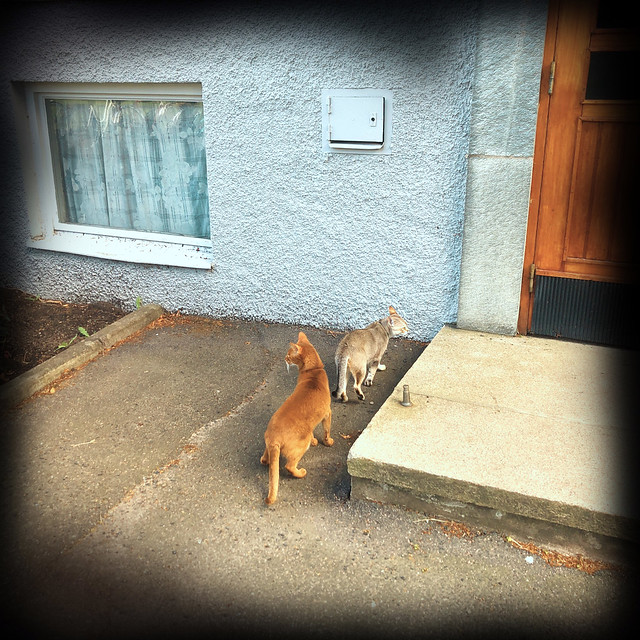 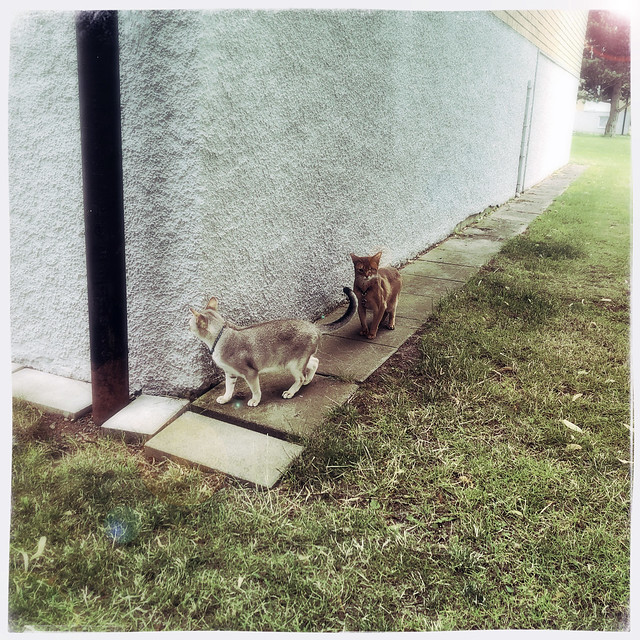 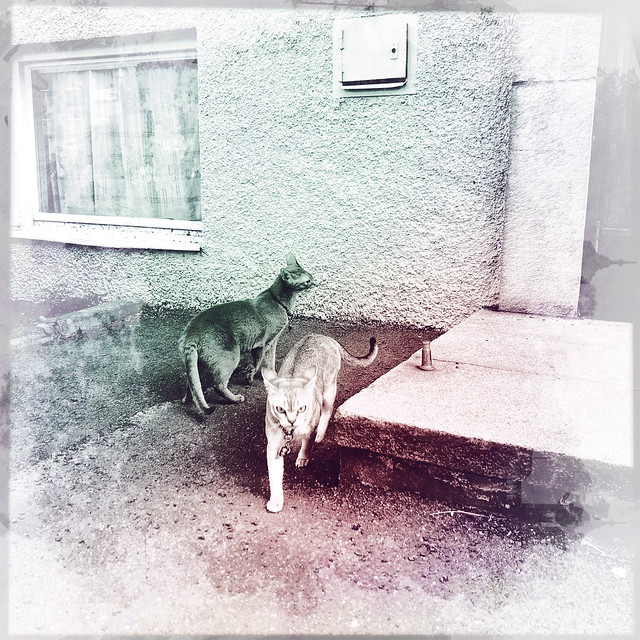 At first, she stayed close to the building, with Zak. 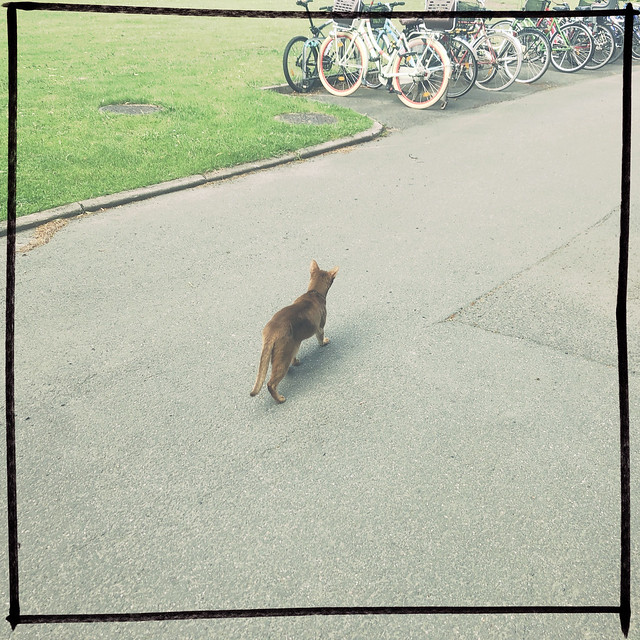 But then she got more adventurous and struck out on her own. 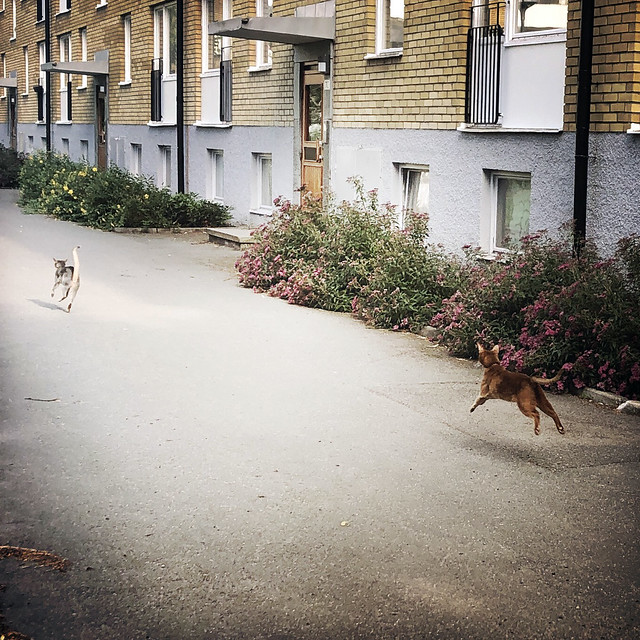 And after that, she started to RUN! 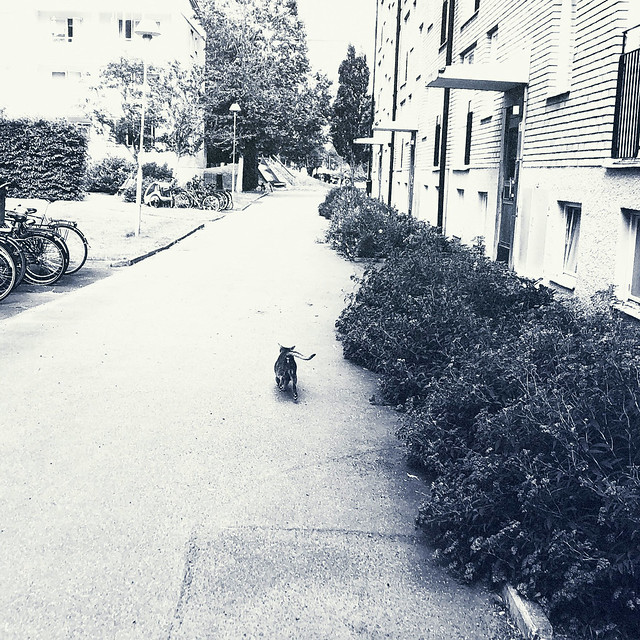 It was so much fun watching her outside with everyone else. 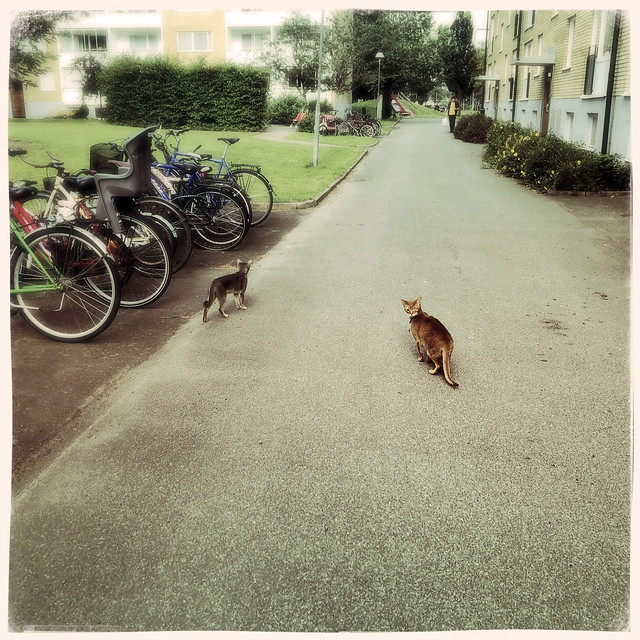 Rory seems to be the one other cat Angel is most friendly with, although she likes the boys as well. 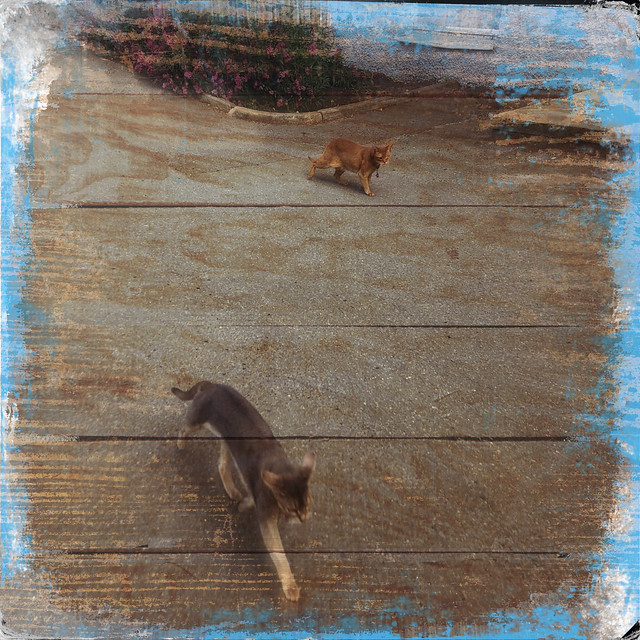 But Rory is Angel’s best friend. The one she plays with. 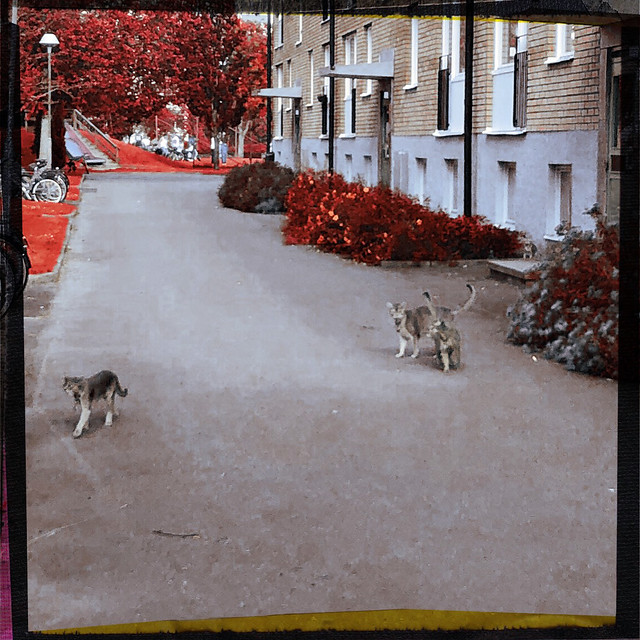 Freddy joined the girls on the driveway. 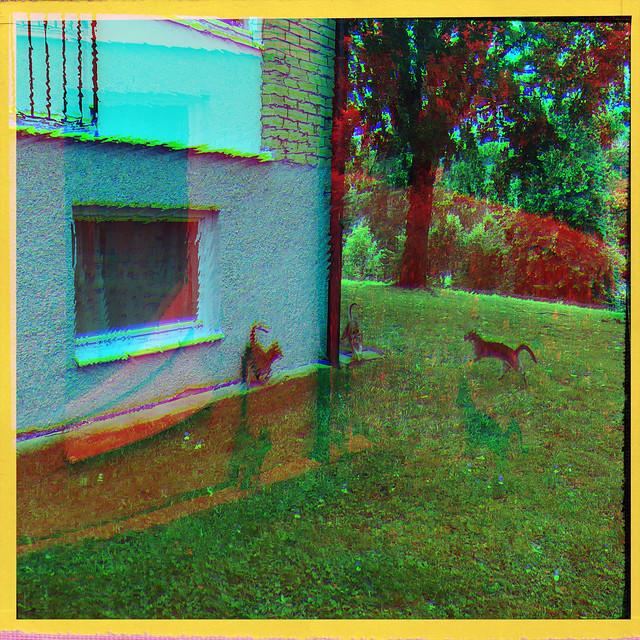 And then the three of them ventured out onto the big green open. 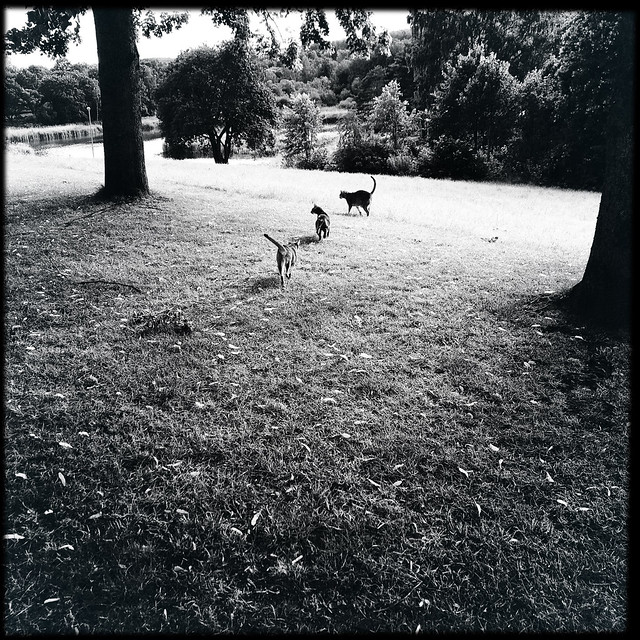 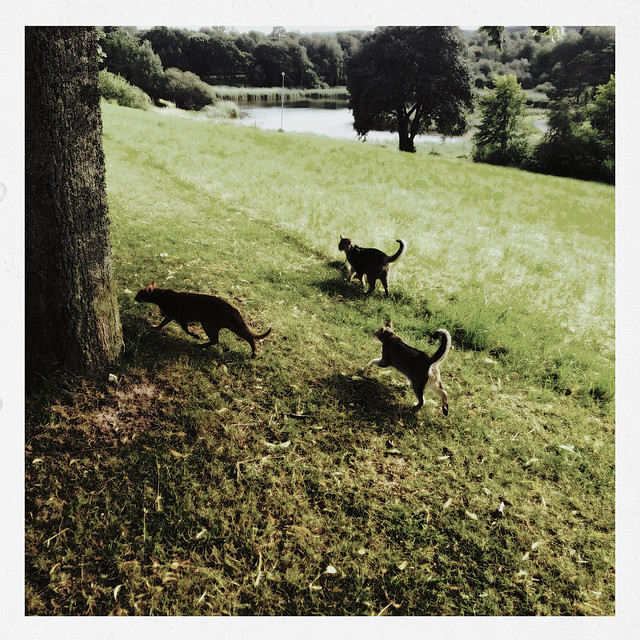 Angel never ran down the hill, the way both Freddy and Rory eventually did, but she did explore outside with all three of our other cats. 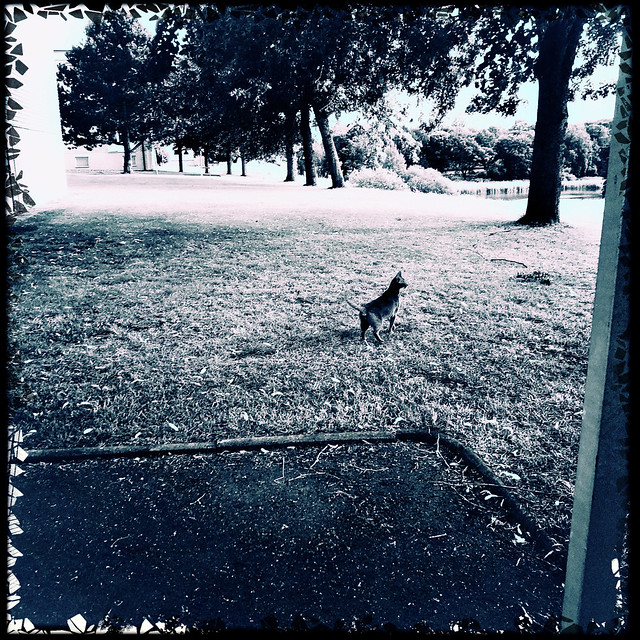 It was pretty great to see her outside, exploring. 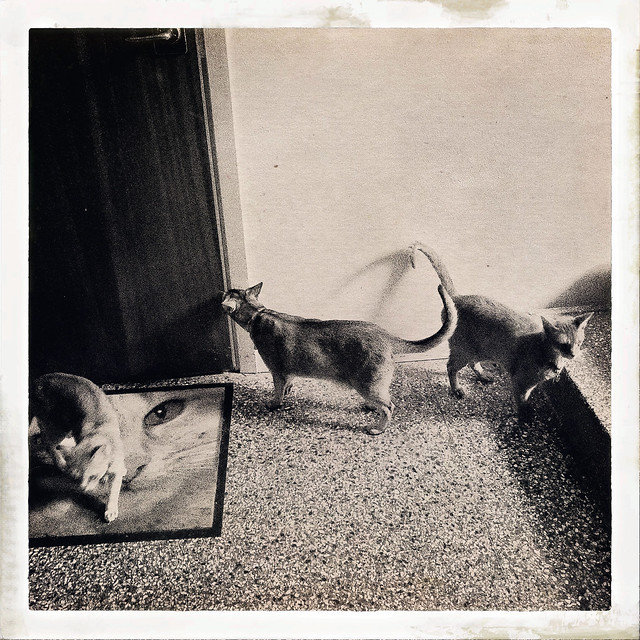 And then, when they were done outside, they all brought themselves back in the building. 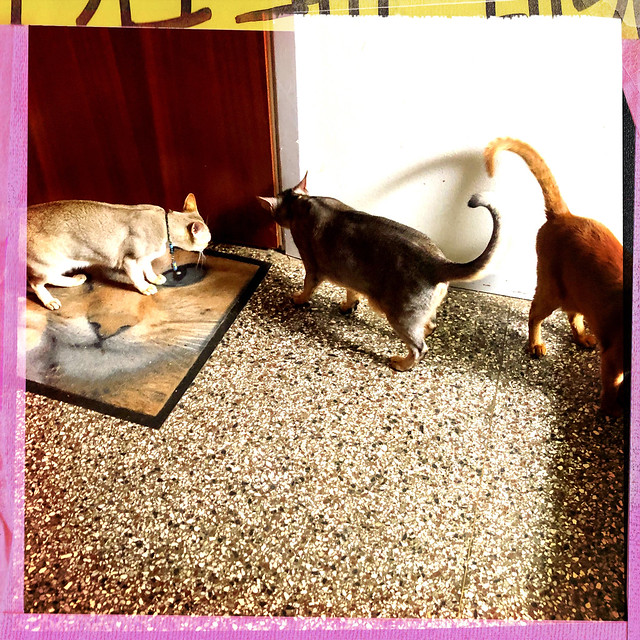 Angel is becoming more and more “one of the gang” the longer she lives in Sweden.

4 thoughts on “Aby-a-Day – 22 Juli: You CAN teach an old cat new tricks!(Hipstamatic Monday)”