One of the comments on Monday’s post was, “Well, I’m waiting for the day when one of them has a whole bird!” 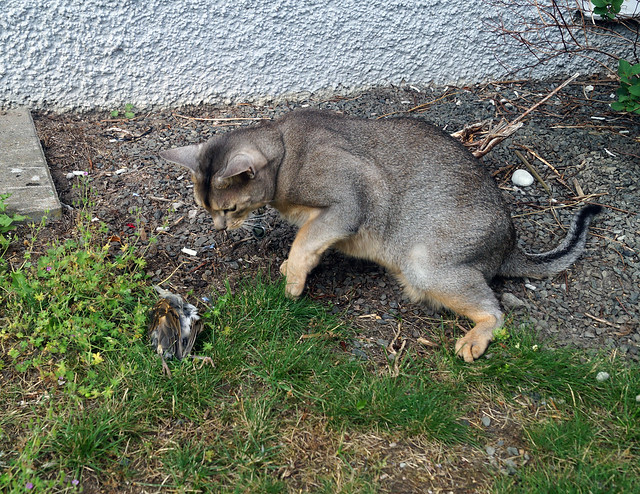 Well, the other day, Alfred came out of the bushes with…a dead bird! 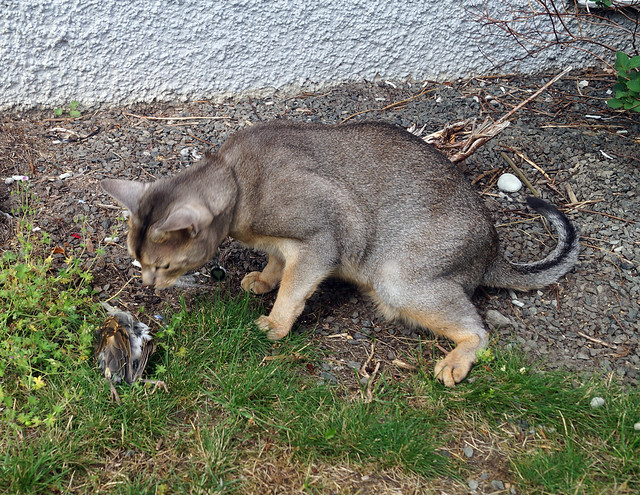 After a little examination, it was a young thrush. I am not entirely sure if he caught it himself; I did hear some squawking and a couple of adult birds flew out from the bushes. 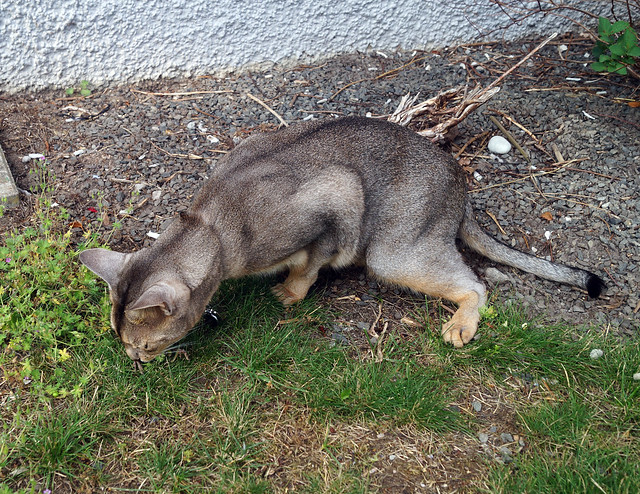 But the fact that it didn’t have a head, and he didn’t try at all to eat it. He just sniffed it and played with it a little. 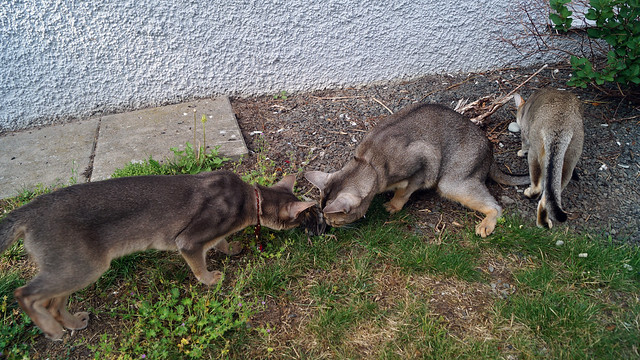 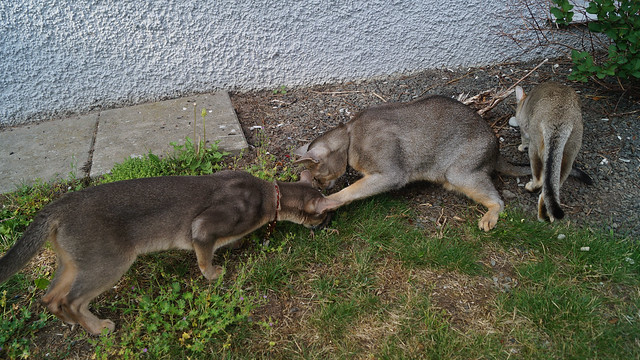 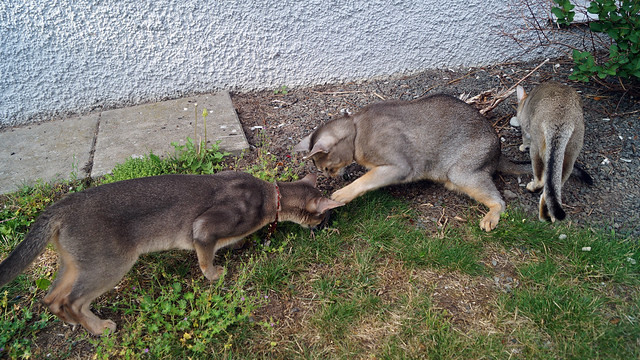 …he was pretty protective of it when Lorelai and Izaak wanted to look at it. 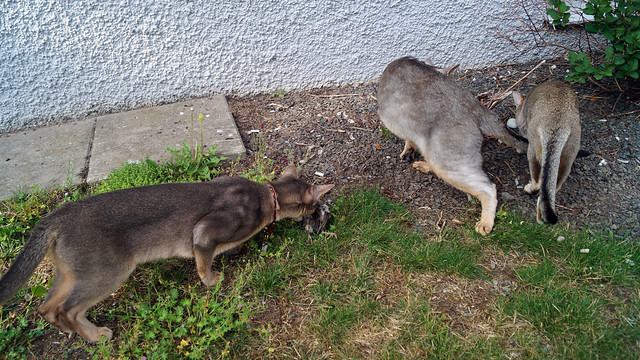 Eventually, he either got bored or went to see if he could find another one, and Rory got a chance to investigate it. But she didn’t try to eat it, either. 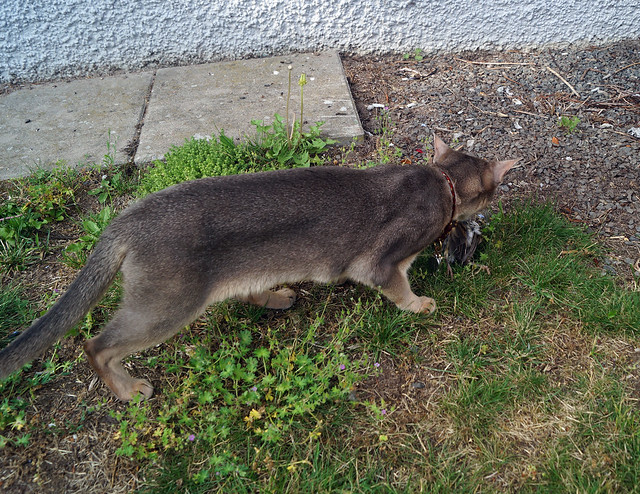 Cats don’t eat spoiled meat or carrion…and it wasn’t warm, so I’m pretty certain Freddy just found it. She just sniffed it. She didn’t even touch it the way Freddy did. 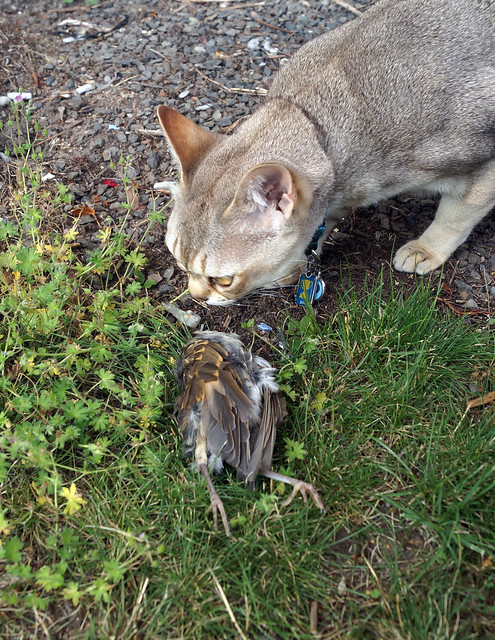 Zak was the least interested in the bird of the three. 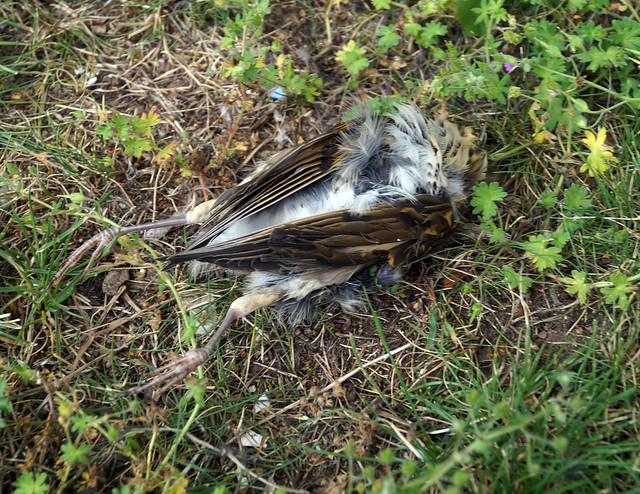 I wonder if the bird flew into one of the apartments’ windows. It happens around here; a couple of years ago, a jackdaw flew into our living room window – wicked hard. We were sitting right there and the bang was so loud it scared the crap out of us. That could explain the head. 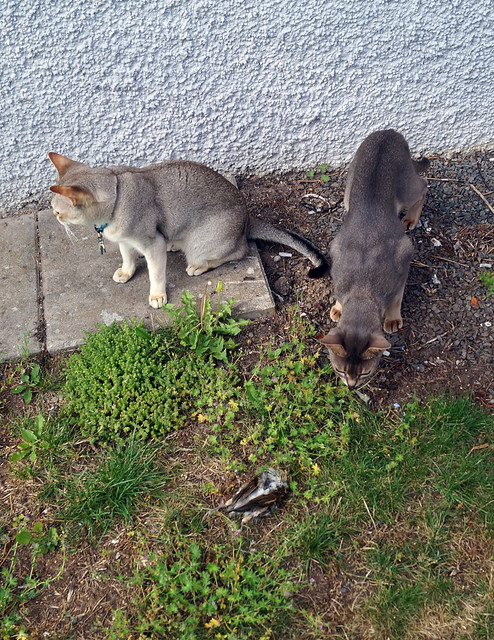 After I took the above close-up of the bird, Rory’s interest was rekindled. 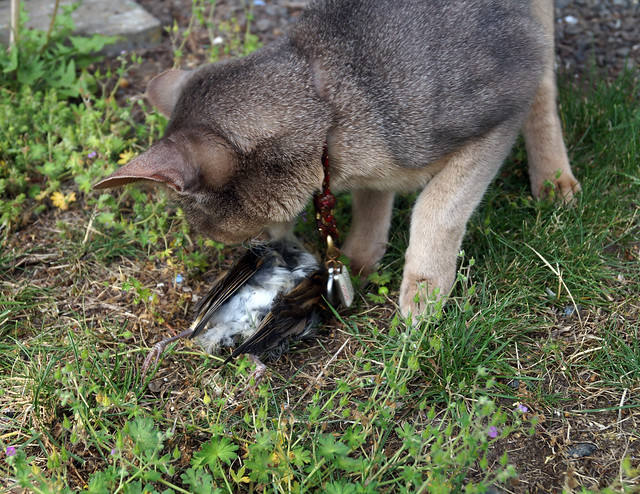 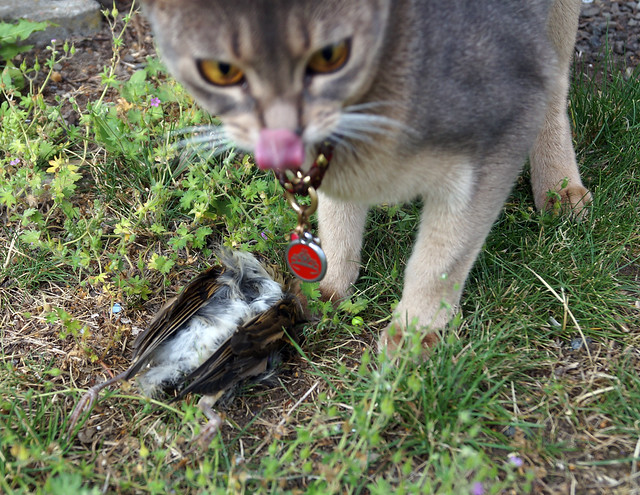 It may look like Rory’s making a “tasty-tasty yum-yum” face, but I think a feather tickled her nose. 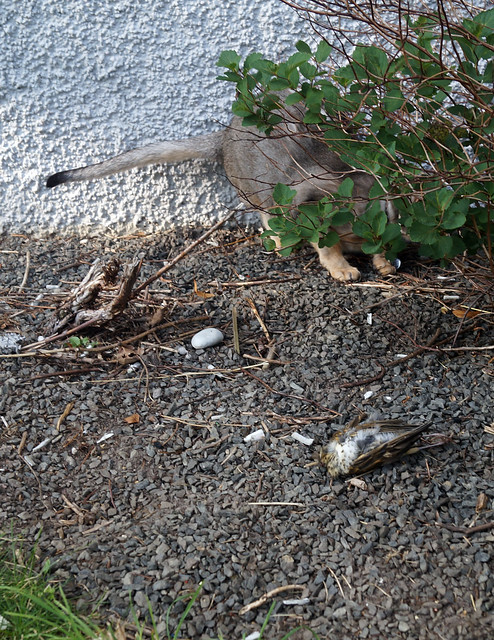 I tried to toss the bird’s body back into the bushes, but that made Freddy go back to try to find it. 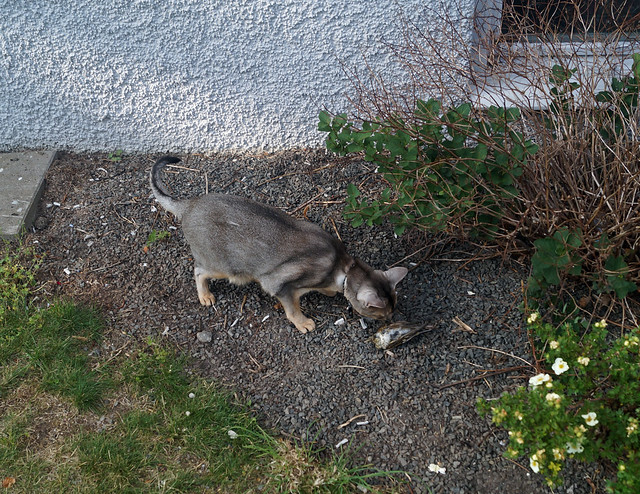 So I went and fished it back out, mainly to get Freddy out of the bushes (it had landed in the top branches). He wanted to look at it again. 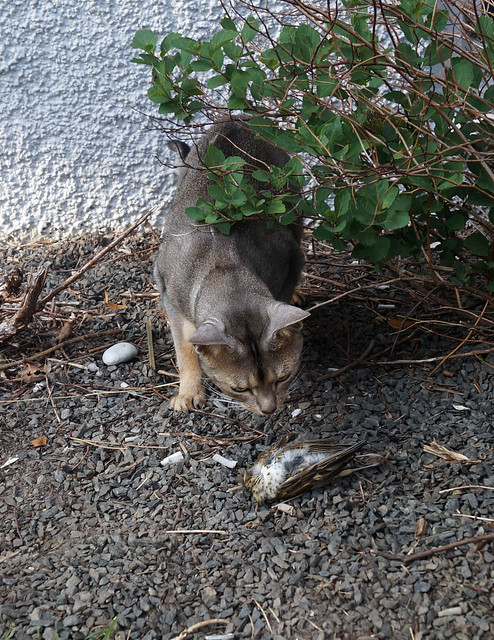 This time, he studied it like a scientist. Eventually, when he wasn’t looking, I took the bird farther away and left it a ways down the hill. Maybe the fox will find the little snack. 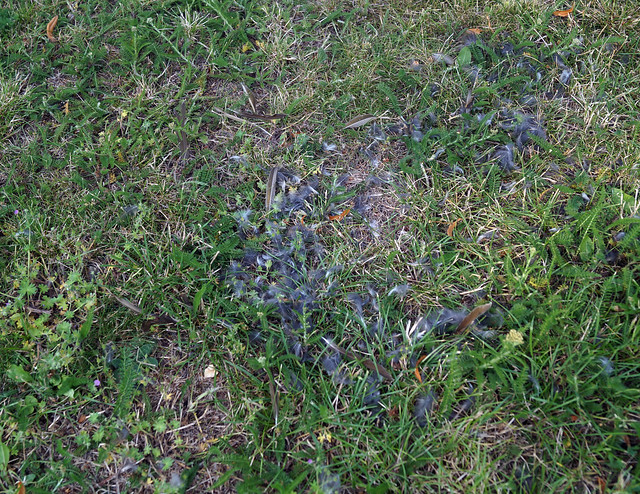 It was a bad day for birds, though. In another spot in the grass, we discovered the aftermath of another bird-predator encounter. This time, I think the bird was eaten.