Yesterday was…interesting. We were supposed to meet Meg, Russell and Dashiell at Helsinki International Airport at 17:15. 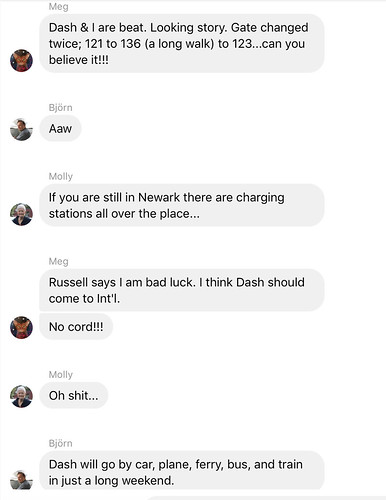 That…did not happen. Their flight from Newark was delayed, and they ended up missing their connection in Frankfurt to Helsinki. 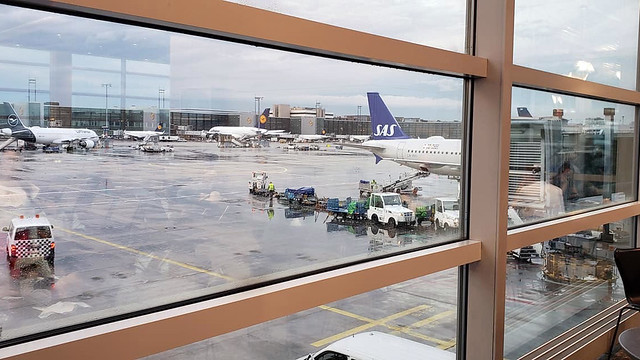 This is the photo Meg sent me when she finally got to Frankfurt. 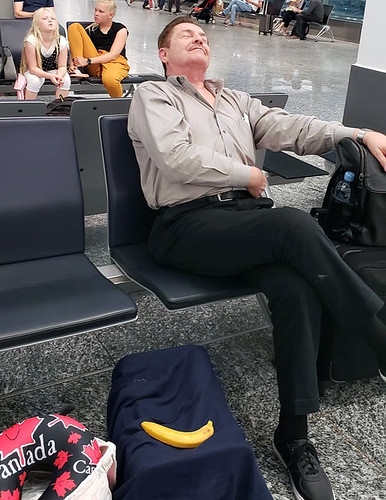 And here is Russell with Dash (under the banana), waiting for the connecting flight. 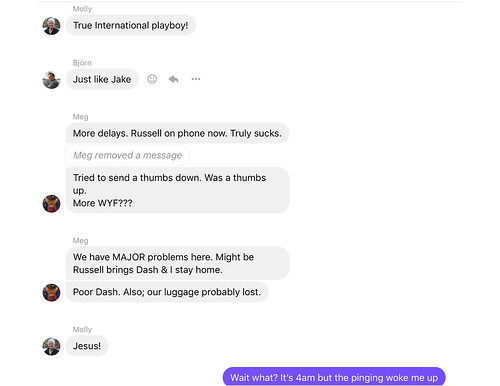 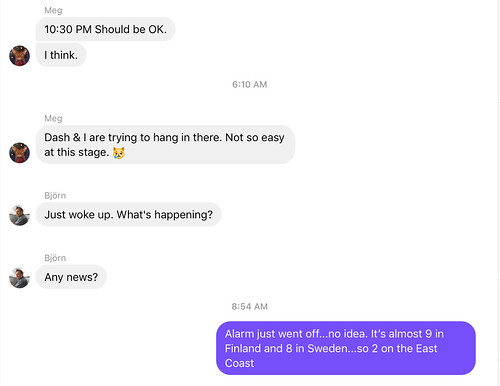 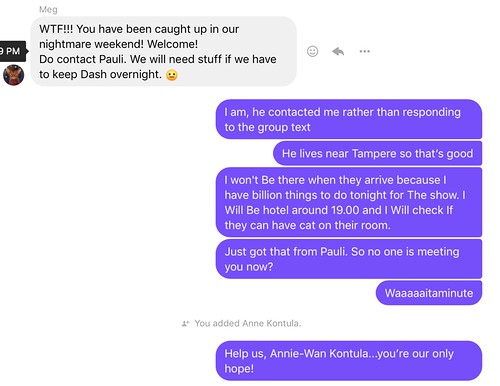 Above is the Facebook Messenger conversation we had about meeting up and collecting Dash. FINALLY I got the bright idea to include my friend Anne, an Aby breeder who happens to live in Helsinki near the airport. We had booked a hotel in Tampere, two hours away from Helsinki, which was supposed to be the show hotel, but it got overbooked because of a German heavy metal band who were having concerts nearby. Turns out, we might have been able to cancel our “non-refundable” reservation…but, yeah. 20/20 hindsight.

But we had to drive to our hotel, so there was no way we could be at the airport to meet them and collect Dash on Friday. 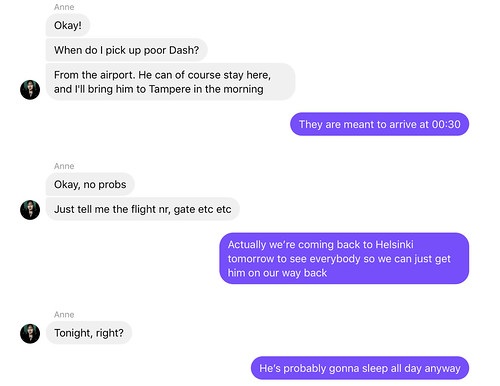 So my hero friend Anne met them at the airport instead. 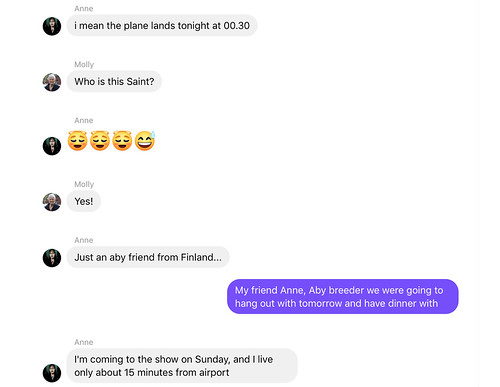 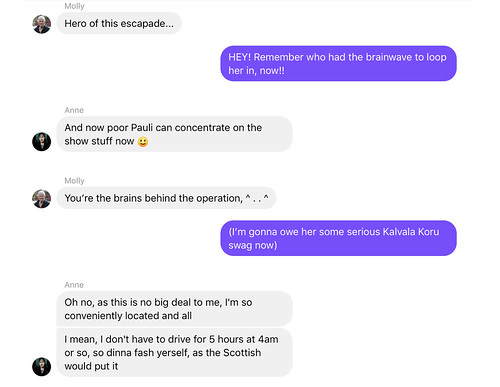 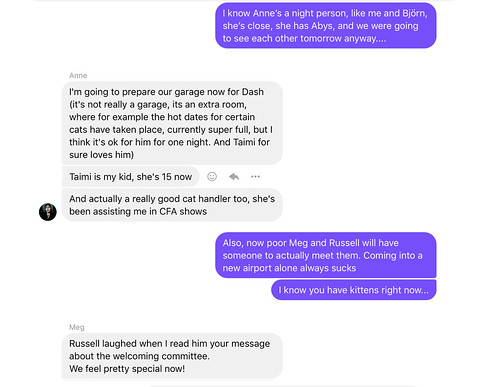 They landed sometime after midnight, and my friend Anne was there to meet them. 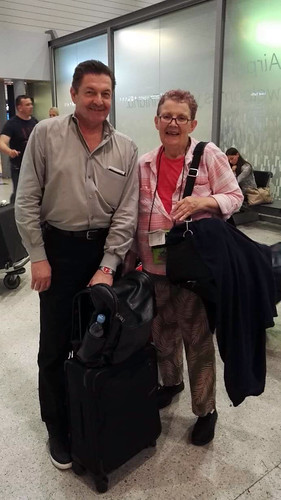 This is all of them, taken by Anne, at sometime around 1am. At this point, Dash had been in his carrier for 30-something hours. 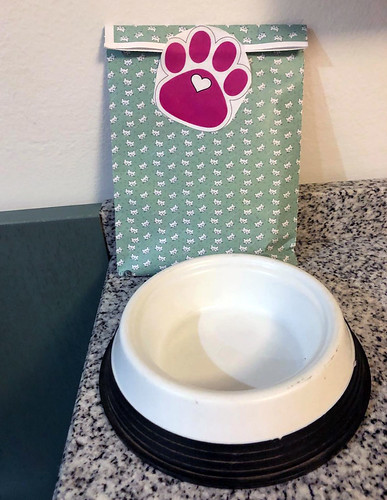 Meanwhile, our hotel had been notified that we would be arriving with a cat, so they prepared a little gift for us: a packet of wet food in the cutest little bag. 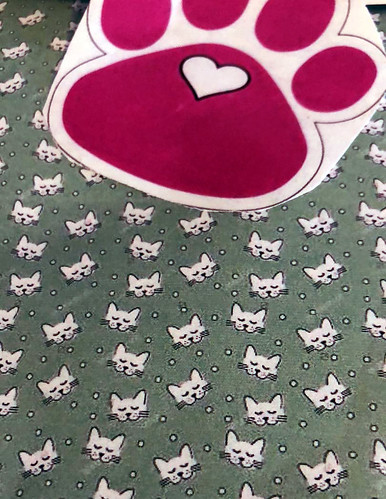 Look how cute the print is on the bag, all little kitty faces! I just wish we had had Dash that first night. 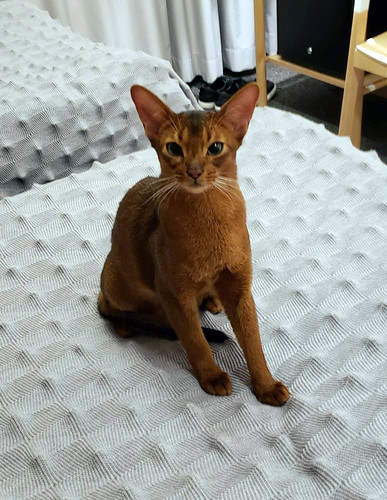 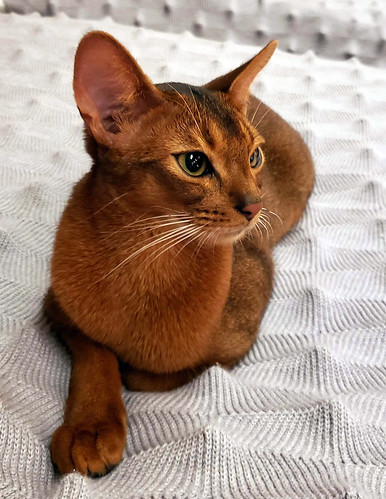 But here he is on Meg’s bed, happy to finally be out of that carrier!