On Sunday, we spent some time at the cat show in Lempäälä (near Tampere) that Russell and Carol, along with my friend Pam, were judging. Because we had to catch the ferry back to Sweden at 16:45, and it was a long drive from the show hall to the ferry terminal, we couldn’t enter Dashiell in the show – it didn’t matter, pointwise, because he’s still a kitten, and exhibitors aren’t allowed to leave until the show’s posted closing hour. But that didn’t mean we couldn’t drop by for a visit. 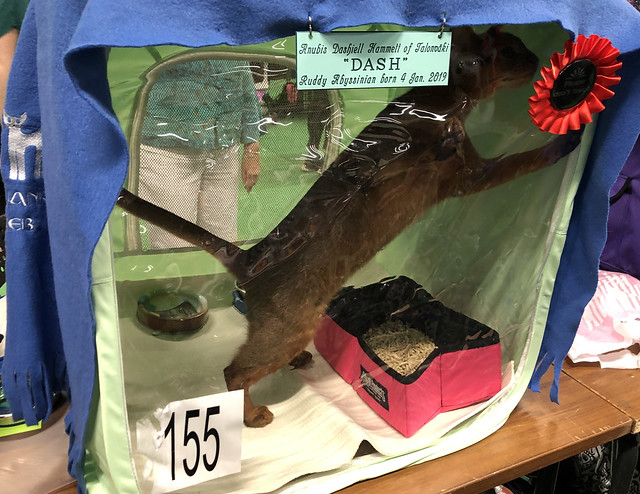 It was a very small show, held in a shopping mall (which was actually rather cool). One-day shows in CFA aren’t common, but they happen; however, I don’t think I’ve ever seen a show with only three rings! 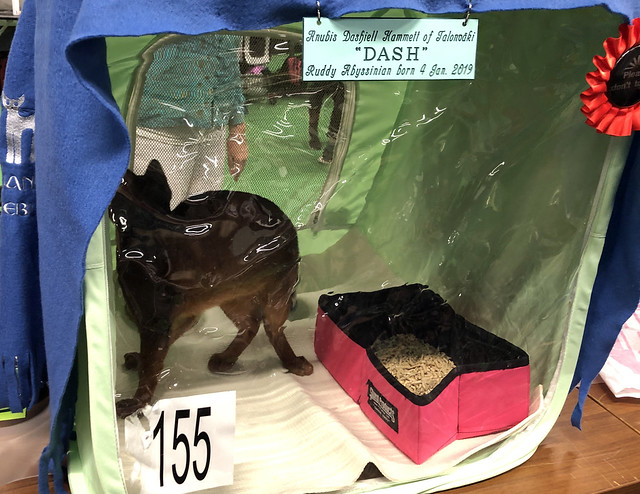 My friend Anne set us up with a small pop-up tent and a litter box for Dash. While in Sweden, people mostly use the metal show cages and spectators view the cats on the same side of the cage as the exhibitors, in Finland, people use SturdiShelters and pop-up tents with a clear back, and the spectators view the cats from the back whilst the exhibitiors sit with their cats by the cages’ doors. It feels a bit strange, not really being able to interact with the people coming to see the cats except over the top of your cage. 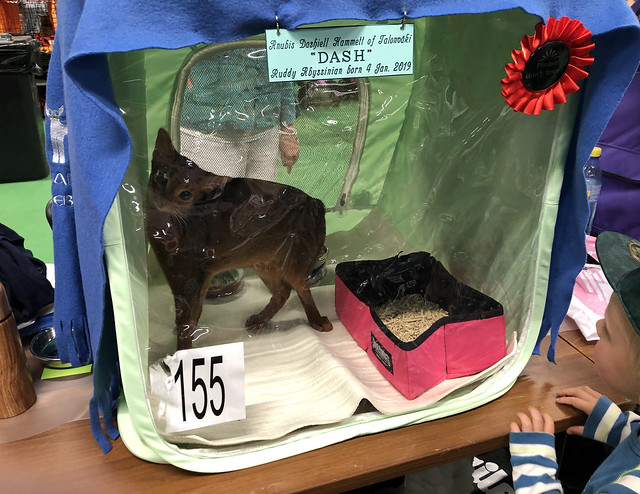 Dash has been to shows before, so he knew what to do. 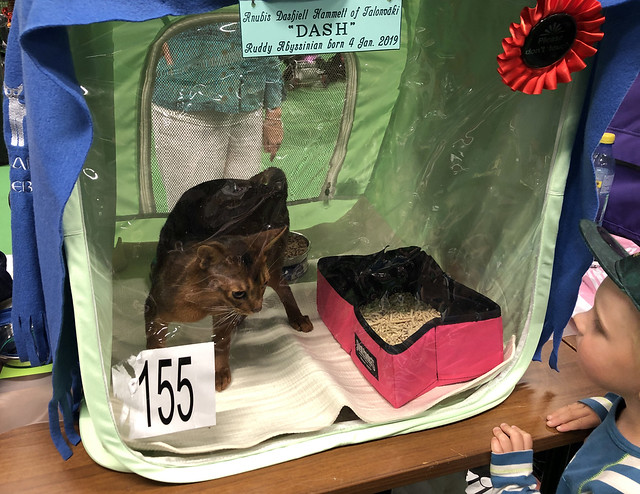 He was very interested in this one little boy who stopped to see him. 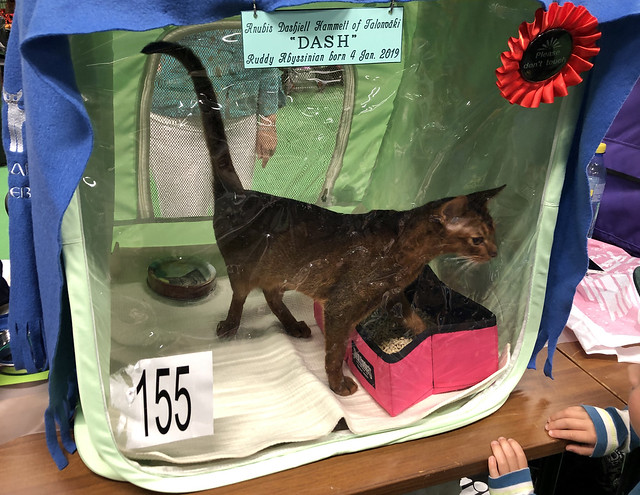 Dash wanted to make friends with the kid, but it’s hard when you’re behind plastic. 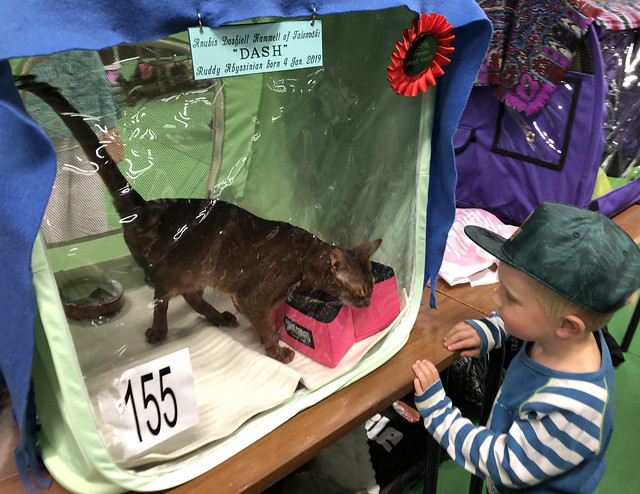 If it had been a metal cage, Dash would have reaching out to touch the boy. 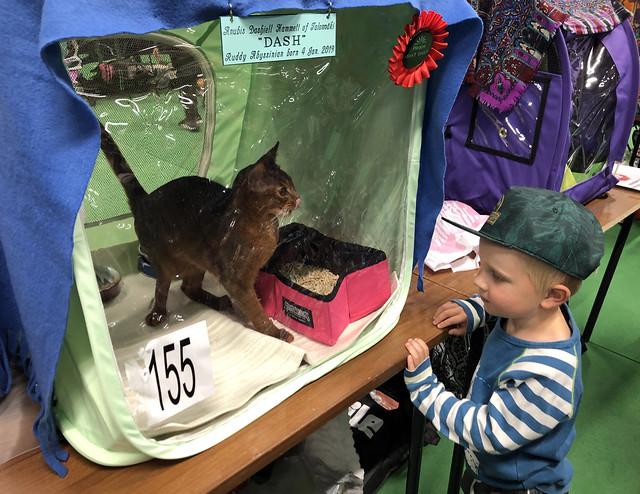 I think both kitten and child were equally fascinated with each other. It was adorable. 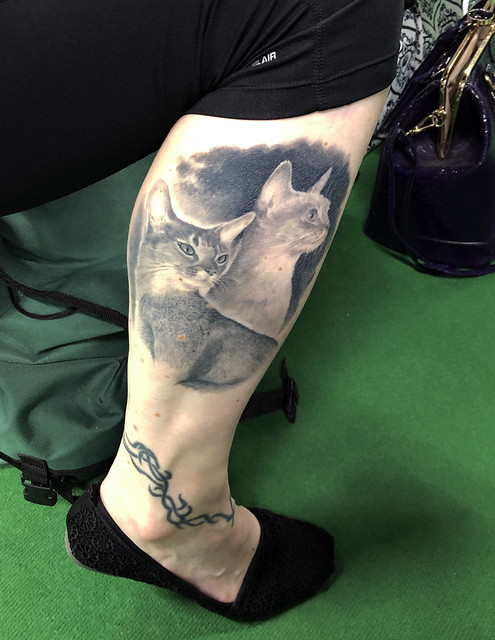 We were only able to stay for about an hour and a half (the show, being so small, didn’t start until 11), but it was nice to hang out with Meg and Anne a little bit more. I also managed to get a photo of Anne’s stunning tattoo…isn’t it lovely?