After the long drive from Lempäälä to Helsinki, Björn dropped Dashiell and I off at Olympia Terminal where we waited whilst he returned our rental car. 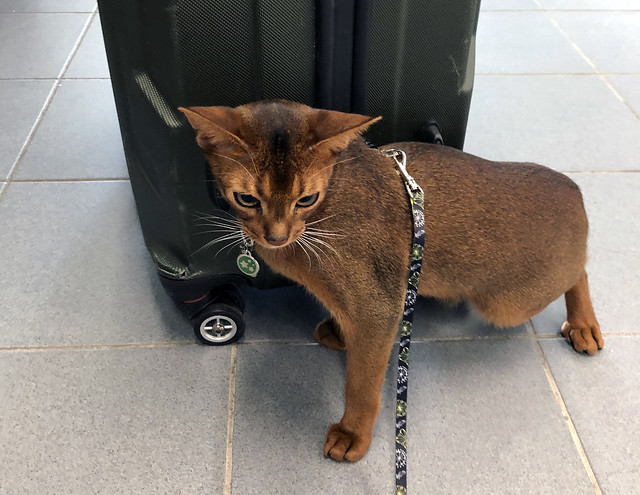 This was Dash’s first time with a leash and harness, and he did really well. 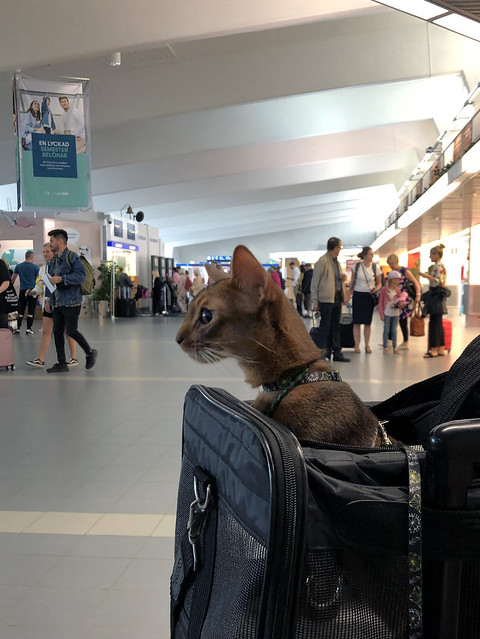 But mostly Dash wanted to be in his carrier. Despite having been in that thing for 30 some hours on the trip to Finland from Newark, it represents safety and security to him. Which makes sense; it’s just like Jacoby’s attachment to his stroller. 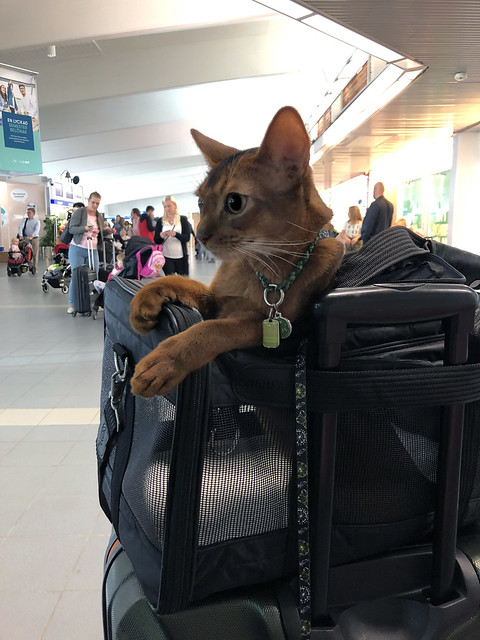 He was happiest when the top was open, so he could look around. 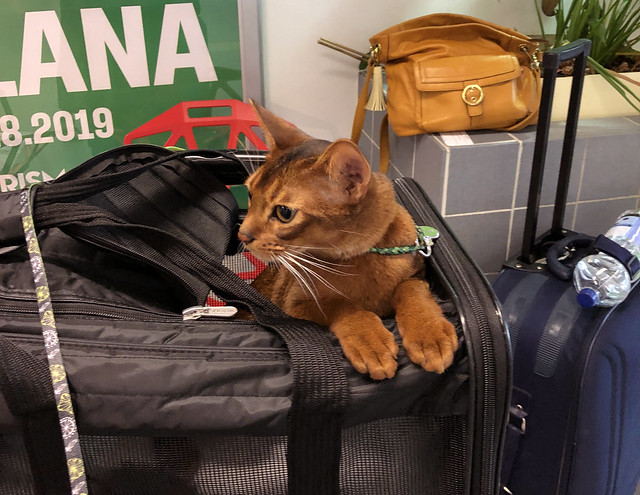 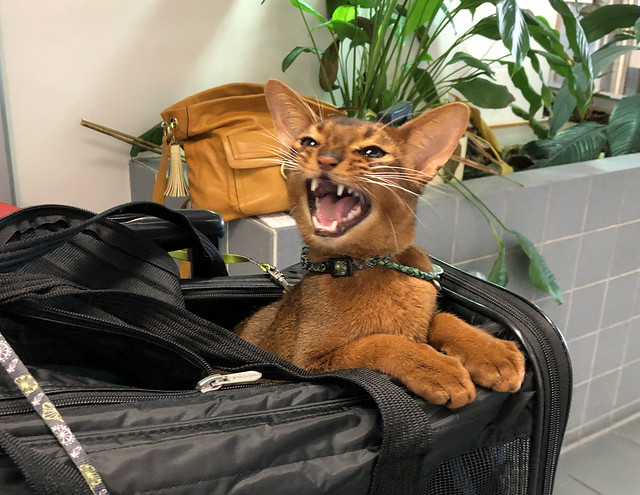 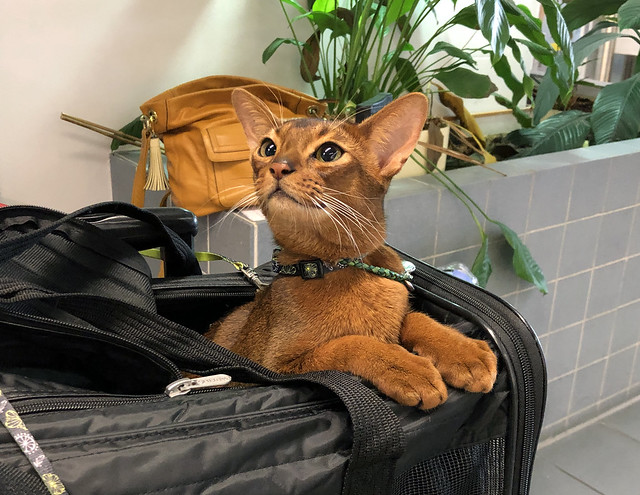 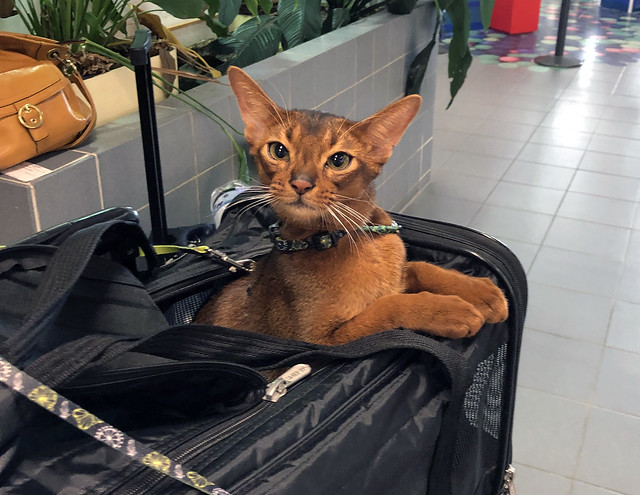 In some of these photos, he reminds me so much of Jake. Especially the one where he’s meowing! 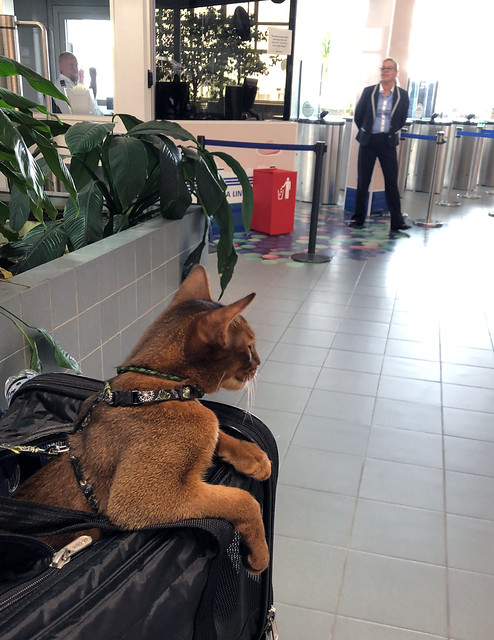 Björn was taking longer than expected to return from dropping off the car. I was starting to get worried that the gates would close before he got back. 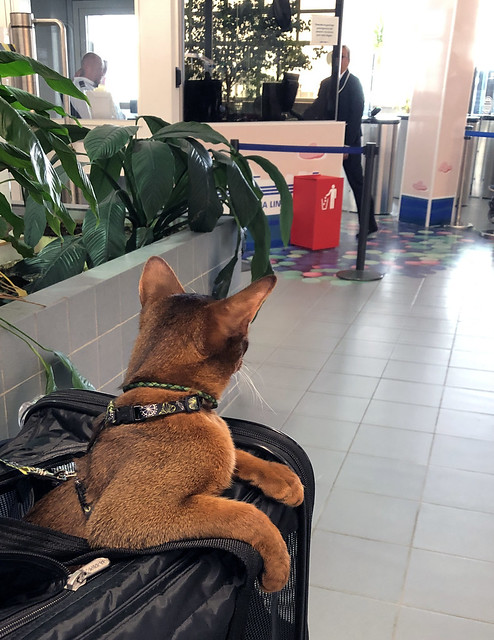 I don’t know what would have happened if we missed the ferry. 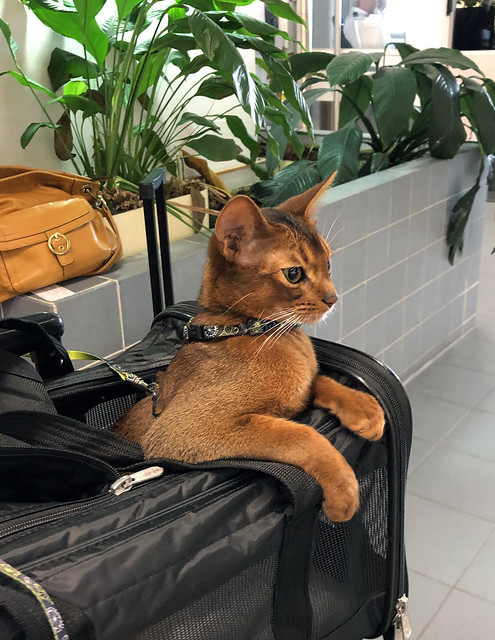 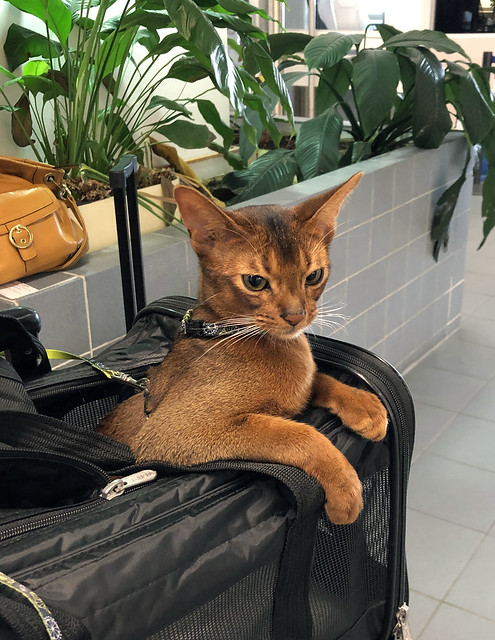 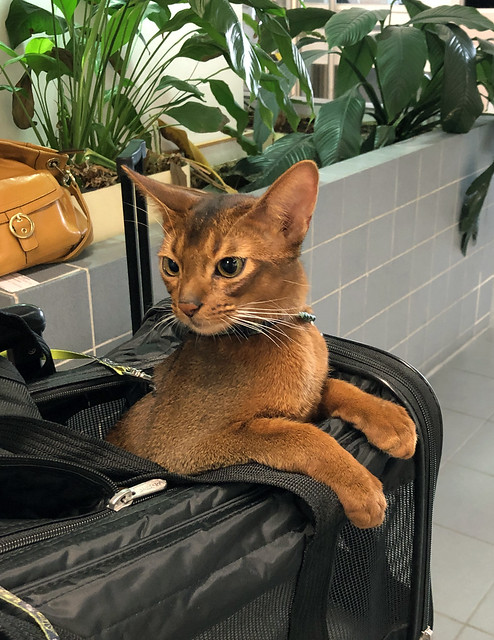 Dash was a wonderfully patient little cat, which bodes well for future trips. 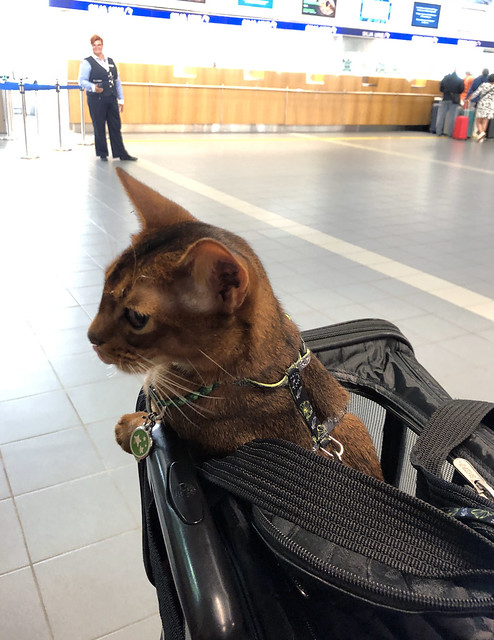 He also charmed the employees at the terminal. They took turns coming over to where we were to meet him. 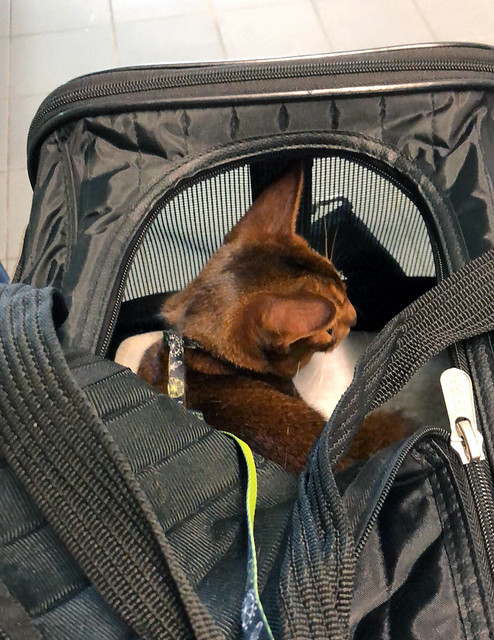 They also were very reassuring and told me that the gates wouldn’t close until Björn came back. Whew!