After all the travelling, we finally brought Dashiell home and put his carrier down in the living room. Björn did the honours of unzipping the top whilst Emma looked on. 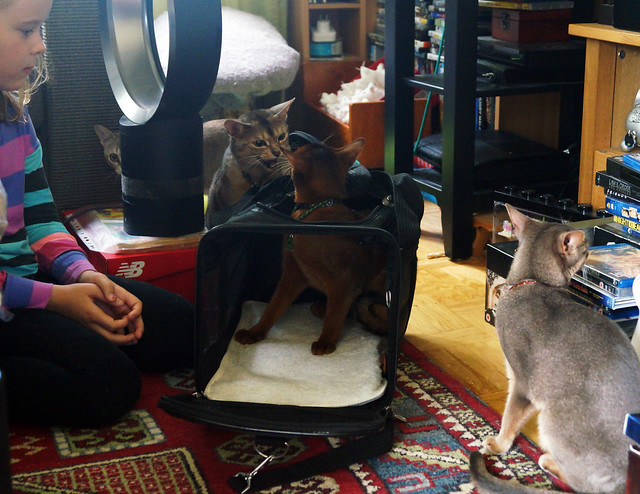 Alfred, Izaak and Lorelai were on the scene as well, of course. And, much like when we introduced him to everyone when he was a kitten, Freddy was the first to hiss. 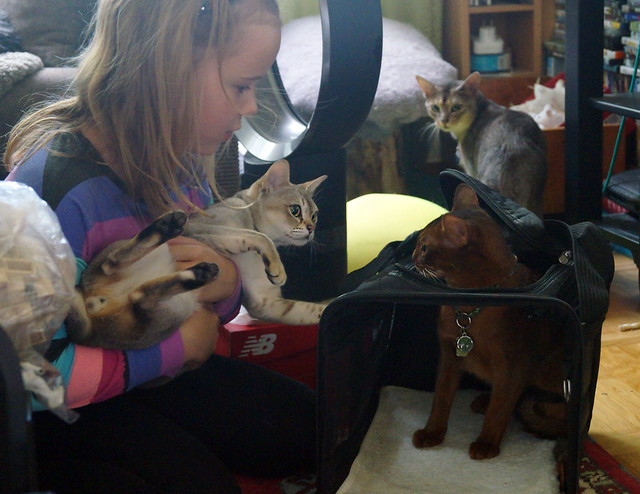 Emma thought that perhaps a personal introduction between Zak and Dash might be a good idea. 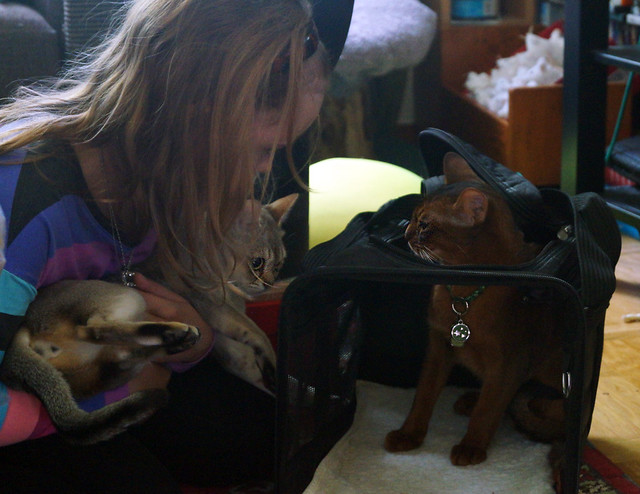 It wasn’t a bad idea; neither Zak or Dash hissed. 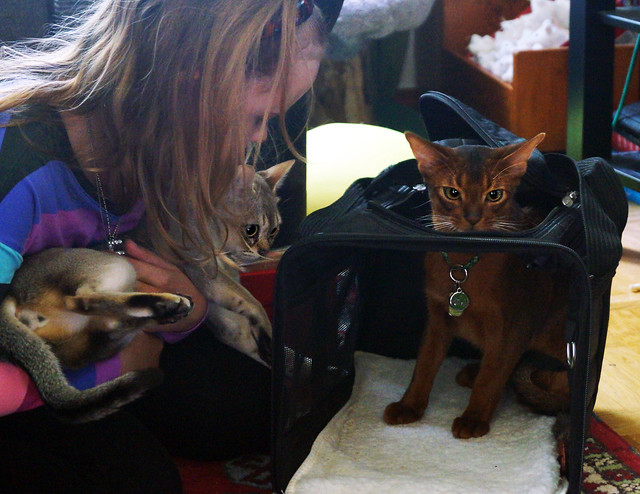 And, in fact, Zak is the one cat Dash is closest to here. 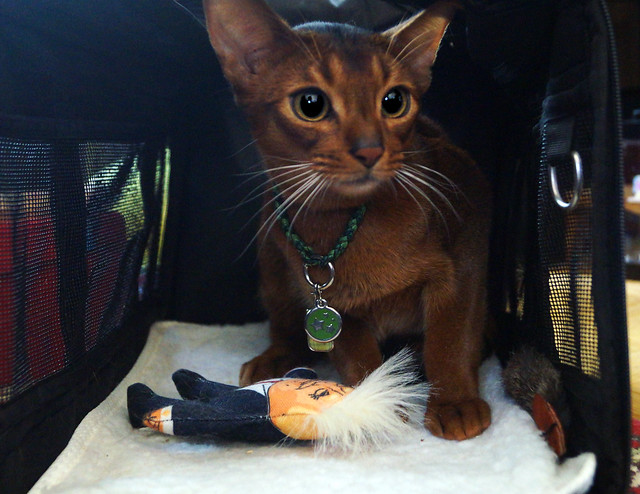 We also introduced Dash to the Trump cat toy. 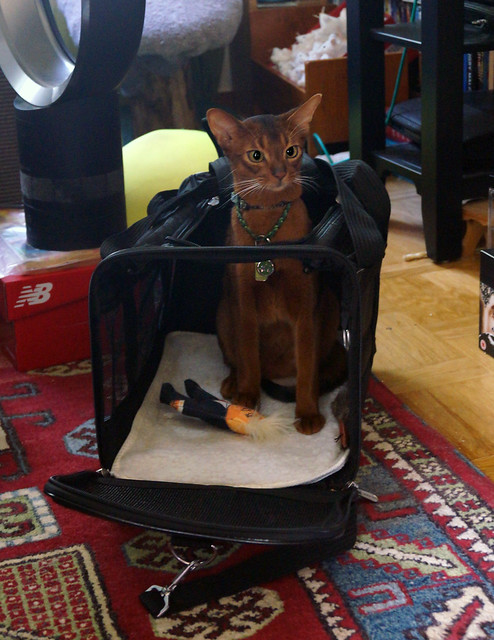 Like many of us, Dash didn’t know what to do with him. Join the club, Dash! 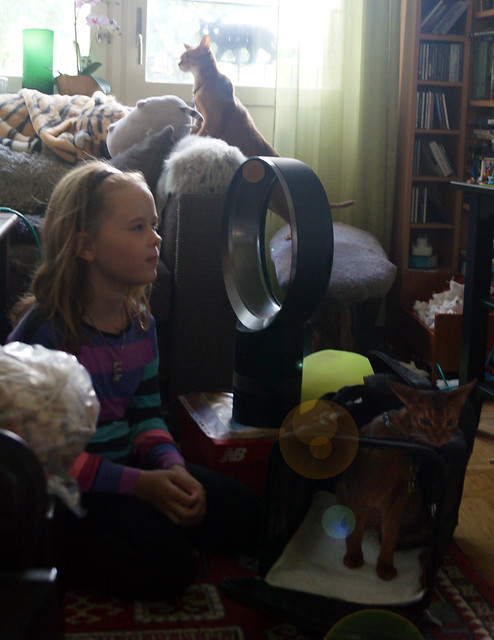 Then Angel came to meet the newcomer, in typical Angel roundabout fashion. 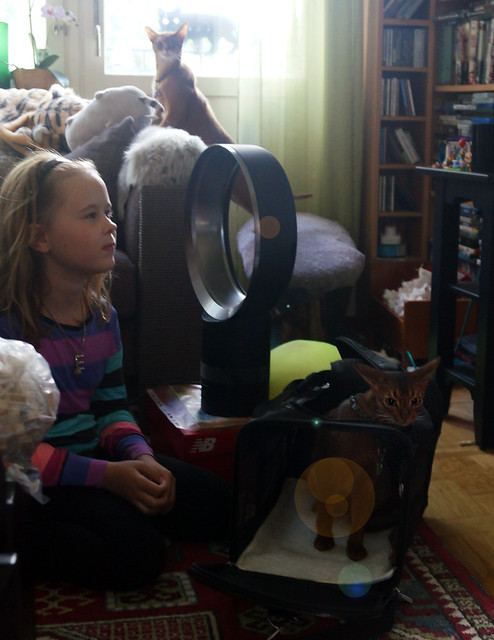 She skulked around the edges of the room, and then circled around the back of the couch to get a look at Dash. 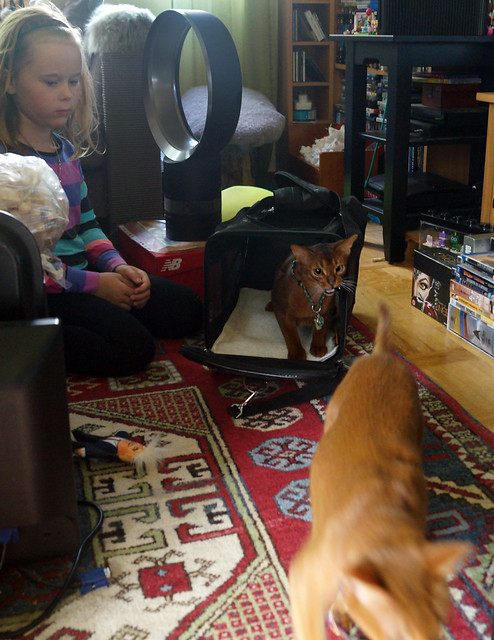 Then she lept off the sofa and ran right over Dash and out to the hallway. 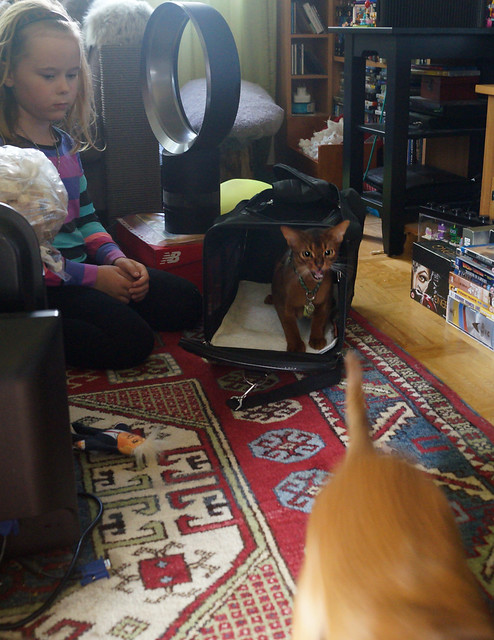 That made Dash hiss! 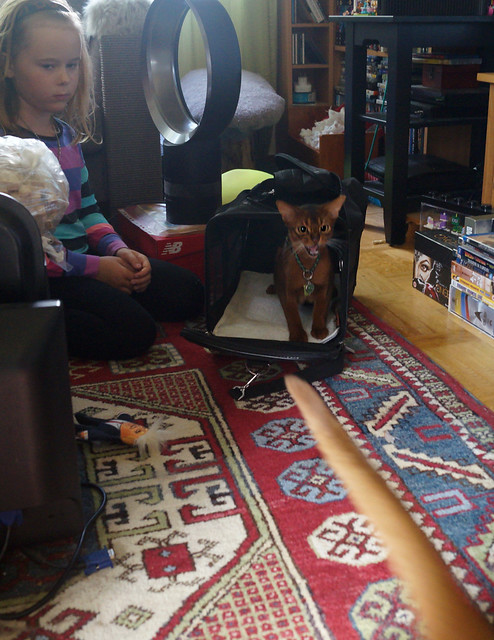 He may be young and small, but he stands up for himself! 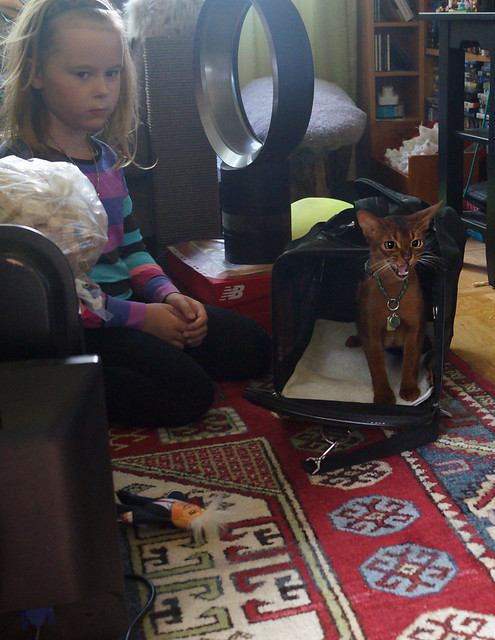