We went to a cat show in Turku, Finland, back in November. The main reason we entered this show was so that Lorelai and Izaak could earn their International Champion titles. In order to achieve this, cats must earn three certificates from three different judges in two different countries. We had the three certificates from three different judges locked. We just needed to go to a different country. Turku is a convenient ferry ride, and a place we hadn’t visited yet. 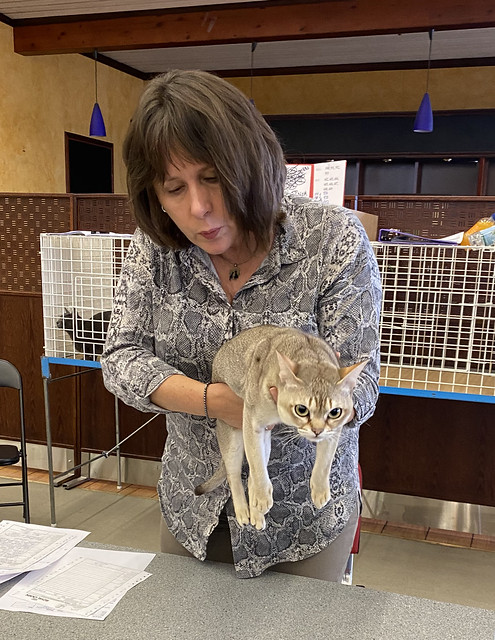 As is not uncommon, Zak was the only Singapura in the show, so we were pretty certain that he would become an IC. 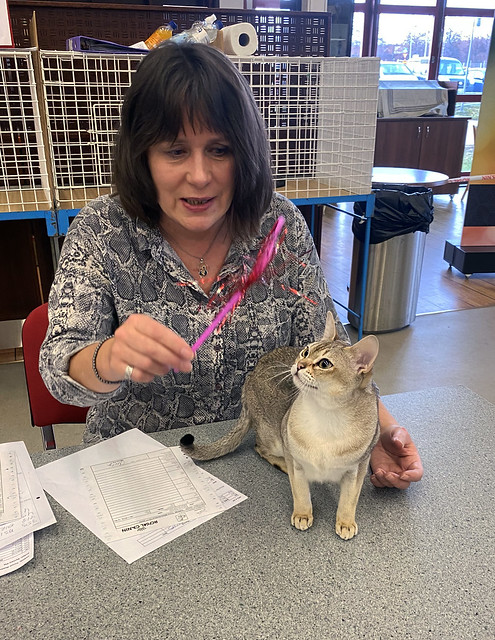 His judge for the day, Pia Nyman, loved him. She praised his perfect “reindeer” colouration. 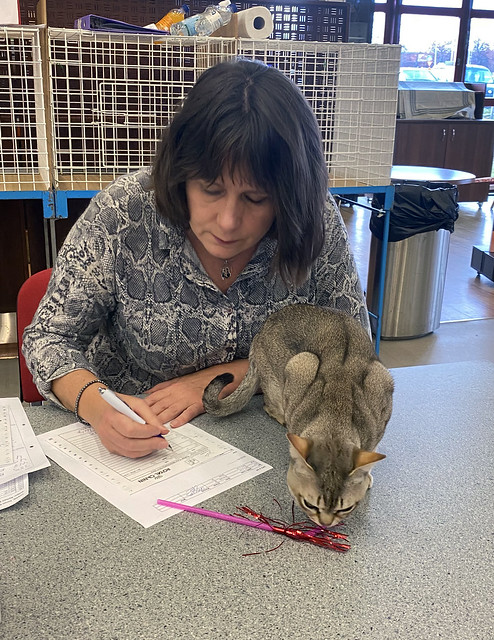 She also knew Singapuras, which, in FIFe, can be rather hit-or-miss when it comes to judges. But Pia was actually “babysitting” a litter of Singas at home for a Finnish Singa breeder friend. 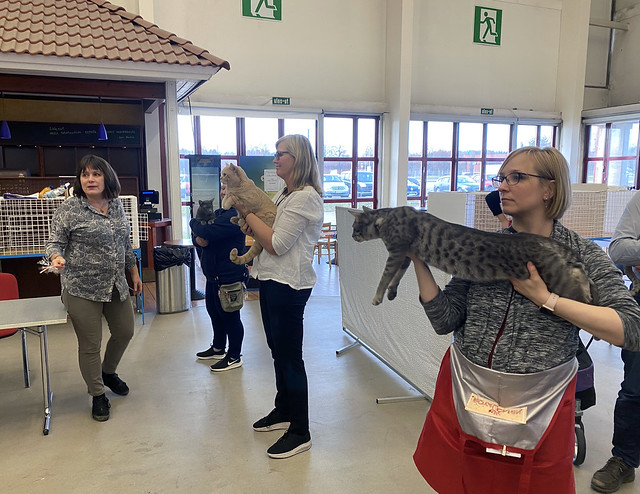 Singapuras are almost always the last breed in the ring in Category 3 (unless there are Selkirk Rexes, Sokokes or Snowshoes entered, and honestly, they’re almost rarer than Singas! But because we are last, we usually just hang around for the Nominations, because we’re almost always under consideration. The Champion males were stiff competition. We were up against a Korat, a British Shorthair, an Ocicat, and an Egyptian Mau. 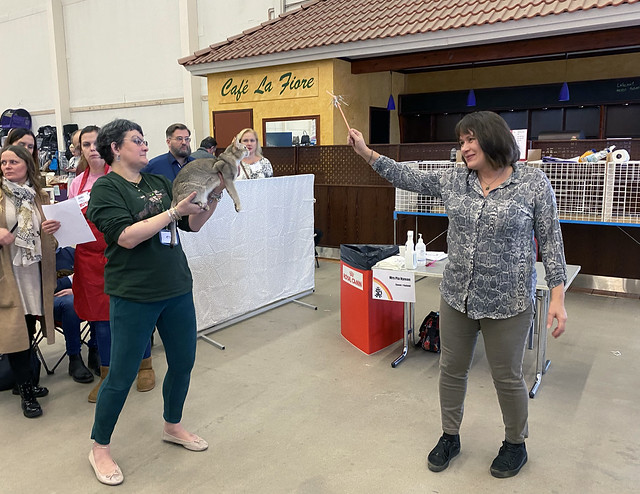 But you could tell she really liked Zak. 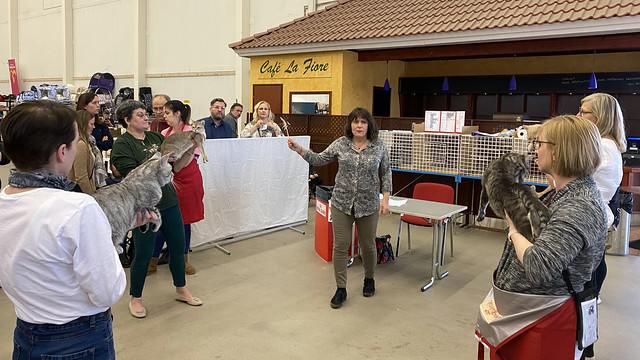 It was super close and really tense. I am usually the one who’s taking the photos, not holding the cat during the Nomination. 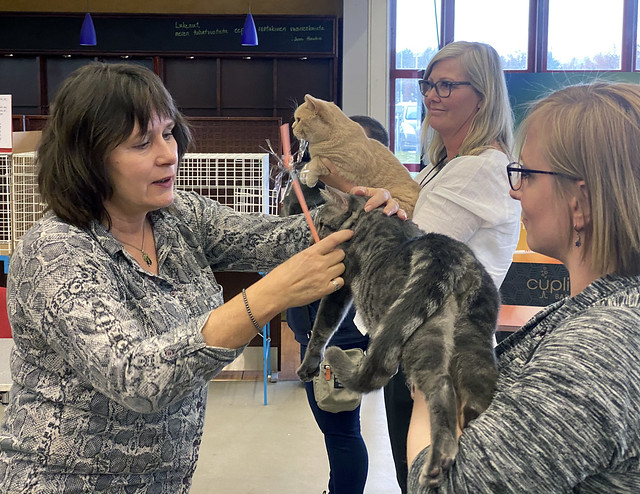 Pia took close second looks at the Brit and the Oci… 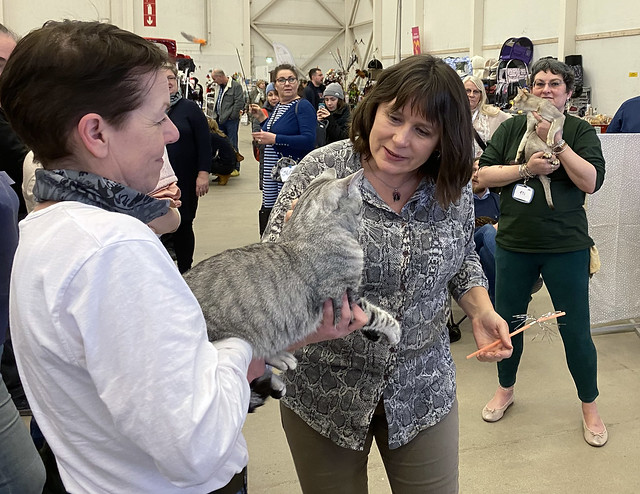 …and she also revisited the Mau. 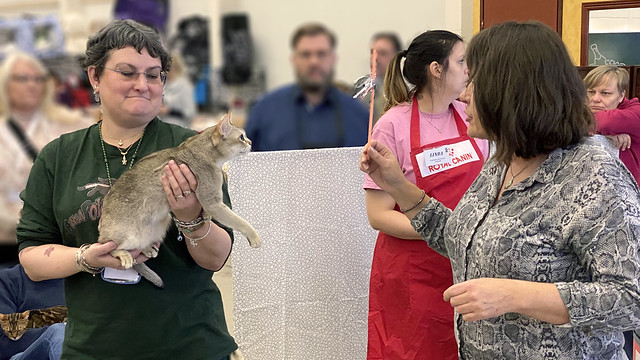 But she kept coming back to Zak. 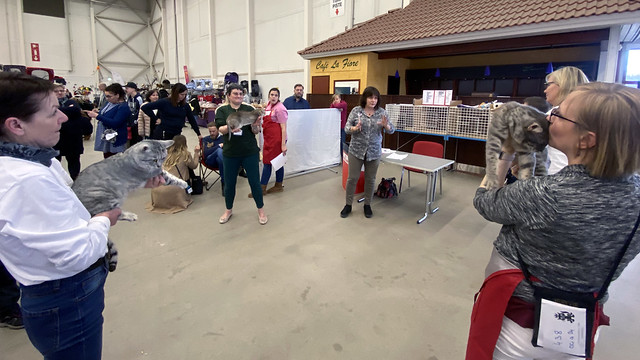 Pia had good things to say about all of the cats. 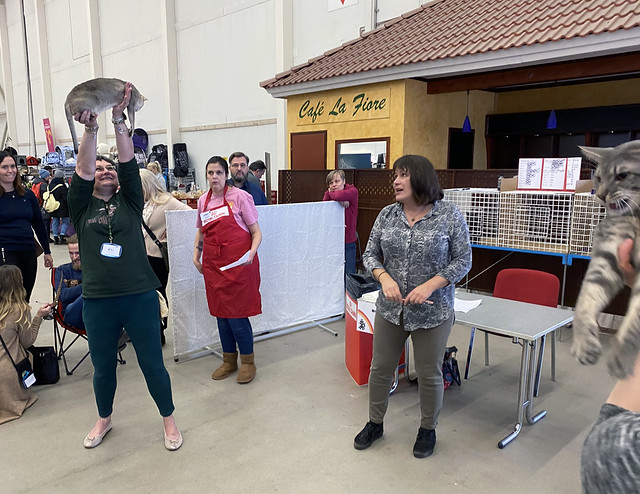 But, in the end…it was Zak who won the NOM! 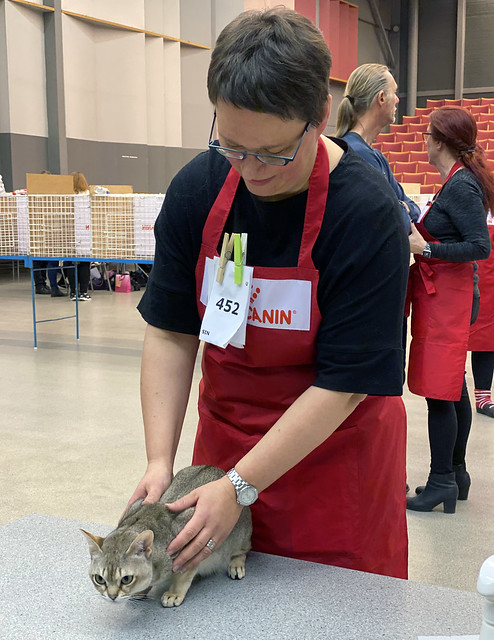 Then it was time for the panel (basically, the FIFe finals), and we had a great steward assigned to handle him. 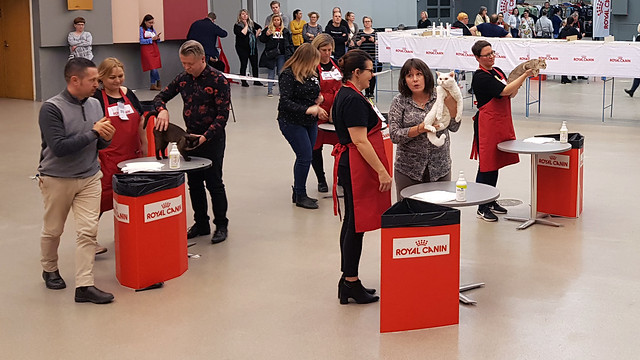 It was close…there was a white British Shorthair and a seal Burmese with Zak…Zak did get one vote, but in the end it went to the Burmese. 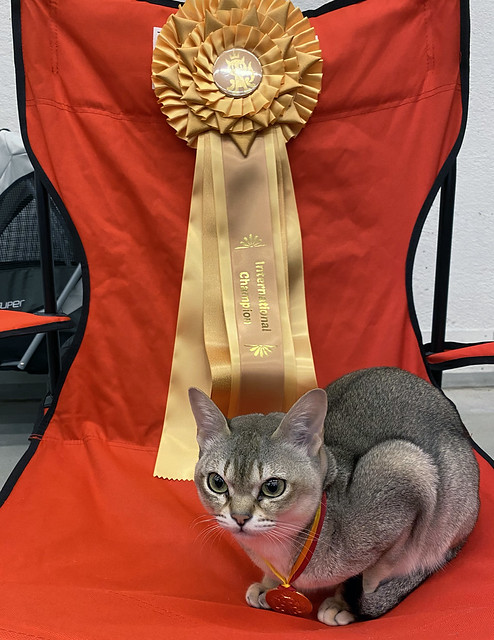 That didn’t matter, though. We got what we came for. 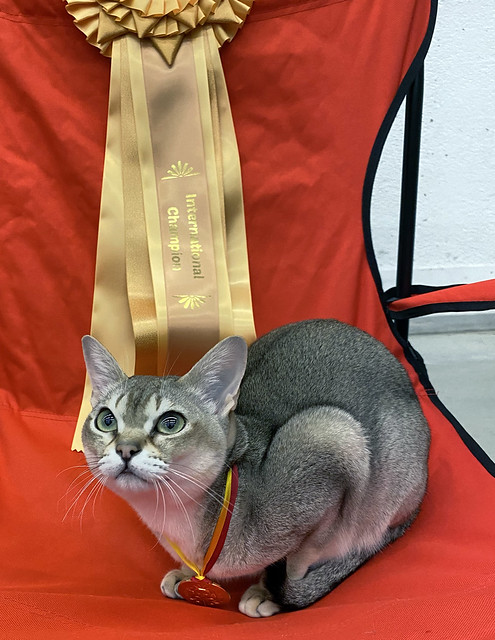 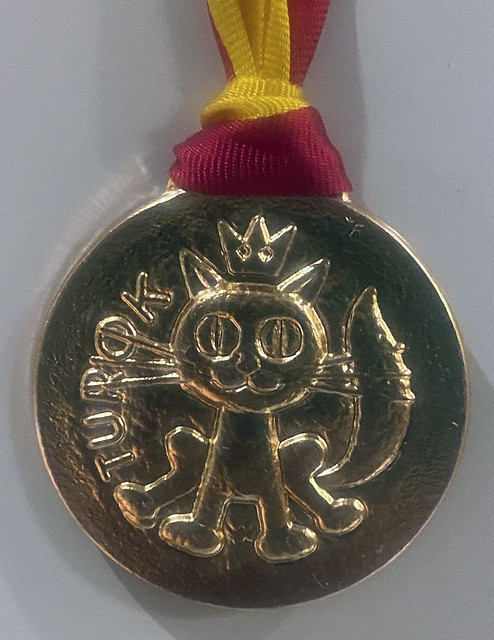 And he also earned a really nice NOM medallion. The prize you get for winning a Nomination can really vary between clubs. We have gotten trophies, plaques, banners, and simple rosettes…but medals are by far my favourite, and the Turok medals are seriously the best I have ever seen. 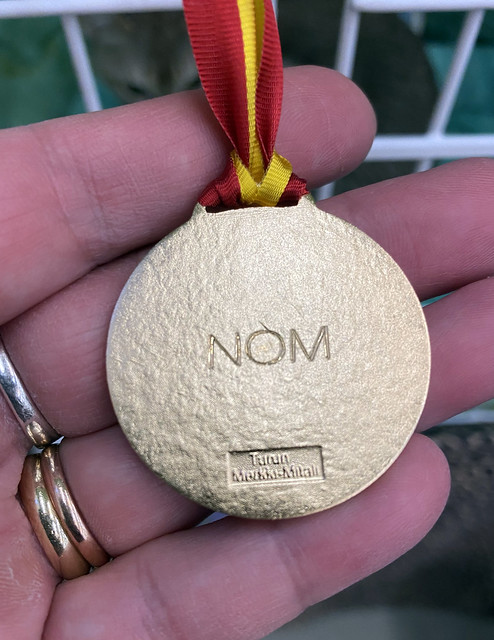 It seems that they had them custom-made somewhere. They are really heavy and really nicely made (this coming from someone who did metalsmithing and jewellry making in college and coin-making in the SCA). It’s one of the best cat show trophies I’ve ever won.