Unlike Izaak, Lorelai did not become an International Champion on Saturday at the show in Turku. 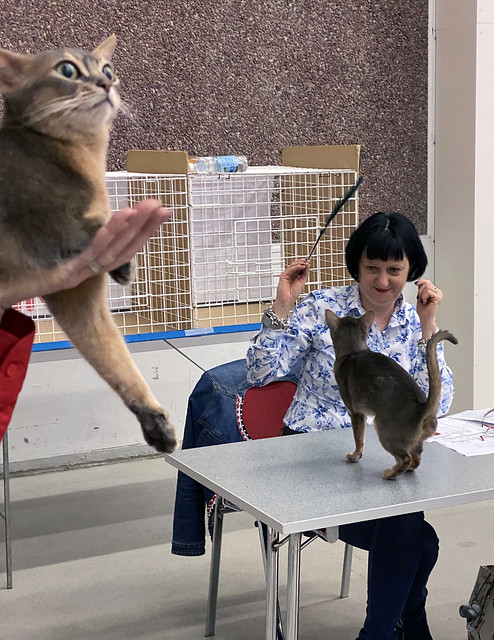 That’s because she was in direct competition for the certificate. 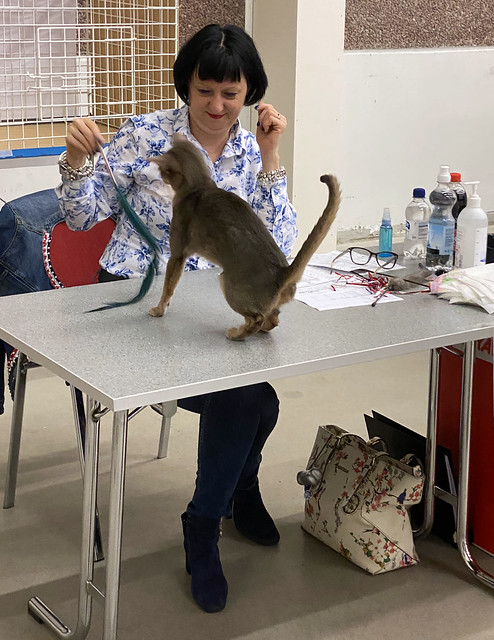 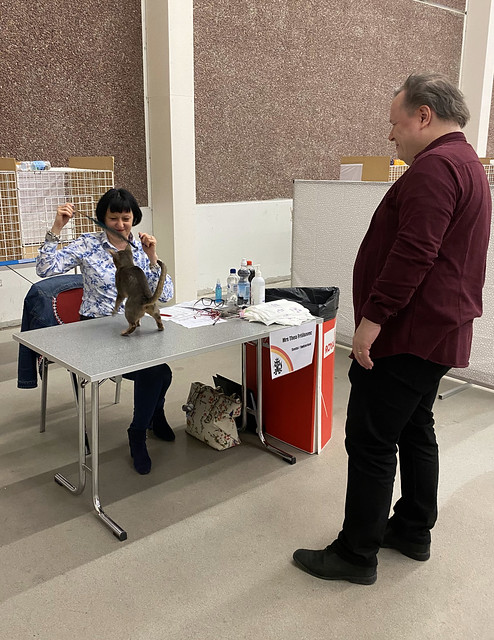 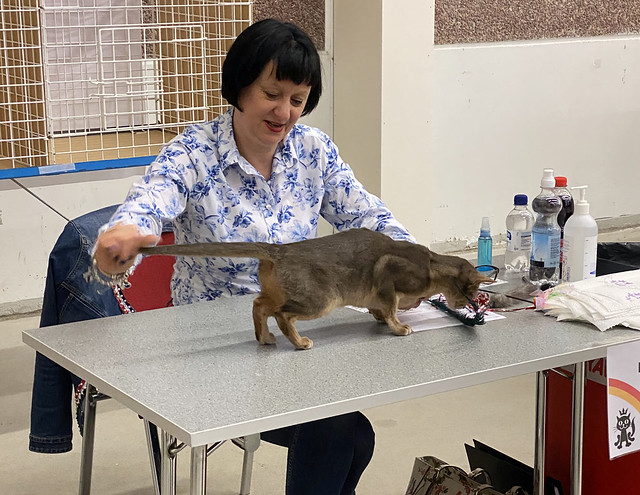 We saw Thea Friškovec, who loves Zak, and who has seen Rory before on her judging table. 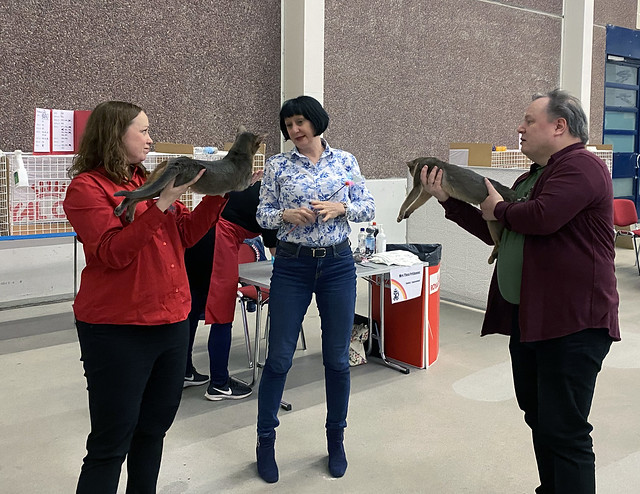 There was another blue Aby female in Category 7: Ch FI*Redcheetah’s Erin. 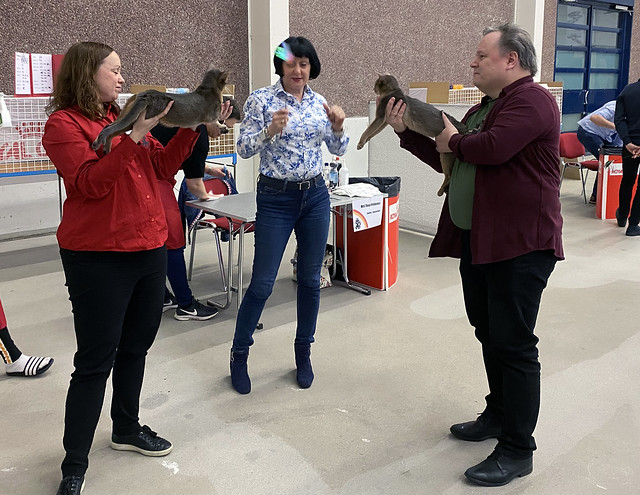 When there are two or more cats in the same category, sex and colour, only one earns the certificate. The other gets an Ex2. 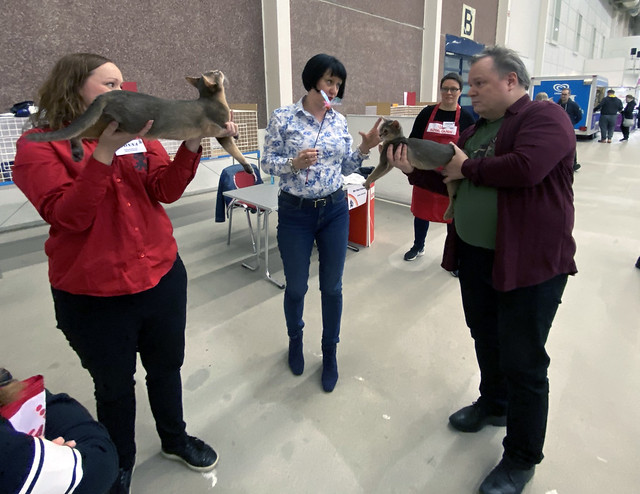 I am sure it was hard to pick the best cat…they are almost the same age (Rory is four months older), same colour, same level of achievement… 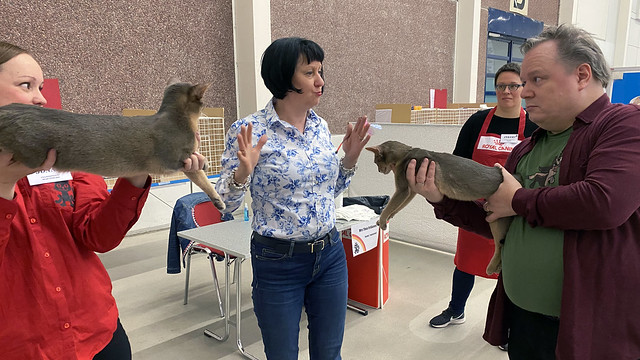 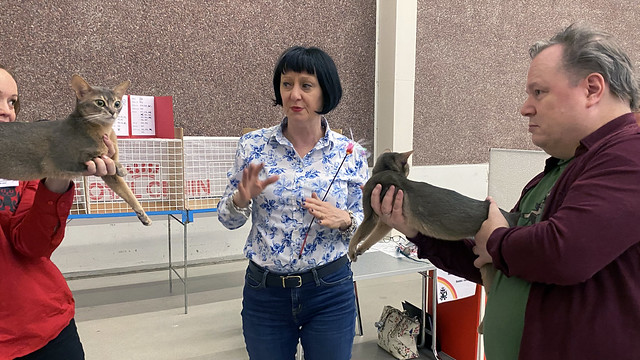 …It was pretty tense to watch. 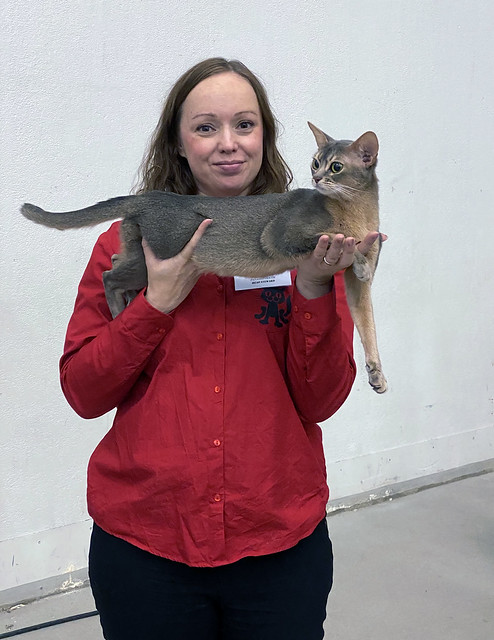 In the end, our friend Jonna and her cat Erin got the certificate. Congratulations! 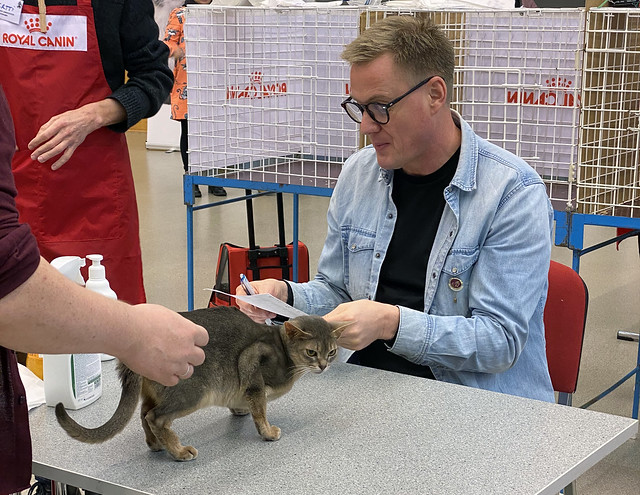 But Erin was only entered on Saturday. On Sunday, Rory was the only blue Aby in her category. 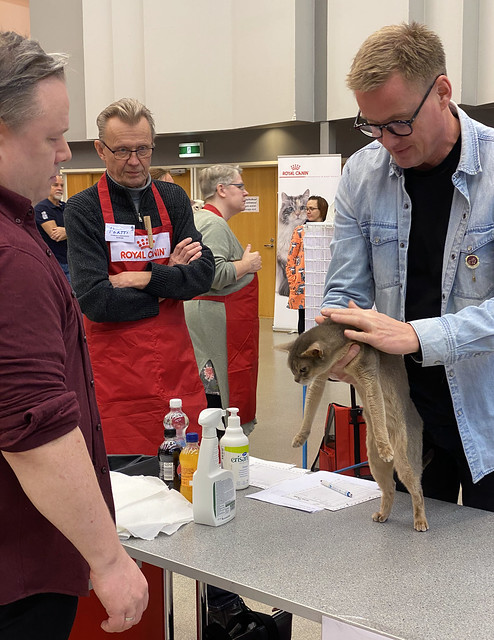 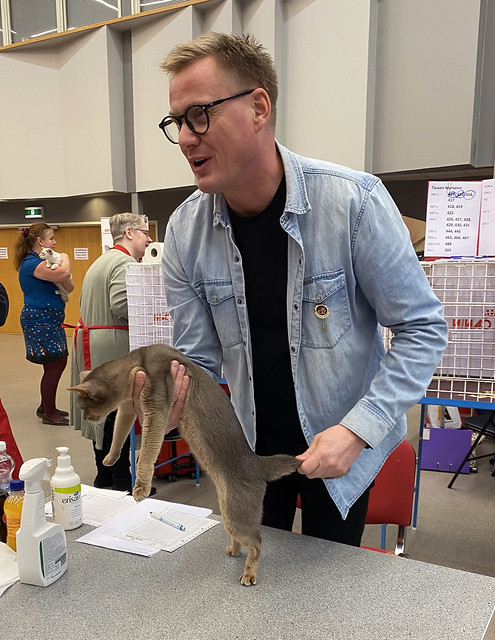 He didn’t Nominate her, but that wasn’t important. 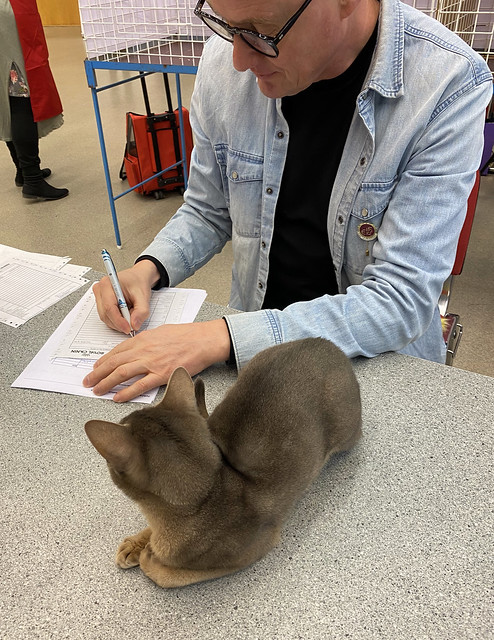 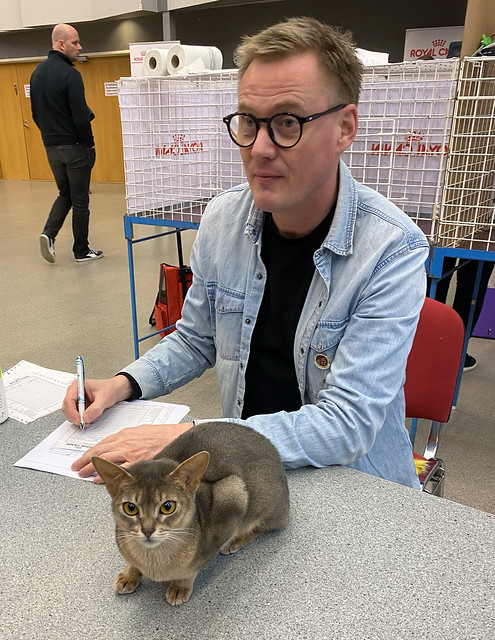 What was important is that she earned her non-Swedish certificate and achieved the title of International Champion. It’s a bit ironic; we started showing Rory earlier than Zak because we had to wait to get his pedigree entered into Sverak…but he earned his title before she did!