I have said, for many years, that cats work better in pairs. I am now kind of eating those words, since we have had five cats for a few years, now, and it’s a wonderful dynamic. 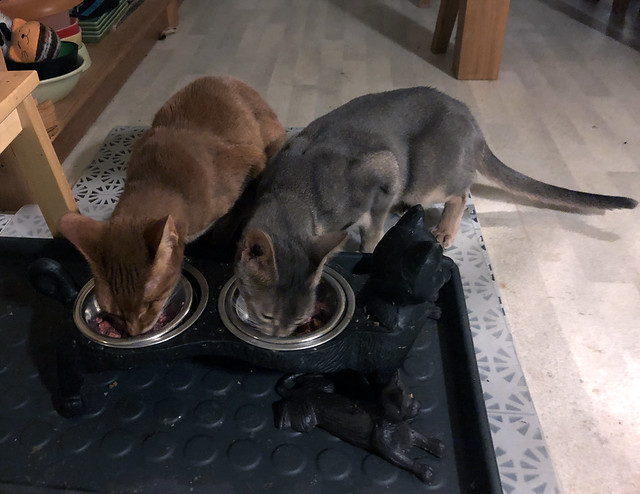 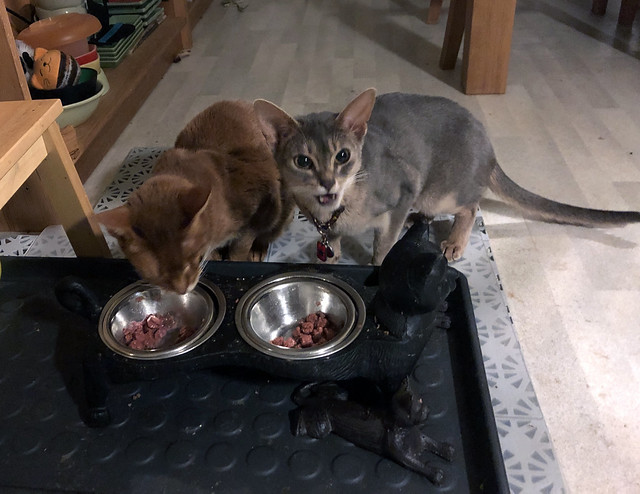 Angel was always bullied by Tessie, and Kylie would join in when she heard Angel scream at Tessie. She was always a bit nervous around Pyret, but since Pyret has left us and Angel became the senior female, she’s really come into her own. 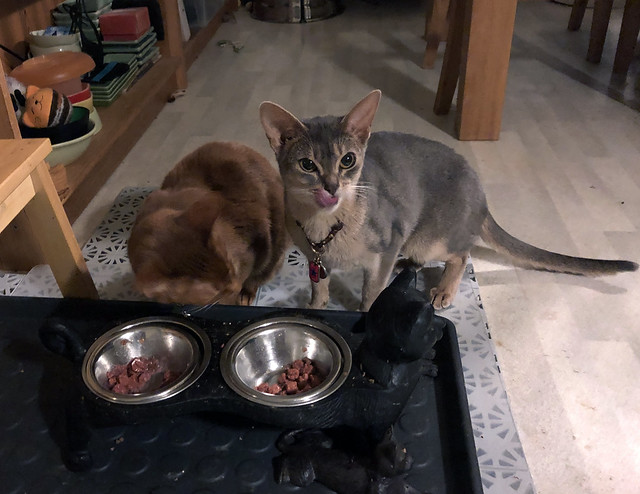 Feeding five cats is tricky, but luckily, we have a lot of rooms. Freddy eats on his own, because he eats wicked fast and he’ll eat everyone’s food given half a chance. Dash and Zak eat together (in the winter, anyway) because Zak won’t steal Dash’s food, and Dash is preoccupied with his own bowl. 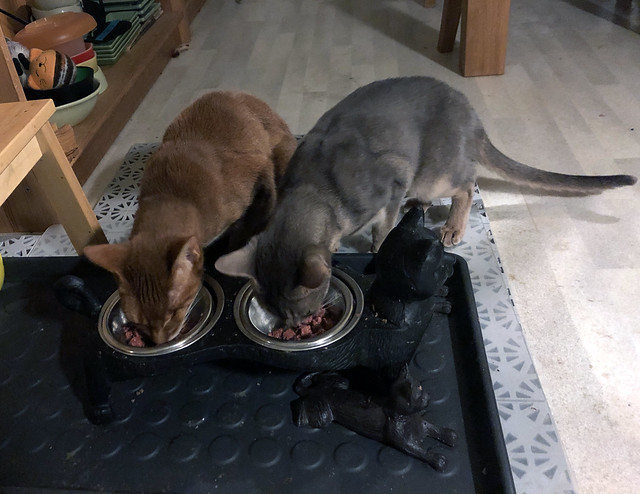 That leaves the two girls to eat together. And they do eat very nicely together. They are very companionable, sometimes switching bowls, but there is never an argument over dinner. Angel still doesn’t really cuddle or sleep with anyone (unless Zak insists), but she does seem to have forged a friendship with Rory.