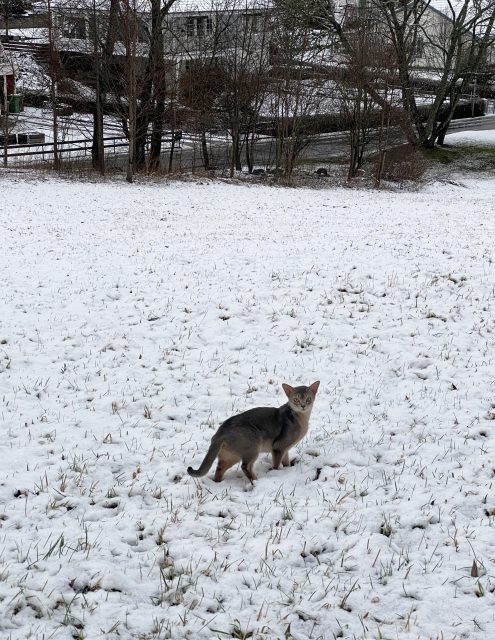 This has been a really crap winter… 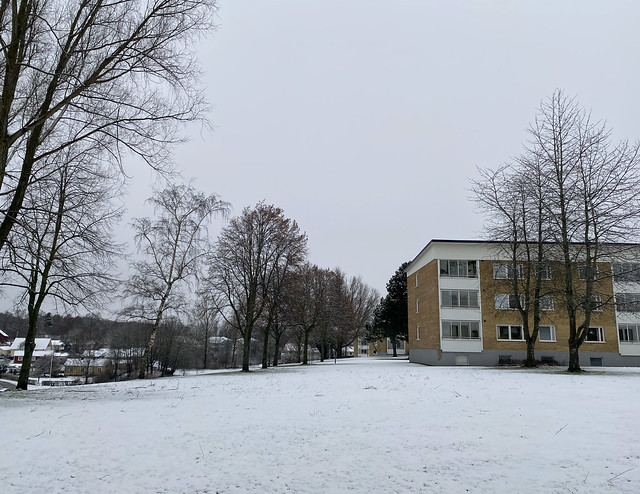 It’s been above 5°C more often than it hasn’t, and while Florida is freezing…it’s only snowed three times here in Sweden all winter. The third was yesterday. 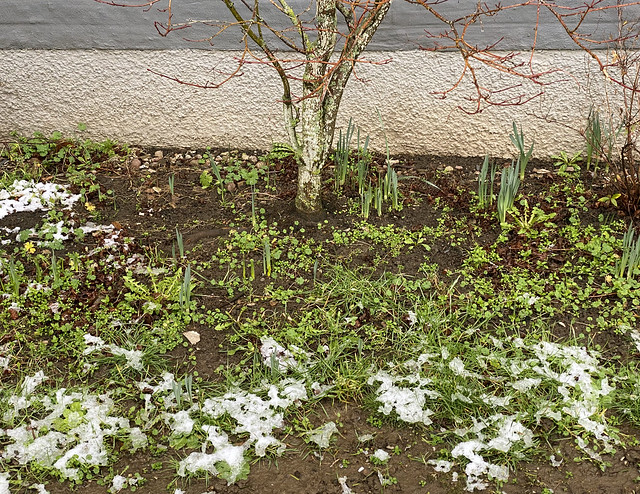 And it’s just now February, and the bulb plants are already sprouting! 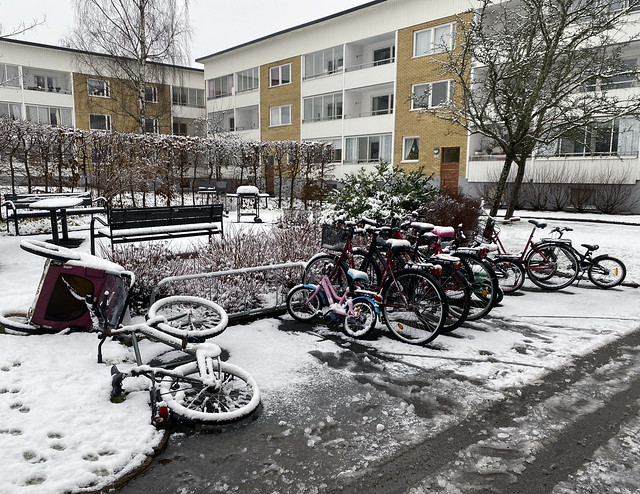 And the first two times it snowed, it lasted about a day. And the snow we got yesterday was, sadly, no different. 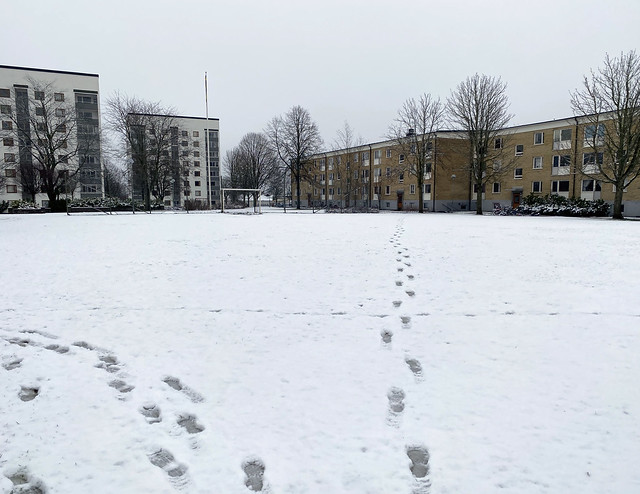 But as long has we had the little snow we did get…I figured I had better take advantage of it while it lasted. 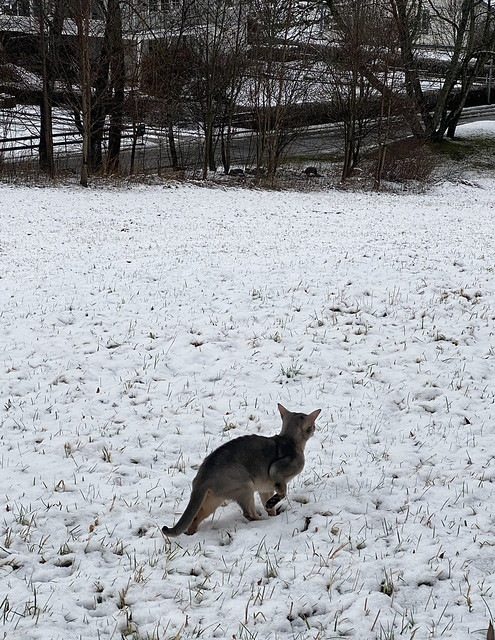 And that means…I took the cats out! Of course, Lorelai bounded out the door and headed for the slope. 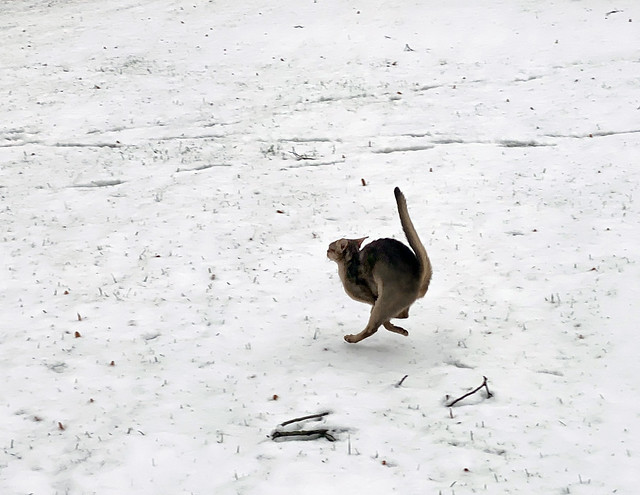 She really seemed to miss running! 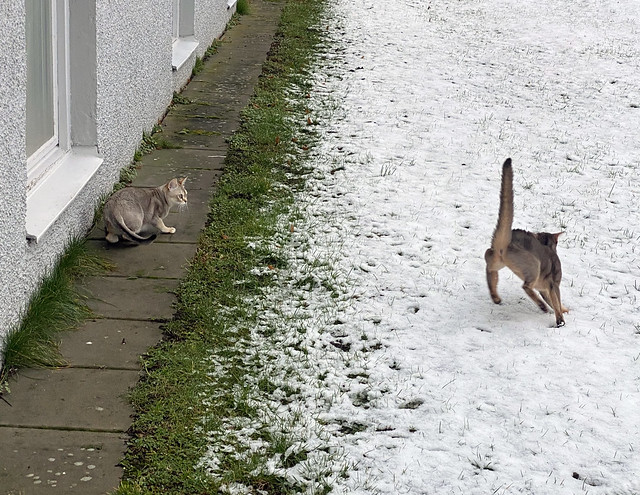 But while Rory was running around, having a blast… 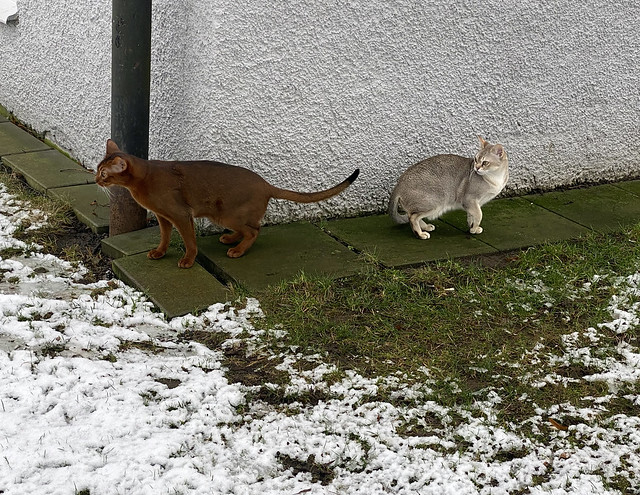 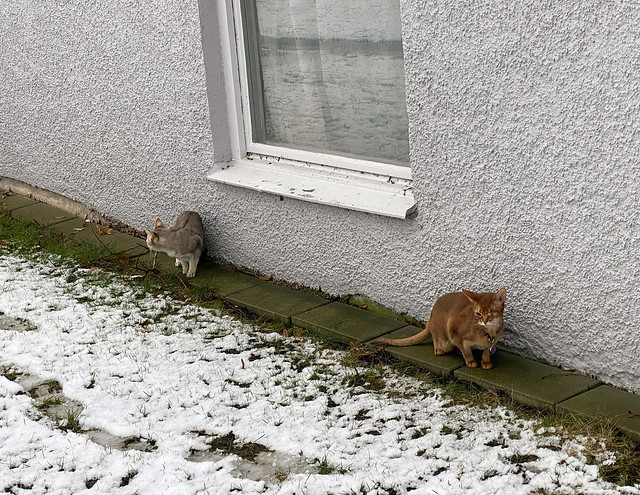 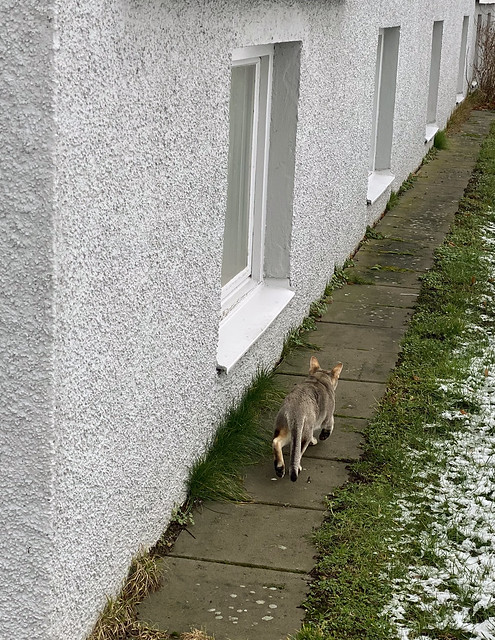 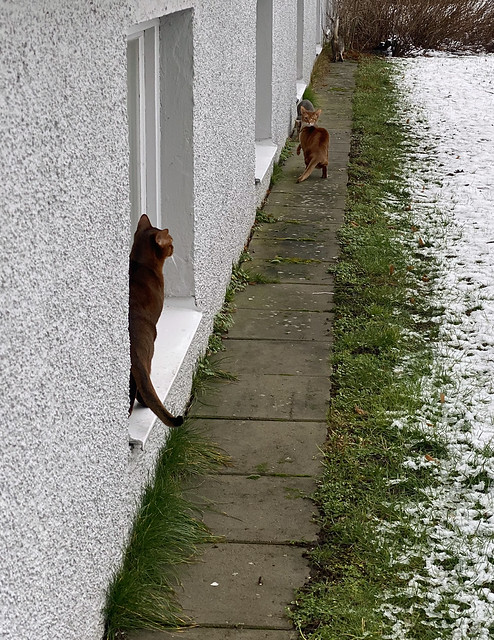 …everyone else was pretty much sticking to the snowfree bits. 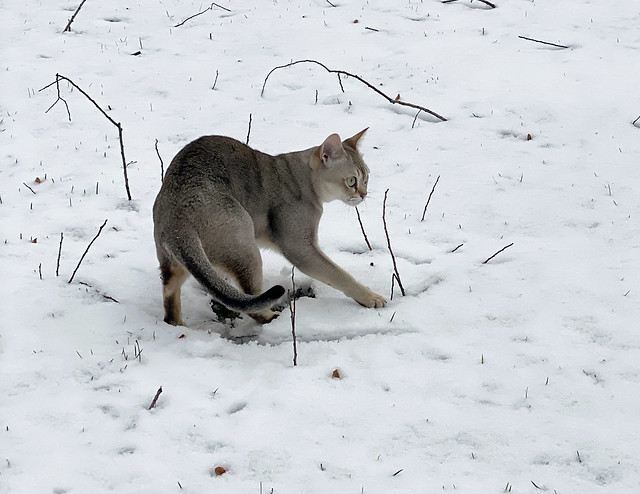 I did get Izaak to venture out into the deepest part. 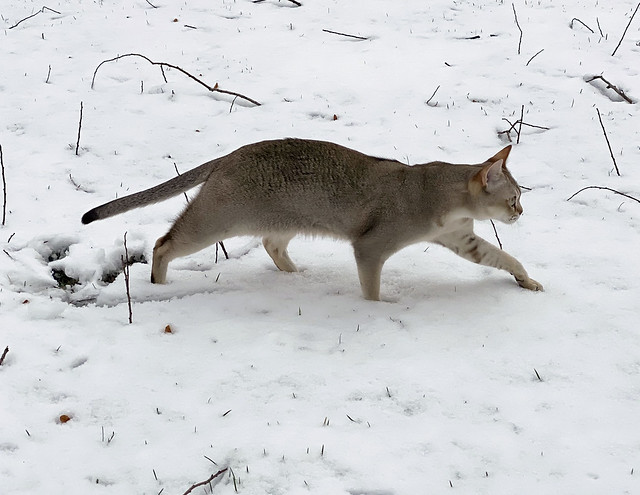 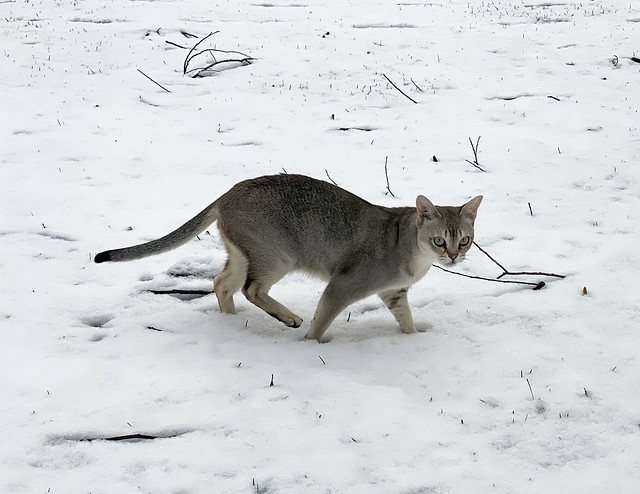 (Okay, yeah, I carried him out into the middle of it…) 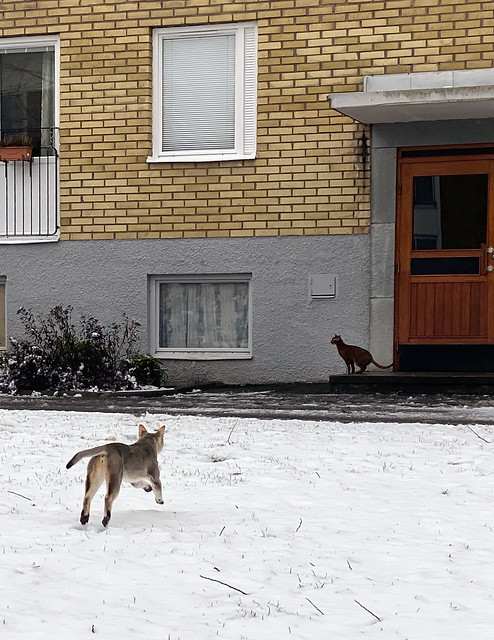 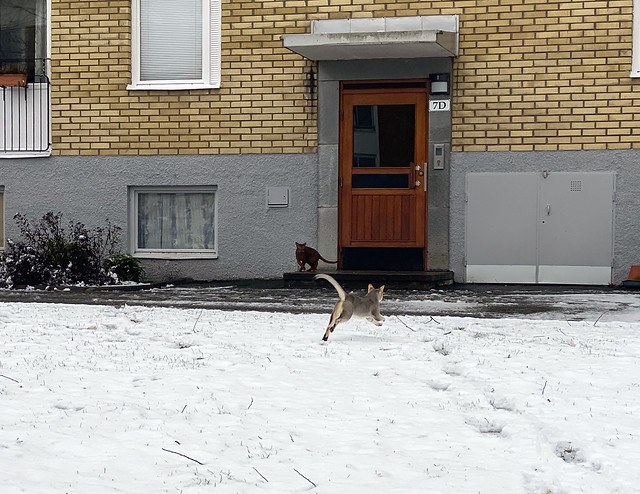 But once he got used to it, he seemed to kind of enjoy it. 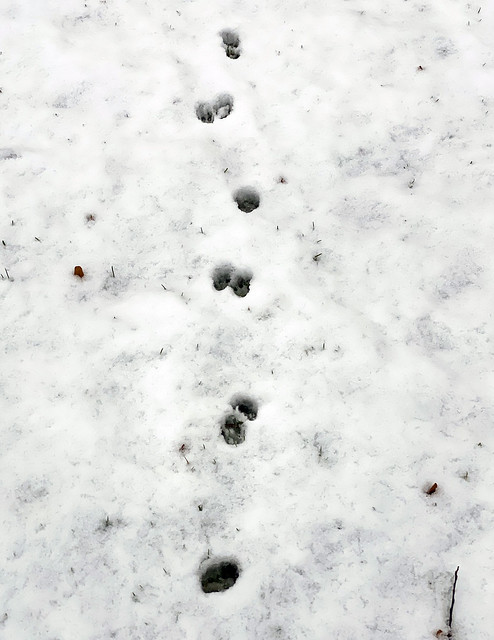 I love cat pawprints in snow… 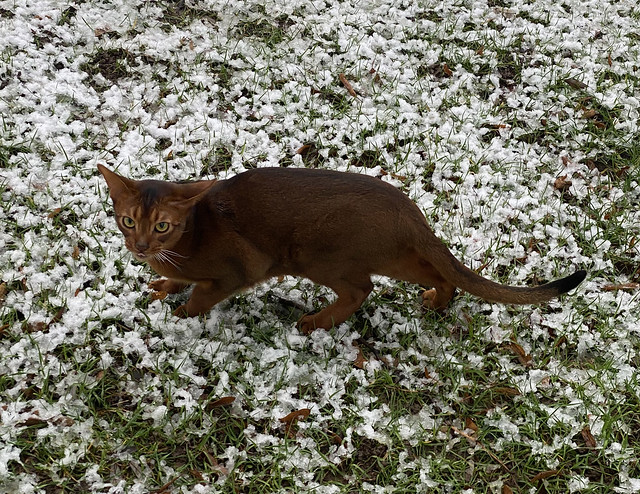 Dashiell actually ventured out into it on his own! 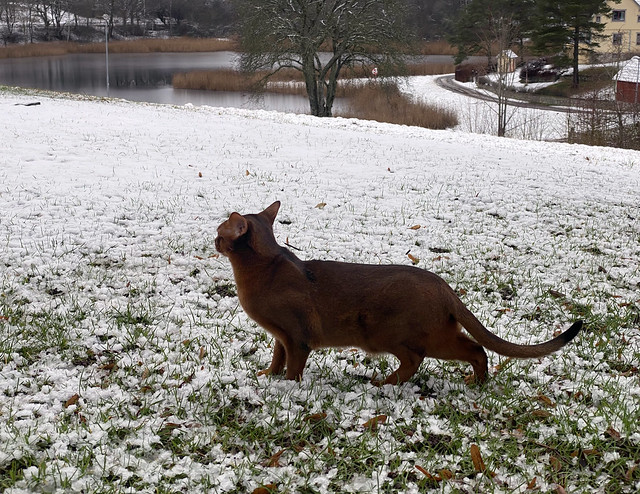 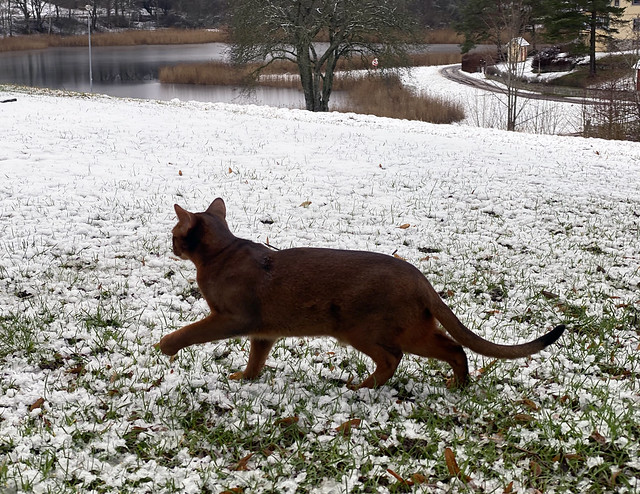 That’s pretty special, since it was the first time he’d ever seen snow! 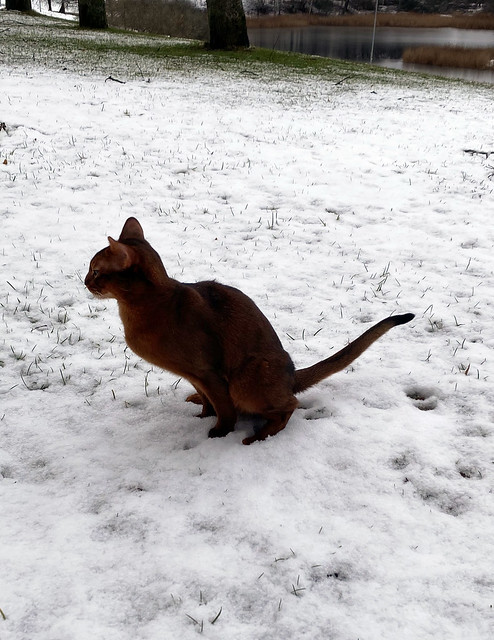 Okay, this…now, I know what it looks like he’s doing…but I promise you, it was not yellow when he stood up. 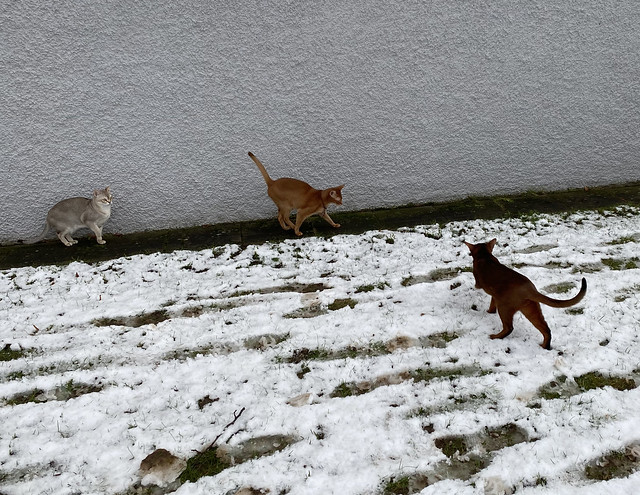 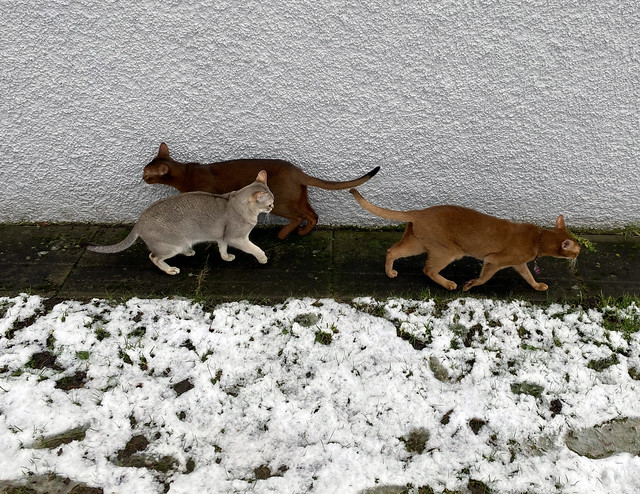 But soon enough, he got tired of the wet feet and joined Zak and Angel on the concrete. 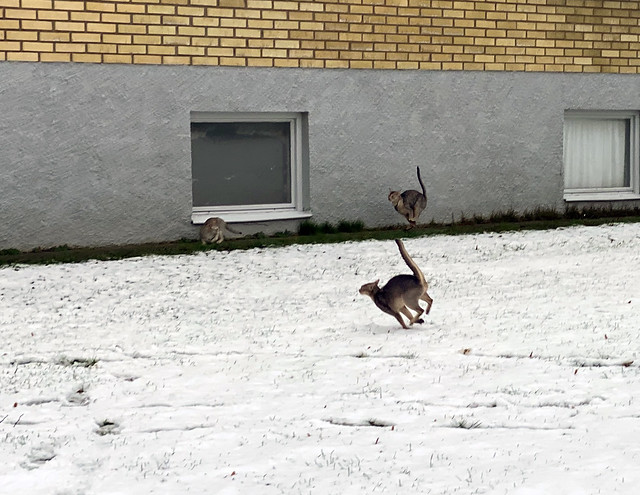 Alfred was out there, too…he was just off doing Freddy things while I was taking all the photos. 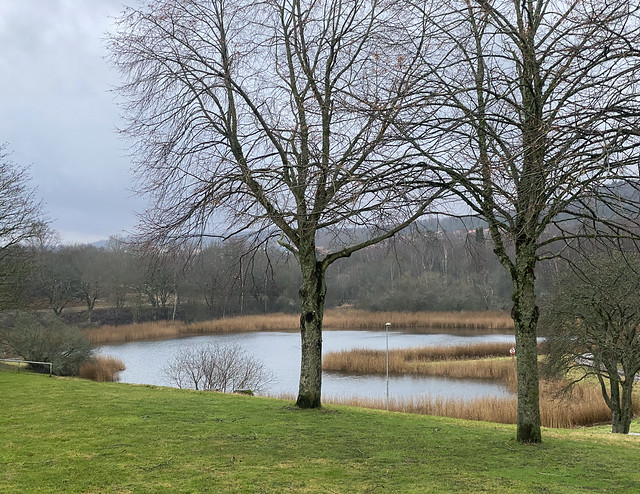 And, sadly, as I predicted…the snow is all gone today.