Today is Alfred’s third birthday! But before we get to his birthday photos, a little backstory… 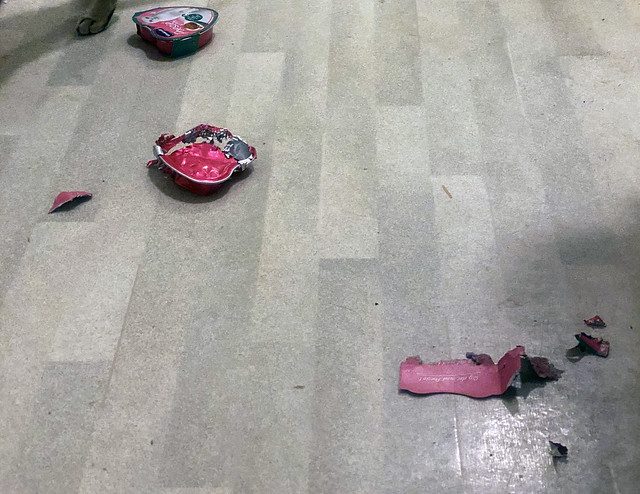 A couple of weeks ago, I walked into the kitchen and found…this. Gee…wonder who broke into the cabinet with the cat food? 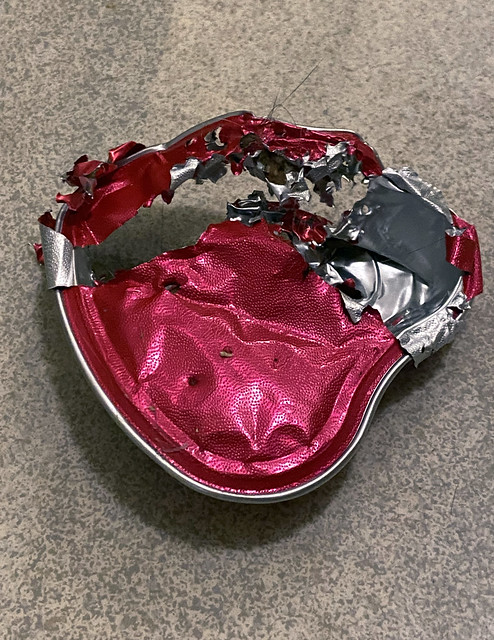 And I mean…he was fierce! These little heart things are metal! Guess there’s nothing wrong with Freddy’s teeth. 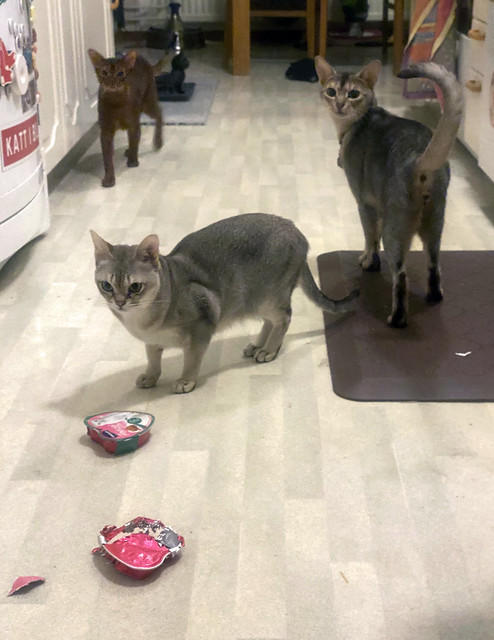 Of course, Freddy looked as innocent as he could whilst trying to pin it on Izaak or Dashiell. 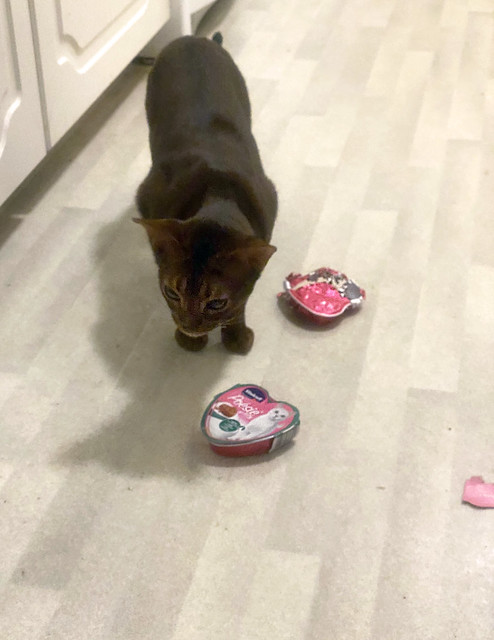 Don’t worry, Dash. I know it wasn’t you. 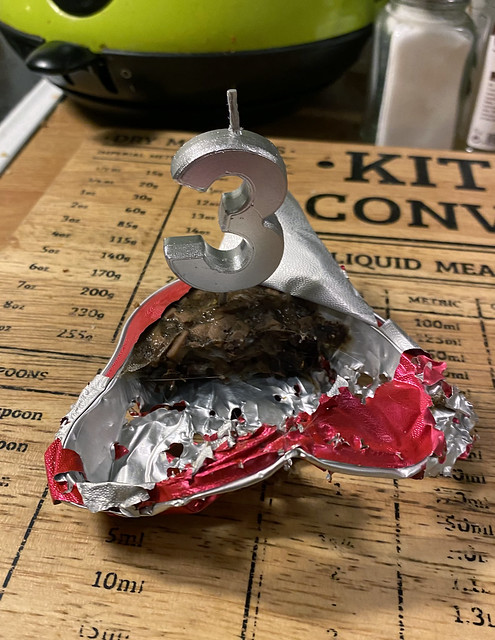 Anyway, at the time, I threatened to give him the heart he mangled for his birthday cake. And I put it in the fridge. So…I made good on my threat. 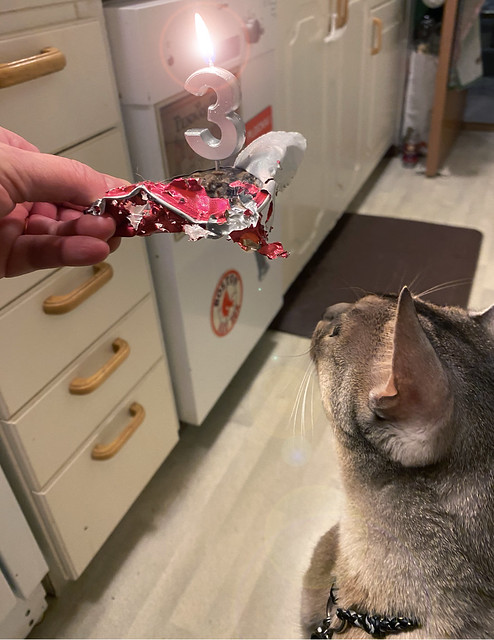 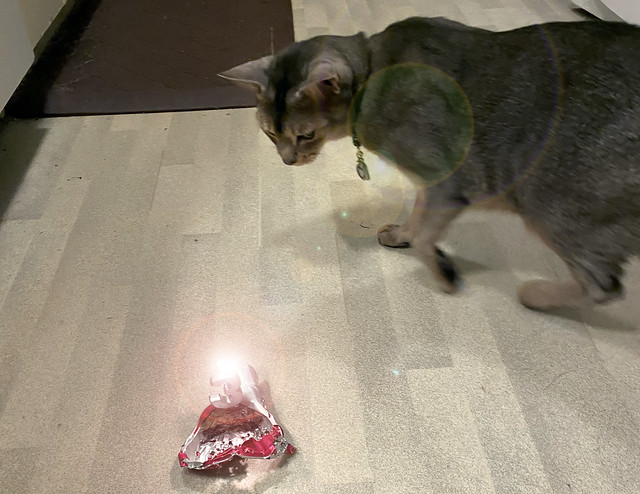 I went so far as to put it on the floor for him. 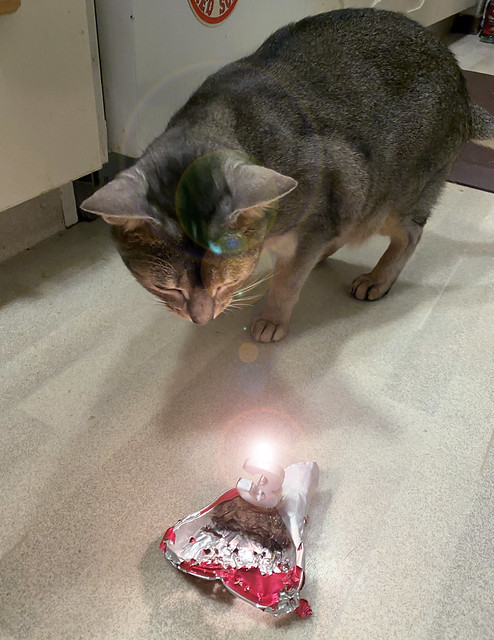 You can practically see the thought bubble over his head: “Seriously?” 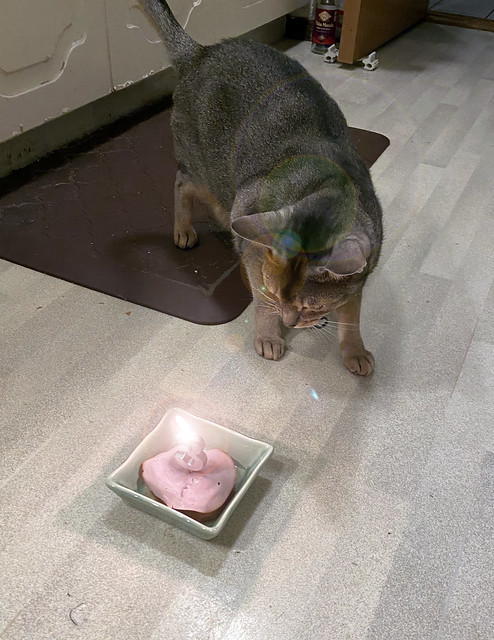 Finally, I relented and gave Freddy his real birthday cake. 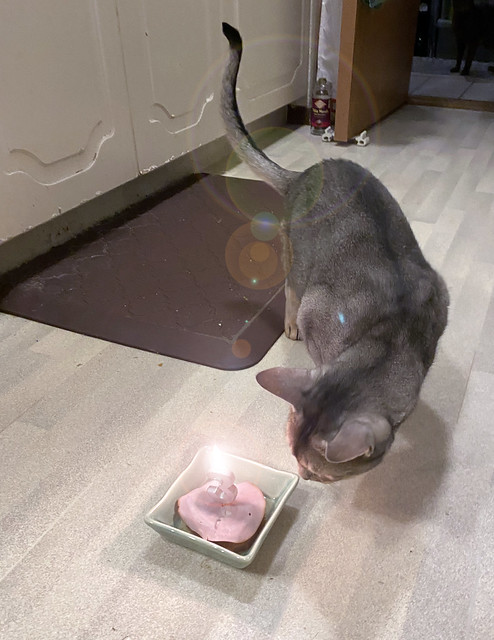 If you’re wondering why his cake is decorated with a slice of ham…it’s because I turned my back on the cake for a second while prepping it, just to get rid of the packaging, and Freddy jumped up on the table and started wolfing it down! 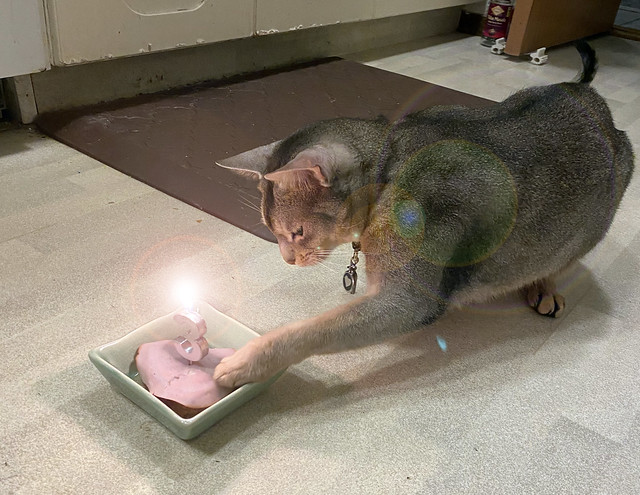 Unlike some cats, Freddy was a little intimidated by the lit candle. But he found a workaround. 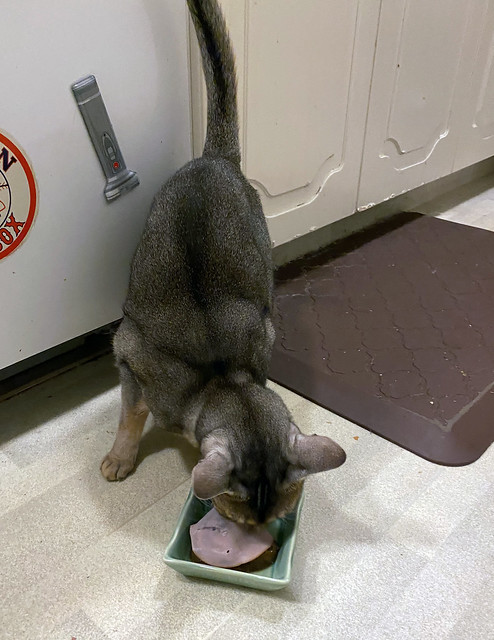 I blew out his candle, and he tucked in. 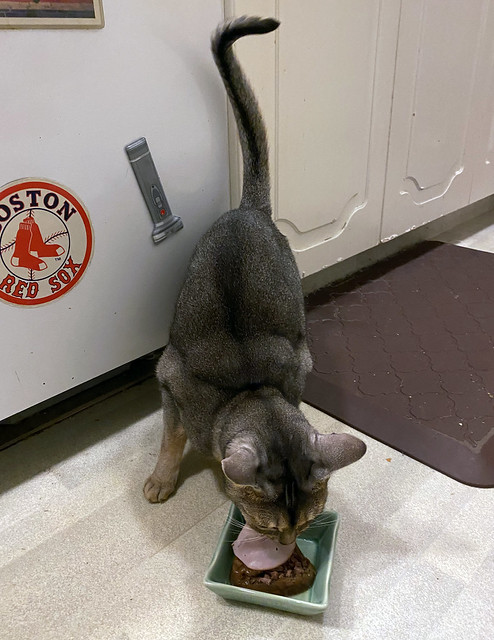 Of course, he scarfed the ham down first. 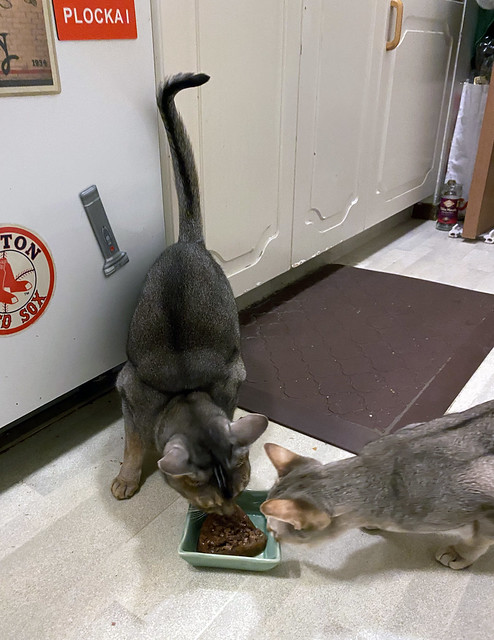 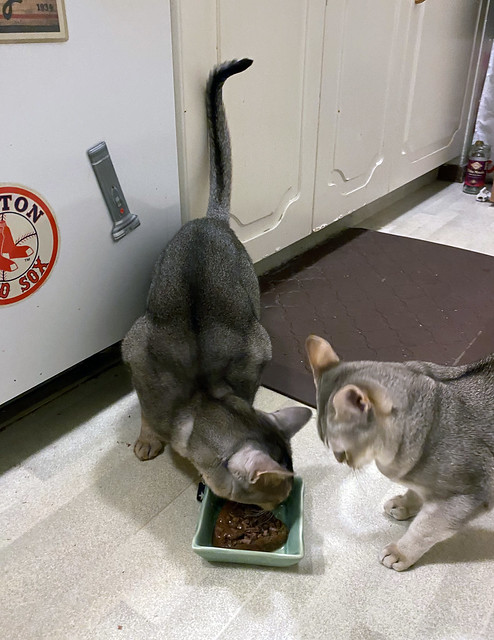 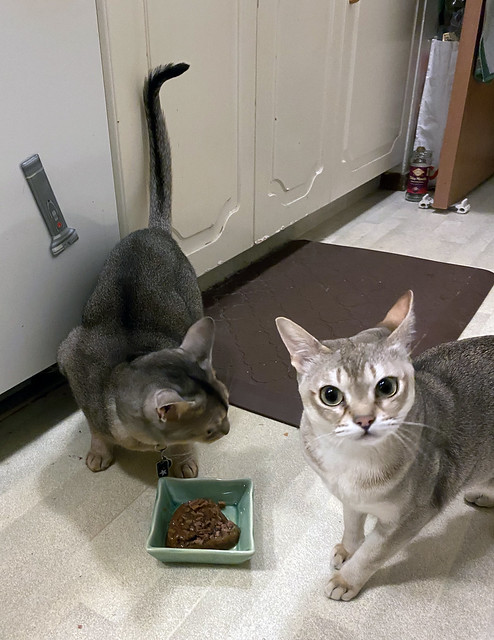 Zak was utterly offended. I mean, just look at his face! 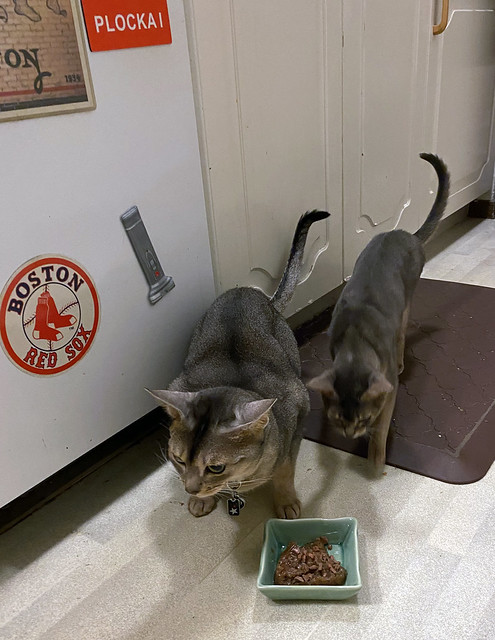 Then, when Freddy wasn’t looking, Lorelai gave it a shot. 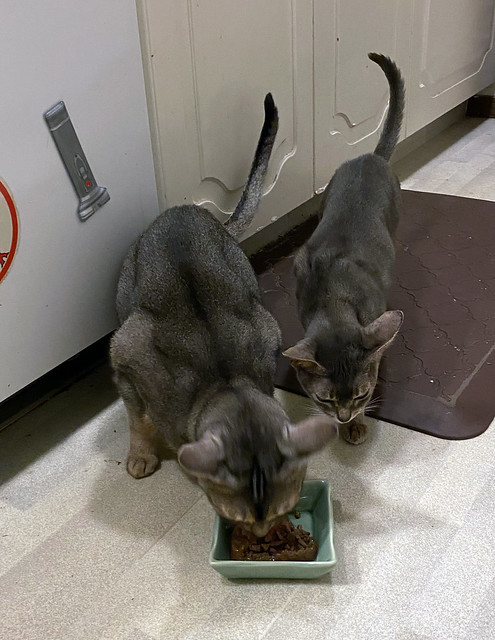 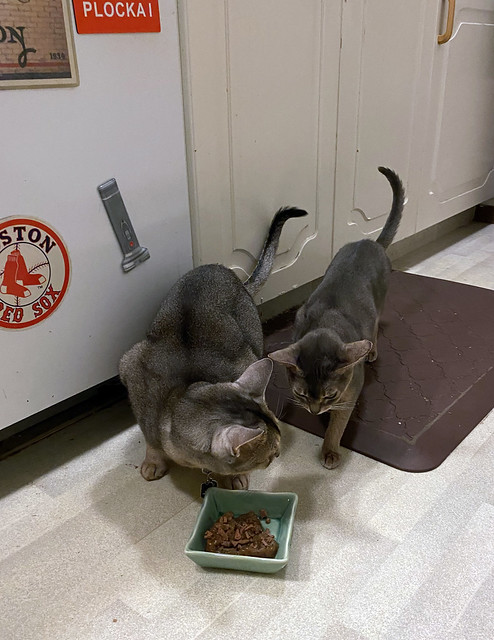 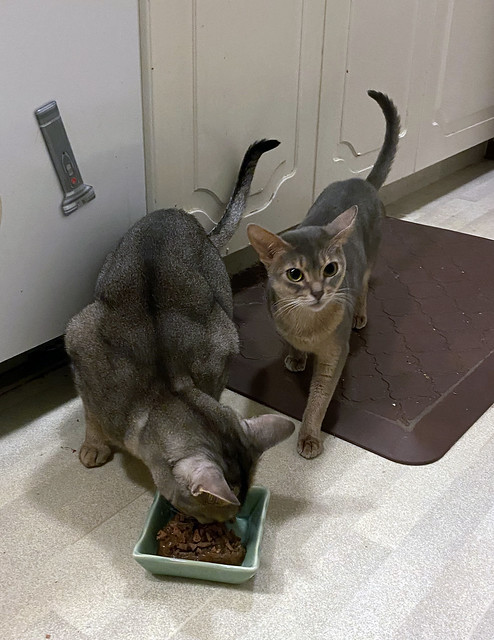 Funny…Rory has the same look on her face that Zak did. 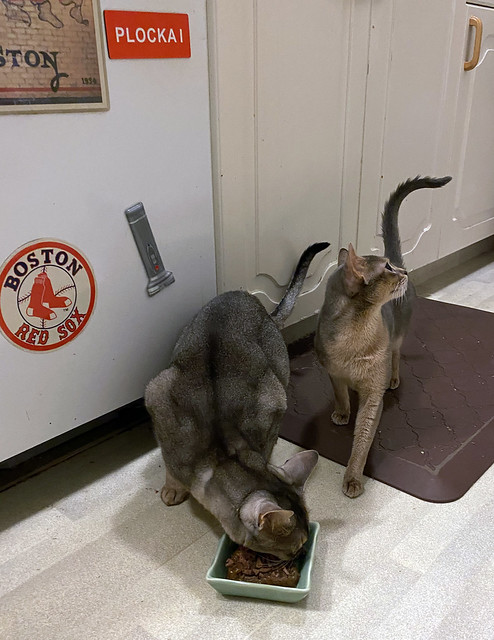 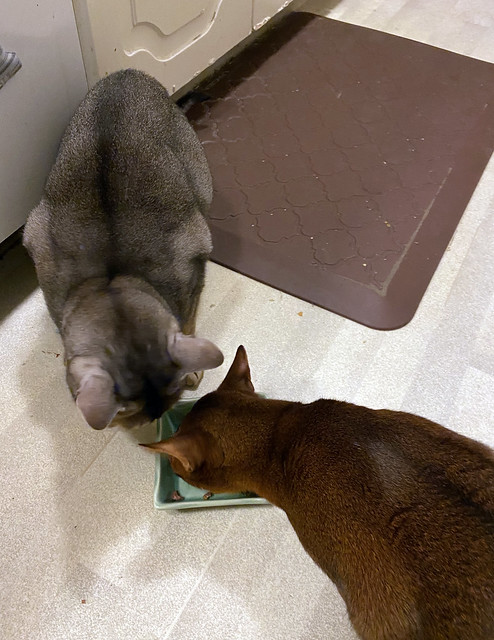 Freddy finally did share his cake, when he was down to a few crumbs. 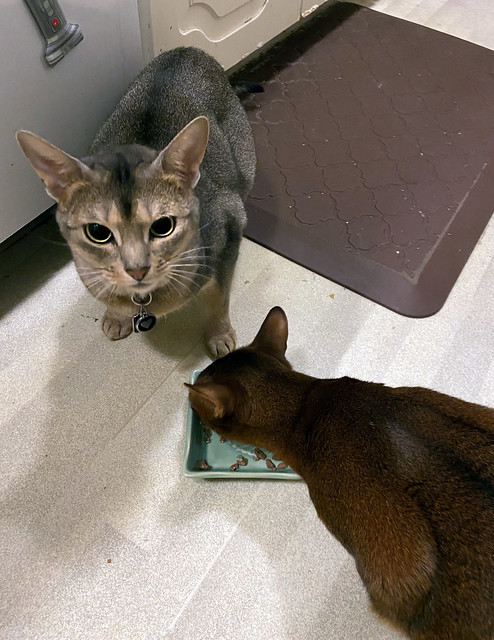 Oh, come on, Fred! You do not get to pull that face!