About a year and a half ago, I wrote about Alfred and Markis and their complicated relationship. 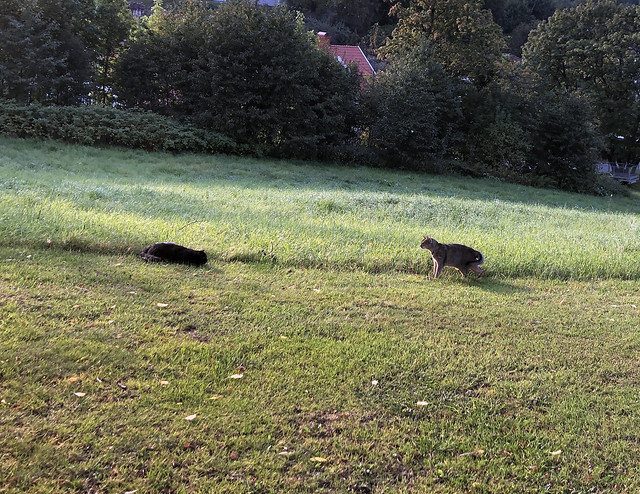 But towards the end of autumn, Freddy and Markis have started to become friendly with each other. 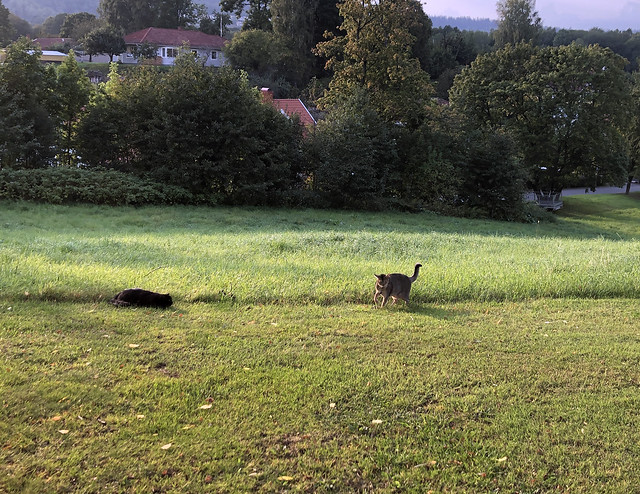 Markis doesn’t hiss at Freddy, and Freddy isn’t puffing up and acting belligerent towards Markis. 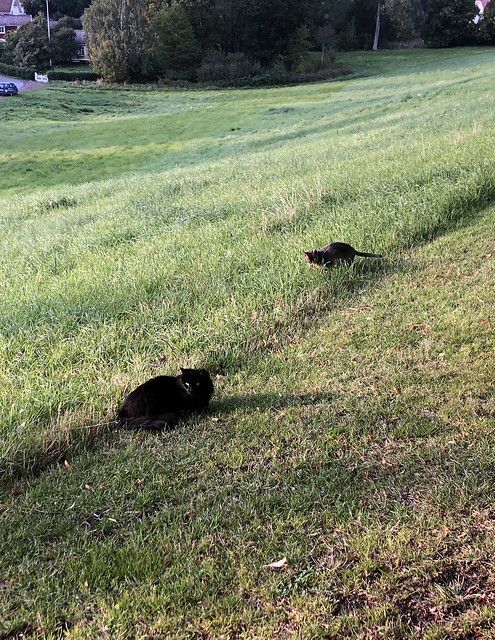 In fact, although I haven’t been able to capture it on digital film… 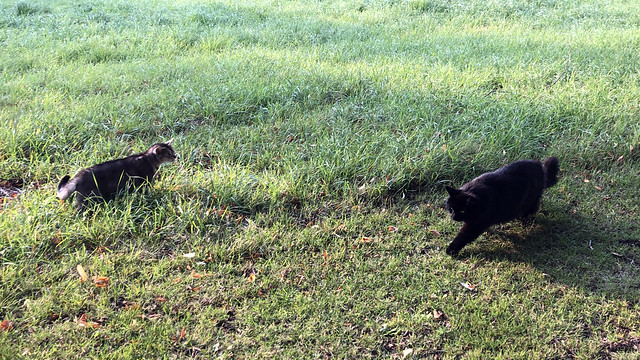 …they have actually started playing when they run into each other outside. 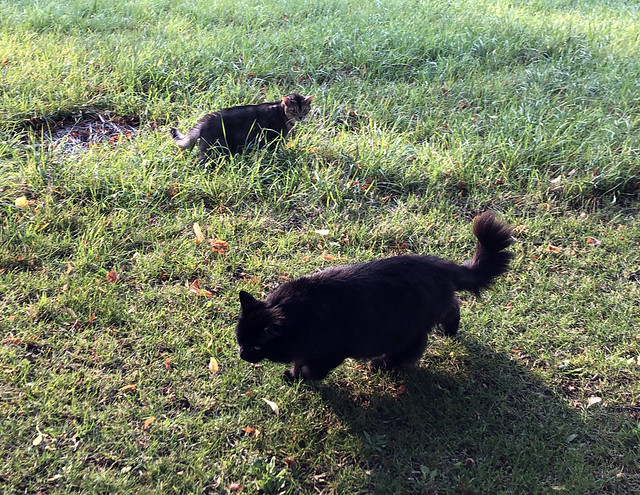 I guess seeing each other in the hallway and whilst outside has convinced the two that neither one is a real threat. 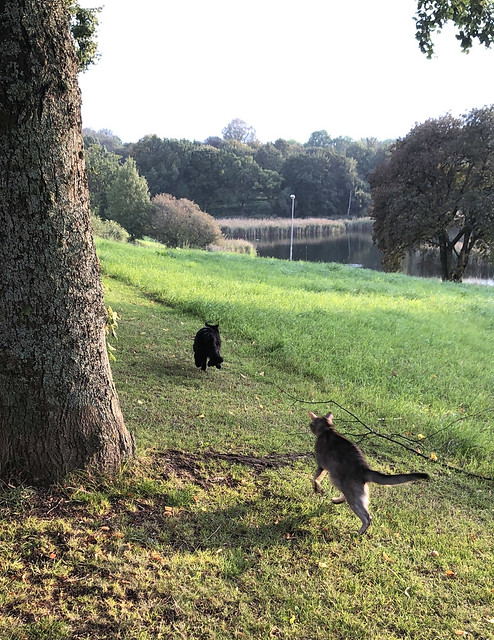 This looks like Freddy is chasing Markis away, but it’s actually the pair of them playing a chasing game. This is the closest I’ve gotten to getting photos of them. 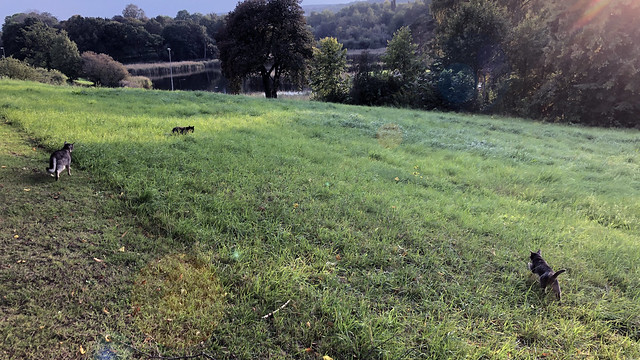 Even Lorelai gets in on the fun! Pretty huge difference from the summer before last, when Freddy thought Rory needed protection from Markis, right? 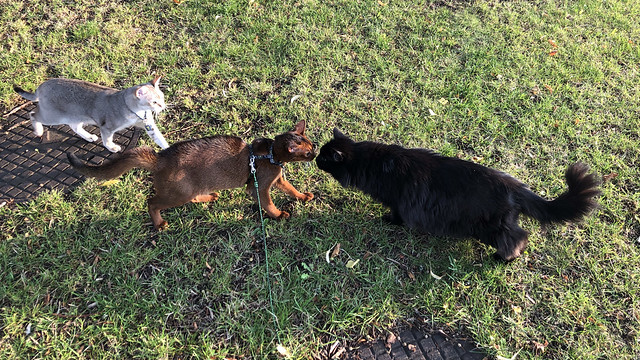 Markis even went up to meet Dashiell on one of his first outside excursions. 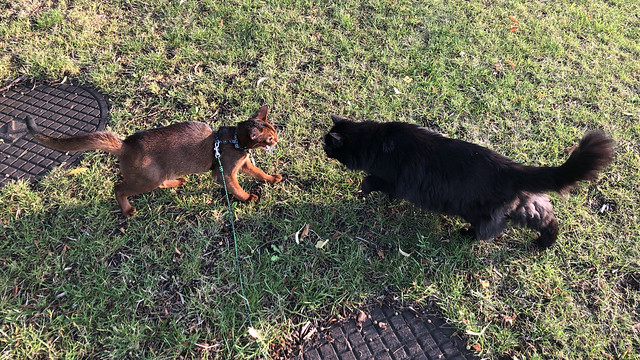