As I have mentioned previously, we’ve been having what can only be described as a crap winter. It’s only snowed four times all winter (if you can call it that), and the fourth time it didn’t even stick. 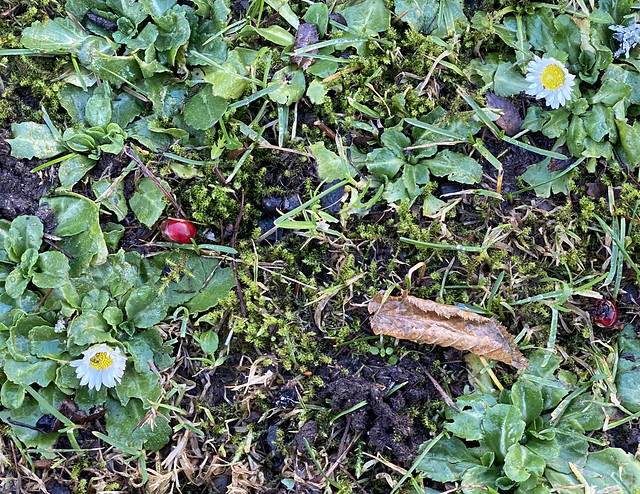 This. This right here is what’s wrong with winter in Sweden. I took these photos on 11 February. Those are DAISIES. 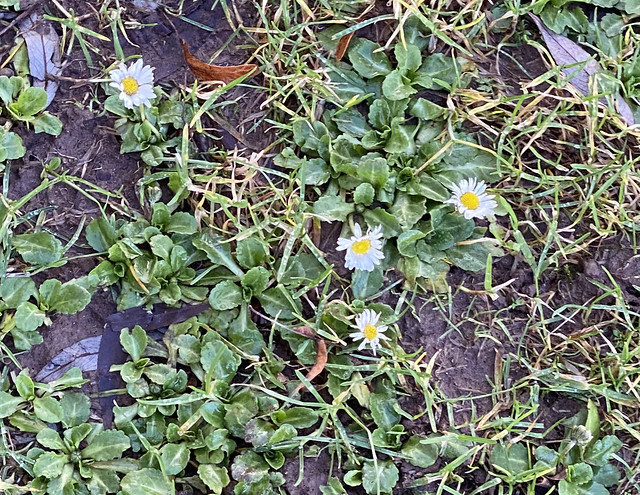 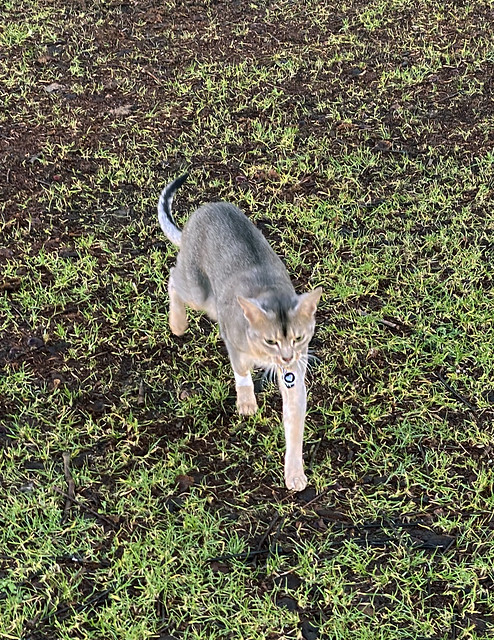 So, it’s wet and muddy…but it’s also green and warm. So, cats got to go outside. 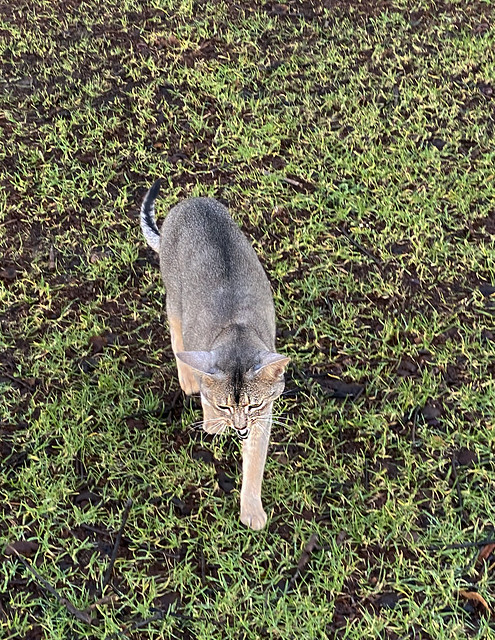 They weren’t as excited about being outside as usual…but it was muddy and wet. 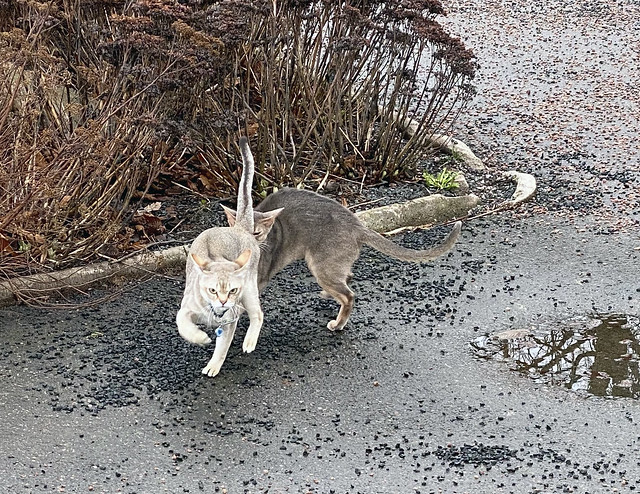 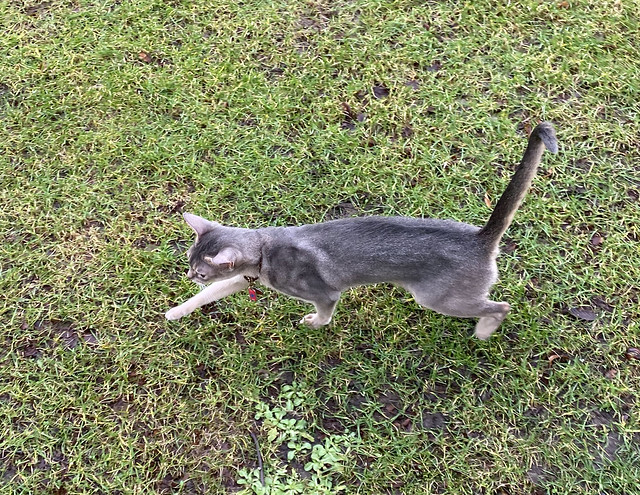 You could see them being picky about where they put their feet. 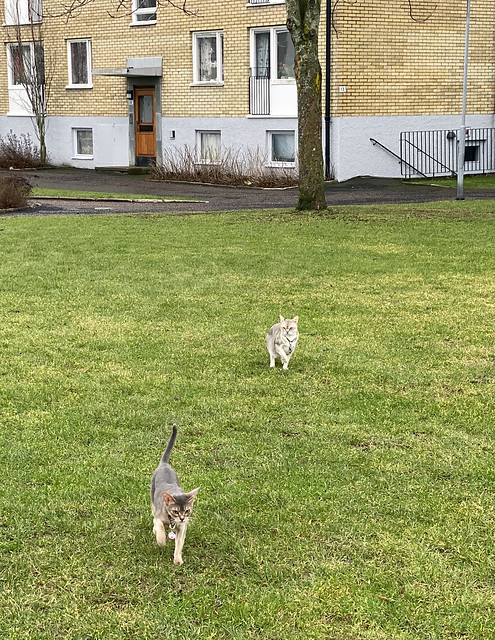 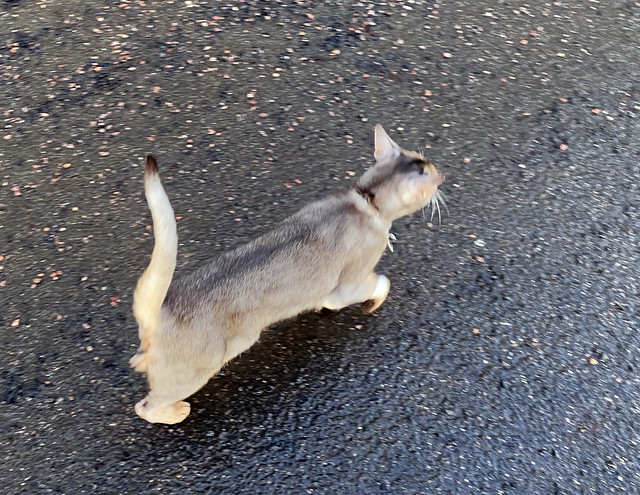 Still, even though it was kind of sloshy outside, it was also 6-7° C (about 43-45°F) which, for February, is pretty damn warm, especially in Sweden. But, you know…climate change isn’t a real thing, right? 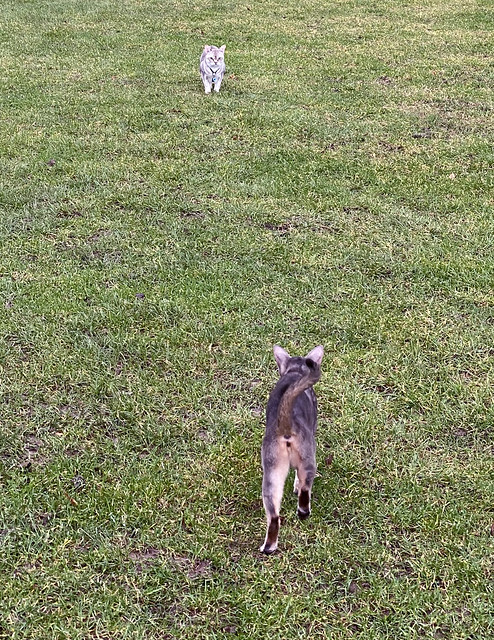 Regardless, I think they enjoyed getting outside so early in the year.